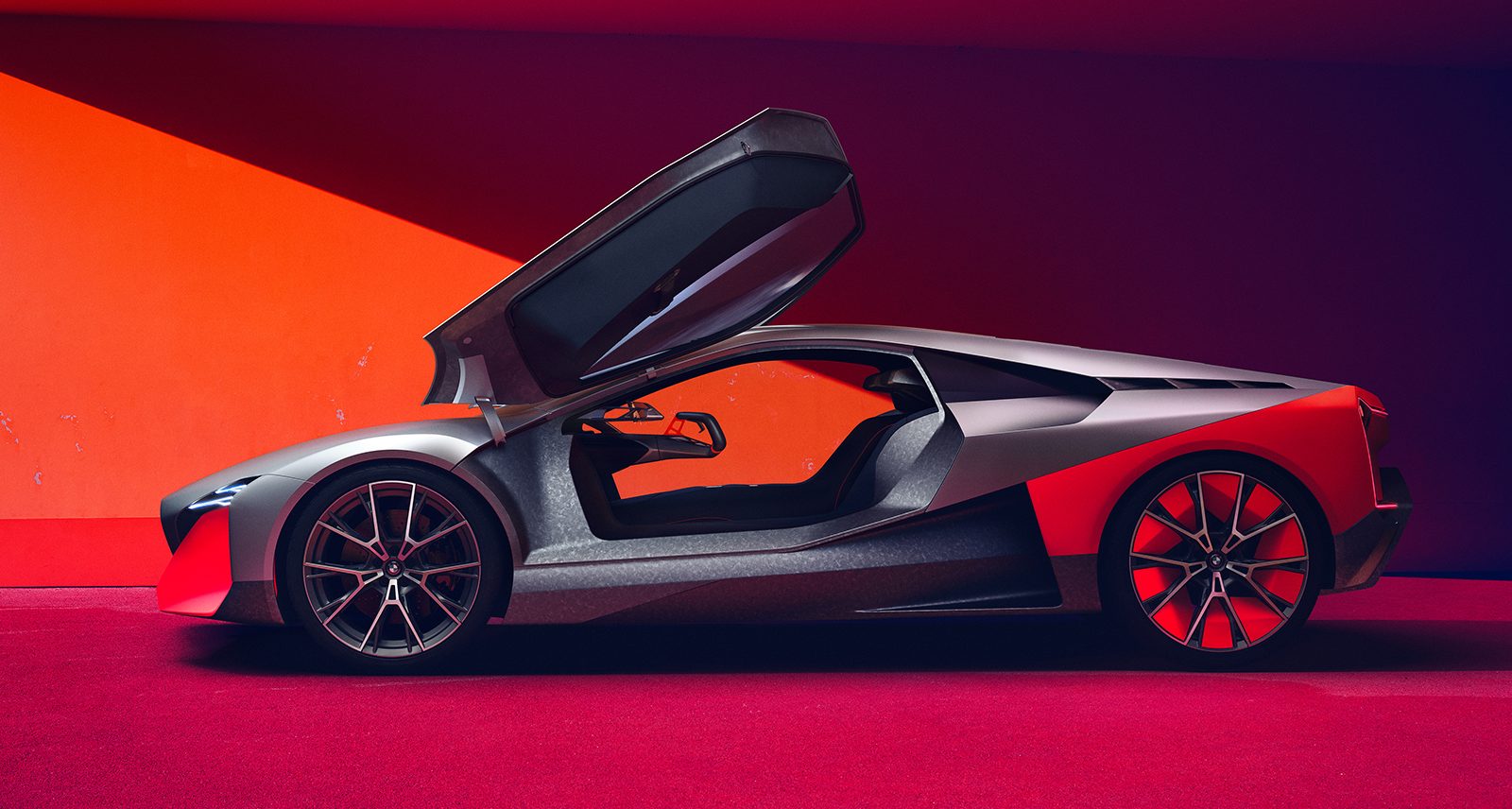 BMW’s Vision M NEXT is the car our automotive editor is most looking forward to. Here, he breaks down the reasons he’s hoping it becomes the brand’s next sports car.

He knocked it out of the park with the brooding Dark Knight soundtrack, just as he did with Gladiator and Inception. We can’t wait to hear what he thinks an electric sports car should sound like. He’s composing the electric engine noise, as well as all the bleeps and bloops of the user interface. No, not the actual car, but a 3-D model to tide you over until the real things hits the streets. When will that be? Hopefully early next decade. In the meantime, download the 3-D data from BMW’s website and head to your local 3-D printer.

There have been a handful of hybrid sports cars, but so far none have quite lived up to the have-your-cake-and-eat-it-too promise of electric + gasoline propulsion. The culprit is battery tech, which is still too heavy. If - and admittedly it’s a big “if” - BMW can make this thing handle like other M cars, it will rewrite the sports car rulebook. 4. STANDING ON THE SHOULDERS OF GIANTS.

The little BMW roundels in the rear flanks are an elegant homage to BMW’s original supercar: the 1978 M1, designed by the great Giorgetto Giugiaro.

Just look at it. As a piece of industrial design, it’s the best we’ve seen from BMW since the original i8 concept, nearly 10 years ago. It’s not retro; it’s not fussy. It’s clean, minimal, compact, perfectly proportioned, and - above all - new. It points toward an exciting future for all of BMW.