Which four-door sedan was good enough to be bought by the Shah of Iran, Frank Sinatra, Telly Savalas and James Hunt? Good enough for Brock Yates to do 40 laps of Road Atlanta in? Good enough for Claude Lelouch to affix his camera to its front bumper in order to film the legendary "C'etait un rendez-vous"? Good enough to persuade Jean Reno and Robert DeNiro to drive it on screen in "Ronin"?

There is only one such car, the flagship of the Mercedes-Benz range between 1975 and 1981. When in most of Europe people were struggling to afford tinny econoboxes on wheels, the Stuttgart company built a truly special version of its W116 range, with a veritable powerhouse under the hood. The engine was derived from the M100, which powered the 600 and 600 Pullman, the car to have in those days for plutocrats and heads of state. It had electromechanical Bosch fuel injection and a dry sump lubrication system, which not only allowed the engineers to mount the heavy engine lower down in the engine compartment, but also permitted the oil change interval to be 20,000 kms. The oil level was checked with a dipstick, but like in the aari-cooled Porsche 911, with the engine running and at operating temperature. The reason why dry sump lubrication is so widely used in motorsport is because it helps avoid oil surge in a conventional sump, which, while cornering at hight speeds, may mean a loss of lubrication and catastrophic engine failure. The reworked motor also had hydraulic valve lifters which required no adjustment for 50,000 kms (normal valvetrains in other Mercedes engines of the era were extremely labor-intensive to adjust), special head gaskets eliminated the need to retorque the head bolts periodically, and the fastest Mercedes four-door of the time required, paradoxically, less routine maintenance than cheaper models. 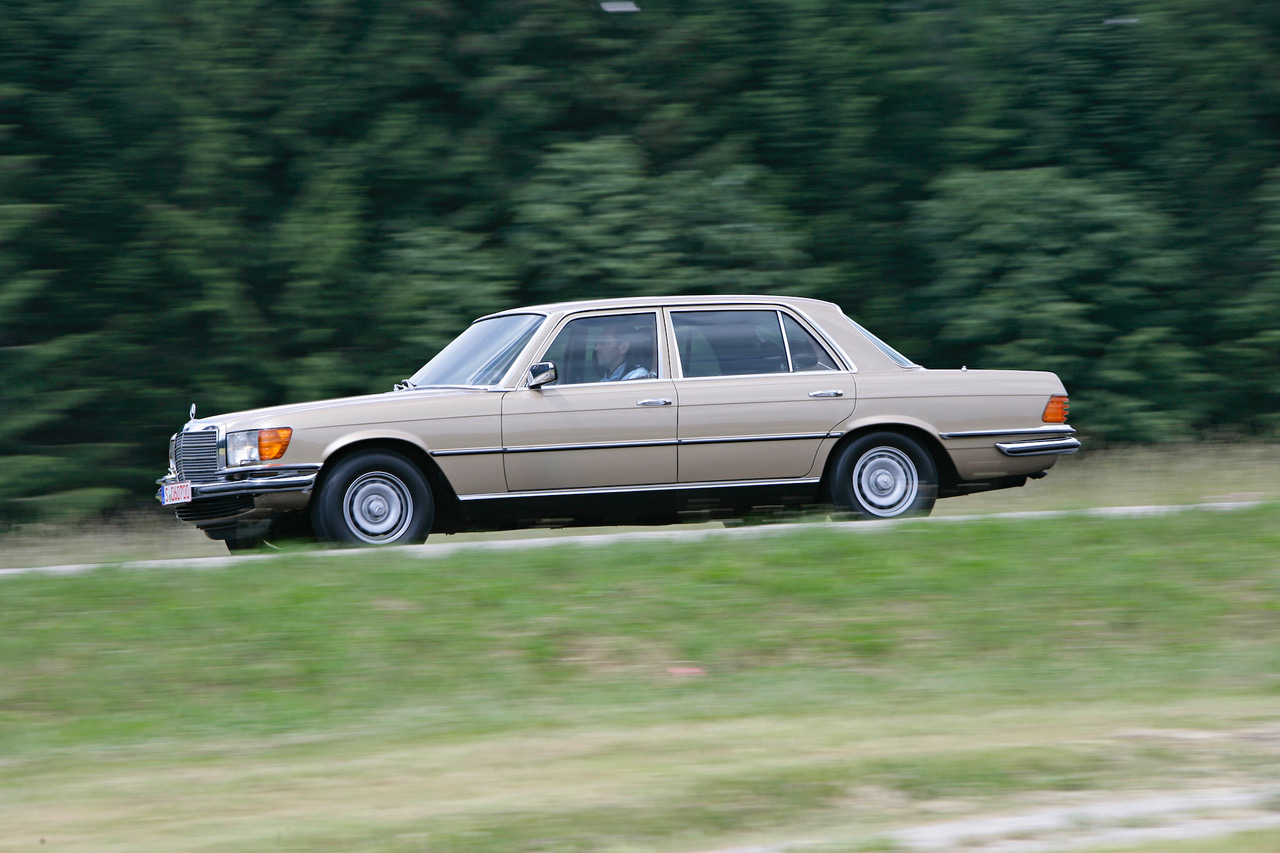 The car was called the Mercedes-Benz 450 SEL 6.9, and it was called "6.9", because it was not convenient to call it "6.834". Its motor easily developed 286 pure German horsepower and over 500 Newton-meters of shove. It drove the rear wheels via a three-speed automatic gearbox and a ZF LSD, propelling the car from 0 to 62 mph in about 7 seconds, and from 0-100 mph in just over 19 seconds, rapid even by today's standards. The top speed was 225 kph which was enough to roar past almost anything found on the autobahn in those days. The car weighed in at 1985 kgs (lighter than lots of similar cars today...), could be equipped with an optional ABS system (for the first time ever), and had hydropneumatic self-leveling suspension, designed by young engineers at Mercedes in such a manner that it would not infringe on Citroen's patent. And it did not, plus it was more reliable, as its hydraulic pump was not belt-driven, but rather driven off the camshaft chain. The suspension also had emergency rubber bump stops which would let the car limp home in the unlikely case of complete hydraulic failure. I once met the engineer who, fresh out of technical university, was ordered by Uhlenhaut to work on the hydraulics; he later headed the teams which developed the Maybach 57 and 62, the Mercedes SLR McLaren, and several generations of SL's and SLK's, so he must have done it right.

Mercedes bosses wanted only the best for their flagship, so they ordered an automatic climate control unit from a supplier who built similar ones for Chrysler, and the A/C compressor under the hood came from a GM supplier company. European-spec cars, however, had a more conventional HVAC unit shared with other W116 models, with typical Mercedes rotary controls. 7380 units were built, and were universally appreciated by racing drivers of the era. It as simply the car to have, if one wanted the best and needed to sometimes carry more than one passenger. Without a doubt, this model started a revolution in market tastes which has now led us to a situation where most premium manufacturers produce sedans with ample power and sports car performance. Premium manufacturers, and Kia, of course. 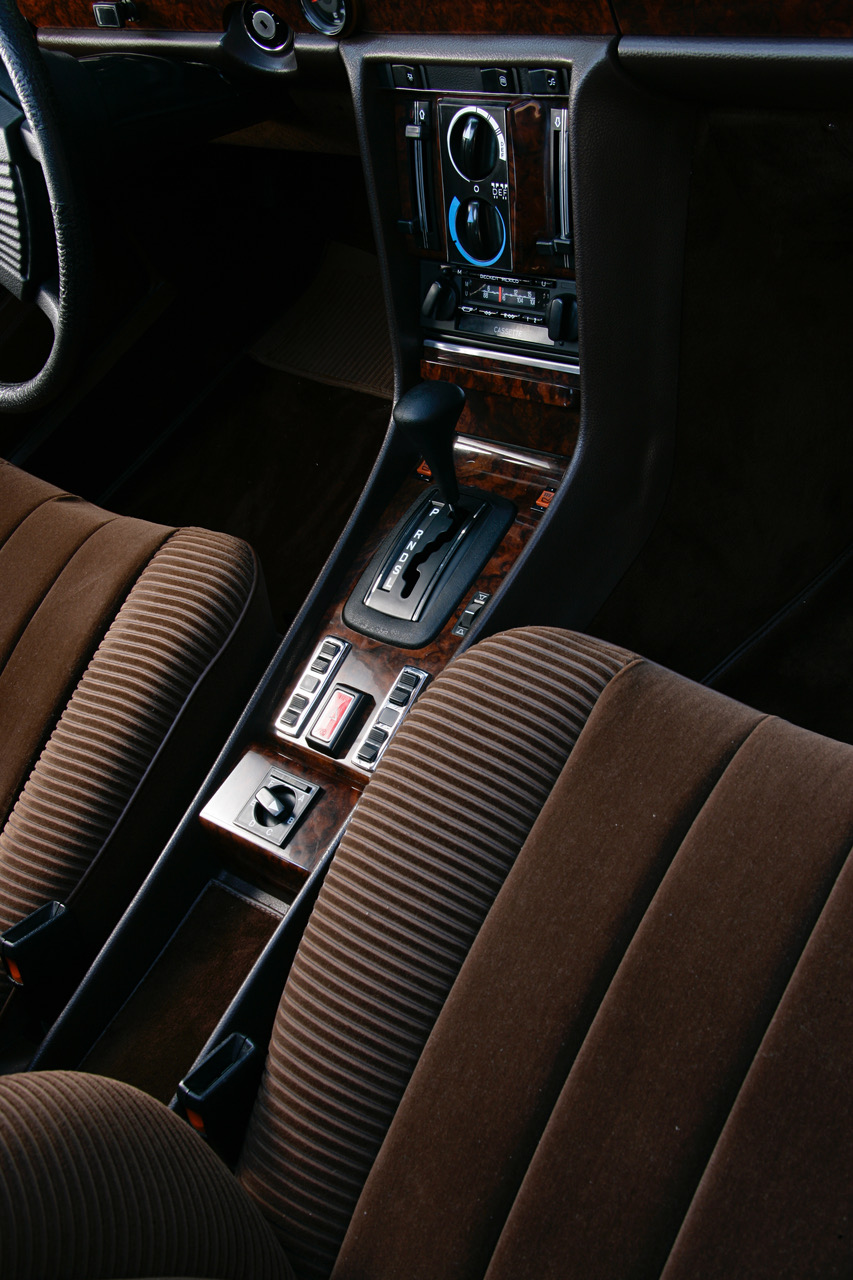 To me this car has always appealed because of its cachet of real exclusivity, its brutal on-paper performance, and its presence in movies. The first movie it appears in, albeit remaining invisible and shrouded in silly urban legend, is Claude Lelouch's fantastic "C'etait un rendez-vous", filmed in one take with no editing. Lelouch had some unused film left over from a big movie production, and wanted to film an explosive short without any dialogue, capturing the magic of a dawn drive across Paris. He learned of the existence of a new, small camera, whose magazine held up to 10 minutes' worth of film, and proceeded to acquire it and attach it to the front bumper of his 450 SEL 6.9, whose hydropneumatic suspension would help stabilize the picture. He positioned some people with walkie-talkies along the route, but this precaution did not do much good as they failed to warn him of a bus near the Louvre. He absolutely had to get it right and arrive in front of the Sacré-Cœur Basilica before the 10 minutes had elapsed, and took a lot of risks. Despite Lelouch himself speaking out in public on numerous occasions, describing the process of making the landmark film, scores of people still believe the car was a Ferrari, driven by a French F1 driver, who later went to jail. None of his is true, but I am not surprised people disbelieve the truth, as after all lots of humans believe the Earth is flat. The SOUND of a Ferrari 275 GTB was overdubbed, however, because it made the movie more dramatic and because the bumper-mounted camera was incapable of recording sound. Here is a French TV interview with Claude Lelouch (in French) https://www.youtube.com/watch?v=2m-ofGDLNlM 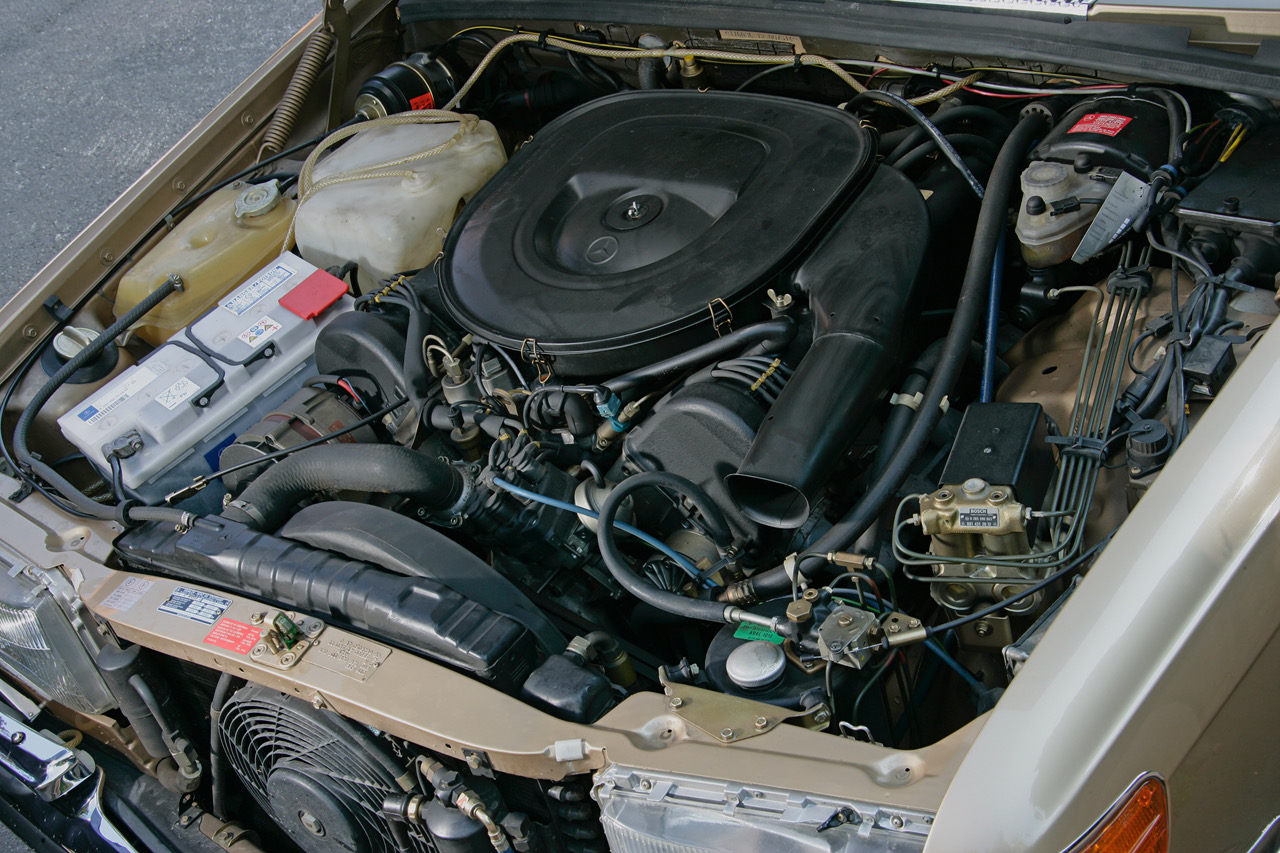 The second appearance of a 6.9 in a motion picture is actually far more important for me, as "Ronin" by John Frankenheimer contains some of the best car chase scenes to ever grace the silver screen. At some point in my career I was trained in advanced driving techniques by some of the French drivers who worked on the set as stunt drivers, so there is a personal element too. John Frankenheimer was already very old when he filmed "Ronin", but had been a car aficionado all his life and had "Grand Prix" under his belt (I was also once told that he had owned two 6.9's himself, but this is unconfirmed). He understood the dynamics of filming cars in motion intimately, and gave us some really unforgettable moments, not only the chase of the 6.9 after the guys with the metal case, but also the Audi S8 sliding across Paris cobblestones and Bob DeNiro convincingly pretending to chase the 535i with a Peugeot 406 on the Peripherique. Still, my favorite shot is when DeNiro stops firing his SIG SG551 and jumps in the car while Jean Reno pulls out in reverse, smoking the tires. The first time I saw this sequence, I imagined Frankenheimer winking at car lovers, because the "6.9" badge is clearly visible, intentionally: https://www.youtube.com/watch?v=ZYDRZ09B5oo

No wonder then that I wanted to drive one, but this is not easy. Mercedes 450SEL 6.9's don't exactly grow on trees, and I finally drove one by pure fluke. I was doing a feature on a then-current S-class vs. what I consider the last real S-class, the 560SEL W126, in the Black Forest region of Germany. Everything was going well, but on the way back to base the engine suddenly spluttered, starved of fuel, and died. I had the presence of mind to immediately shift to N and managed to coast to a layby where it stayed put and would not restart. Contaminated fuel was the culprit as the fuel tank and the fuel lines had not been properly flushed prior to the car leaving for the Schwarzwald. We were stuck. But Dieter, my indefatigable German photographer, decided to call Mercedes Classic and to try to work out a solution. I went to bed resigned. The following morning Dieter greeted me at breakfast, and he was beaming. During the night the guys at Classic recovered the defective W126 and brought me a replacement (I still don't know how they managed to pull it off), a pristine, gold 450 SEL 6.9 with brown velour upholstery and 1,000 kms on the clock. 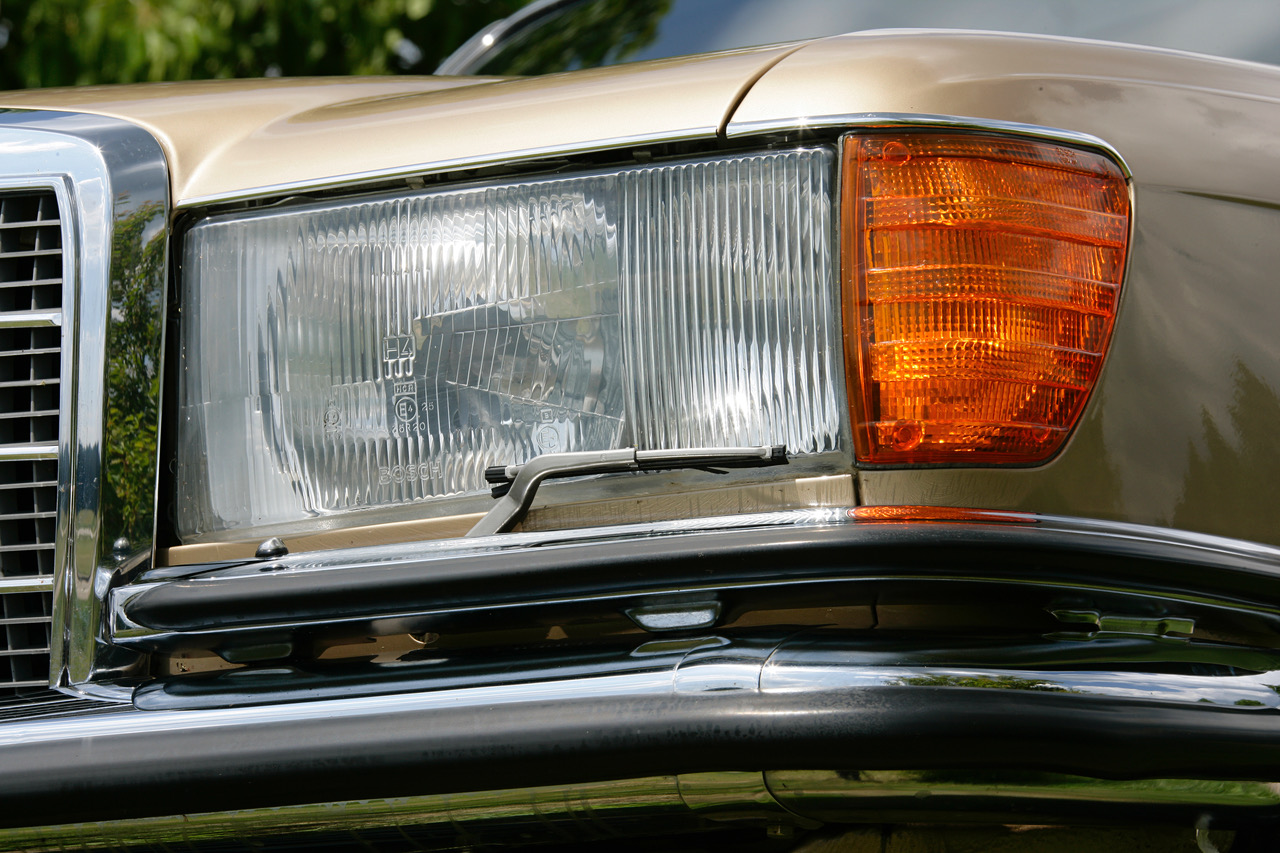 Europe was experiencing a heat wave,with forest fires ripping across Spain, and temperatures in the shade in the middle of Germany exceeding 40 degrees Centigrade. We reached the twisty road section, where we wanted to shoot pictures, before it got really hot, but then the comfy interior of the Merc was becoming unbearable. By the way, in those days velour was more expensive than leather at Mercedes, in case you were wondering. Anyway, I had no idea how to make the aircon work, as on W116's with a standard HVAC system there is no separate A/C button. I remembered vaguely that you had to set the controls in a certain pattern, but had no idea what it was. I opened the glovebox to look for the instruction manual. There it was, still in its original, sealed envelope, untouched. With reverence I opened it, and solved my problem in no time. The raio worked, and so did the mechanical (!) memory dial which could call up stations and mechanically move the tuner needle to the appropriate position. A charmingly analog solution. 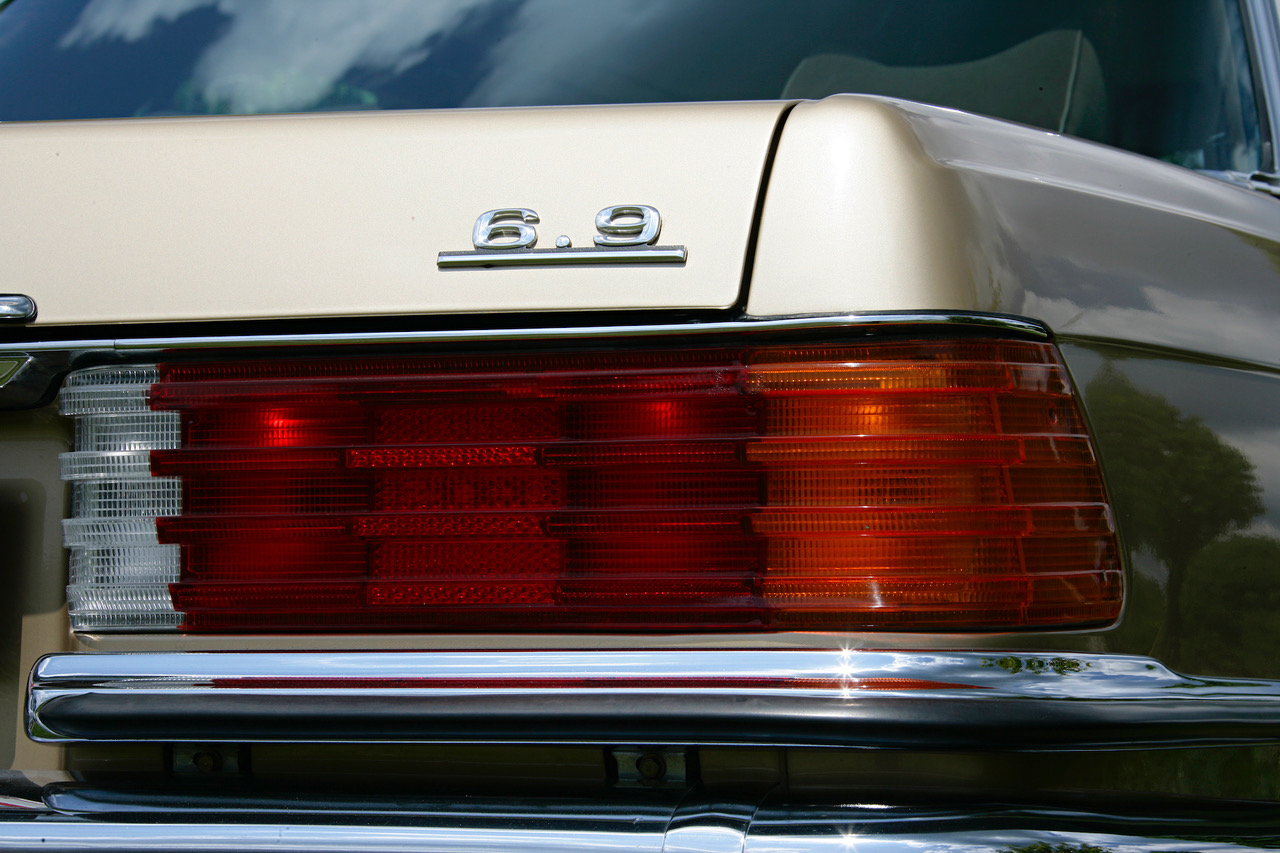 It was time to check out the claim of David E. Davis, that famous American car journalist, who once wrote in "Car and Driver" magazine that the 6.9 could be "tossed about like a Mini". Well, not quite, but close. It rolls a bit, and some people may be put off by the slightly vague worm and roller steering (a policy decision at Mercedes), but it is chuckable in a way that belies its weight, age and looks. The suspension reacts in a meaty manner, ignores minor bumps and instils the driver with piles of confidence. Predictable, natural, linear, a typical Uhlenhaut creation, albeit built after he had retired, by his disciples. On the limit the car will progressively oversteer with plenty of time to apply a smidgen of opposite lock to cure that. The baritone growl of the huge engine, the cockpit ambience, the smell, it was all magic. Sometimes meeting your movie heroes does not disappoint, it seems. Returning the car to Fellbach was also an experience, as at 200 kph the big Mercedes was steady as a rock and overtook modern BMW's and Porsches with aplomb, causing a lot of jaws to drop. And you don't need more ratios than three in the gearbox when your car has this much creamy torque. It accelerates in top gear without breaking a sweat while new cars hunt for ratios and manage their emissions. 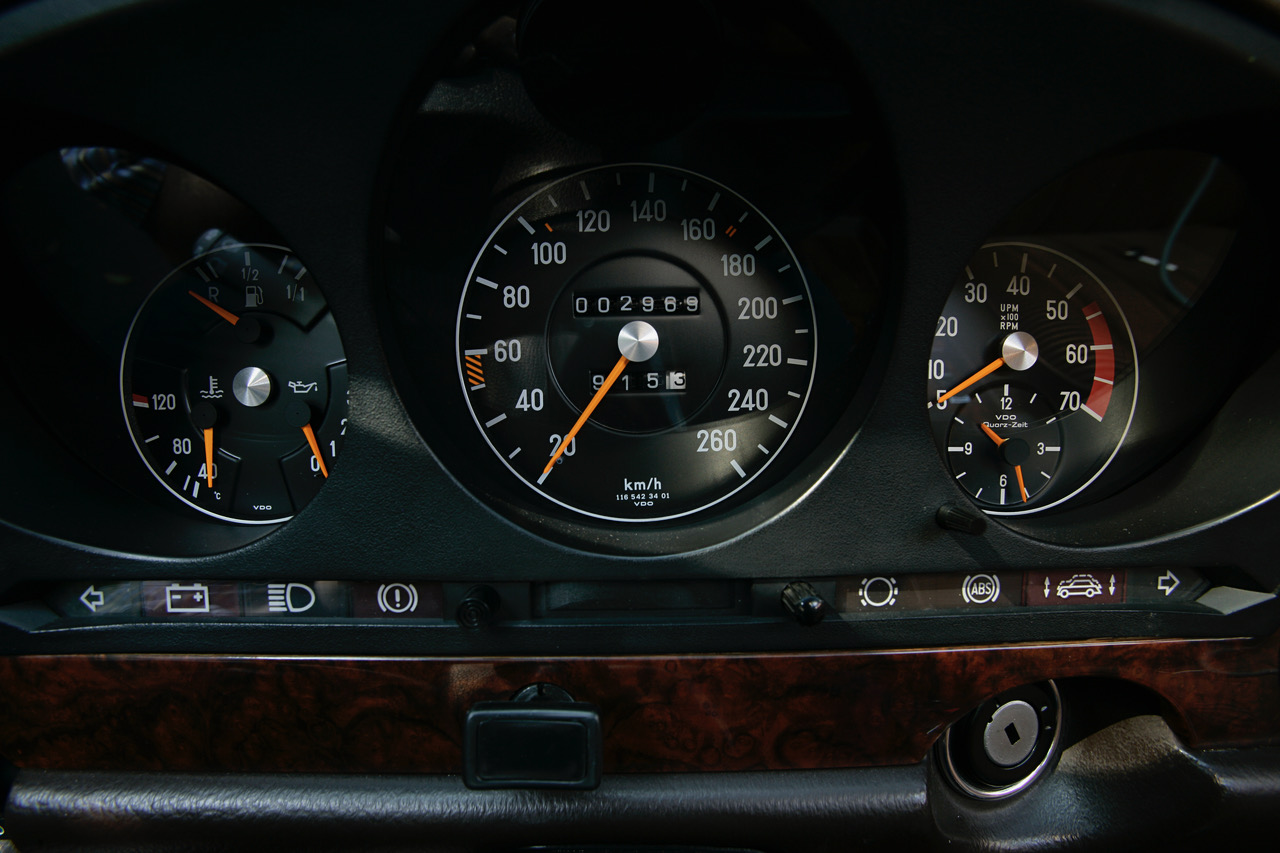 Restored 6.9's cost usually in excess of 50,000 pounds, with examples definitely needing work at just under half of that figure. The main issues are the complex hydraulics (although there are specialists who can fix them, at considerable expense), suspension wear and rust. Unfortunately all W116 S-class Mercedes were prone to rust which usually starts spreading from the front valance and can easily be spotted there. A neglected engine will cost a fortune to fix, and the burled walnut dashboard and console finish is unique to the 6.9 (lesser models had Zebrano wood). Walk away from anything remotely suspicious, and assume that at least the chassis would need work, and adjust the offer accordingly. Having said that, I will always have a soft spot for the magnificent 450 SEL 6.9 and it will forever remain on my list of "cars to buy". Who knows, maybe one day...

What Is Inside Anthony Joshua OBE's New Land Rover Car