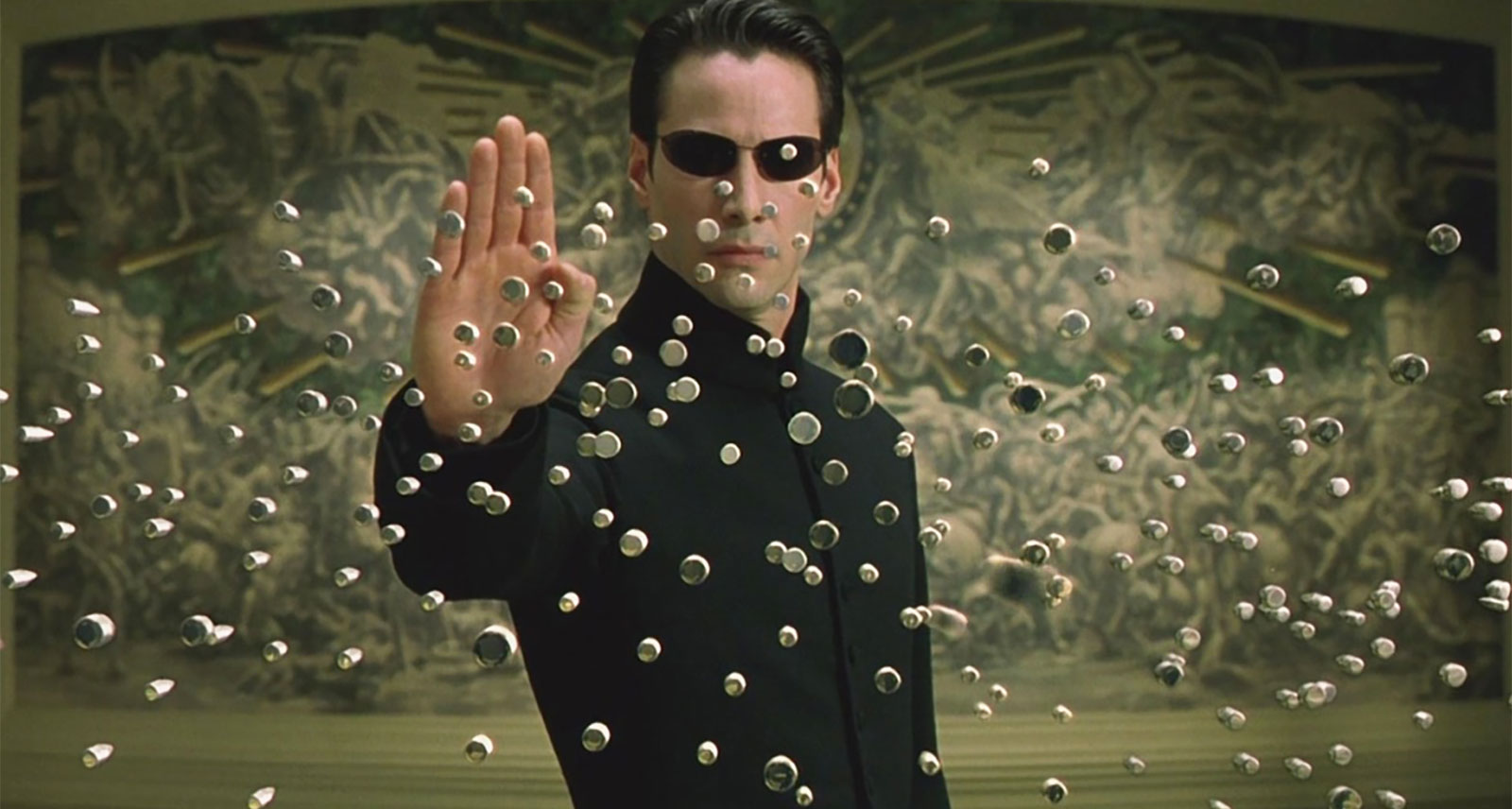 There is only one unalienable truth in this crazy world: if a movie makes a ton of money, you can bet Hollywood is going to try to squeeze as many dollars out of it as physically possible.

Because, despite the fact that there are currently over 100 reboots/remakes/reimaginings in the works, Warner Bros. just added another to the pile: The Matrix. According to The Hollywood Reporter, the studio’s in the early stages of developing a new take on the iconic 1999 sci-fi mindfuck, and so far, the reaction online has been understandably, uh, mixed.

But let’s be real: “This doesn’t sound great.” isn’t exactly a scorching hot take. Most everyone can agree that a Matrix reboot – whatever shape it takes – is probably, in all likelihood, a terrible idea. But what we’re presupposing is… maybe it’s not? Just hear me out.

Here’s everything we know about this reboot so far:

2.They’ve got a writer in mind (X-Men: The Last Stand’s Zak Penn, who sounds psyched?).

3. And maybe a star (Michael B. Jordan). And that’s it. We don’t even know the idea for the story yet. Assuming there even is an idea and not just a whiteboard somewhere in the Warner Bros. offices with “Matrix + reboot = $$$” scrawled on it.

The early thinking is that the studio will go the Star Wars route and try to develop a prequel and/or standalone side story out of this universe (see: Rogue One, the upcoming Han Solo movie). Sure, the sequels stumbled under the weight of their own world-building, but remember, the Matrix is a world where literally anything goes. There’s a lot to work with here.

At least it isn’t going to be a TV show.

Buried in that Hollywood Reporter article is the news that the studio was originally considering turning The Matrix into a TV series. Which is about as terrible an idea as making a Lethal Weapon show. Or Taken. Or Rush Hour. Oh, wait.

The movie’s getting old. And so are you.

In two years – which is when this new Matrix movie will in all likelihood be hitting theatres – it’ll have been a full two decades since the original first came out. Yes, it may not feel like the movie’s almost twenty years old, but that’s just because you’re almost twenty years older now too. In reality, a Matrix reboot is no more sacrilege than a new version of The Thing, or Psycho. It’s just that now it’s happening to one of your favourite movies growing up, not your older brother’s or your parents’. This is what happens when you get old. Better get used to it.

That new “déjà vu” scene is going to be sooo meta.

The Wachowskis aren’t involved. (Yet.)

Conventional wisdom dictates that it’d be a wise move for any reboot to involve the creators/writers/directors/producers of the originals in some capacity. Even if it’s just securing their blessing. But, devil’s advocate here: did you see the sequels? A fresh set of eyes might be just what this universe needs.

They can pack it with cameos.

You’re not the only skeptic.

Apparently not everyone is fully on board with this whole reboot idea. Some at Warner Bros. consider the original trilogy “among the studio’s sacrosanct properties, such as Casablanca.” Which, no. Just no. But the point is, you’re not the only one here who holds the original Matrix in high esteem.

That guy’s great. We can all agree on that. And we are 100% here for Jordan going from Next Big Thing to full-blown movie star. Plus, he’s even got prior experiencing rebooting iconic franchises.

It (probably) doesn’t even matter anyway.

Maybe you’ve heard the new theory that’s gaining traction about how we’re all living in a Matrix-like simulation. It’s not… unconvincing. (Although if that’s the case, filling said universe with another movie about how we’re living inside a computer program seems a tad on-the-nose.) So, yes, maybe this new Matrix reboot is yet another indication of Hollywood’s creative bankruptcy. Or maybe this whole thing is just a glitch in our own Matrix’s programming. Whoa.