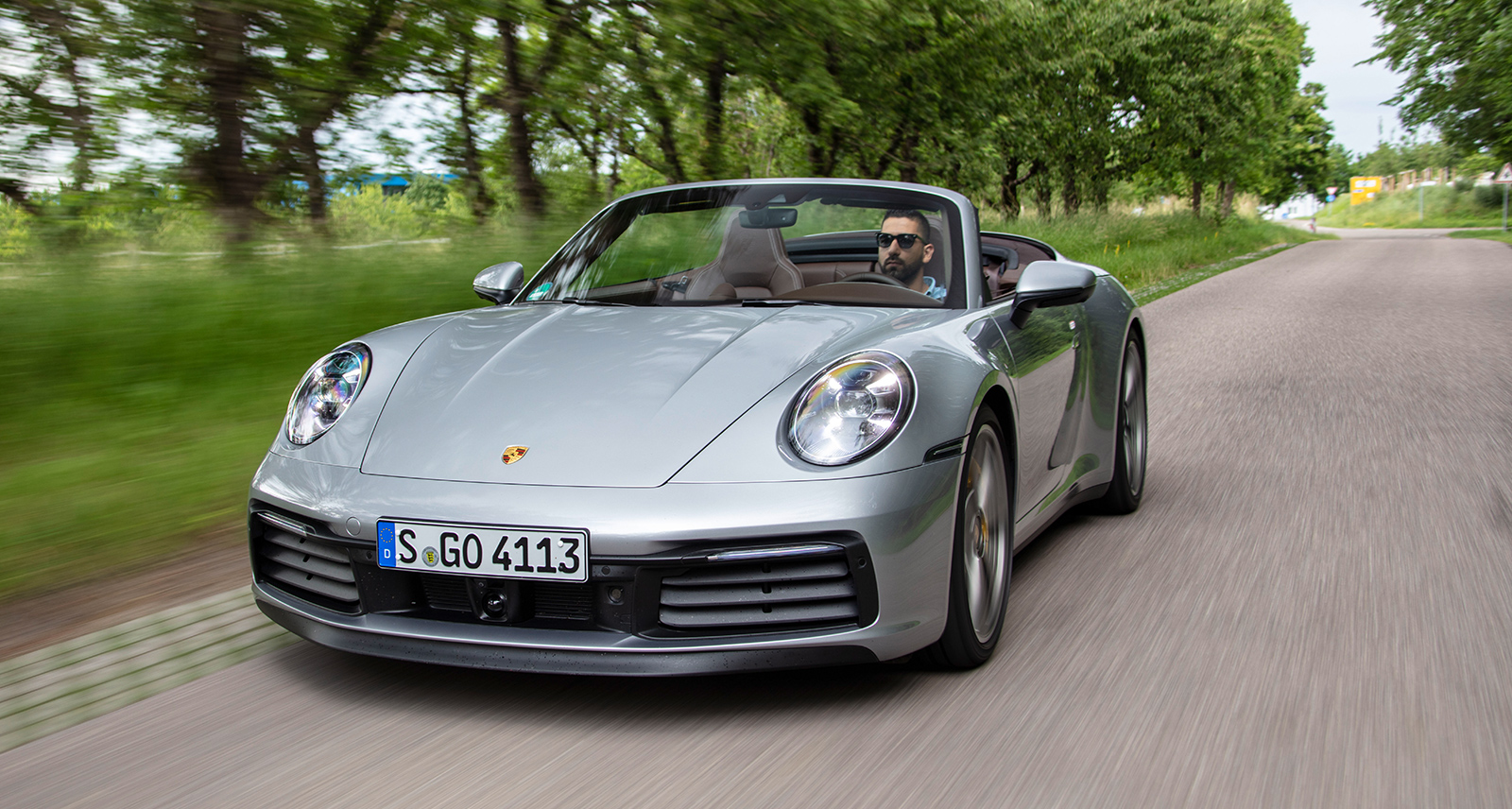 The whole Porsche thing, essentially, started as a cult. In the 1950s, when Doctor Ferdinand settled his red brick factory in Stuttgart, the raspy little cars quickly gained an eccentric following of non conformists, who recognized Porsche’s early racing successes and fell under the wrong-engined spell. In their lightweight, aluminum roadsters and coupes they roared ahead of the wake of an air-cooled racket. The horizontally laid out engine sat way out back, behind the rear wheels, and gave the early Porsche a tendency to get into all sorts of trouble, usually involving a tree or a ditch, if the driver wasn’t up for it. 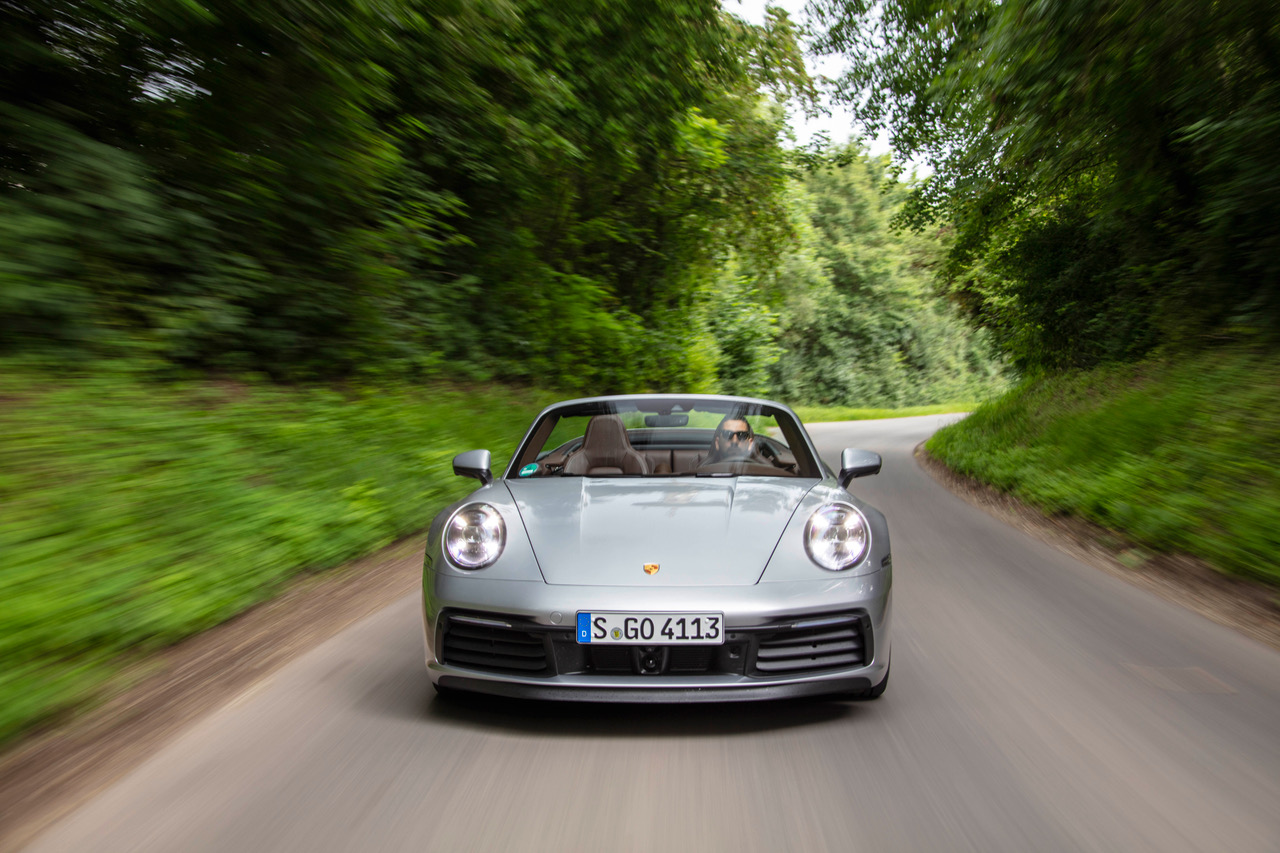 Porsches were approached with a hint of intimidation along for the ride, but the company never turned its back on the irrational rear-engined concept. Stubbornly, Porsche perfected it instead, to evolve the greatest sports car on the road, the one to do it all. It’s right there in the numbers - Porsche sells more than a staggering quarter-million cars a year, although to be honest most of those are SUVs and crossovers. Still, the signature model, the Porsche 911, has made it to its eighth generation more than half a century after the original rolled out in 1963. Throughout that time the 911 has changed greatly, but the fundamentals remained: the shape, the engine, and the core of it all… 911s are daily drivers. 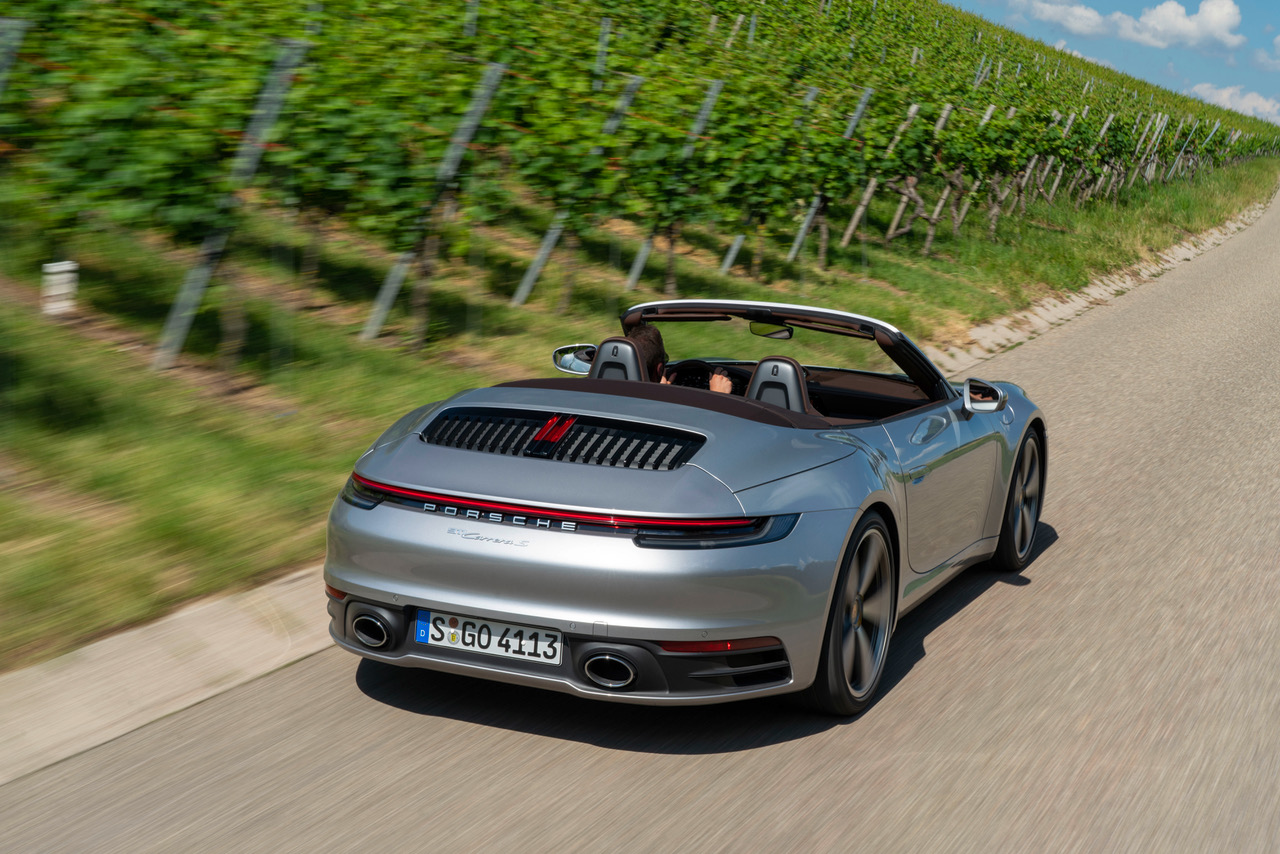 With this eighth-generation 992, in code-name speak, the Porsche 911 is now more useable than ever, treading on the verge of being an outright GT. That’s the segment you find Bentleys and Mercs in, and when first stepping into the new 992 it hits you straight away. The interior is the biggest step yet - apart from the jump we got in the 1990s from the 993 to the 996 - with a huge move towards digitalisation, a term insiders love to throw about these days. Porsche looked to its mainstream products (if you can say ‘mainstream’ in the context of hundred-thousand-dollar cars) like the Cayenne SUV and Panamera four-door when doing the 992’s interior, because it’s displays and touchscreens everywhere. You can also spec wood trim, which when matched with brown leather comes across as surprisingly extravagant, even for a 911. In essence the interior seems far more luxurious than sporty, with enough variety in textures, shapes and radiating high-definition colours shooting off the screens to make it almost distracting - I’ve never described a 911 cabin as distracting before. 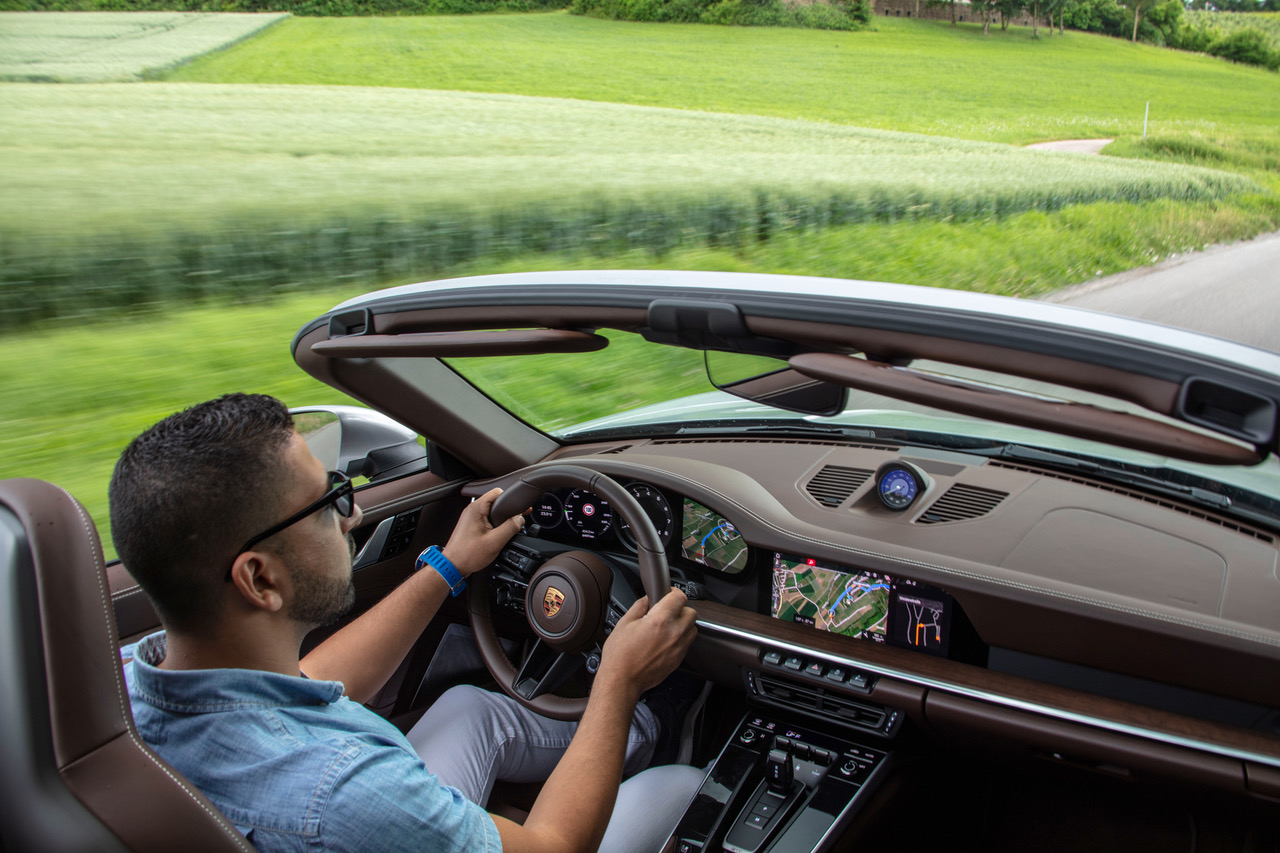 The new toggle switches in the centre are a nice touch, because they clear up previous clutter around the gear shifter, and it seems suitable to have a traction control switch up on the dash anyway. Speaking of the shifter, I think Porsche missed a point here because you either have one or you don’t, however they chose a middle ground here and the middle ground is a frail looking little lever. My only other complaint concerns the door pockets, which are now fixed whereas before they used to tilt open. I got rather used to them, and no amount of tugging in the 992 got the door cards to loosen for my water bottle, so I guess at least it’s built well. 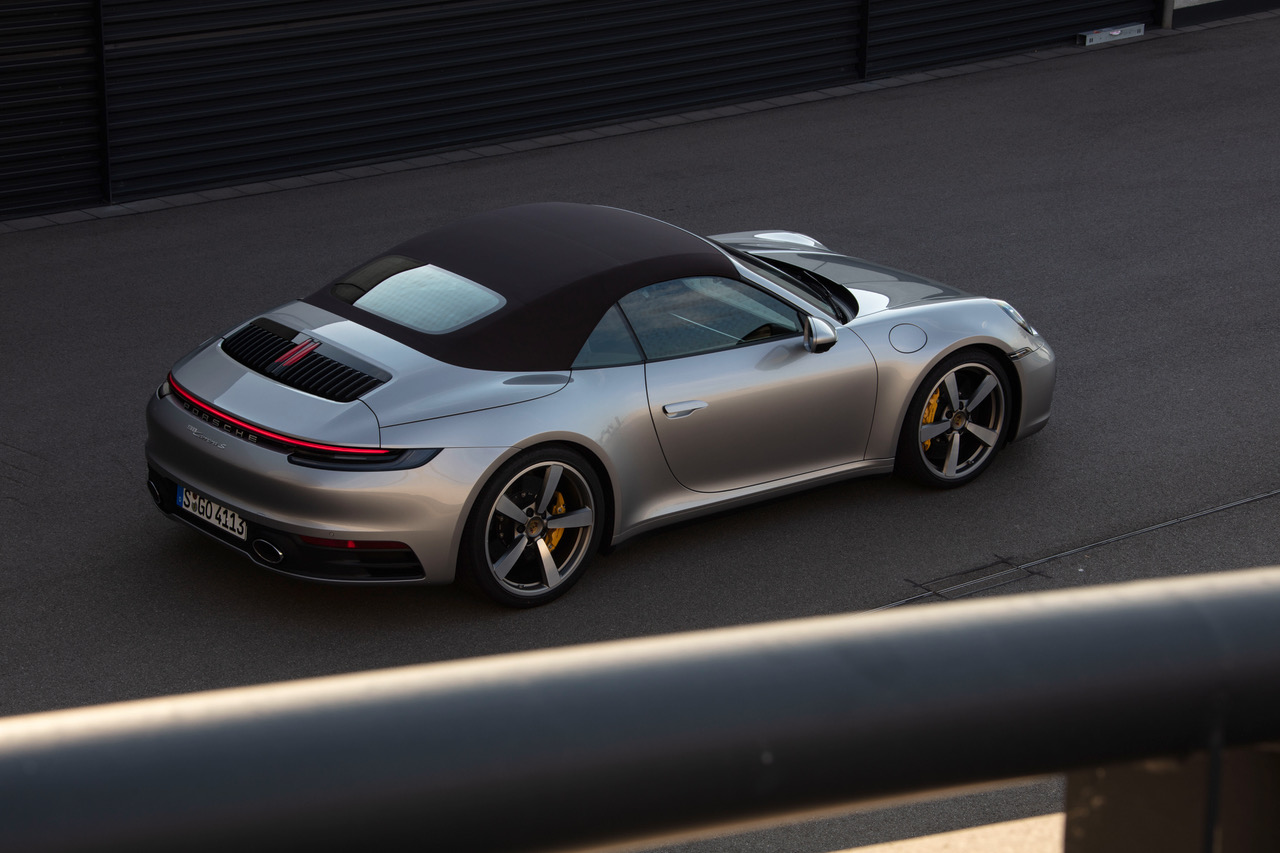 You do feel a little small in there though - the centre cluster running between the front seats is a huge structure enveloping you inside and it does tend to feel like you’re bunkered in. The waistline is so high up you can’t rest your arm through the window. The reason is that the 911 is now bigger than ever, requiring 20-inch wheels at the front and 21-inch wheels at the back to fill the arches out properly and nail the proportions. The increase in size, again, helps with stability and brings the 911 closer to a GT than an out-and-out sportscar. We did establish that daily usability is what the 911 is about, especially in this Carrera S trim which is the mid-table spot of the 911 range, but some of those slightly unnerving 911 characteristics wouldn’t go amiss.

The frenzy of the old naturally-aspirated engine is also long gone, so the entire 911 range (except for the upcoming hard-core cars from Porsche’s racing department) now comes with loads of turbocharged power and torque, which makes the engine so flexible and muted around town, except that this refinement also means you miss the thrill of a rev needle spinning right past 8,000rpm.

With numerous chassis advancements and more electronic assistance than ever in a 911, as well as options such as carbon ceramic brakes and four-wheel steering, the car is predictable in its handling and appears to just take anything you throw at it. Sailing past 300km/h on the derestricted German autobahn from Leipzig to Stuttgart, the Carrera S seems to be in its element. Without question Porsche’s 992 is the most complete 911 yet, balancing the chore of daily driving with huge performance to an admirable degree. 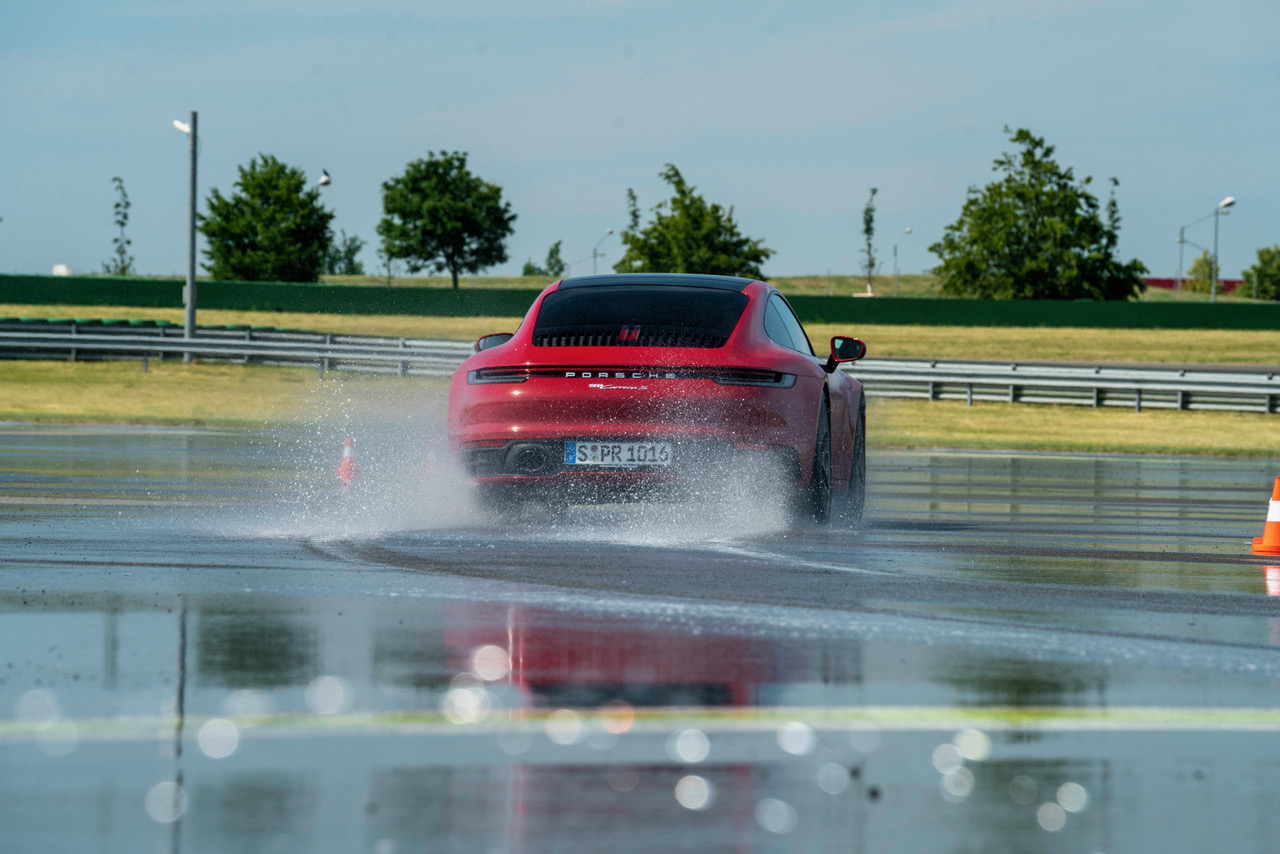 On our rushed tour of Germany, with a lot of time spent blasting down the A9 autobahn, the 911 felt comfortable on its oversize wheels and low-profile rubber, with enough gadgetry to keep you interested. The details abound too, with a flush-fitted 10.9-inch screen, knurled finished switches, natural grain veneer, or carbon fibre if you tick that box. 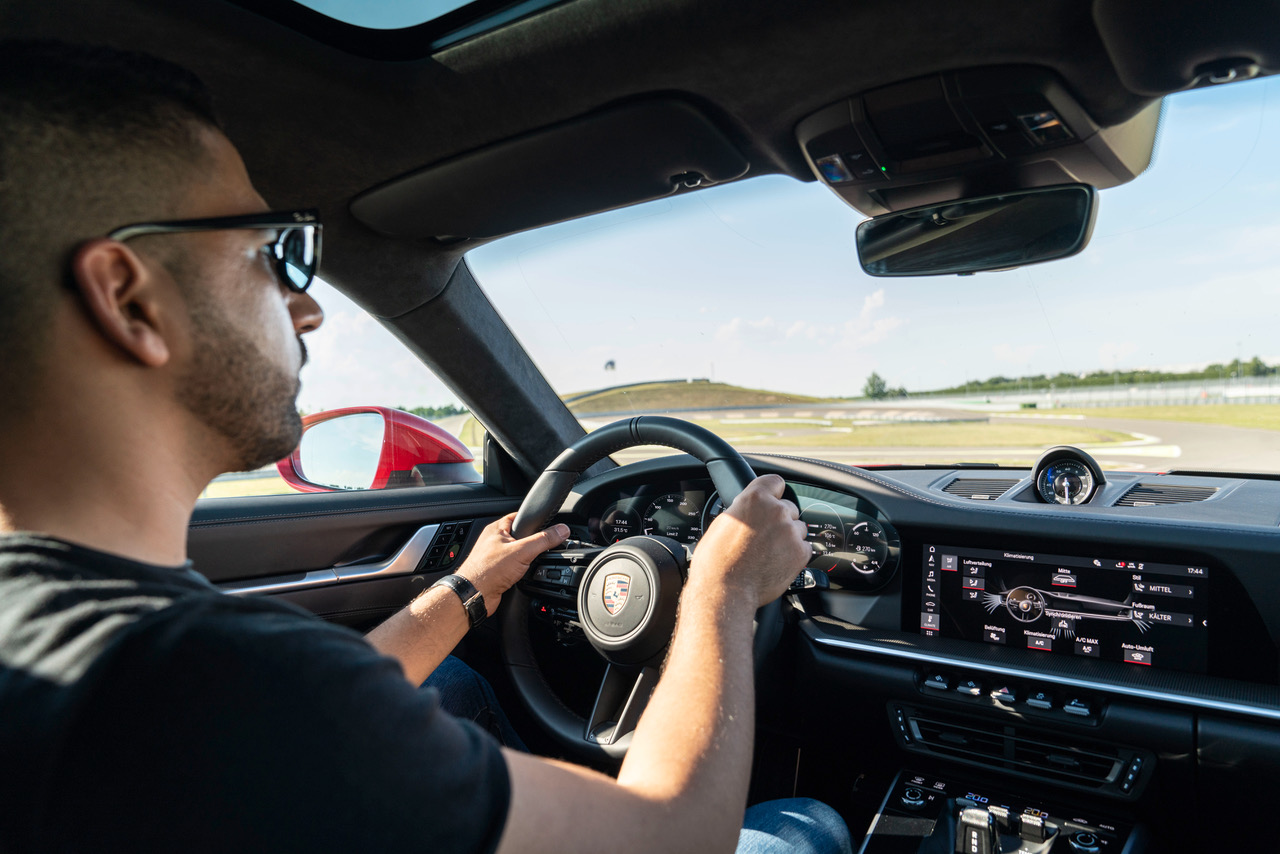 Porsche has even thought to upsize the new 992 with a tailor made fit for the modern, larger populace. Since this 911 has grown longer and heavier than ever, it’s only right to have seats that fit the 21st century human, so they’re bigger too, although mounting them lower in the new car has retained the comfortable driving position. 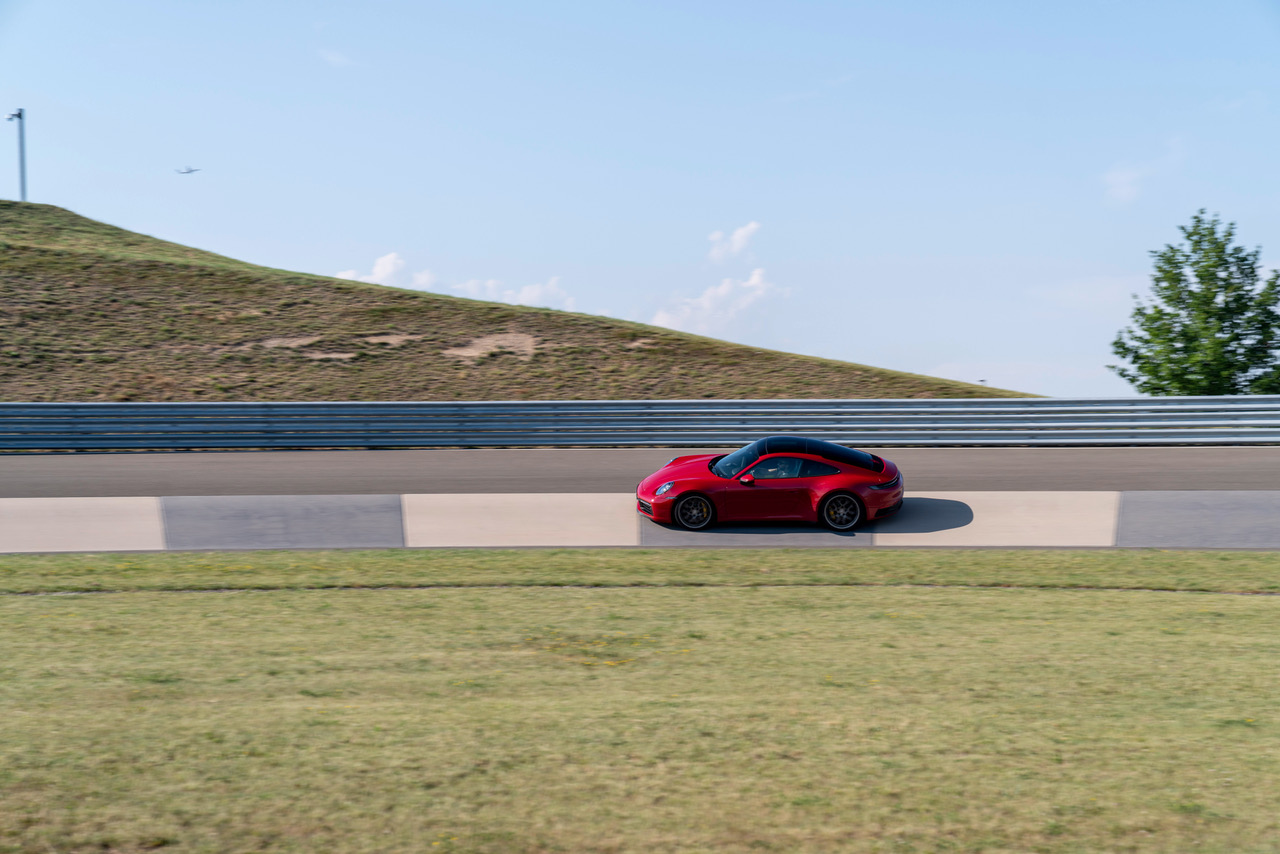 In becoming so rounded and versatile however, the 911 is now quite far from the concept of a puristic driving experience it expressed back in the day. There are far too many electronics and luxuries and complications in this car for everyone to agree that this is the best 911 ever. But the   cultists can argue about that one.

I don’t know when manufacturers started believing that all cars have to be all things to all men, but they did, and even the 911 can’t remain immune to progress - customers asked for a bigger, more comfortable, GT sort of 911. And that’s exactly what they got. Those who want a multi-purpose sportscar will have to consider the 992 as one of the finest options on the market. The rest of us, the minority, will have to wait for the high revs and wild thrills of the GT3.