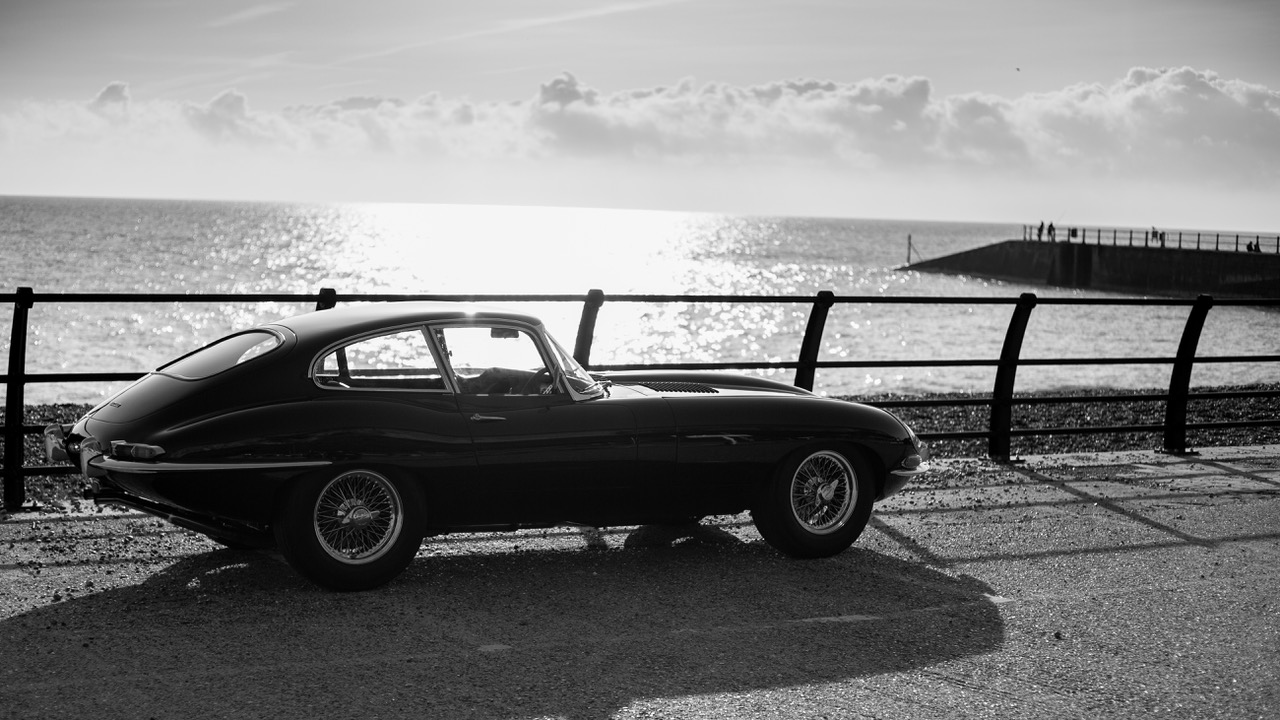 Classic cars are a bit like serious offroaders: lots of laymen dream of driving them. Usually only until they actually do: classic cars require skill and don't mollycoddle drivers, and proper 4x4 vehicles are usually hellishly uncomfortable. The fact that something looks good in the background of selfies does not make it easy to drive. Many people who want a classic car because of its visual appeal are shocked to discover that they actually must understand the physics of driving and that they must possess the requisite skills, or they will end up dead.

They are surprised at the lack of power-assisted steering, the difficulty of maneuvering at low speeds, the physical strength required to operate the controls. And, most of all, by the lack of an electronic safety net which makes everyone feel like a hero in modern cars. Disappointed, they go back to their plastic vehicles and their color display screens, never to find out what they are missing. It is for such customers, affluent people just dipping their toes in the classic car market, that the CKL 002 prototype was created. 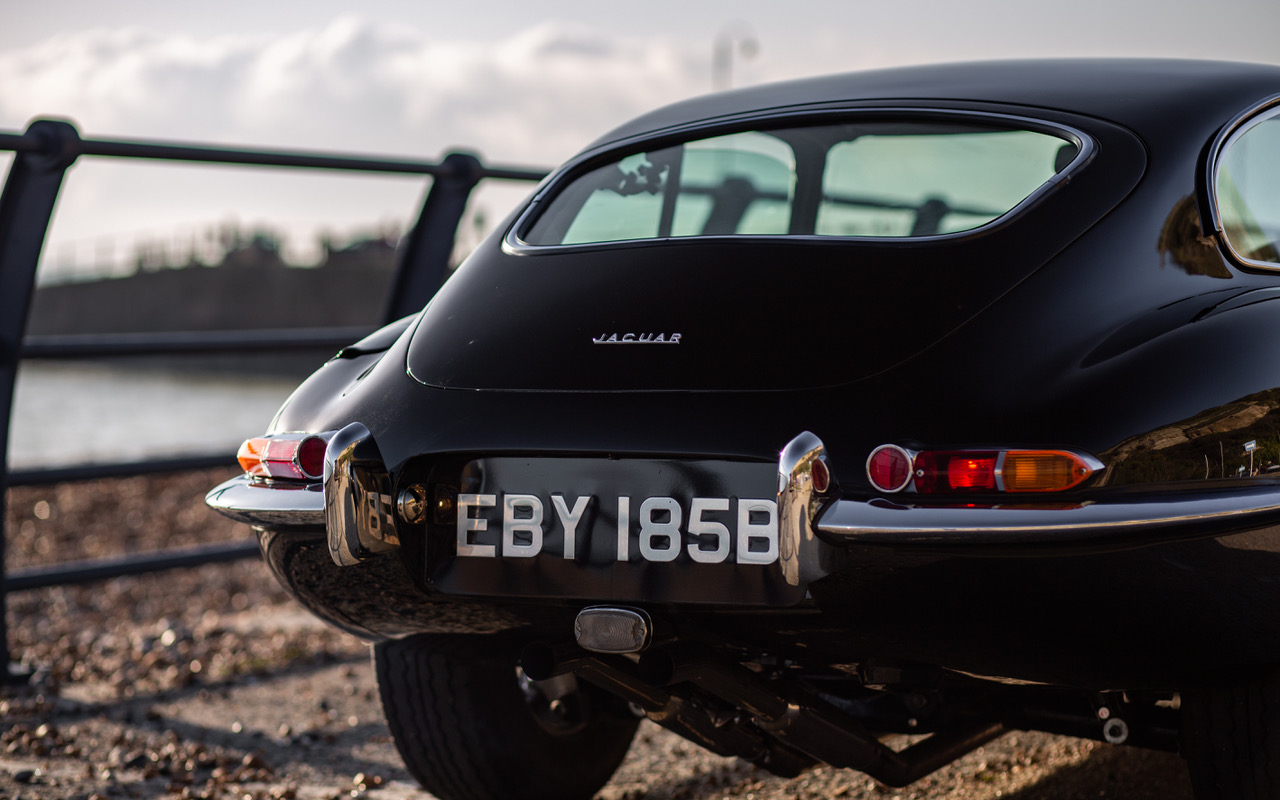 CKL Developments Ltd., a British company located in the village of Battle just outside the historically significant seaside town of Hastings (where the Normans defeated the English in 1066), thought about building a car like this for the first time about five years ago. CKL is best known for preparing XK and E-type Jaguars for competition, and it enjoys an enviable reputation in that field. No wonder then that it decided to apply its extensive practical knowledge to the development of a modernized classic Jaguar for discerning enthusiasts, those who are tempted to drive an E-type, but are not ready to live with the demanding original on a daily basis. 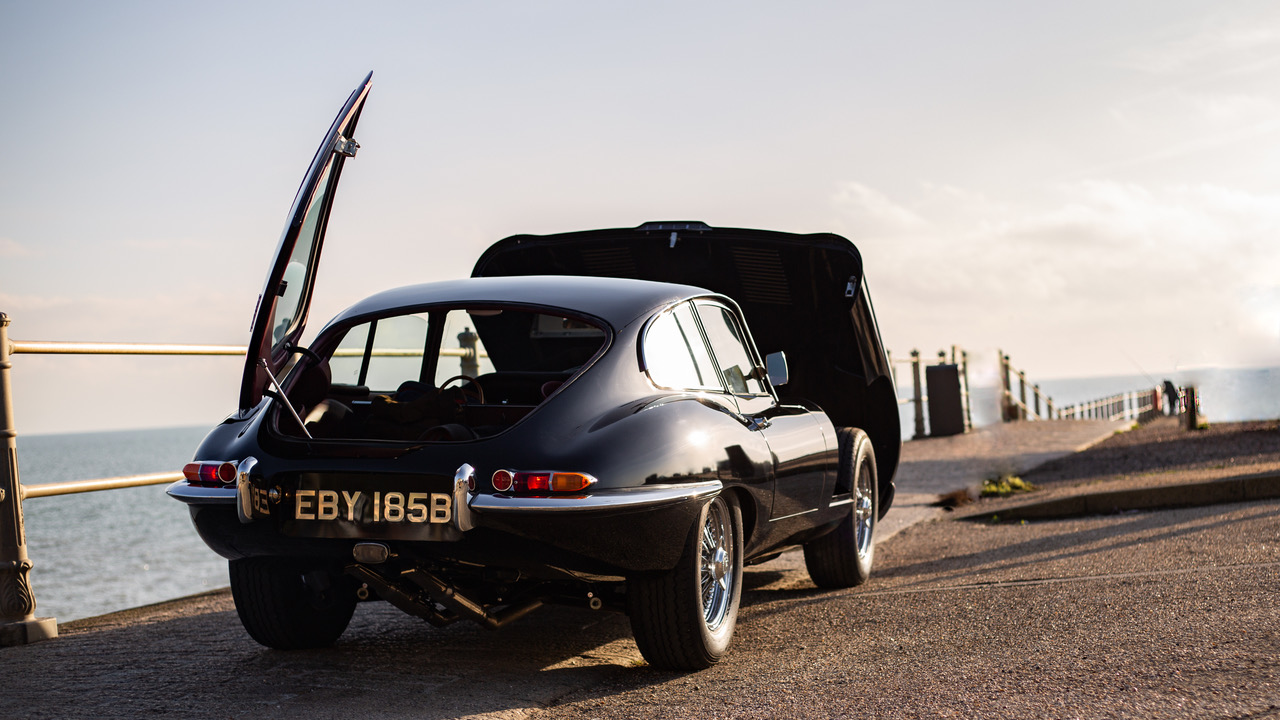 Such clients have been commissioning the fashionable restomod-type cars for years now. Restomods preserve the appealing look of the original, but feature updated mechanicals and electronics, modern materials, more reliable engines and are much easier to drive. Porsche-based restomods are the most notorious ones, with Paul Stephens building them in the UK, Singer and Guntherwerks in the US, and HOMA RS in Poland. Eagle in Britain builds cars based on the E-type, but these are extremely expensive; an Eagle Speedster could buy you a small developing country. Buyers pay six figure sums (or more) for a car they have to wait several years for, a car which will be resplendent in captivating colors, with the interior finished in brushed aluminum and quilted leather. The thinking behind CKL 002 was slightly different. The emphasis was not on looks reproduced in tasty Instagram posts but rather on creating possibly the best-driving roadgoing E-type ever. CKL wanted to develop a car for a connoisseur driver, a car which would look good, but not overdone. CKL 002 will not attract the attention of social media warriors unless they are experienced enough to spot the wider tires. 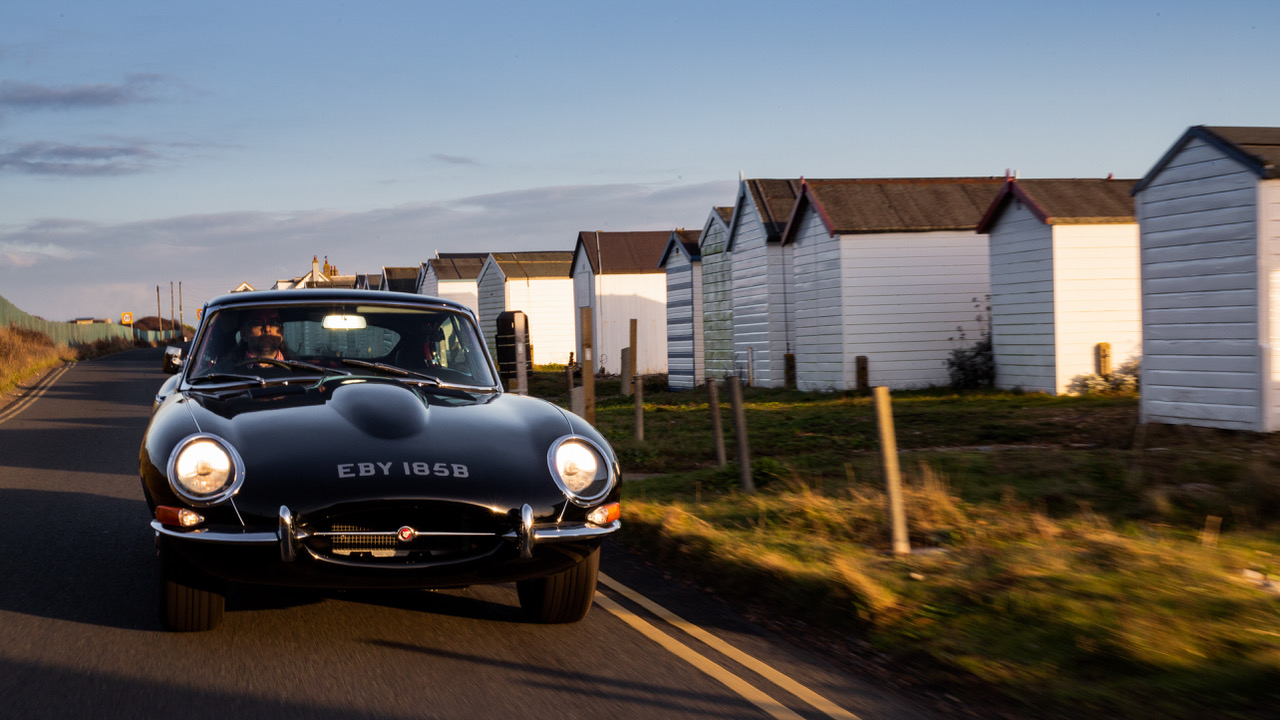 CKL employs engineers who take care of Jaguars which compete in various racing series, including at Le Mans, so they approached the project with the same level of professionalism. A donor car was handpicked, with the chassis number V7616, and the development process started with a thorough restoration of the structure of the body. All corroded parts were removed and replaced, everything else was sandblasted and refitted precisely prior to painting. A brand new engine cover was fashioned out of aluminum and installed, with great care being taken to align it perfectly with all the other body panels. Normally this is an Achilles' heel of E-types which have been restored hastily. The finished bodywork was carefully rustproofed, the engine subframe was replaced, all external chrome-plated parts were rechromed. The car was then repainted, and the result is stunning. Because the panels are so straight and true, with not a trace of filler in sight, the deep black paint seems shinier than the finish on a Steinway concert grand. I unexpectedly feel a pang of regret at having to expose this level of perfection to road dust and grime, but cars are built to be driven. Especially this one. 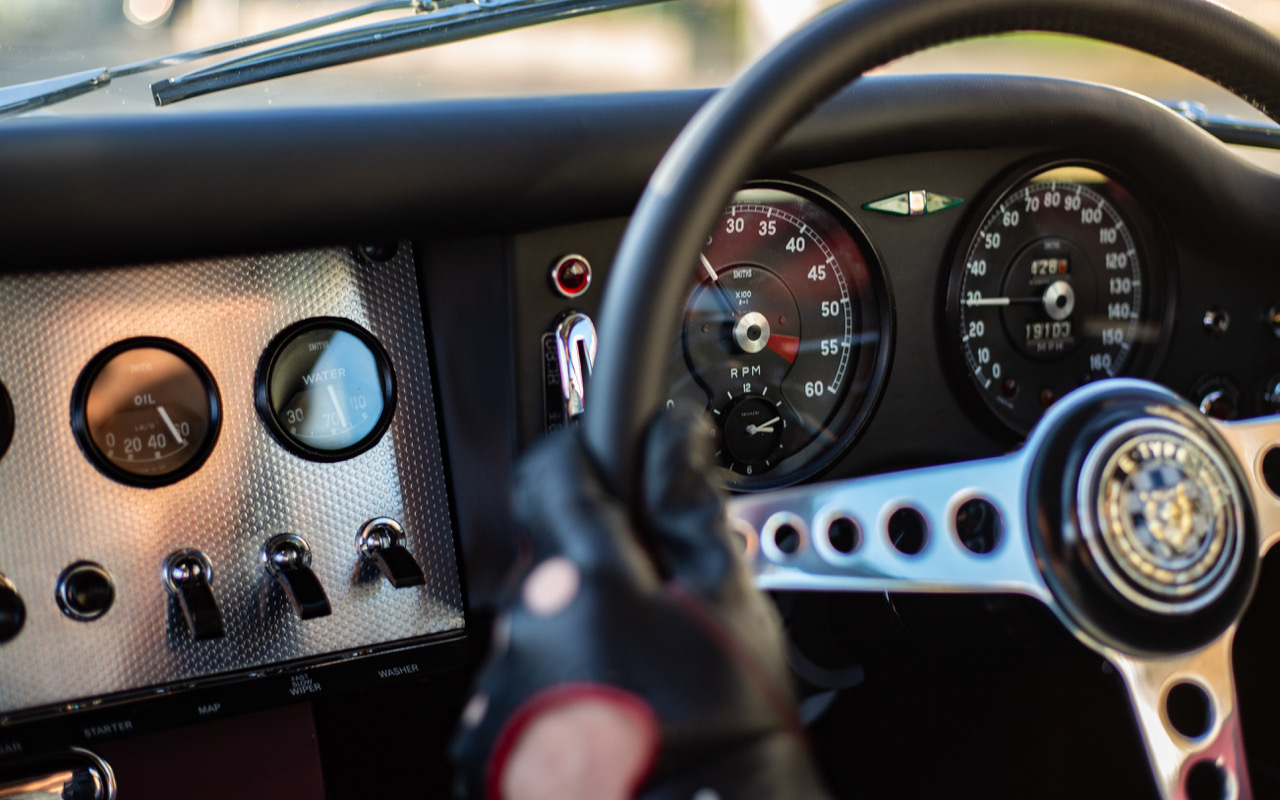 The bodywork, in all honesty, looks probably better than in 1964 when the car was originally built. William Lyons, the founder of Jaguar, was, ehem, very thrifty, and everything was done on the cheap. His cars were beautiful and drove well, but both the finish quality and durability were far from perfect. Now that they have gained in value, everybody seems to think they were built like Rolls-Royces in period: but that is very far from the truth. CKL 002, I am now quite sure, has been put together on a much higher level than Lyons would have been prepared to pay for. Once the body was finished to perfection, a period of parallel tasking began. One team was working on the drivetrain and the chassis, while another was building from scratch a completely new interior, using specially ordered Scottish leather, dyed to complement the exterior hue. All suspension elements were replaced, bushes included, and fully adjustable shock absorbers were installed. A modification which took a long time to hone to perfection was the installation of electric power steering. It can be precisely calibrated to suit the taste of the customer, and it can always be switched off using a dedicated switch, for instance before driving on a race circuit. 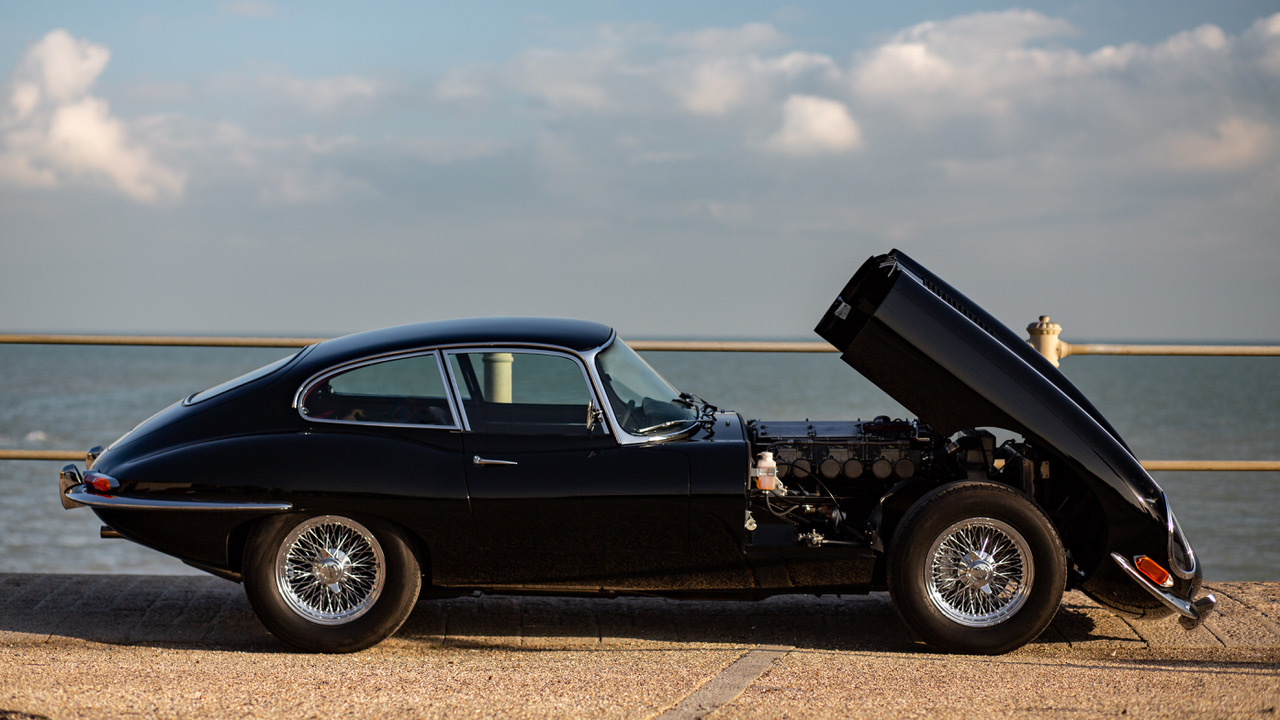 The original engine was comprehensively overhauled. With the addition of three brand new Weber carburetors, it is now capable of producing 284 hp (from a capacity of 3.8 liters) and an impressive 360 Nm of torque. The engine spent many hours on a dyno before a satisfactory characteristic was arrived at: racing engines by definition need to operate in a narrow power band, but this one had to be both powerful and user-friendly, tractable and pleasant in regular traffic. The motor is mated to a 5-speed Getrag gearbox. The fifth gear helps lower engine revs and engine noise at sustained high speeds, and it makes it possible to achieve a higher top speed. With the correct final drive ratio (there is a choice available) the car can go faster than a modern AMG-Mercedes on the autobahn... that's something. 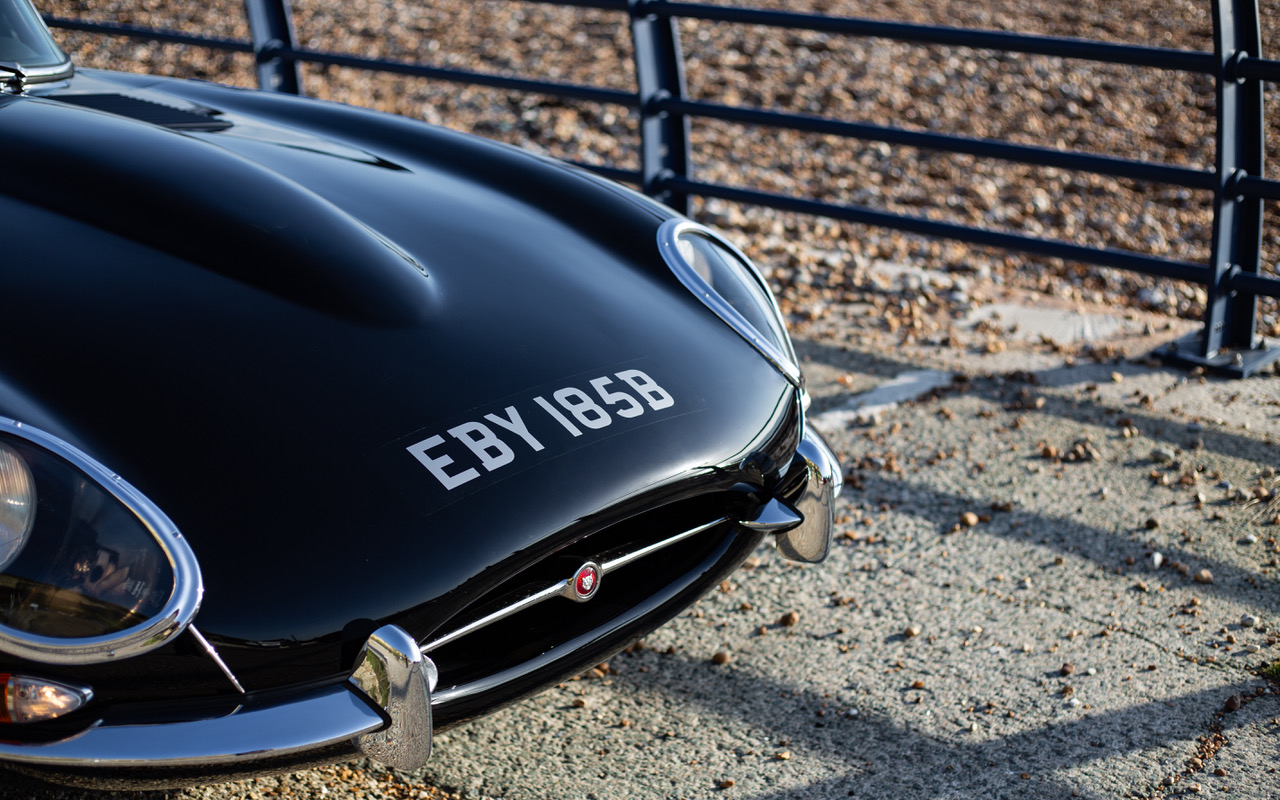 The performance is matched by other modifications. The whole exhaust system is custom-made; fashioned out of stainless steel, it sounds fantastic but does not become tiring on long journeys. All the brake discs are ventilated and 11 inches in diameter, and the wider, 6-inch MWS rims have made it possible to install Avon tires of 215/70 R 15 size. Modern inertia reel safety belts are color-matched to the upholstery, a retro-look MP3- and Bluetooth-capable radio has been installed, and a concealed switch turns on the invisible air conditioning unit. The CKL engineering team believed that a car like the 002 could be used in a variety of ways, including commuting to work, autobahn runs and track days, and everything is done in such a way as to make this possible. 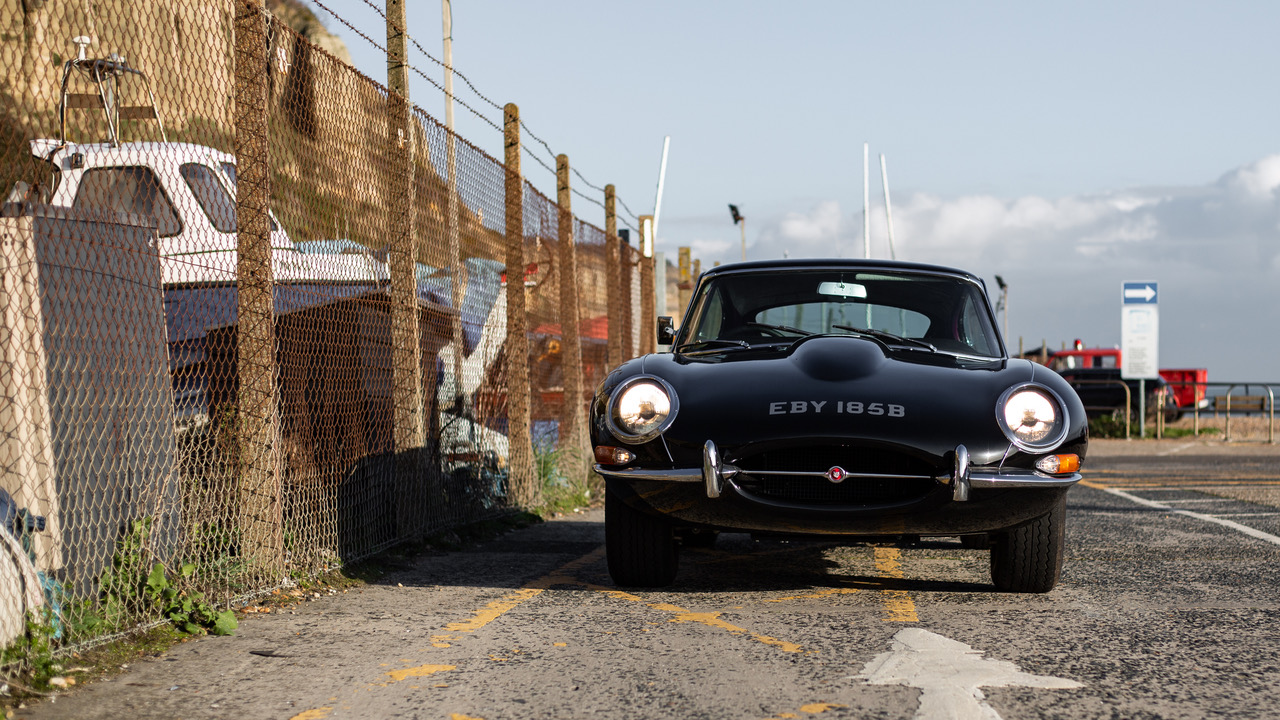 Seeing it in the flesh for the first time, the sensation is akin to watching a familiar movie for the first time in the 4K ultra high definition format. Eyes ache from the surfeit of sharpness, familiar faces become those of strangers, and details, missed or omitted before, tend to surface. This project took three years to complete, and the finished car costs in the region of £400,000 (dependent on options). It requires less outlay than an Eagle, and is a true Singer competitor for those people who crave a sports classic, but are not religiously limited to Porsches. And yes, to preserve its resale value, CKL Developments will include the original gearbox with the car. 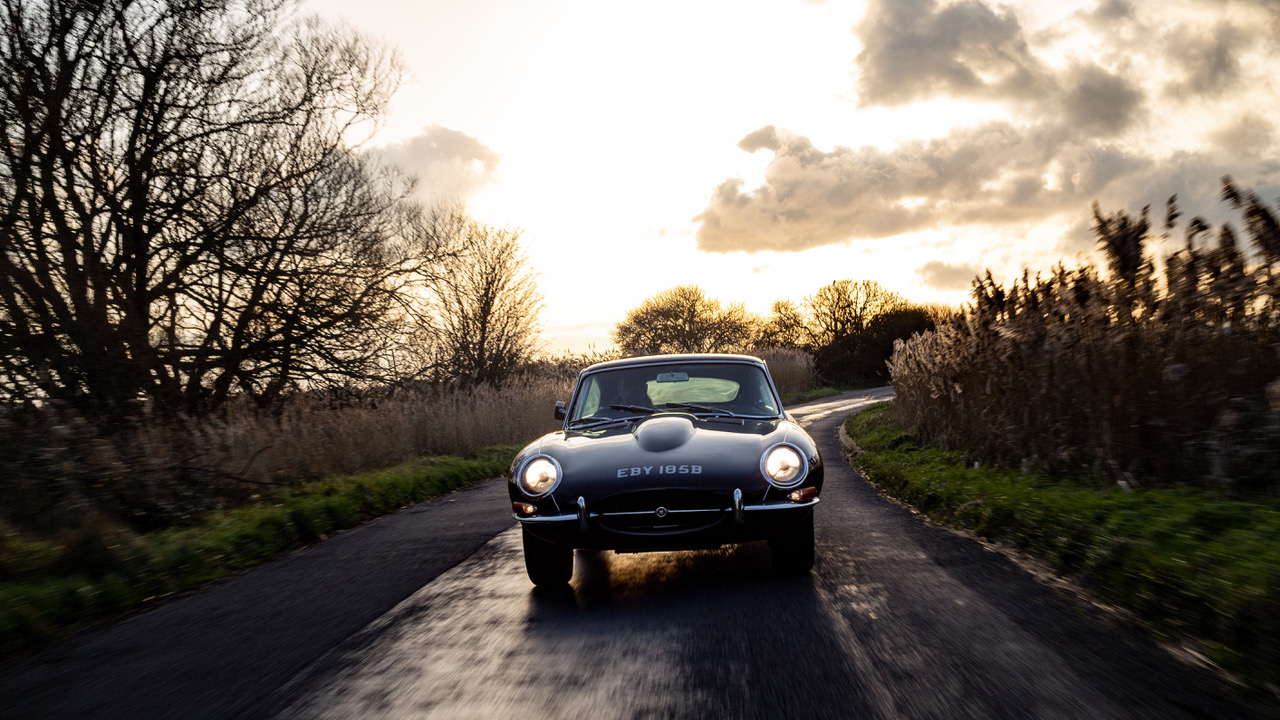 Time for a drive. Prior to my test, only CKL employees sat here and faced the handsome wheel. In fact the mechanics look a bit stressed with me settling down in the cockpit. I keep my emotions bottled up inside, but I am a little stressed too: the car is a prototype and a very valuable one. I am going to drive it right down to the center of the seaside town of Hastings, with its narrow streets and a huge proportion of aging drivers. The same town of Hastings which will for ever be associated with the successful invasion of England by William the Conqueror and is now a slightly faded oasis of bingo parlors and fish-and-chips shops. The prototype will have to deal with traffic congestion (I'll see how good the cooling system is), uneven, broken tarmac (how will it affect the low-speed ride?) and fast, sweeping turns over crests outside of town (this will prove if it drives better than a nerdily original E-type). I turn the key and the inline six erupts immediately with a baritone bark. It sounds cultured and powerful, and not really like the screaming, peaky engines of E-types honed for historic racing in recent years. 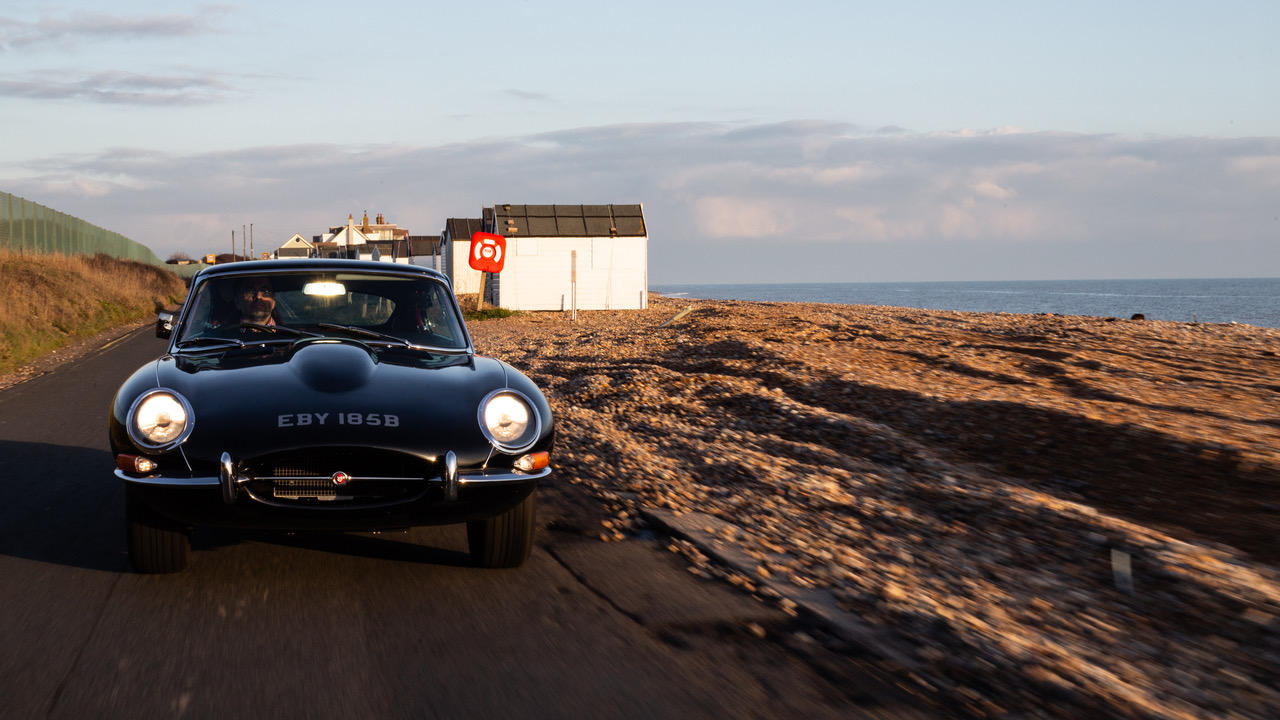 I start towards Hastings and the first mile tells me I am driving something special. The reaction to hitting a bump with one wheel in this car is nothing like that in any other E-type I have ever driven. The bushes and shocks are so well matched that the impact is dealt with in a very sophisticated manner, it is rounded, smoothed over; the chassis geometry and the ability to soak up big jolts are not affected in a negative way. Wheels stay in contact with the road surface at all times, and that is a great achievement. At a race circuit, with its surface as smooth as a billiards table, you can alter the shock absorber settings. The chassis seems compliant enough to tackle the Nordschleife, and I am strongly tempted to beg for a chance to run the car around Silverstone, to see how well it would do through the challenging Maggots/Becketts combination.

The brakes are powerful and reassuring, and match the available engine output. The motor pulls very well from low revs and will not punish a distracted driver who forgets to downshift in the heat of the action. The Getrag box is much more friendly than the standard Moss unit, which means that a game of randomly chosen Bingo numbers (so beloved of old English ladies) has been transformed into an exact science here. All the modifications developed for the car form a homogenous package, where all the constituent parts work together in perfect harmony. You can't build a car which drives so well by just adding some aftermarket parts bought on the Internet; the electric power steering does not rob the driver of steering feel, for instance, and the limited slip diff works with a rare smoothness. 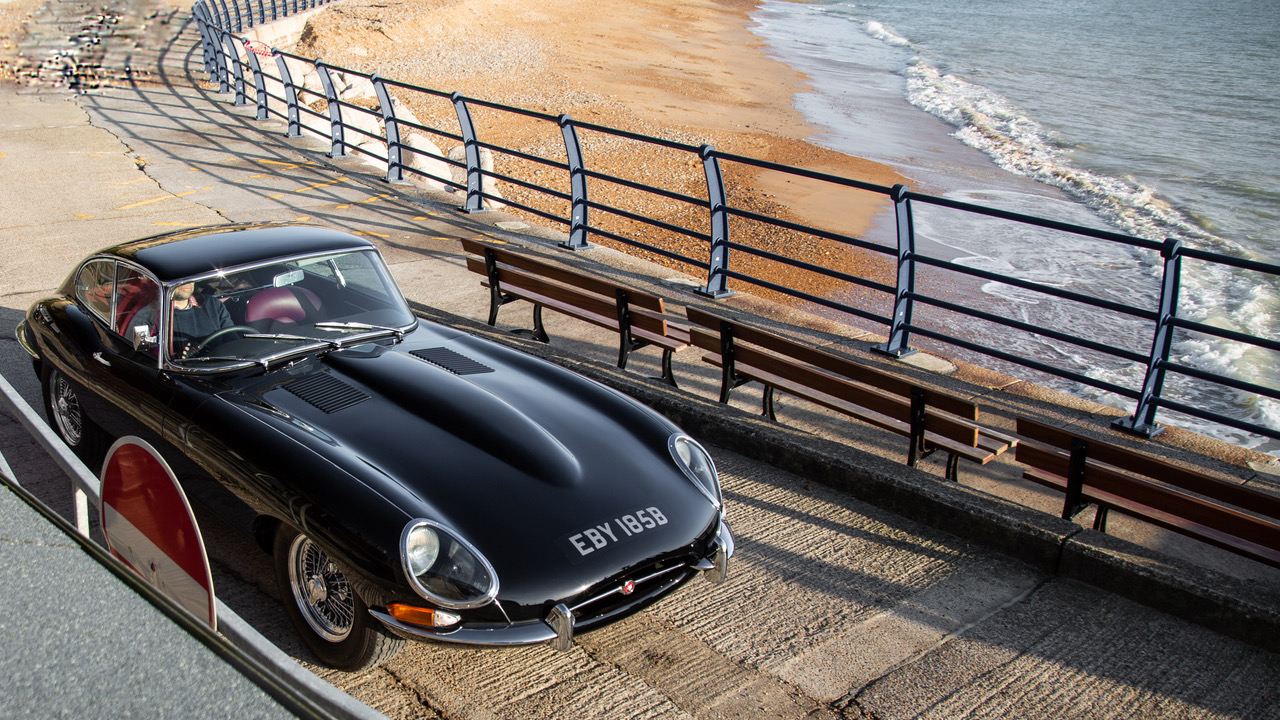 Would I pick a car like this over a Singer or an Eagle, which are both much more expensive propositions? I might, for two reasons. Singers have beautiful details, but they are still 964s, and some exterior elements are made in China (which I spotted with astonishment), and the Eagle is so expensive that I somehow can't envisage its owner bravely sticking it in the traffic jam at Piccadilly Circus. Cars are for driving, and the Double Oh Two drives very well. If you don't like the color, well, order another one.

The Man Who Refused to Sell the Original Mustang from Bullitt Back to Steve McQueen: Here’s What We’re Reading