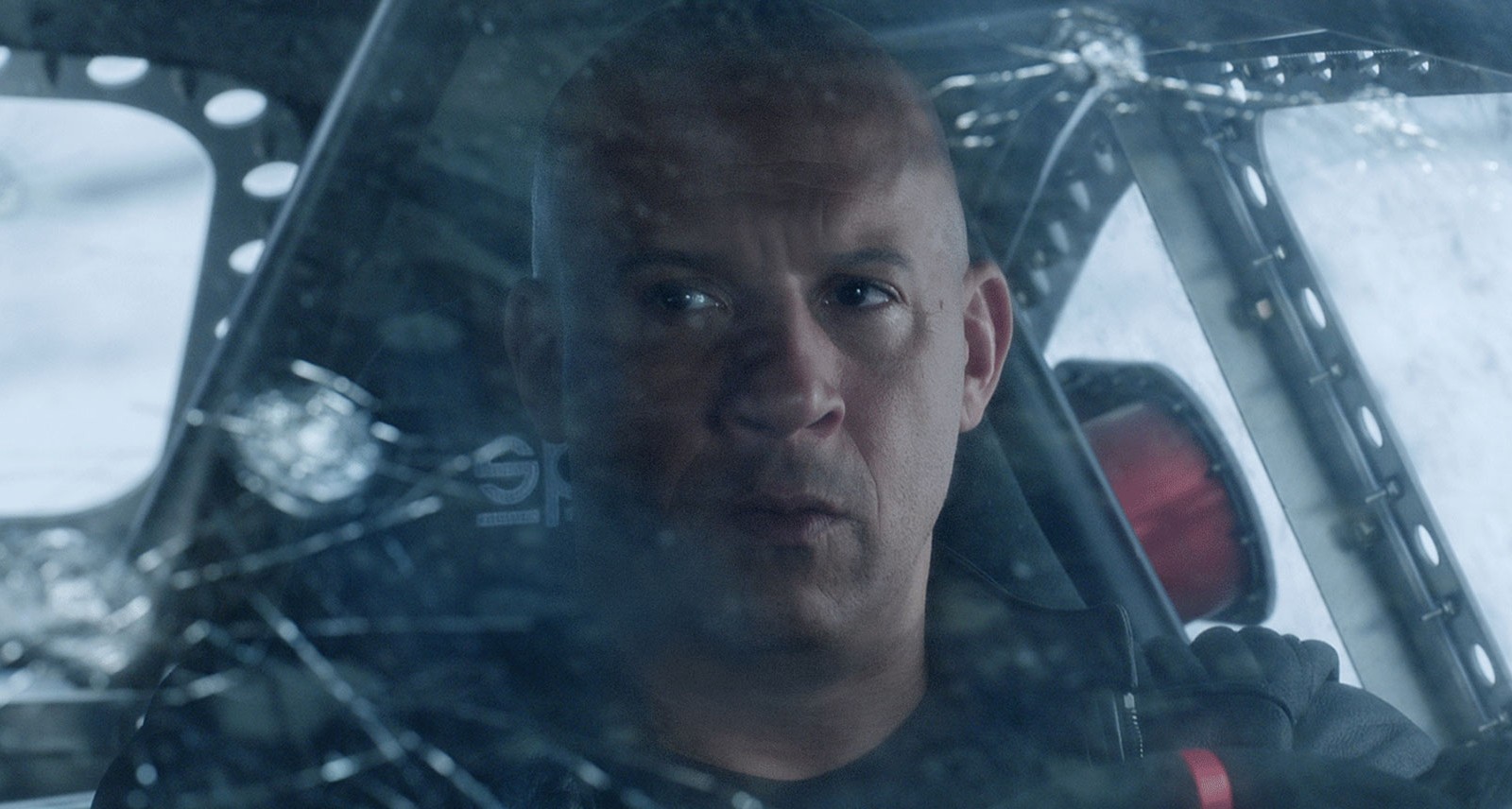 ّIt was the submarine. Or maybe that  ّfirst shot of Charlize Theron and her ridiculous blonde “hacker” dreds. When I first started to worry that Fast & the Furious – the reigning belt holder for most universally beloved movie franchise (non-superhero edition) – had officially jumped the shark. That we were due for a course correction.

Sure, the last movie in the series took in a ridiculous haul; we’re talking over $1.5 billion worldwide (yes, as in, with a B). That’s good enough to make it the sixth highest-grossing movie of all-time. Completing the series’ improbable rise from a B-movie bromance between LA street racers to Hollywood’s premier action franchise. But it may have also been the high-water mark.

If we’re being honest, it was always going to be tricky for the series to move on after tragically losing Paul Walker, the spiritual yin to Vin Diesel’s yang. And for all the vehicular mayhem and trademark cartoonish action, there’s a noticeable Walker-sized void in The Fate of the Furious. So it only makes sense that this latest sequel hews a little darker, with Diesel’s Dom turning his back on his “family,” a betrayal that’s even more unthinkable than Furious 7’s flying cars.

To be sure, there’s still moments where the movie comes close to reaching the heights of joyful, anarchic ridiculousness that has become the series’ signature after its hard left turn in Fast Five: Helen Mirren’s cockney gangster. Dwayne Johnson’s increasingly superhuman feats of strength. A chase featuring waves of hacked “zombie cars” – turning the concept of self-driving cars from futuristic innovation into horror movie fodder.

But then there’s Theron’s Cipher, a megalomaniacal hacker who wants her own nuclear warhead, because reasons. A third act chase with a nuclear submarine that feels like the slightly more amped-up version of the ice chase from Die Another Day. In a franchise that has made its name on delivering increasingly ludicrous set pieces – dragging a bank vault through downtown Rio, chasing an airplane down the world’s longest runway, jumping supercars between Dubai skyscrapers – there’s an unmistakable whiff of “Generic Action Movie” here.

Admittedly, those are all tough acts to follow. This is a series that got revived in large part to its open-armed embracing of the ridiculous. To shedding the laws of physics as easily as Johnson’s Hobbs snaps a pair of handcuffs. And there’s only so much a bar can be raised. (At this point, it seems almost quaint when The Fate of the Furious opens with an old-school street race. Or when the Interpol file on Dom still lists his occupation as “auto mechanic.”)

But this franchise has gotten to an eighth movie (and a planned ninth and tenth) based on its ability to pivot, going from “Point Break, with cars” to “Ocean’s Eleven, with cars” to now “The Expendables, with cars.” It’s a series that has consistently been able to swap out seemingly vital parts and graft on new ones, keeping the whole thing running.

Which is why it’s a little disappointing to see them spinning their wheels a bit with The Fate of the Furious. Maybe hitting a small speed bump on Movie #8 was inevitable. After all, it’s impossible to stay on top forever. Or maybe it’s just time for yet another pivot. …Did someone say outer space?