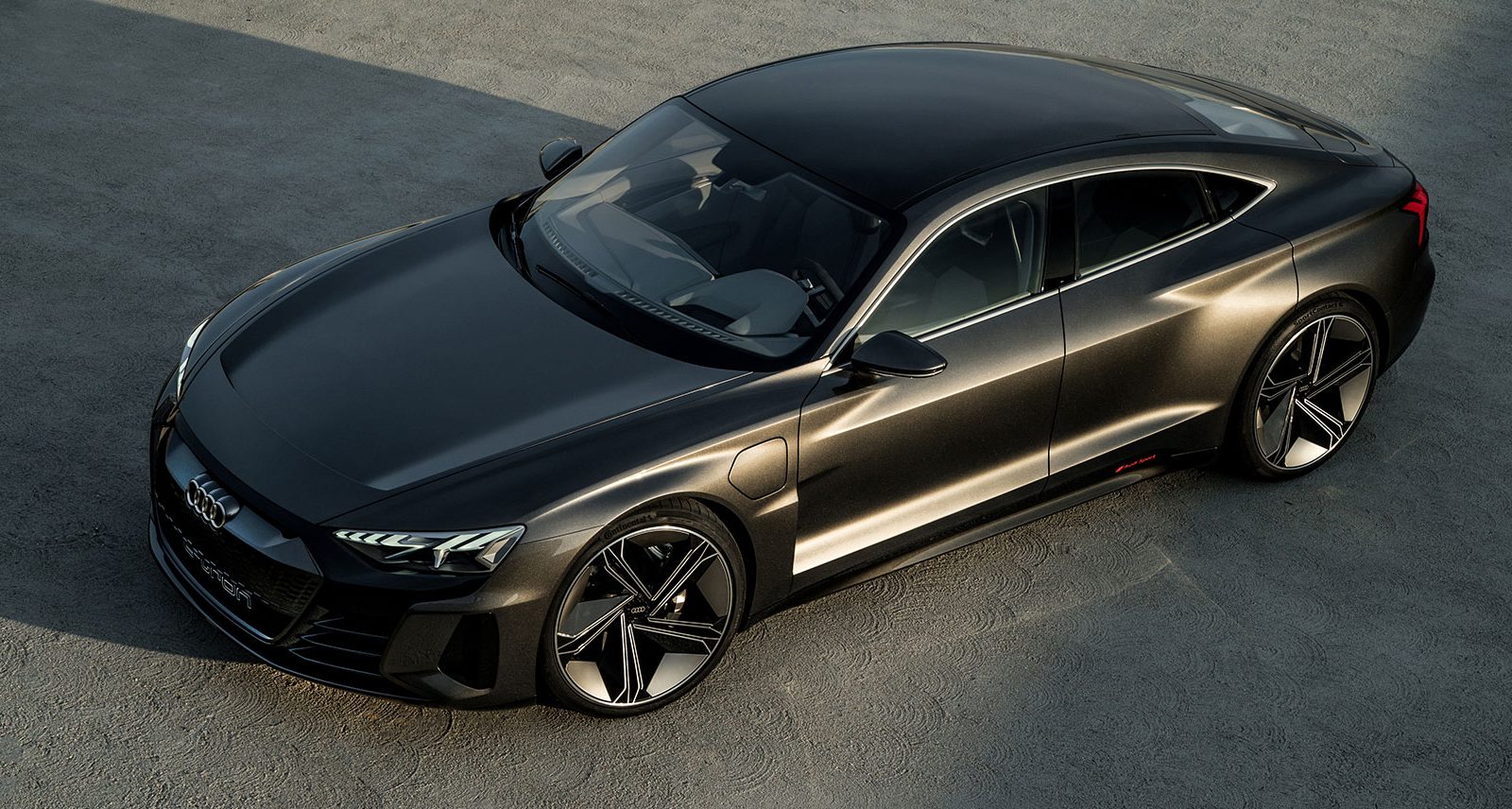 We’ve driven straight off the edge of the map when it comes to electric cars. Way out here, there’s no rulebook, no defined formula for what these vehicles should be. The technology, the charging infrastructure, the performance, even what electric cars should look like - it’s all being invented right now. There’s no right answer; everyone involved is more or less making it up as they go along.

All of which makes this particular moment a rather exciting one for drivers. To find a similar era in the history of the automobile, you’ve got to look back to the 1890s when, curiously enough, electric cars shared roads with steam-, gasoline- and horse-powered vehicles of all shapes and sizes.

Audi is using our modern anything-goes moment to launch a whole range of electric vehicles under the e-tron label. Now that the brand’s first EV, the e-tron Quattro, is out there the company is working on a pair of genre-bending electric vehicles: the e-tron Sportback, due late in 2019, and the high-performance e-tron GT, due in late 2020. If the latter car looks familiar, it’s because you likely saw Robert Downey Jr. drive it in his last outing as Iron Man in Avengers: Endgame. The Ingolstadt-based company understandably played it relatively safe with last year’s e-tron Quattro. After all, the very idea of an electric vehicle is still radical enough to scare away many would-be drivers who have trepidations about range, or charging, or simply miss the familiar noise of gasoline exploding under the hood. (It does sound rather crude when you put it that way.) As a result, the e-tron Quattro was launched smack dab into the heart of the luxury SUV market, ensuring it had broad appeal to the widest possible number of buyers. Maybe electric cars don’t need to look alien, maybe they should look, well, like normal cars? Who knows?

With the upcoming e-tron Sportback, we’re getting a more avant-garde interpretation of the electric luxury car. It’s wider and lower than a typical SUV, with the fastback roofline reminiscent of the TT coupe. In other words, the Sportback is a bit of everything. It will be more polarizing than the Quattro, but if you ask us, that’s a good thing.

The Sportback pictured here is still technically a concept, so take what you see with a grain of salt, but Audi has confirmed this car is slated for launch in 2019. Under the skin, we expect it will be very similar to the current e-tron Quattro, which has a 329 km range, a class-leading cabin, and a price of $90,000. If that’s still a bit too tame for you, perhaps the 590-horsepower e-tron GT is more appealing. When Tony Stark drove it, the GT made a snarling, crackling sound like it had a V8 engine under the hood. Apparently, the filmmakers wanted the car to make a noise befitting Tony Stark’s louder-than-life character, so Audi created one. But by the time the rest of us get to drive the GT, it will be fully-electric and silent, apart from the faint whirr of two electric motors as they slam you back into the seat.

It looks downright sinister with those huge 22-inch wheels, low stance and full-width rear light-bar. Finally, here is an electric Audi that’s appropriately sci-fi. In fact, it looks more suited to Blade Runner than the Avengers.

Engineers from Audi Sport - the people responsible for the R8 supercar and RS5 coupe - collaborated with their corporate counterparts over at Porsche on the e-tron GT. The GT will be based on an entirely different chassis than the first two e-trons. The Audi will borrow from the Taycan - Porsche’s first electric car - which means all-wheel drive and sports-car performance from a family- and eco-friendly four-seater. If you have a need for speed, the GT will be the electric Audi for you: 0-100 km/h in 3.5 seconds, 0-200 km/h in 12. Driving range should be around the 400 km mark too, more than enough to go from Toronto to Muskoka, or Vancouver to Whistler. Re-charging will be faster than anything else on the market thanks to a new 800-volt charging system. Provided you have an outlet that can handle it, juicing the battery up to 80 percent will take just 20 minutes.

Audi has a complete roadmap for a full range of electric vehicles; it won’t stop after the e-tron Quattro, Sportback and GT. Next up is likely a compact SUV, along the lines of the Q4 e-tron previewed this year at the Geneva motor show.

No doubt, electric vehicles got off to a slow start. Options were limited and battery technology took longer than expected to offer serious long-range capability at reasonable prices. In the next decade that’s all poised to change and electric cars should fulfil their initial promise - a promise we first glimpsed way back in the 1890s.

The wonderful thing for drivers about our current automotive moment, is that we get to decide what’s best. What electric cars are going to be like in the long-term depends on what drivers buy now and, crucially, over next decade. We’re off the edge of the map and the best thing to do is keep going, full-speed ahead.

Stars In Your Eyes