In the beginning, the greatest luxury offered by the automobile was not having to have to sit behind a horse’s ass for an entire journey. This was worth something, a feature worth upgrading for. The automobile did away with horses and buggies and associated smells at the end of the 19th century.

Since then, however, new luxuries offered by automobiles — while very nice — have sort of been icing on the cake. The wood trim became hand-crafted from rare and endangered trees, varnished and polished until you could see your face in it. The leather got softer, the stitching and broguing grew ever more intricate. More recently, your luxury car could have massaging seats, heated in winter and cooled in summer. Luxury cars now have doors that close softly, without a thunk, and perfume atomizers plumbed into the climate controls. These things make your time in a car more agreeable, more pleasant, but they don’t fundamentally change the experience. It doesn’t matter how shiny the wood is or how soft the leather might be when you’re still stuck in traffic.

The next wave of luxury cars will fundamentally change the experience. They will do what the first automobiles did: give you back your time.

The all-new 2018 Audi A8 is the first commercially-available car capable of driving itself. Yes, really.

Audi says the new A8 is so smart, so aware of its surroundings, that it can drive itself through a highway traffic jam at speeds of up to 60 km/h. The company says it’ll work even in the rain. The feature is called AI Traffic Jam Pilot. The catch is, well, it’s illegal. But we’ll get back to that. 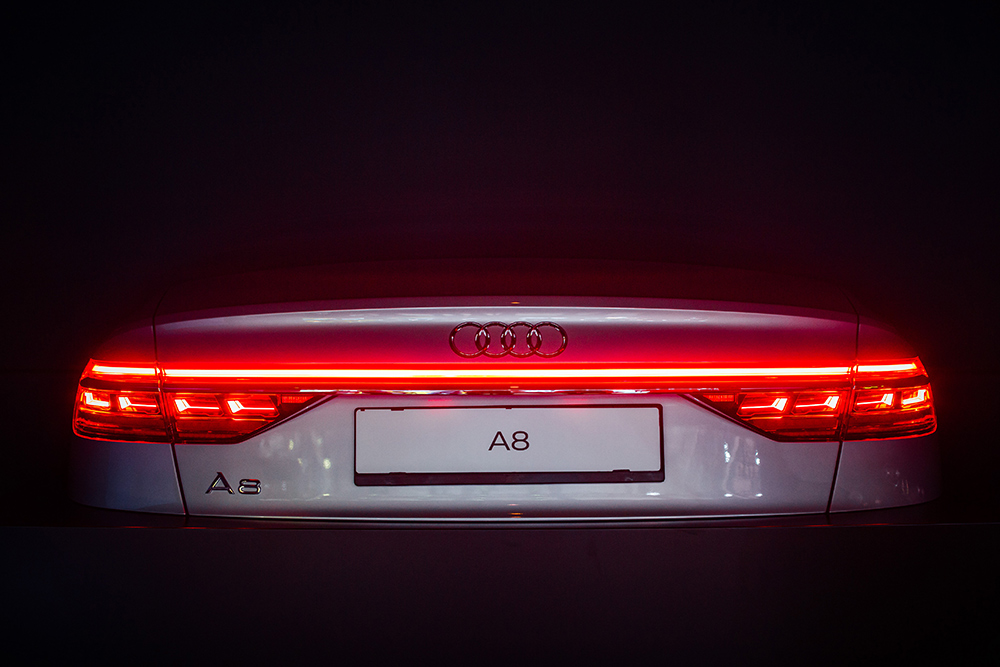 The system works like this: when the car decides it’s safe, the A8’s digital dashboard lights up with a greenish glow, letting you know the Traffic Jam Pilot is ready. To engage it, just push the Audi AI button in front of the gear selector, then take your hands and feet off the controls. At this point, Audi says it’s safe to watch television on the A8’s dash-mounted screen, if you want to. You could access most of the apps on your phone, using the car’s infotainment system, to send a message, find the address of your meeting, or maybe even check the news. For now, Audi doesn’t recommend using other devices or reading a newspaper while Traffic Jam Assist is active. (In case the airbags go off, you don’t want anything in front of your face. And, if you have to retake control quickly, you don’t want anything in your hands.)

When the situation changes — the traffic clears and speeds pick up above 60 km/h, or you’re about to exit the highway — the car will give you at least 10 seconds, often more, to re-take control.

The A8’s spec sheet reads like a fighter jet’s: five radar systems, one front-facing camera, 12 ultrasonic sensors, and something called LIDAR. It’s essentially laser radar. It shoots out lasers in a 145-degree arc from the front bumper. When the lasers hit objects, they get reflected back into the LIDAR, which then creates a digital 3-D map of the world in real-time as you’re driving along. Tying all of these sensors together is near supercomputer-levels of raw processing power. LIDAR has been on Google and Uber autonomous test-cars for a couple of years now, but this is the first time it will be available on a vehicle you can actually buy. 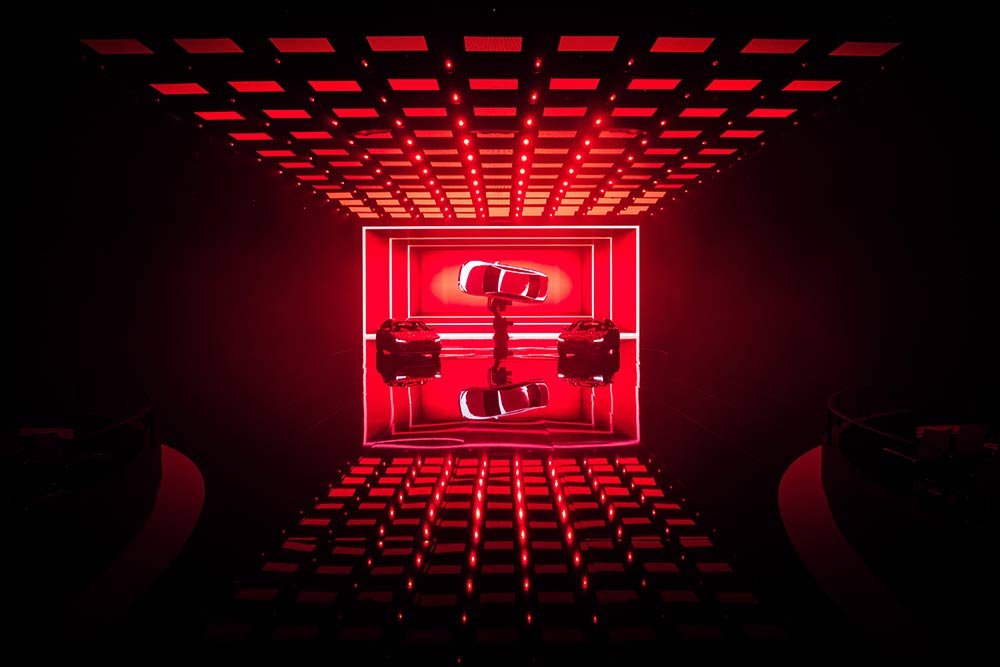 If you’re thinking, that’s cool but isn’t Te la’s much-hyped Autopilot system the same? Well, no. When it comes to autonomous cars, it’s not binary. There are levels of autonomy. You’ll be hearing a lot about these over the next few years, so here’s a quick primer

Everything on the road now, from Tesla’s Autopilot to Mercedes’ Drive Pilot to BMW’s Driving Assistant, is a Level 2 system. These cars offer assistance, but don’t drive for you. The Audi A8 is the first Level 3 autonomous car, which means it can take over driving responsibility, under certain conditions and with your understanding that you must be ready to re-take control on short notice.

The jump from Level 2 to 3 is a massive one. Level 4 will be similar, except you will not need to be ready to re-take control. These cars will be able to handle even emergency situations autonomously. Level 5 cars won’t, in theory, need a steering wheel or pedals, but they’re still a long way off. How long is anybody’s guess at the moment.

Back to the A8, and that little matter of legality. Under current Canadian law, the driver is always responsible for controlling a vehicle. So while the A8’s technology is legal, using it on the road is not. An Audi spokesman said the all-new A8 will be available next year, but it will arrive without the AI Traffic Jam Pilot until such a system becomes legal to use. In fact, at the time of writing, no jurisdiction in the world allows a car — and by extension its manufacturer — to take responsibility for its own driving. The technology is ready — it’s just a question of when the regulators will catch up. 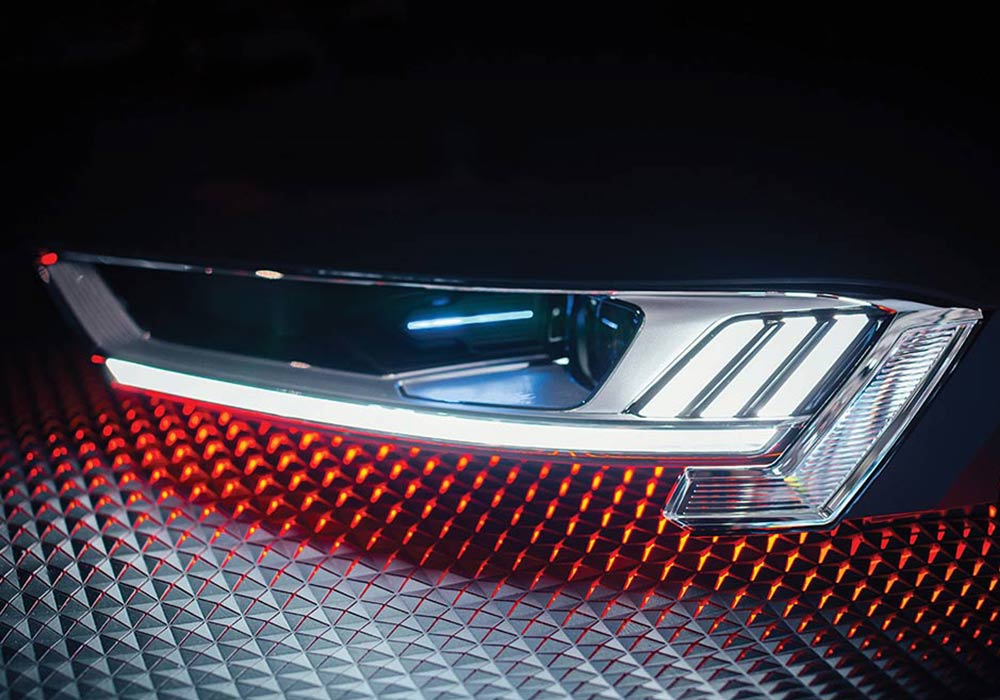 Even without its headlining feature, the A8 is a world-beating luxury car offering more high-tech features than a Bentley or Rolls-Royce. The new interior with haptic-feedback touchscreens feels like the future. The A8 heralds the arrival of a new class of luxury automobiles.

What cars did in the early 1900s, in addition to provide travellers a respite from the backside of a horse, was to give their owners more time. A journey that took a day or two by buggy might’ve only taken a couple of hours by car. Today, with traffic only getting worse, there’s no way to go faster. Instead, new luxury vehicles will give their owners time by taking over the task of driving.

What would you do with an extra hour every day? That’s better than even the shiniest wood or the softest leather.