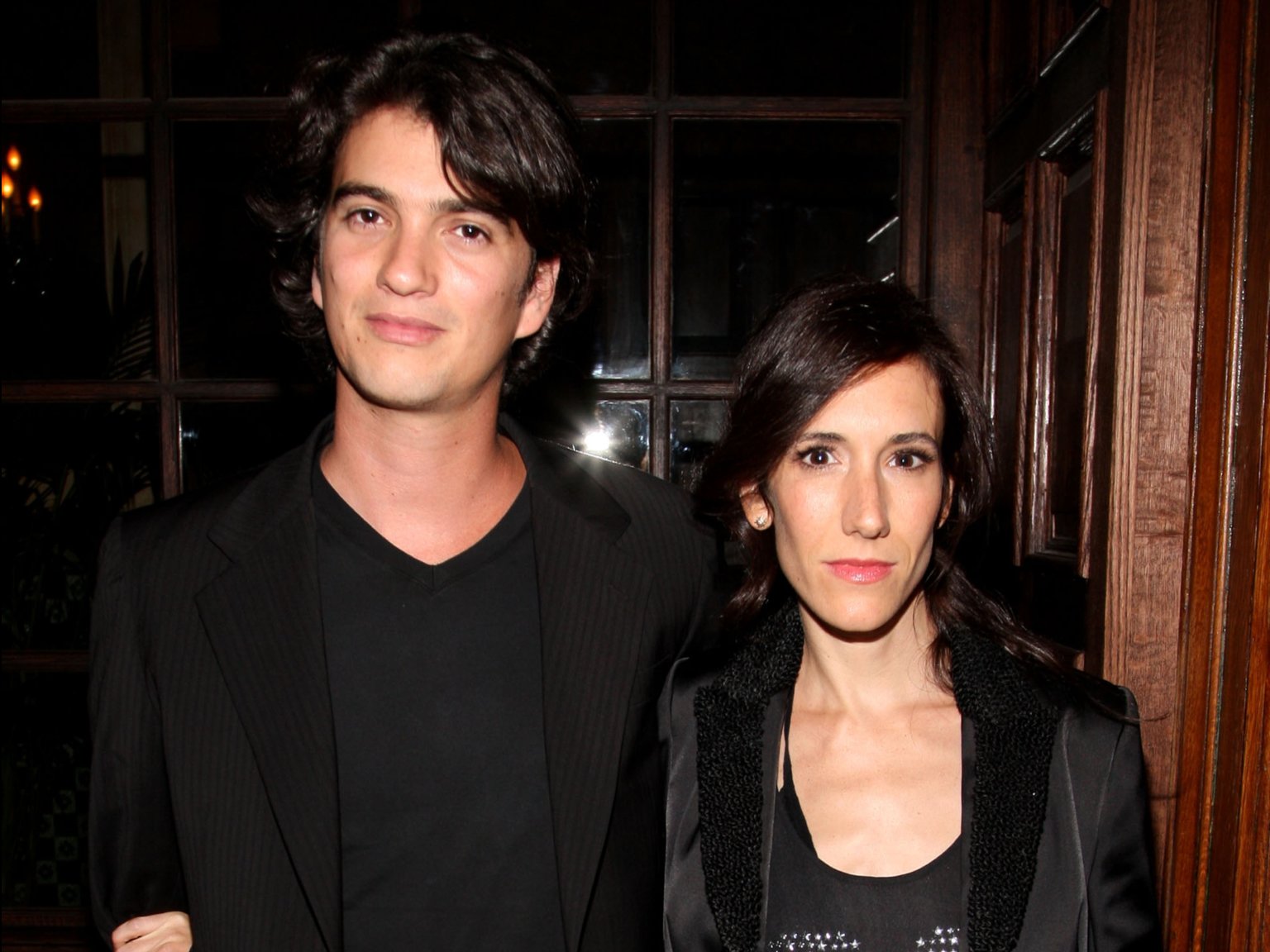 When WeWork reached a $5 billion valuation, CEO and cofounder Adam Neumann confronted one of his greatest challenges: his ego.

It's something he has battled and still battles today, as the hype around him and his company balloons.

Neumann built the coworking company WeWork, which is now a $47 billion unicorn that filed to go public in December.

He wasn't always a successful entrepreneur. He had at least two failed ventures and spent his early years admittedly partying too hard with his supermodel sister in a shoebox apartment.

When he met his wife and fellow cofounder, Rebekah Paltrow — cousin to Gwyneth Paltrow — she immediately called him out.

"You have a lot of potential, but you're full of shit," Paltrow told him. "You talk this big talk, and you're broke ... I can tell. Anybody who talks about money doesn't have any."

Paltrow challenged him to change his perspective on what it means to be successful from one of self-interest to one of helping others.

Neumann proposed within 30 days of that first date.

In 2011, he cofounded WeWork and the company's rapid rise has turned him into a billionaire. But even with Paltrow's help, it has at times gone to his head.

Read more: WeWork's CEO explains why he thinks his $47 billion company is recession-proof and how he keeps his ego in check as a young billionaire

After his financial situation changed so drastically, Neumann caught himself frequently thinking he was better than others. The thoughts were not only unflattering but also dangerous to his company.

"If I don't keep [myself] in check, you can't be the 'We' Company and a 'me' person," Neumann told Business Insider.

To help curb his ego, Neumann, who is Jewish, sought the advice of his rabbi. His rabbi suggested Neumann perform Shabbat, a practice that forbids the use of technology for 25 hours to spend time with your loved ones and become closer to God.

Neumann said the practice of disconnecting allowed him to get back on track. Technology, he said, is partially responsible for the record amounts of pain and loneliness people feel today.

"I do believe that because once a week I stop for 25 hours and really focus on what's most important, that stays in my head for the rest of the week and helps me, in a real way, manage myself and my behavior," Neumann told Business Insider.

Aside from Shabbat, Neumann credits Paltrow for keeping him grounded. Paltrow's "maniacal focus" on helping society as a whole brings him back when he feels his ego getting too big.

"I think her contribution to my life can not be overstated," he said.

Sam Rockwell Is the Hardest-Dancing Man in Show Business