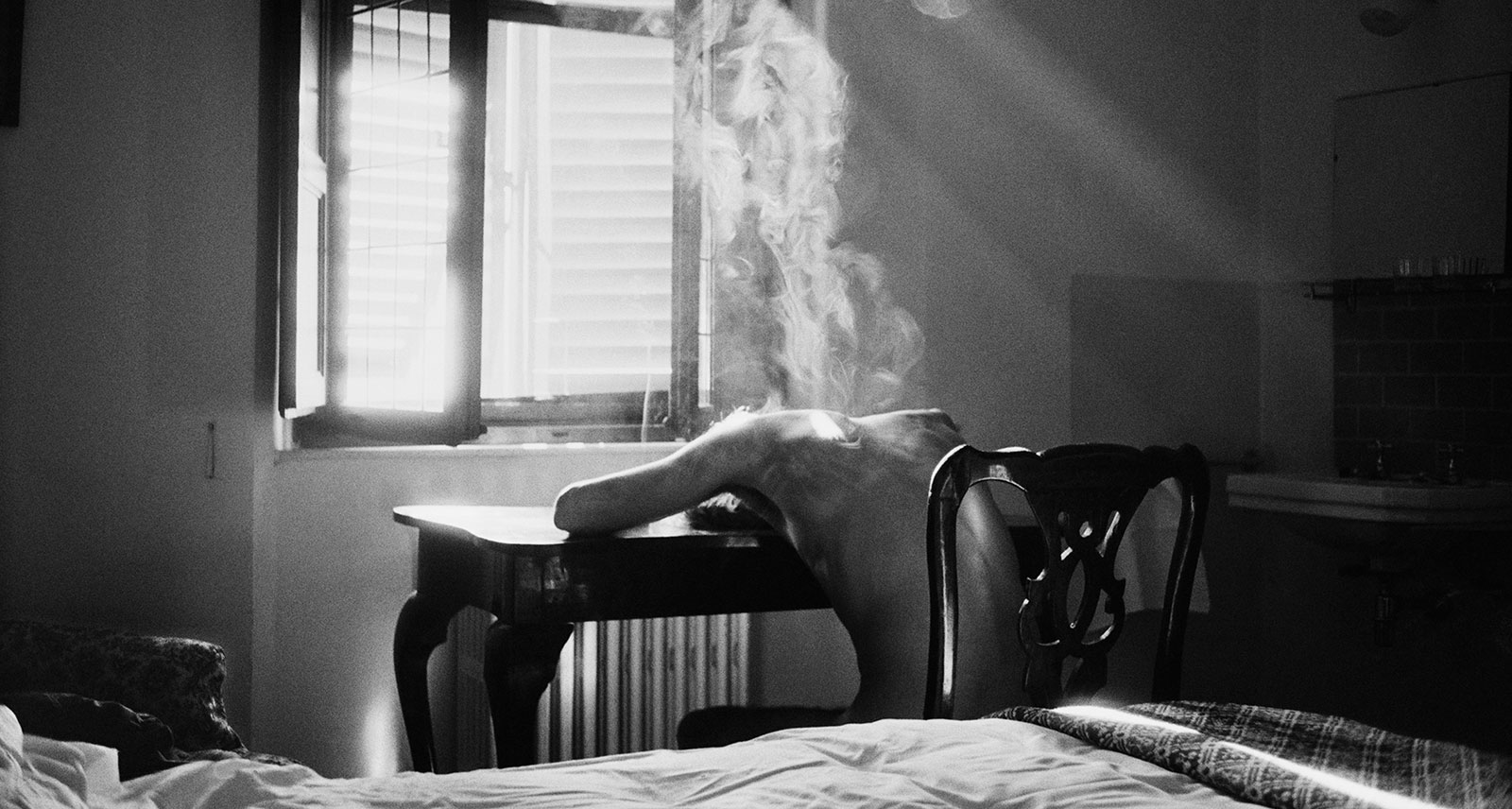 For its 9th participation in the annual photography festival PHotoESPAÑA, taking place in Madrid all summer from 5 June to 30 August 2019, the LOEWE FOUNDATION is proud to shine a light on a French artist who made a name for himself as a writer in intellectual circles of 1980s Paris before leaving behind an important photographic oeuvre when he died at the age of 36: Hervé Guibert.

Born in 1955 outside of Paris, Guibert first became known for authoring a photography column in the French newspaper Le Monde from 1977 through 1985, as well as for extensive writings in which he exposed the devastating effects of his AIDS diagnosis at a time when - even in his progressive home-country - discourse around the subject was heavily stigmatised. Notably, Guibert’s prose helped change prevalent attitudes toward the illness and its victims in France.

Guibert manifested an equal interest in image-making from an early age, and brought the same sensibility evinced in his writing to his work behind a camera. Characterised by an approach that is gentle yet poignant, Guibert’s photographs are poetic expressions of the artist’s desire, from layered self-portraits and pictures of friends to intimate still lifes. Mostly shot in black-and-white, they stand out for their composition - Guibert lovingly placed his subjects to convey specific feelings through natural light and shadows - and for subtle references to his literary practice.

LOEWE FOUNDATION’s latest PHotoESPAÑA entry reflects the house’s commitment to artistic expression across forms, eras and boundaries. Specifically, the exhibition culminates an exploration of how artists have addressed issues of identity, gender, and sexuality, starting with Minor White in 2017 and continued in last year’s Hujar-Wojnarowicz show. For 2019, the curator, Maria Millán, shifted her gaze to Europe, examining an artist who also embodies an unremitting awareness of self, expressed through the intertwined spectres of life and death, which gives lasting universal validity to his experience.

Until losing his battle with AIDS in 1991, Guibert used his art to raise awareness about pressing ethical issues concerning freedom and justice. By highlighting the work of an artist who put his life in the service of a greater social cause, LOEWE would like to help create consciousness around instances of intolerance and marginalization that - along with the danger of losing hard-won liberties - persist around the world today, even in more advanced societies.

All 50 images in the exhibit are prints authorised by the artist’s estate on loan from la Maison Européenne de la Photographie.

Indulge yourself in Thailand getaway this Eid break

The After Hours Doctor: Is There Such A Thing As PMS For Men?

'Narcos' Is Good, but 'Barkos' Could Be Even Better

Watching Animals at the End of the World