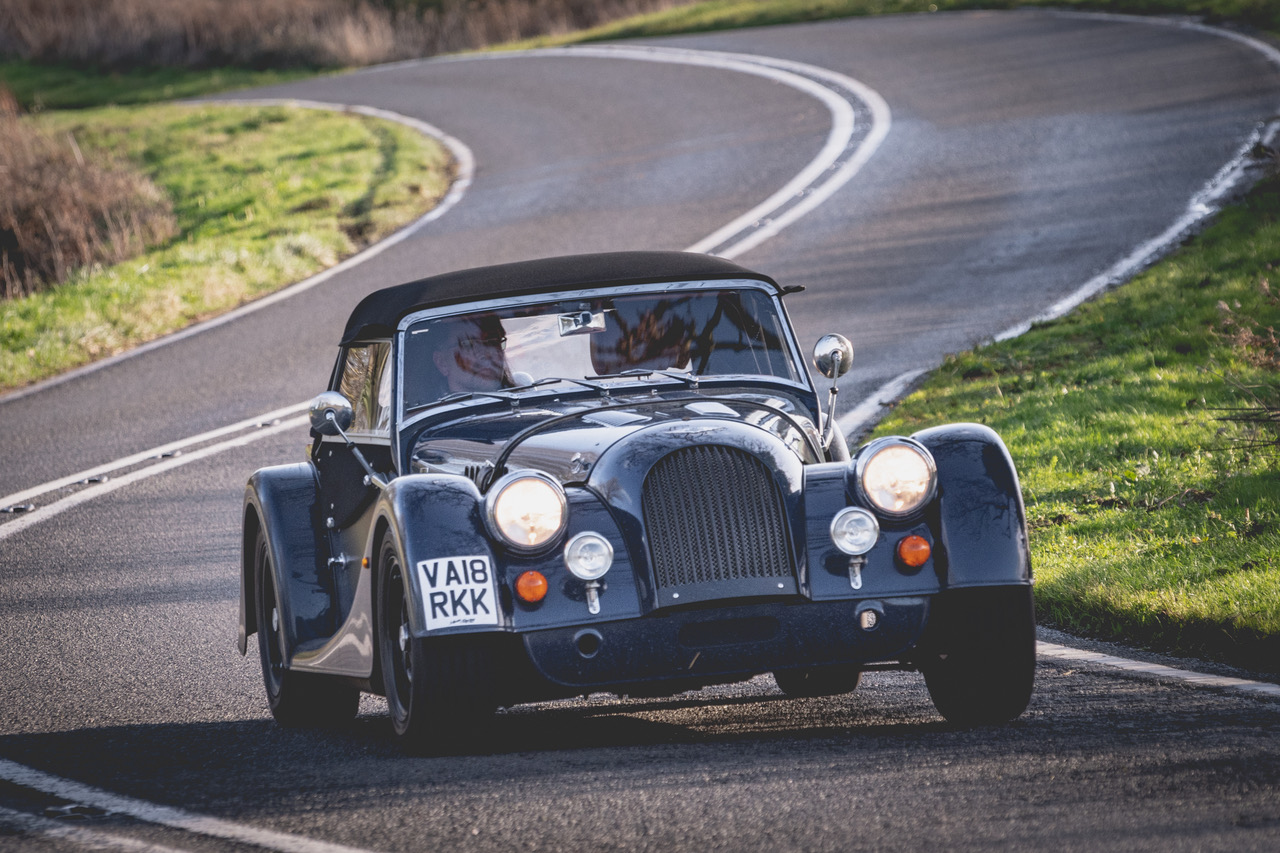 If you think that the Audi TT is a sports car, a Morgan definitely isn't for you. The car which has visually changed little since its introduction in 1936 is the closest thing you can get nowadays to a pre-war car which has the added benefit of being brand new. And no, it's not "made of wood". 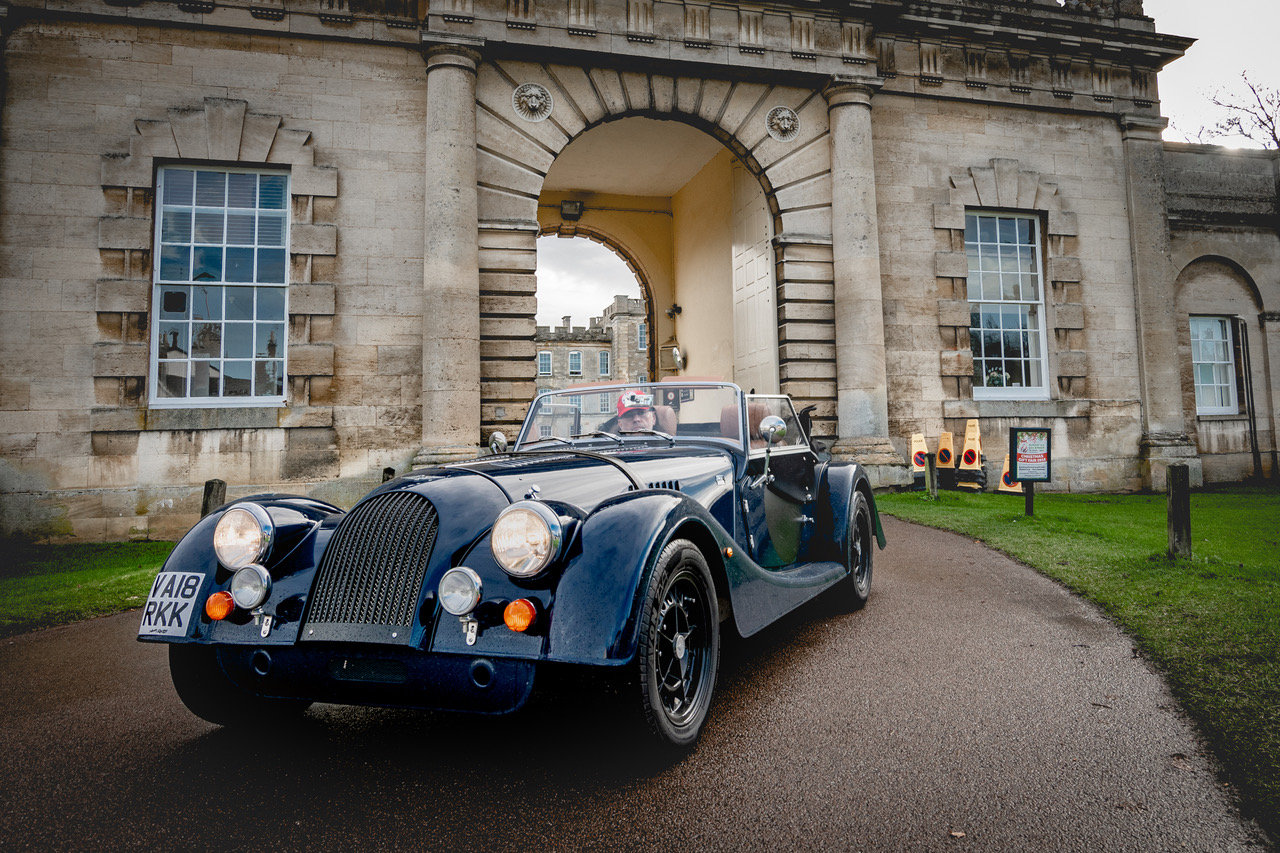 I always wanted to drive a Morgan. Driving one in England, however, just seems right. It's like watching a wild animal in its natural habitat, and not in a heartless zoo, or, worse yet, in a circus. And the way cars handle usually reflects the roads of the country or region where their prototypes were first driven by engineers. So I drove the current Plus 4 in London traffic jams, on bumpy roads in East Anglia and on the main thoroughfares of the South of England. And I'm ready to tell you how it went. 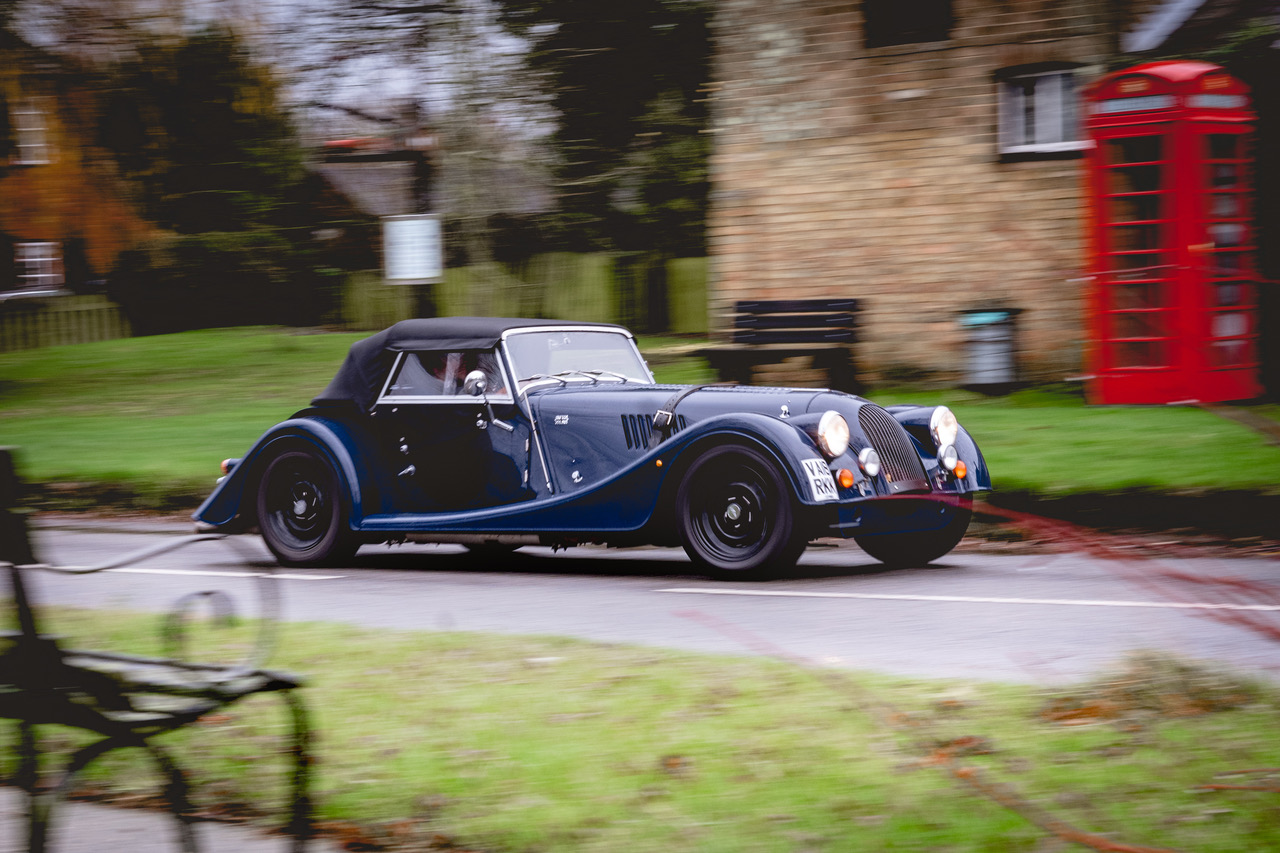 First of all, a four-wheel Morgan is not entirely made of wood. The three main materials used to build one are aluminum, leather and ash, but the ash is used in the same way traditional coachbuilders used it at the beginnings of the automotive industry: to serve as a shaping foundation for the outer body panels, handcrafted in aluminum. The main load-bearing frame of the car is entirely made of metal. Ash can be beautifully shaped, but it's also light, sustainable, durable and creates a natural vibration-damping zone in the car's body. And yes, it works, the level of secondary or tertiary vibrations is surprisingly low for an open-topped car. At speed it's loud inside, especially with the tasty optional sports exhaust, but who cares: if you are looking for Rolls-Royce levels of silence, there's something seriously wrong with you. 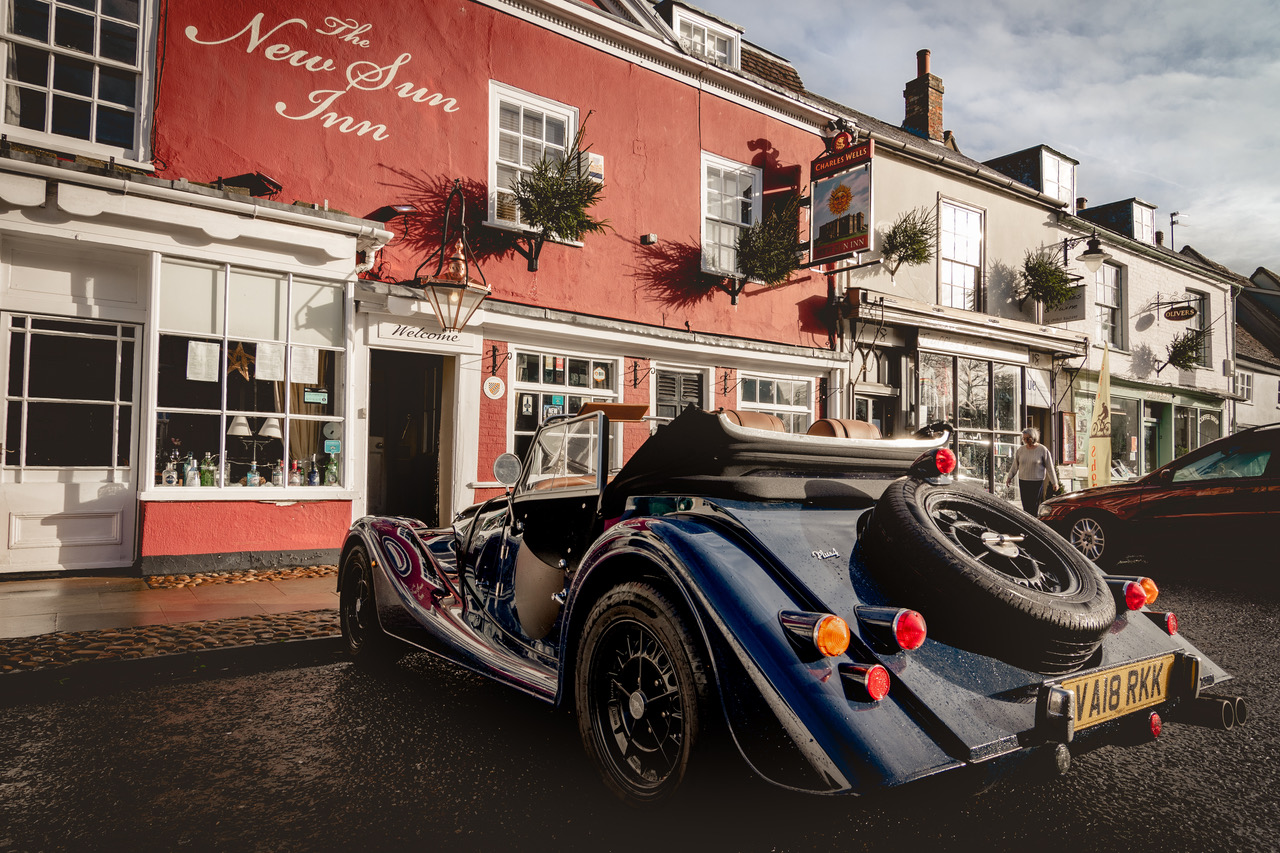 At low speed the ample torque from the 2-liter Ford GDI engine (154 hp) helps propel it forward, and third gear is useful for city driving, as the engine is flexible and the car only weighs 927 kilograms. Featherweight. Changing gear is easy, as the gearbox is sourced from Mazda, and the stick moves with a type of mechanical precision which perfectly matches the dynamics of the car. At highway speeds, just leave the transmission in fifth and the car will cover a full spectrum of speeds from 50 km/h to its top speed of 189 km/h. The ride gets fidgety at speed, but grip levels are high and the Morgan feels entirely predictable on the limit, especially as the steering is unassisted and you know at all times what the front wheels are doing. That said, it loads up in turns in a similar manner to cars from the Thirties, and the front suspension skips a little like in the same cars, on uneven surfaces. The feeling of driving an underpowered 1930's Grand Prix car is almost complete, minus the speed, of course, and the terribly inefficient brakes those cars had. The brakes on the Mog are unassisted, and you need skill to use them well (and to exploit the excellent Avon ZV7 tires).

The Plus 4 is built to order, and there are many tasteful and tempting options. The very idea of craftsmen building my car by hand appeals to me, especially in today's world of plastic junk made in China. And it's not a flimsy kit car either, where you always half expect the whole shebang to just annihilate itself and deposit you on abrasive tarmac unexpectedly. The sports exhaust sounds great, the optional seats are comfortable enough for long highway jaunts and the only option that makes close to zero sense is the Alpine radio/CD unit: you cannot reach it while driving, and the tinny sound from the speakers detracts from the aural pleasure of powering through the gears. 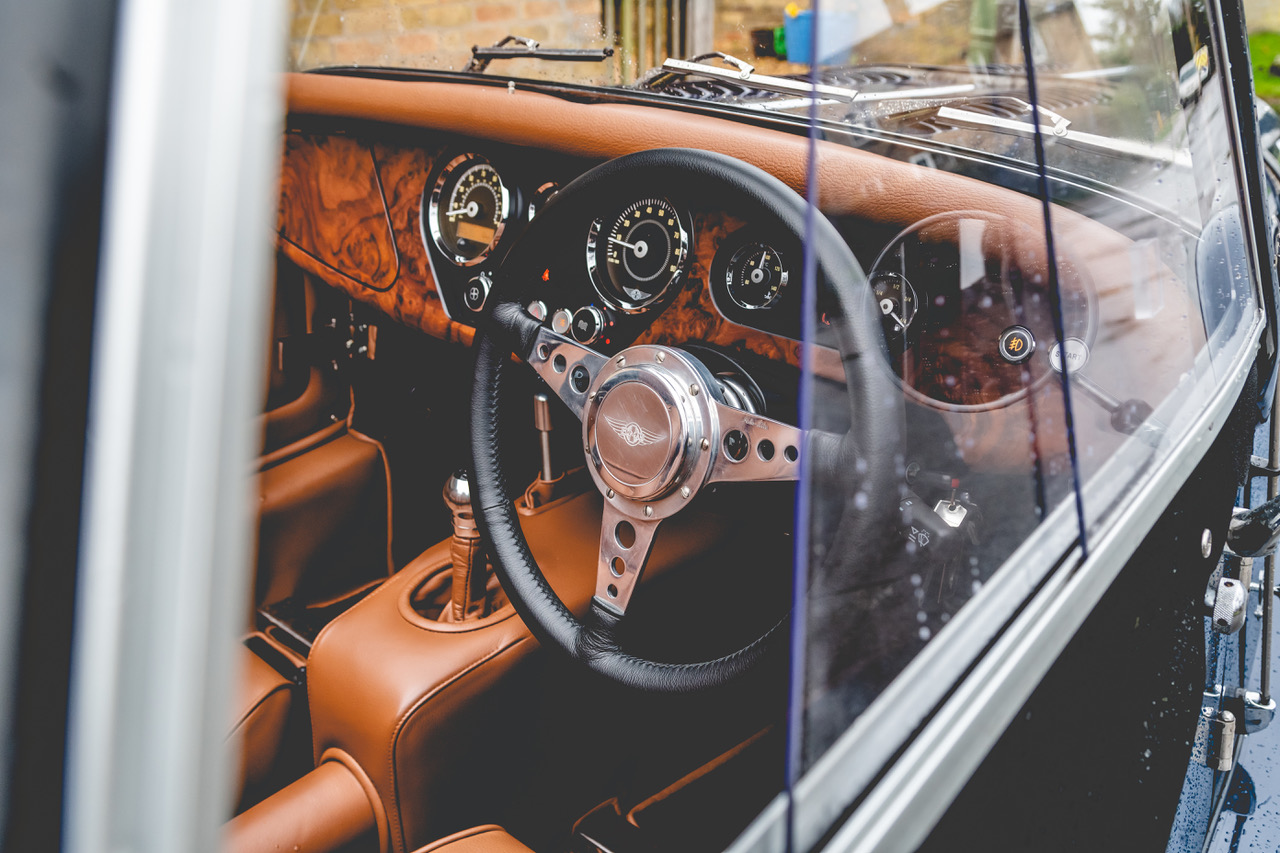 The new, beautiful people who are reared on computer games should keep away from cars of this ilk. They are not explosively fast in a straight line, between two sets of traffic lights (although the Plus 4 manages 0-100 km/h in a respectable 7.5 seconds), they need skill to steer, brake and correct slides, and they do nothing to help the driver. Nothing. No radar, no night vision, no autonomous braking, no stability control. Just brainpower and hand-to-eye coordination. The difference? Like that between an Internet porn site and real sex. Yes, there are drawbacks, the heating sometimes makes it too hot, and sometimes it is too cold, but who cares? It's real, and the kind of tactile pleasure it can provide, and the kind of satisfaction at getting a corner just right, are simply unequaled in the modern automotive world. Forget all the lofty claims from premium manufacturers: most of their "drivers' cars" are as exciting to own as a dishwasher. 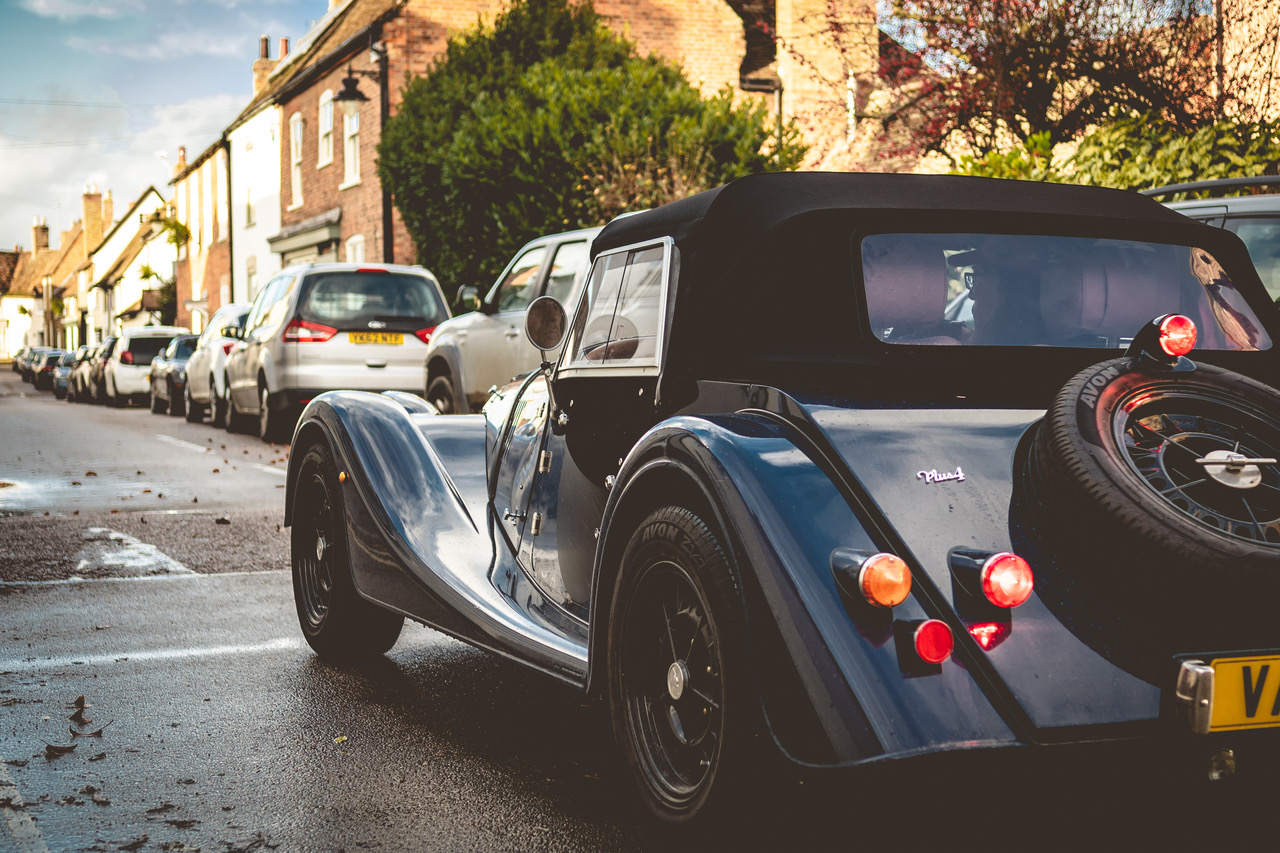 The Plus 4 Morgan is not a perfect car, but it transforms every journey, however mundane, into an event, even if it means adjusting to the undignified way of ingress and egress it forces on its occupants. People smile at it, wave and make gestures, but none of them are having as much fun as the driver. It's a time machine, a much-improved 1930's car without the bad bits, and with all the good ones. It looks like it should be playing Vera Lynn at full volume, but it can chase hot hatches cross-country very effectively... just don't tell anyone. 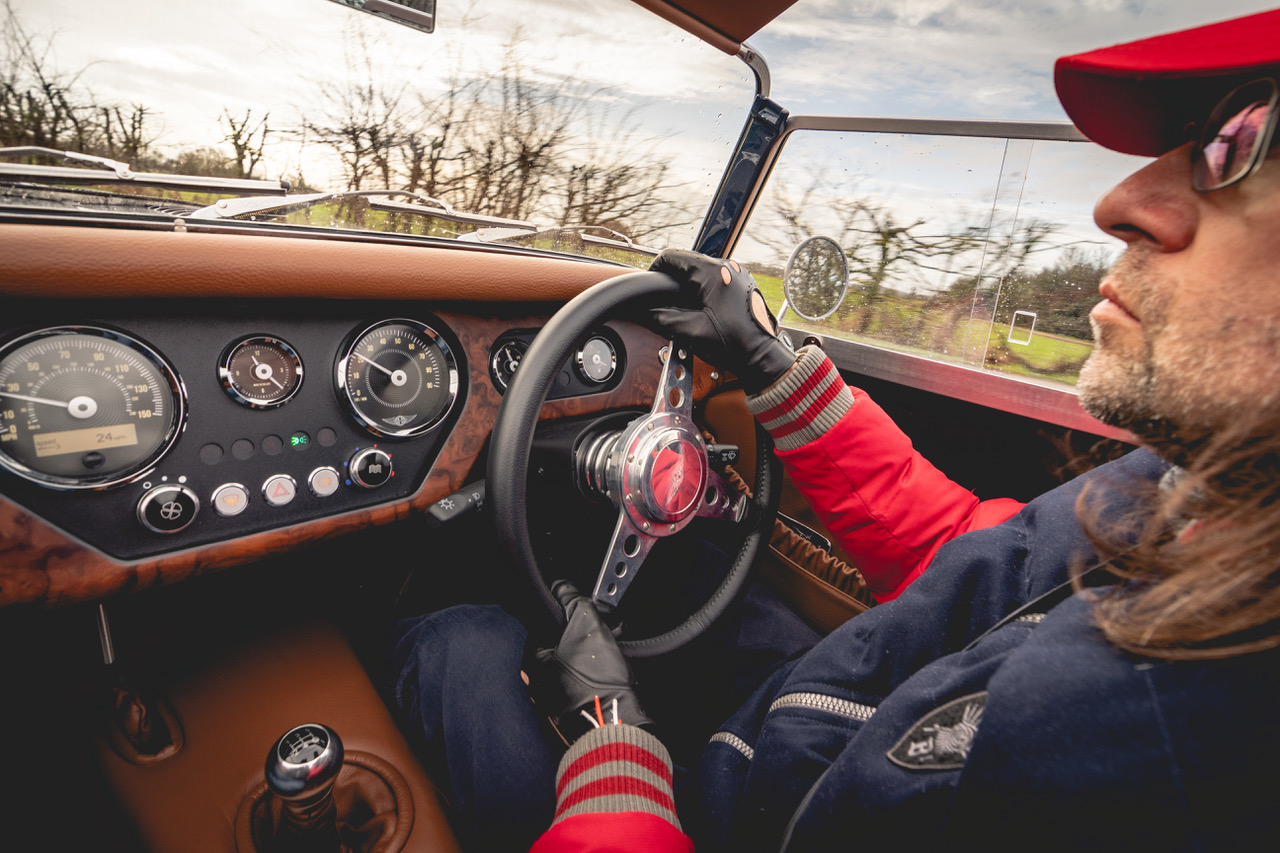