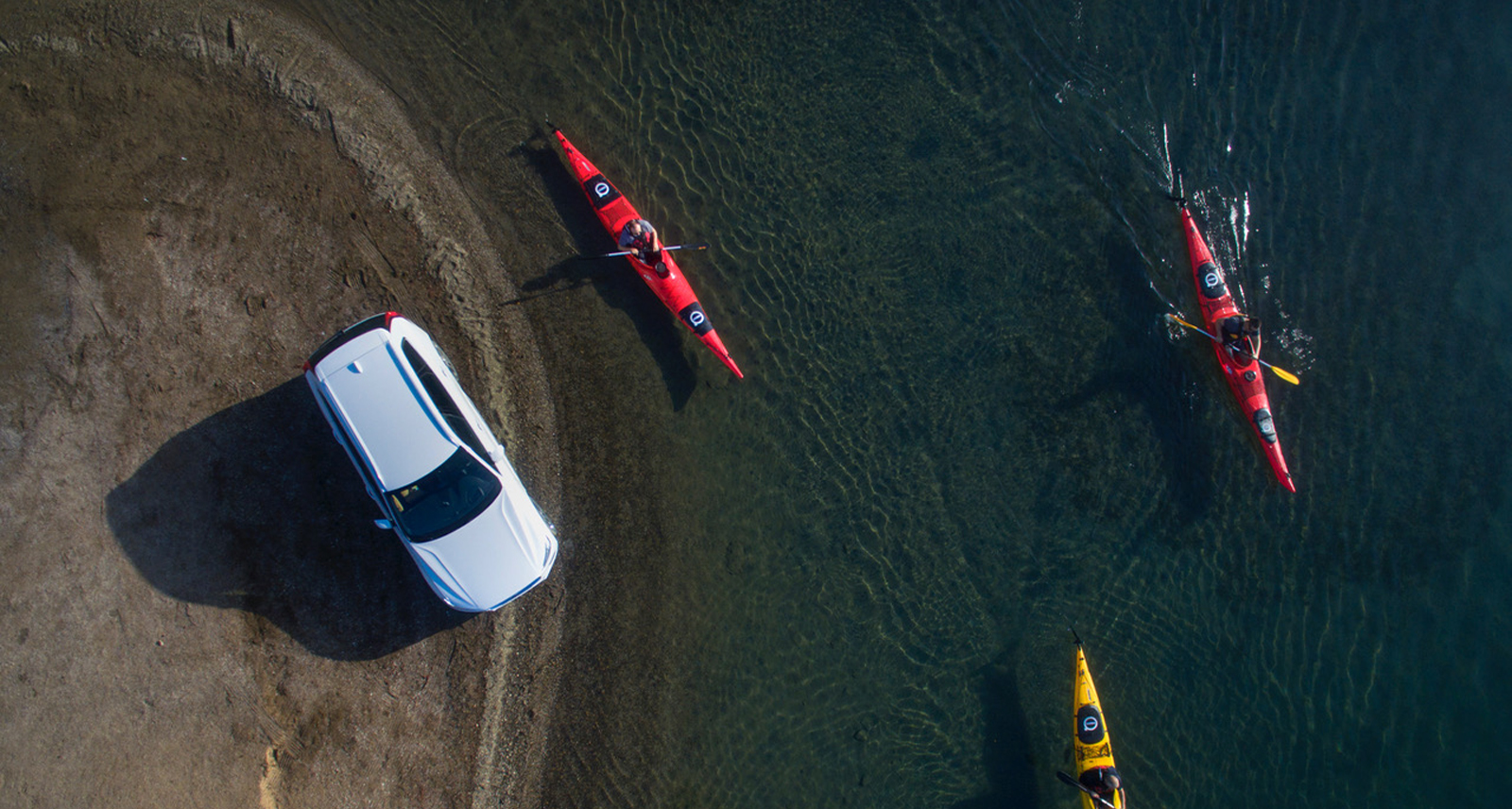 Change is hard, except, possibly when it isn’t change at all. Model year makeovers can succeed, but they don’t quite have the power of the full redesign. Witness the new XC60— it isn’t a bling laden mass market SUV dressed up in leather and tech, it’s an full on new car with a familiar name, and this Volvo has the new platform, suspension, electronics and driver interface to prove it. The new car replaces Volvo’s highly successful original XC60, which in the nine years since its launch became the bestselling premium mid-sized SUV in Europe with nearly a million units sold globally. The XC60 today represents around 30 per cent of Volvo’s total global sales. Look closer and you’ll see that the badge has been reinvented and the powertrains are new as well, so you can see it’s a cosmetic and mechanical reinvention of the car. 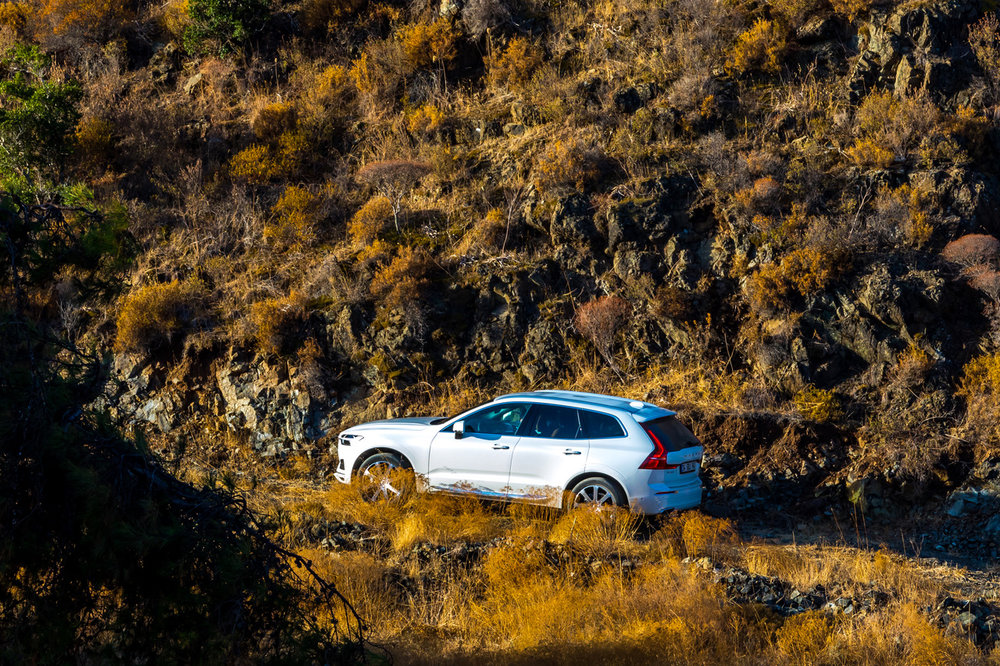 And about that aesthetic— if you’re sitting there wondering if the XC60 doesn’t look a bit like a Volvo Estate on stilts, well, yeah that’s probably part of the point— as stated above, it’ll be long time yet before the Volvo wagon stops being emblematic of Swedish motoring— apologies to Saab and Koenigsegg. “We have a strong heritage in designing stylish and dynamic SUVs that offer the latest in technology. The new XC60 will be no exception. It’s the perfect car for an active lifestyle, and it represents the next step in our transformation plan,” said Håkan Samuelsson, President and Chief Executive, Volvo Car Group. 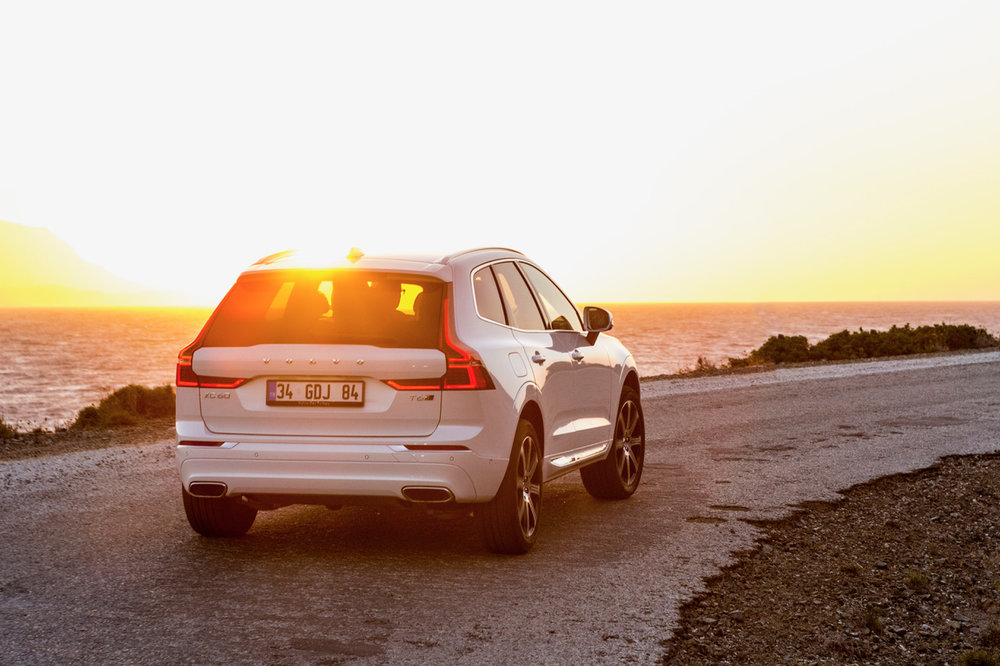 This SUV is suitably large without and within, with three rows of comfortable seating, and yet even more storage (albeit not for people, or not any that you like) behind that. And, if you’re not toting around seven humans, the cabin is incredibly configurable, with the ability to slide, recline, fold, and otherwise bend to your will in order to accommodate whatever it is you want to haul from the mall, or to the beach.

The new XC60, one of the safest cars ever made, is fully-loaded with new technology. Steer Assist has been added to the ground-breaking City Safety system. A new safety system called Oncoming Lane Mitigation uses steer assist to help mitigate head-on collisions, while Volvo’s Blind Spot Indication System (BLIS) now uses Steer Assist functionality to reduce the risk of lane-changing collisions.  “We have focused on building a car that can deliver pleasure to all of your senses – from a commanding view of the road ahead in a beautifully appointed and calm cabin, to a safe, inspired and confident ride,” said Henrik Green, Senior Vice President Product & Quality at Volvo Car Group. “We’ve paid particular attention to making life easier for our customers by providing them with the creature comforts and services that take the hassle out of everyday life.”

Pilot Assist, Volvo’s advanced semi-autonomous driver assistance system, which takes care of steering, acceleration and braking on well-marked roads up to 130 km/h, is available in the new XC60 as an option. Sound high tech? Well, once upon a time, so was the seat belt. Way back in 1958 Nils Bohlin, who previously designed ejector seats for Saab fighter jets, was hired by Volvo as their chief safety engineer, a then new position created after a relative of CEO Gunnar Engelau’s perished in a car accident. The next year, Bohlin revolutionized automotive safety by introducing the three-point harness safety belt, helping establish what became one of the brand’s key differentiators. In keeping with their legacy of safety conscious engineering, Volvo has spent more than half a decade engineering these safer, more streamlined seats, which are both friendlier to leg room (with less mass in the seat back, there’s more legroom for the person behind you) and extremely pleasant to sit in. There’s no bad seat in the house here, and the thoughtful 'theatre' positioning helps afford each passenger an improved view.

If you’re wondering how Volvo made room for all that seating, the answer (in part) lies under the bonnet. The XC60 only accommodates four-cylinder engines, which helps with crash safety due to a shorter front overhang, and also looks great. This is a greener Volvo we’re seeing here, sipping petrol (they were never particularly admired for their six-cylinder engines anyway and we still find fives a tad off putting) and the new platform was thus enhanced for interior accommodation.

Despite how we might feel about it here in Petrol Town, the range topping XC60 is the T8 hybrid, which combines electric and conventional motors to produce a combined 407bhp and 640Nm of torque, while handling the 0 to 100Kph jaunt in a healthy 5.3 seconds. It’s not going to give anyone whiplash (or an Oscar) at that rate, but it’s smooth and provides plenty of push for overtaking or merging— not that there was much call for that in Tarragona, where other cars were scarce. The blown four-cylinder is competent and not annoyingly laggy, and helps the T8 put up quite respectable numbers.  Volvo will also offer petrol-powered T5 delivering 254 hp and the T6, which with both turbo and superchargers attached, delivers 320 hp and 400 Nm of torque.

The XC60 handles well, albeit not as unflappably well as something like the track-ready BMW X6. But then, it’s larger and less sporty, so that’s as it should be. Nonetheless, the new chassis is quite capable, body roll is minimal and there’s no tendency towards outsized understeer. Think of it as a sort of high-riding wafter with a Swedish Chef accent.

This big-boned Swede excels at comfort, both in the driveway and on the road. We recommend the optional air suspension for a superbly smooth ride atop the 20-inch wheels that accompany the top trim level. Step up to the 21’s and things get a little less placid, but either would suffice for a run up to Jebel Hafeet, or the getaway spot of your choosing.

Volvo’s new ‘human-machine interface' is quite good too, it’s a powerful, tablet-inspired touchscreen to rival Tesla’s, with standard Satnav and Ericsson-based cloud solution included, as well as the ability to pair with your phone through either Apple Carplay or Android Auto. The system covers a huge range of configurable parameters throughout the car and handles the basics very elegantly, switching between the phone, navigation, climate and entertainment screens with ease, helping keep the driver’s focus where it should be; on the road. Not that you need do so often, as you have plenty of control over each from the main screen with it’s array of tiled apps. 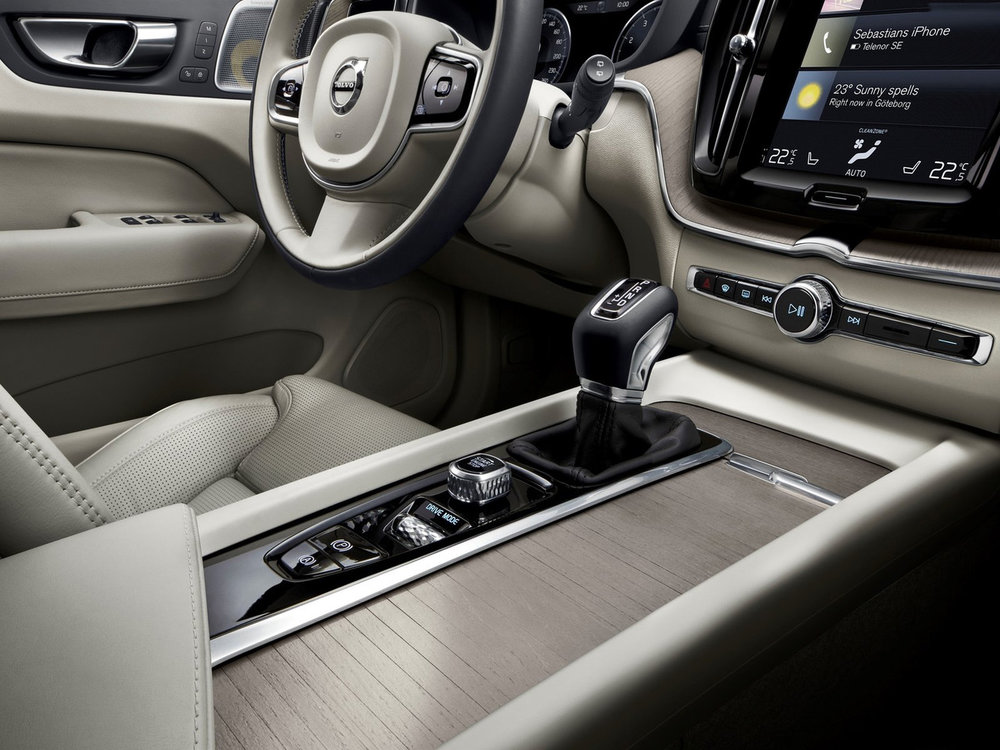 Choose an XC60 for your family (or just yourself, as the case may be) and you’ll be extremely comfortable and well looked after inside. But it is not just under the hood that the new XC60 delivers healthy performance. The new CleanZone four-zone climate system removes harmful pollutants and particles from outside the cabin to deliver Scandinavian-fresh air on the inside. Volvo Cars’ driver infotainment and connected services offer, Sensus, and the Volvo On Call app both receive a graphical update with improved usability. As in the 90 Series cars, smartphone integration with CarPlay and Android Auto is also available.

In addition to being well accomodated, you will also be quite safe, and that’s no small thing on our roads. Volvo is projecting zero fatalities in their cars by 2020 and so far, the data they’ve gathered since 2010 has them right on track. The legacy of Nils Bohlin is alive and well at the company, and Volvo studies real-world accidents in depth to augment the safety testing it does at its own facility. The car has a solid cage and a wide range of active avoidance systems, some unique. So much so that the outgoing XC60, now 12 years old, still tops many lists for safety. 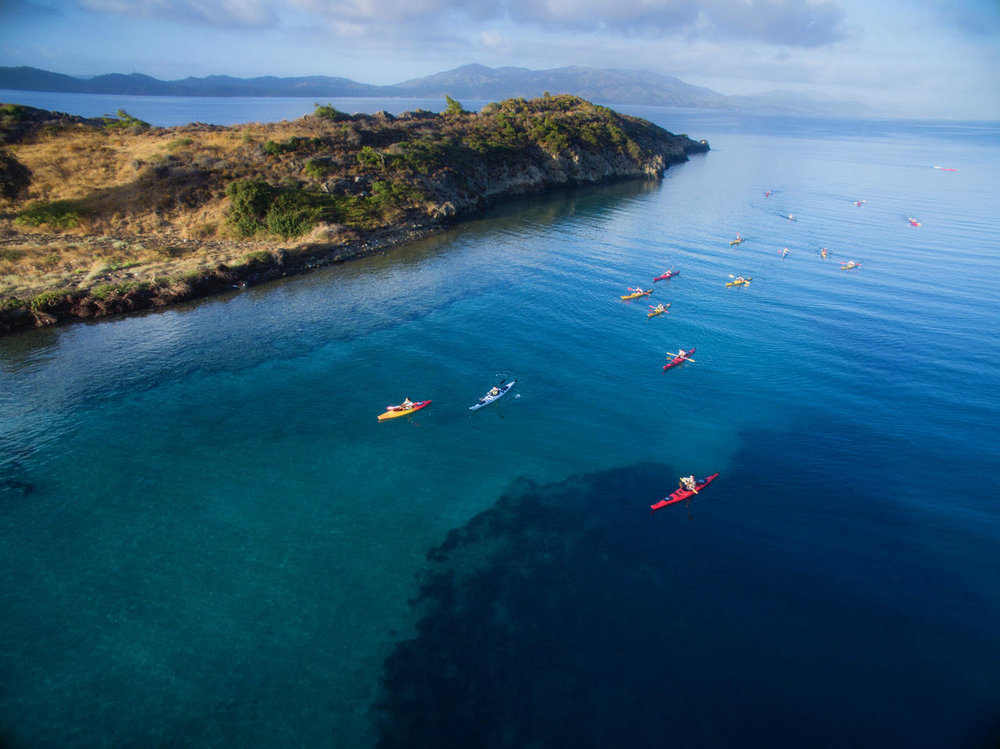 The XC60 may or may not match German performance, or British ride quality, but it does all those things well and manages to offer a third way to luxury that the American and Asian carmakers can only envy. OK, so they’re Chinese owned, but judging by the results this is a Swedish car with Chinese R&D money, and that’s a powerful combination. Only time can tell how the XC60 will do here, but so far orders have exceeded expectation globally and it feels good to see Volvo on a roll.