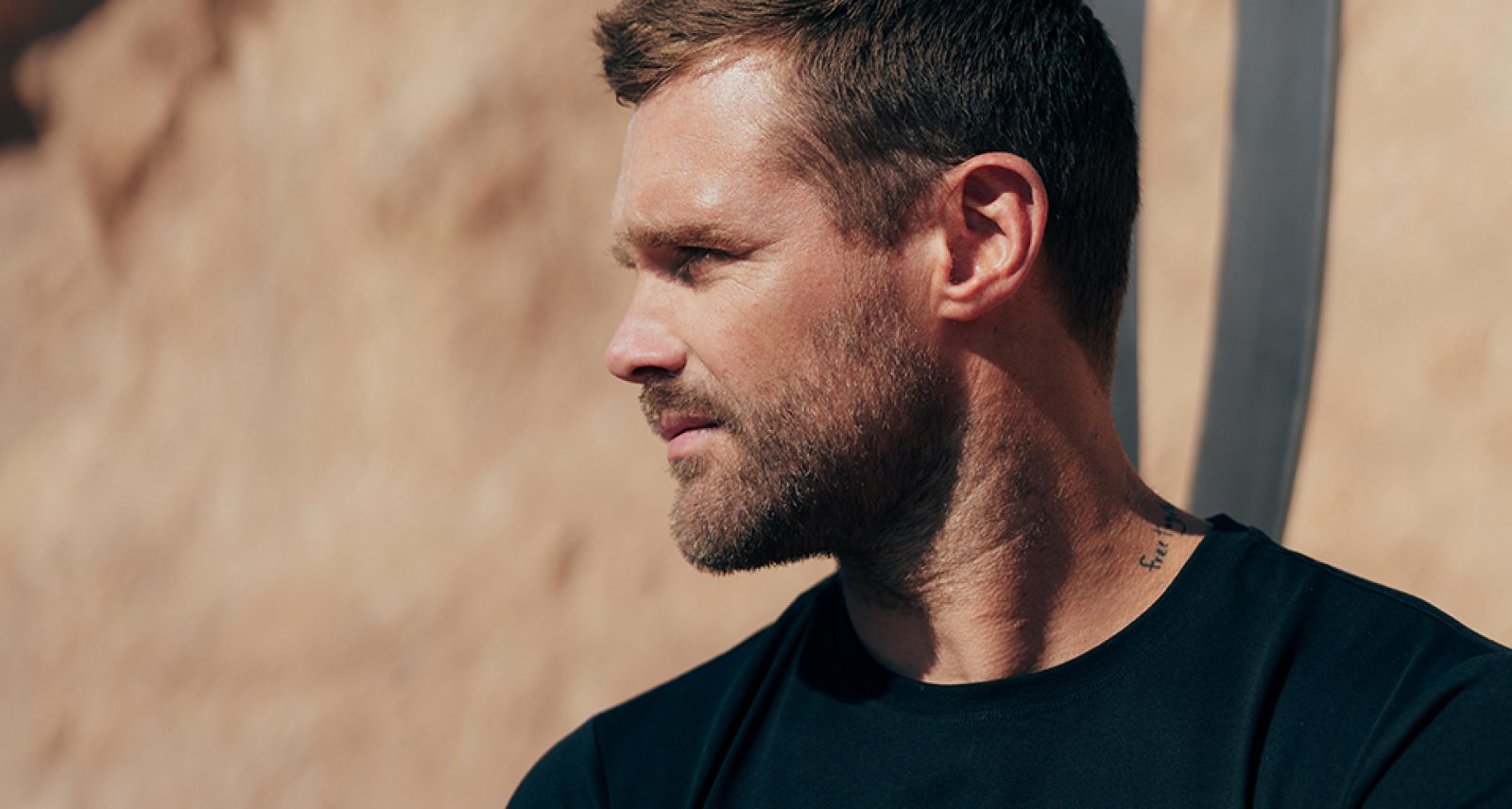 Nick Youngquest may have retired from rugby, but he’s still finding himself in no shortage of high-adrenaline environments. As the face of Paco Rabanne’s Invictus fragrance, the athlete-turned-brand ambassador recently headed to Namibia to film a new campaign for the launch of Invictus Legend: a crazy, post-apocalyptic car chase featuring vehicles that look straight out of Mad Max.

During his pro rugby days, Youngquest scored an impressive string of tries as a speed demon of a winger, for both Australian National Rugby League teams like the Penrith Panthers and for U.K. Super League teams like the Castleford Tigers. While he’s now based in New York and focused on modelling, he’s still keeping plenty active: he’s become a certified yoga instructor and is currently training for his fifth marathon. We talked to Youngquest to find out just what it takes to reach the status of athletic legend - and how to do so smelling great.

The Invictus bottle is shaped like a trophy. How does applying fragrance compare to that post-game rush?

It gives you your own kind of ecstasy and feeling that you’re really owning your personality. Not all of us are going to win a marathon or a hockey championship or whatever, but there can still be that little burst of success.

This latest campaign states “heroes come and go, but legends are forever.” What differentiates those two for you?

A legend is someone whose legacy really outlives them. Oftentimes, people think of sports, but we have so many inspirational people standing up to the injustices out there. Michelle Obama, or Stephanie Gilmour - a seven-time surfing champion, but also a champion for equal pay for women in surfing. That’s another part of being a legend - you are successful in different environments. What’s been the steepest learning curve you’ve encountered as you’ve moved from rugby into modelling and commercial acting?

When you’re playing sports, even though there are a lot of cameras, you’re so taken away from them. Modelling for photos or a commercial, they’re right in your face. It needs to be all systems go. I focus on visualizing how it needs to look once it’s finished. And it was lovely to shoot with my girlfriend (Luma Grothe, who plays Olympea in the commercial). Maybe if we have kids down the road, we can show it to them and say, “Mom and Dad weren’t that bad after all.”

What’s the main note that stands out to you from this latest Invictus scent?

The honey. With Invictus, we’ve always had a strong freshness mixed with that florally sensitive side as well. Now we’ve spiced it up with Legend to add a bit of warmth. It’s really for carrying you from an afternoon gym session to dinner and then to a little bit of spice in the bedroom after.

Is there any time in your life that a particular cologne or scent reminds you of?

For me, I’ve worn fragrance for a long time - I used to steal my dad’s for a long time, as everyone normally does. Now Invictus is all he wears, because he’s so proud. And I remember rosy, florally smells from my mom. You’ve now taken up marathon training as well. How does that compare to your days of rugby training?

I’ve run four marathons now, and the first half always feels great, but the last 10 kilometres of each one, I’ve died. It really teaches you the perseverance you need to push through the difficult parts. There’s a mental toughness that you need to drive yourself to the end. To be honest, it’s been a lot more challenging than I’d been expecting.

You’re also a yoga instructor. How do you encourage men to branch out beyond just the traditional macho identity?

We’re getting that pushed onto us in various ways, but it’s up to us to challenge ourselves and develop our sensual side with something different. Even though the commercial has very fast-paced action, there’s still a sensual spot when I look back and Luma’s holding me - that gives a sense of togetherness and care, and a feminine aspect. It's About Time You Started Pollution-Proofing Your Skin

Met Gala 2019: The Coolest, Campiest, and Most Preposterous Looks of the Night