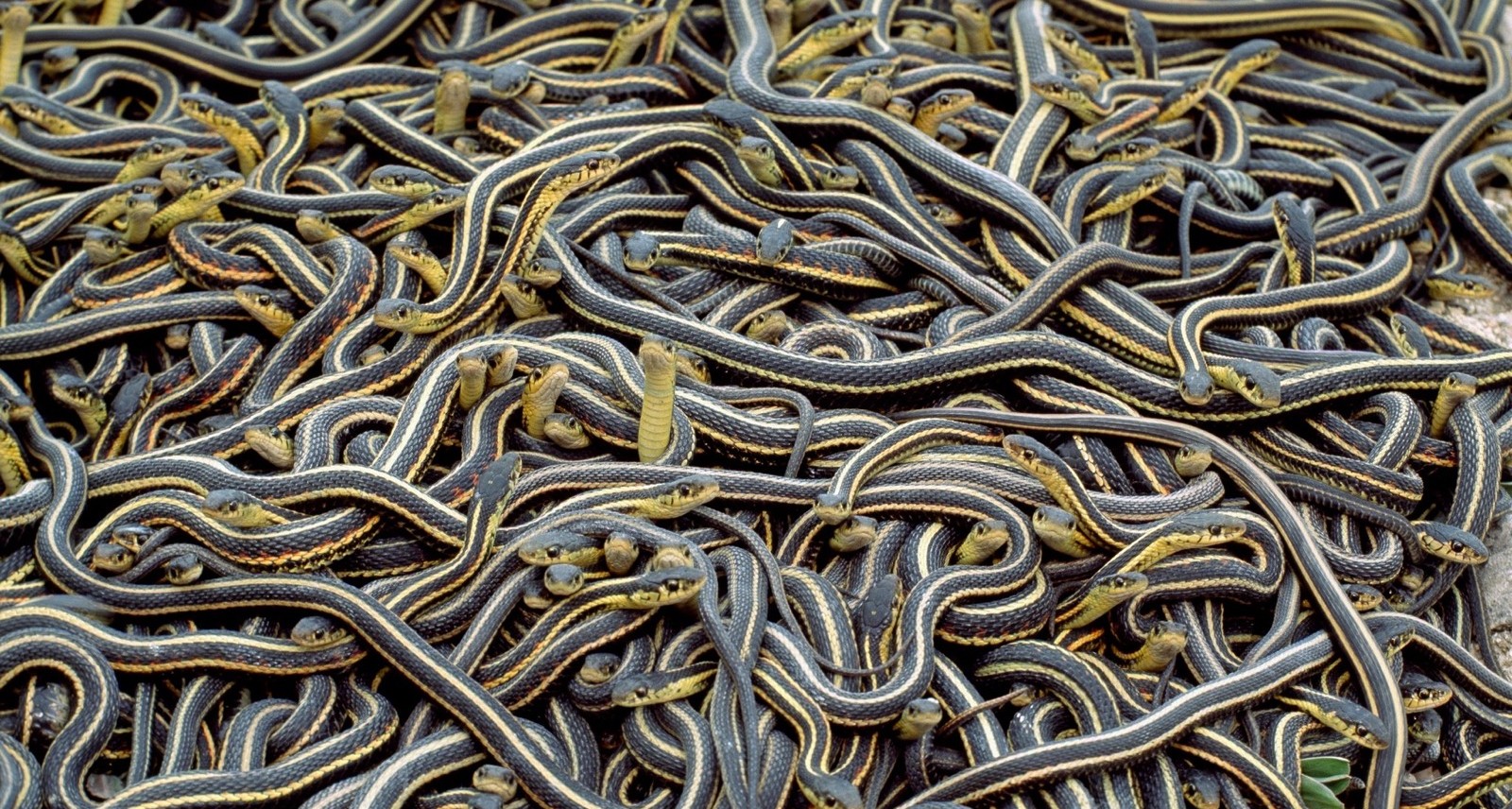 Follow Highway 7 north out of Winnipeg long enough and you will come to Narcisse, Manitoba, a small hamlet that you do not want to visit.

See, this weekend, in the Narcisse Snake Den — a small cavern the size of a living room — a “slithering carpet” of 75,000 snakes are waking up from winter hibernation, and they’ve got one thing on their minds: getting laid.

Here’s some footage — just be warned, though, you can’t un-see this:

As it turns out, though, actually getting some is not an easy feat. At times, the males can outnumber the females 10,000 to one.

“Imagine trying to find a slightly bigger piece of spaghetti in a colander of spaghetti, and it’s moving,” Dr. Bob Mason, a reproductive biologist at Oregon State University, told the New York Times.

This will sound glib, and I do not want to conflate the very real tragedy of Fort McMurray and this strange/disgusting ecological phenomenon, but WHAT IN THE ACTUAL F**K is happening in the Prairies right now?

Here's What You Should Wear to Your Next (Seven) Summer Weddings

5 Things You Should Know Before You Get Married

Which Books Should Be on My Nightstand This Summer?

They Fit the World's Largest Indoor Waterfall Inside a Singapore Airport