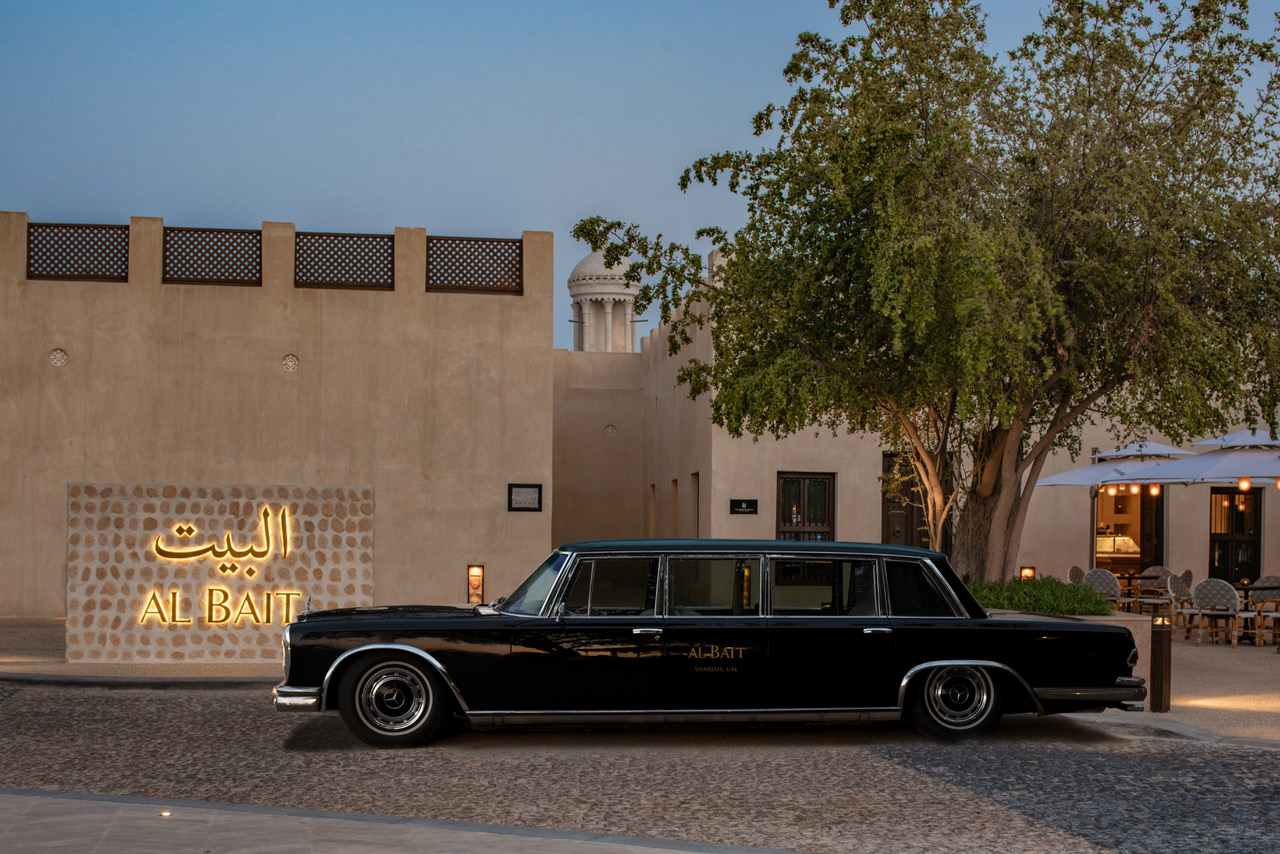 Located in the heart of Sharjah, Al Bait hotel is a 5 star luxurious retreat where the traditional and contemporary meet. It is a truly Emirati hotel managed by GHM hotels. Each of the GHM hotels and resorts features elegant and contemporary designs interpreted with respect for the indigenous culture, rich history and unique surroundings. Authenticity is key to every GHM guest experience, from the refined grandeur of the architecture to the respectful intimacy of addressing our guests by name. Worldwide, only six hotels can claim that and the only one in the UAE is the Al Bait Hotel in Sharjah. 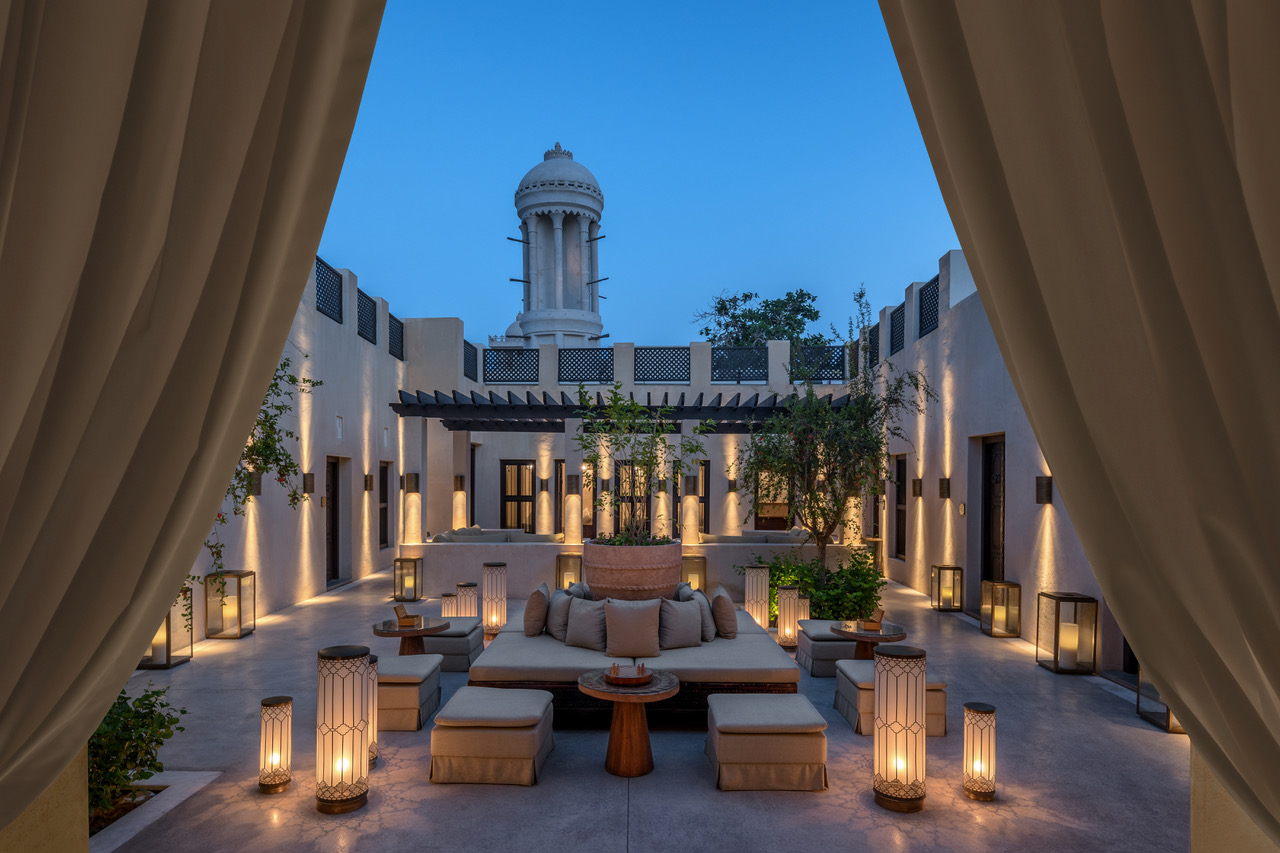 The hotel brings to light Sharjah's legacy and works with the Emirate’s thoughtful vision to revive the heritage in the region through the protection and restoration of the historic fabric within the city and the Emirate at large. 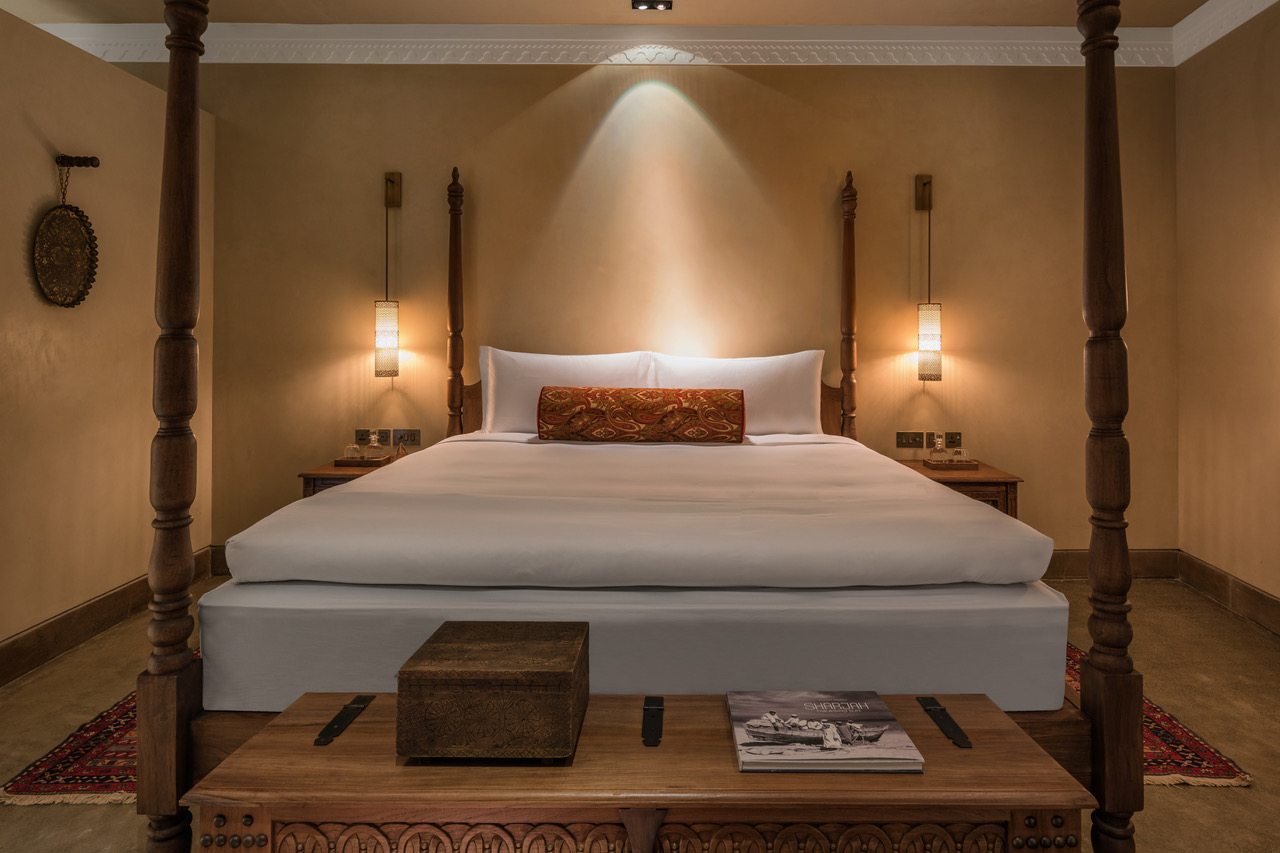 Uncompromising quality is what sets this AED 100 million hotel apart. It will preserve the traditional houses in the area which were chosen to build and shape the hotel. These houses will keep the names of their original owners and rooms so as to highlight the environment and lifestyle of the Emirati families who lived there. 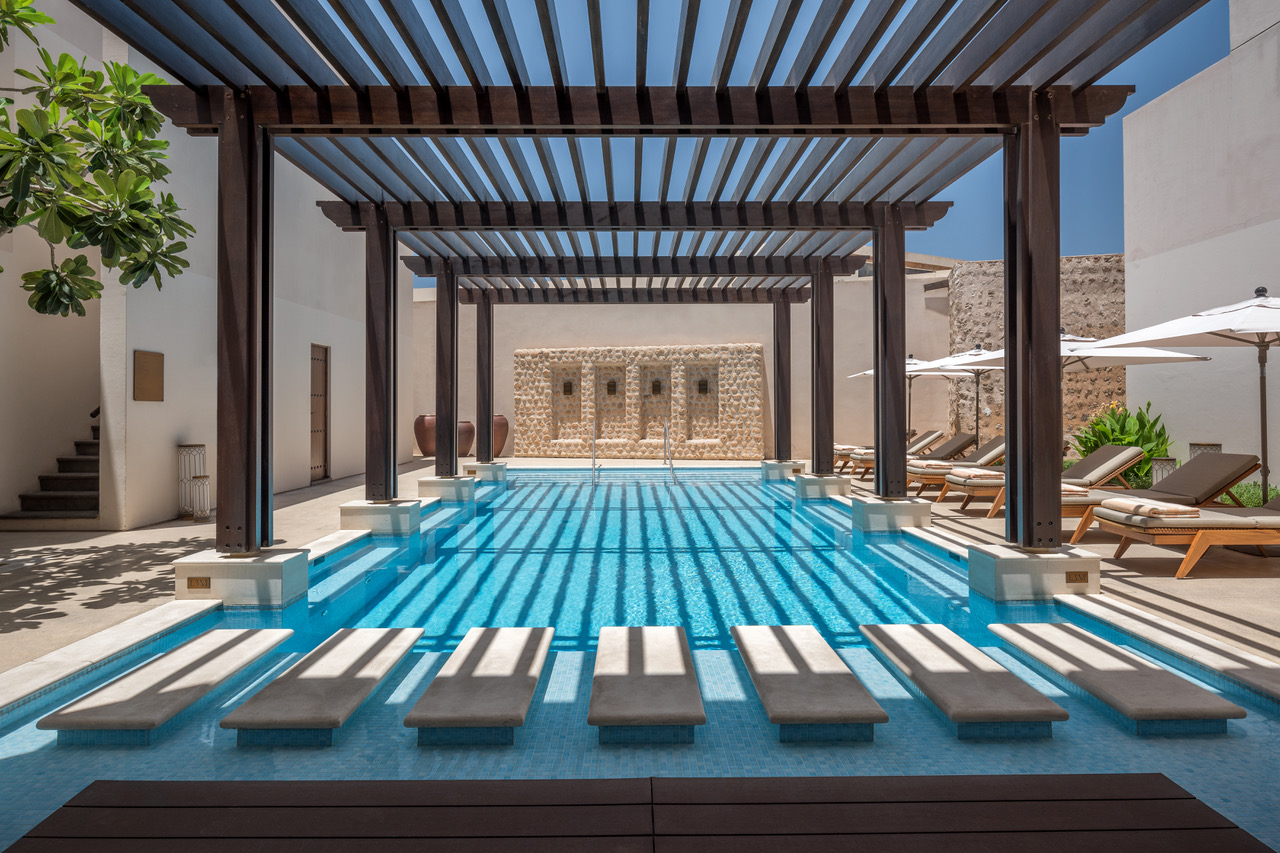 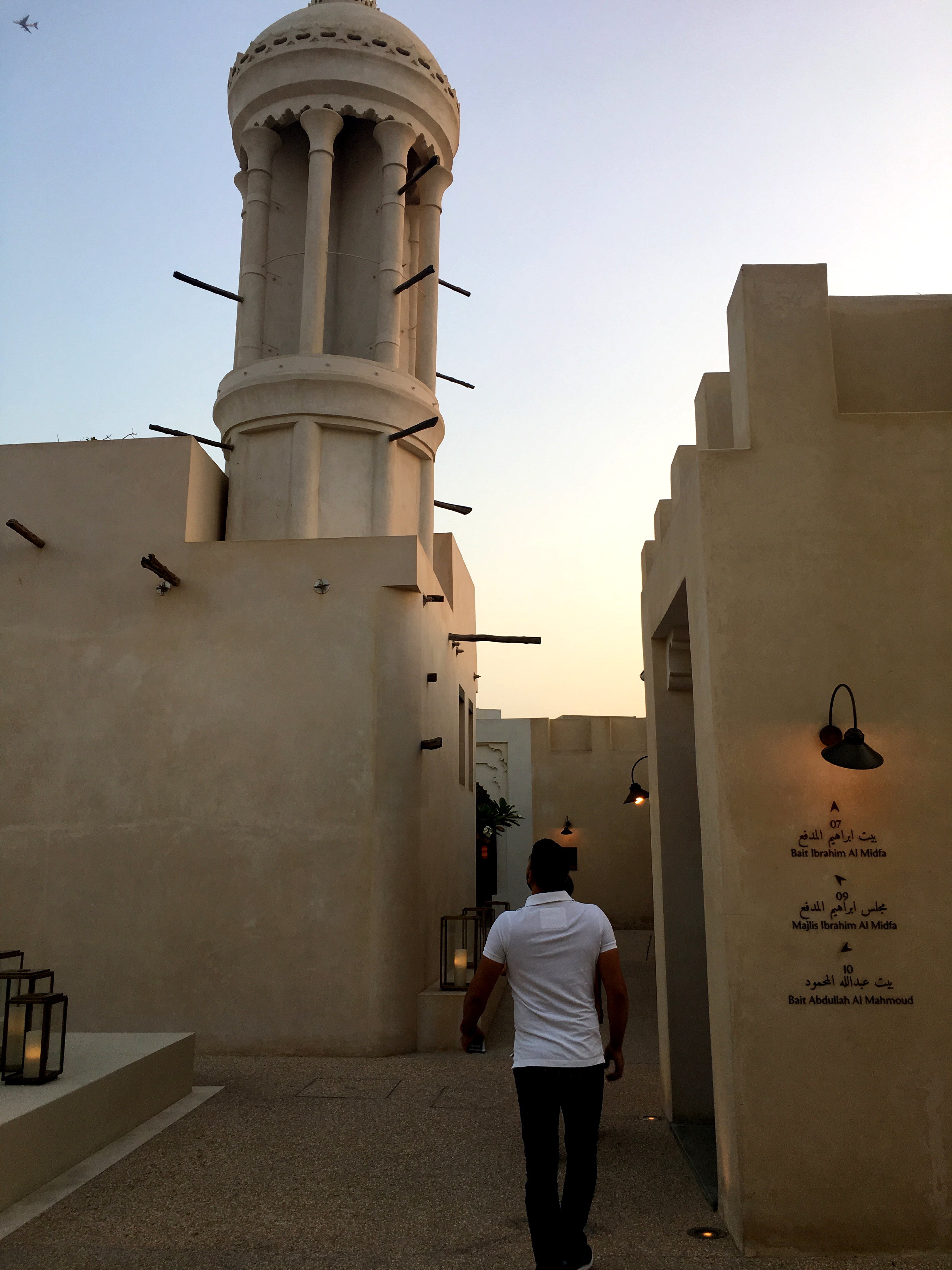 The story behind the four heritage buildings that form this hideaway:

Bait Abdulrahman Al Midfa had fallen into disrepair and was repaired and partly reconstructed using gypsum as a binding material in the 1990s. It was built in the Gulf and traditional Pan Arabian design. This single storied building expresses the lifestyle of a distinctive culture and one conditioned by the climate, natural resources and social requirements of privacy and security.

Historically this is an important building as the sea-facing rear rooms of the house housed the first Post Office set up during colonial British times.

Historically an important building as the sea-facing rear rooms of the house housed the Customs' Office during colonial British times.

Built in 1927 by Ibrahim Mohamed Al Midfa, who launched the first newspaper in the Trucial Oman States. Named Oman, this was a by-monthly publication, hand written on paper and posted on a wall in the old souq. It also complemented the role of the mosque and the school. Mr. Al Midfaa encouraged fathers to bring their children to the majlis so the younger male generation could learn about traditions and form a bond between the generations. Stories and poems would be recited and memorized and thus passed down from one generation to the next. As a tribute to Mr. Al Midfaa’ s contributions to the Emirates’ social, academic and political welfare, His Highness Sheikh Dr. Sultan Bin Mohammed Al Qasimi, Ruler of Sharjah, initiated the renovation of the Majlis. This historic building, with the only circular wind tower (barjeel) in the UAE, was opened to the public on December 16, 1996. The barjeel was restored by a UNESCO team with minute adherence to all UNESCO standards. 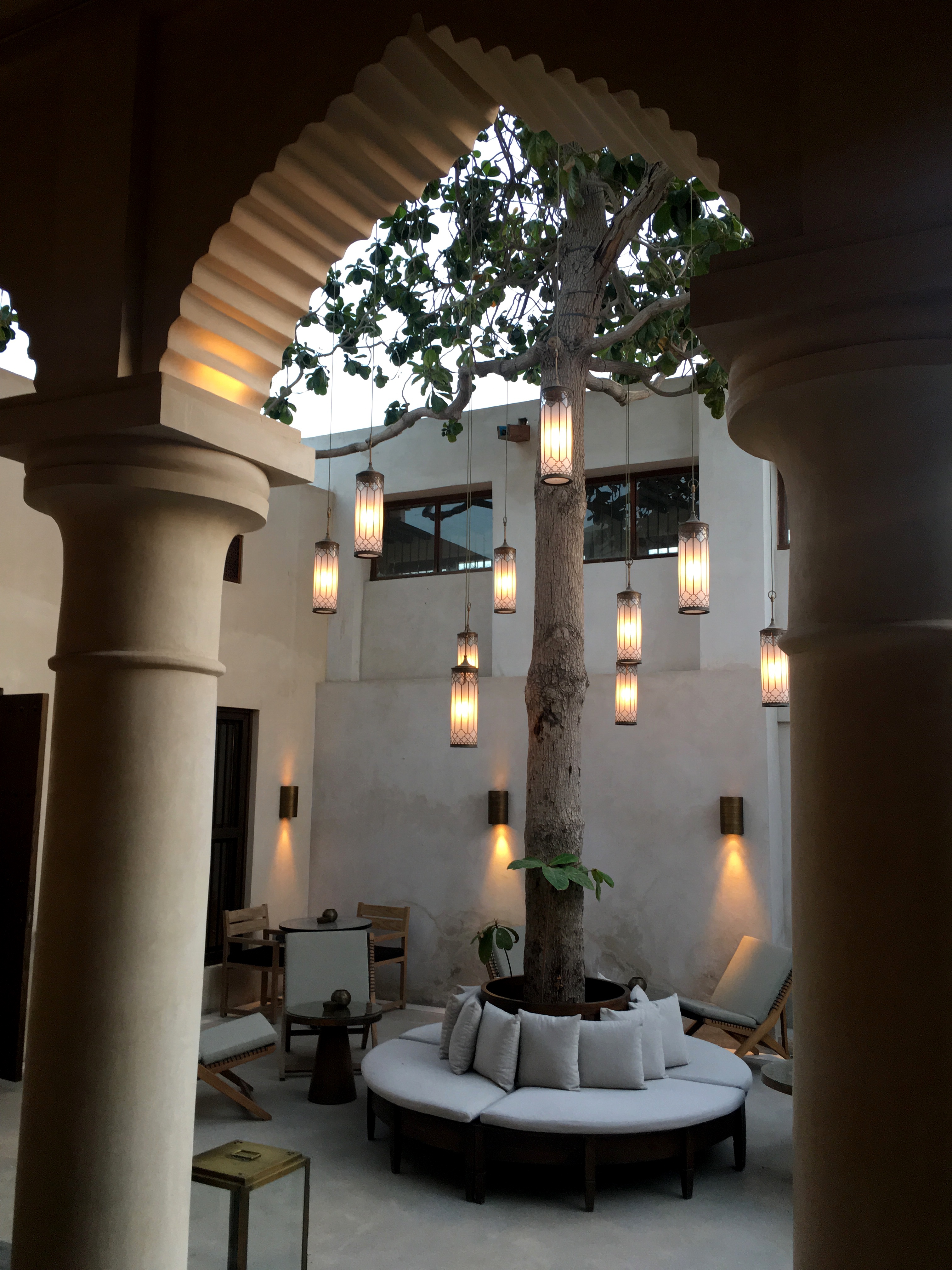 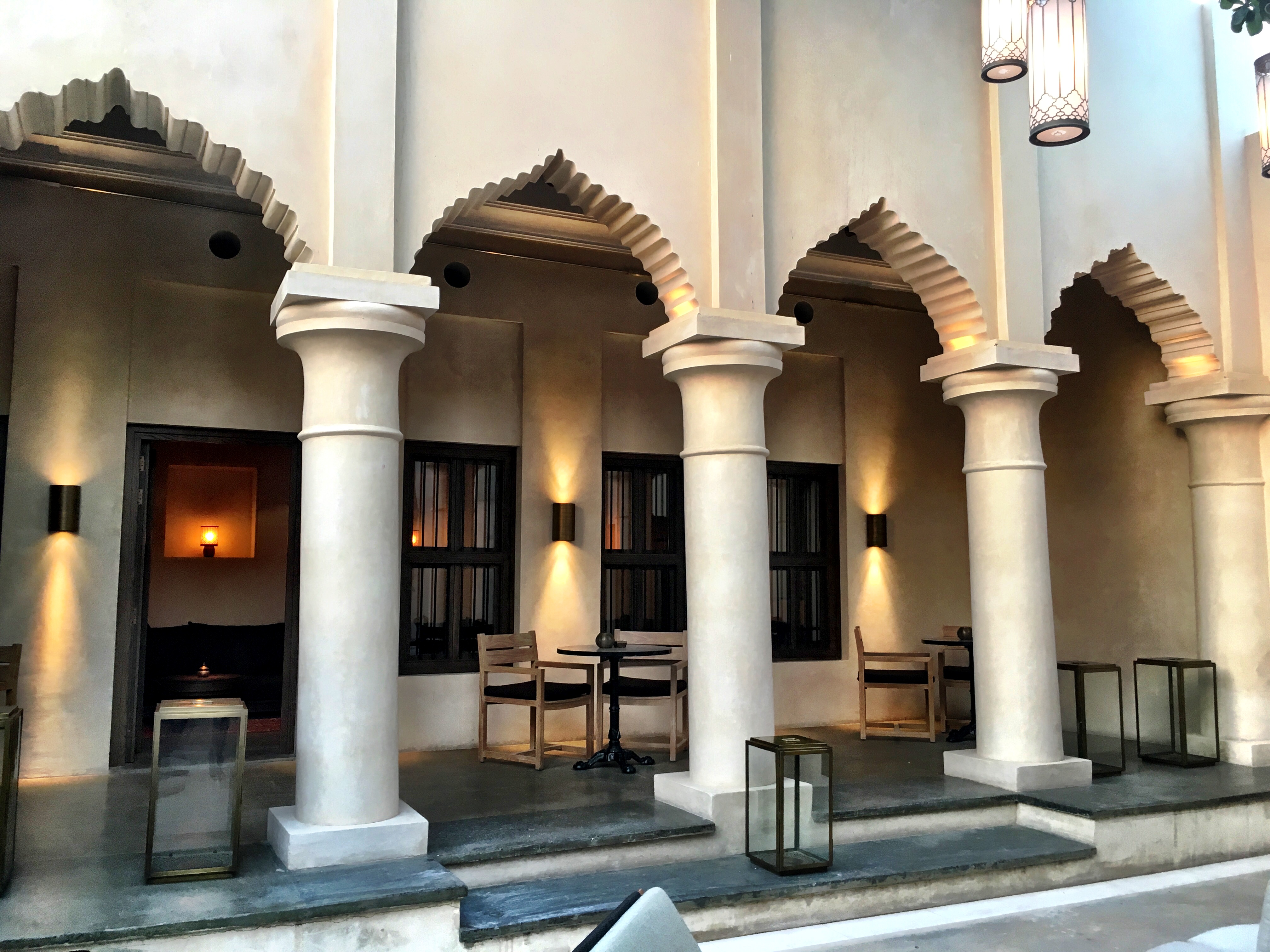 At Al Bait, guests will experience the past through elements that are in harmony with the culture, society, history and civilization as well as the world-renowned hospitality of the United Arab of Emirates.