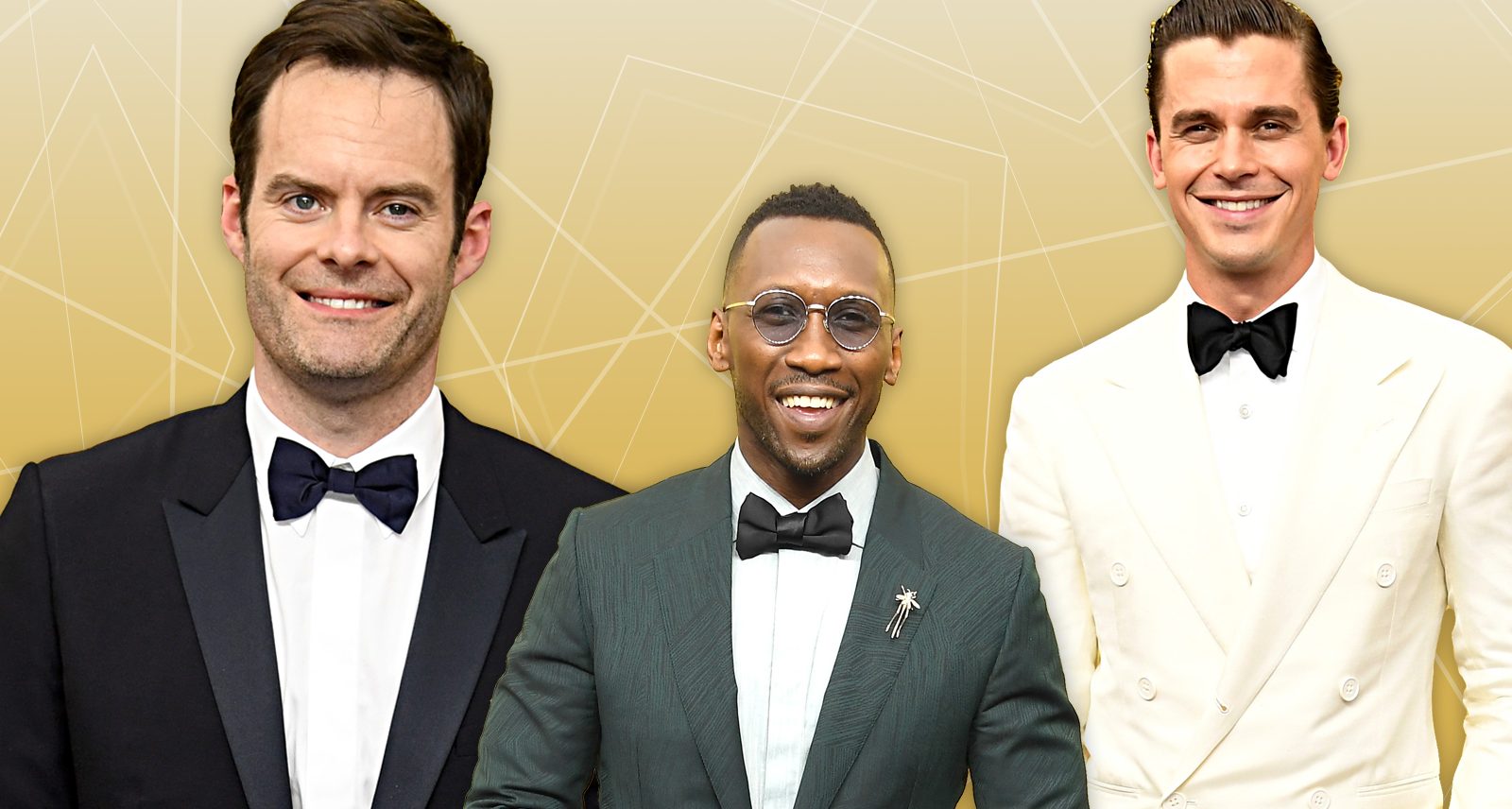 The 71st Emmy Awards may not have had a host (and no one was saltier about it than Stephen Colbert and Jimmy Kimmel) but they did have the biggest stars on TV right now, dressed to the nines. (They also had me kicking myself for not watching Fleabag⁠ - which won literally everything. If you need me, I will be busy binging it tonight, thank you very much.)

Among the evening’s highlights was Billy Porter making history by becoming the first openly gay black man to win for Outstanding Lead Actor in a Drama Series. He slayed in more ways than one - but his biggest win of the night may have been his outfit, and he was not alone in that.

Here are some of the men who also took home metaphorical awards for their superb looks. The Canadian father-son duo on Schitt’s Creek, and IRL, dressed to impress at this year’s Emmys. Dan rocked a brown Prada tux and Eugene wore a classy, dark navy tux. Coster-Waldau’s gold jacket was as shiny and scaly as Daenerys’ dragon eggs on Game of Thrones. He may have lost to his onscreen brother (Peter Dinklage) for Outstanding Supporting Actor in a Drama Series, but he succeeded in the fashion category and really, doesn’t that matter more? Our current cover star killed it in Dior Men as he accepted his Emmy for Outstanding Lead Actor in a Comedy Series. Porter took the win for Outstanding Lead Actor and the win for best style in a sparkly, pinstriped Michael Kors pantsuit. His black platform sandals and statement hat helped complete his Emmy-worthy attire. Jon Snow can pull off a fur cloak almost as well as Kit Harington can pull off a full Givenchy outfit. He decided to wear this crisp white shirt and black suit without the tie but really, who needs a tie when you look this good? The food and wine expert of the fab five group on Queer Eye dazzled in Ralph Lauren and an Omega timepiece. The Montreal native looks surprisingly even better on the purple carpet as he does in the kitchen.

The Resurrection of Tom Payne