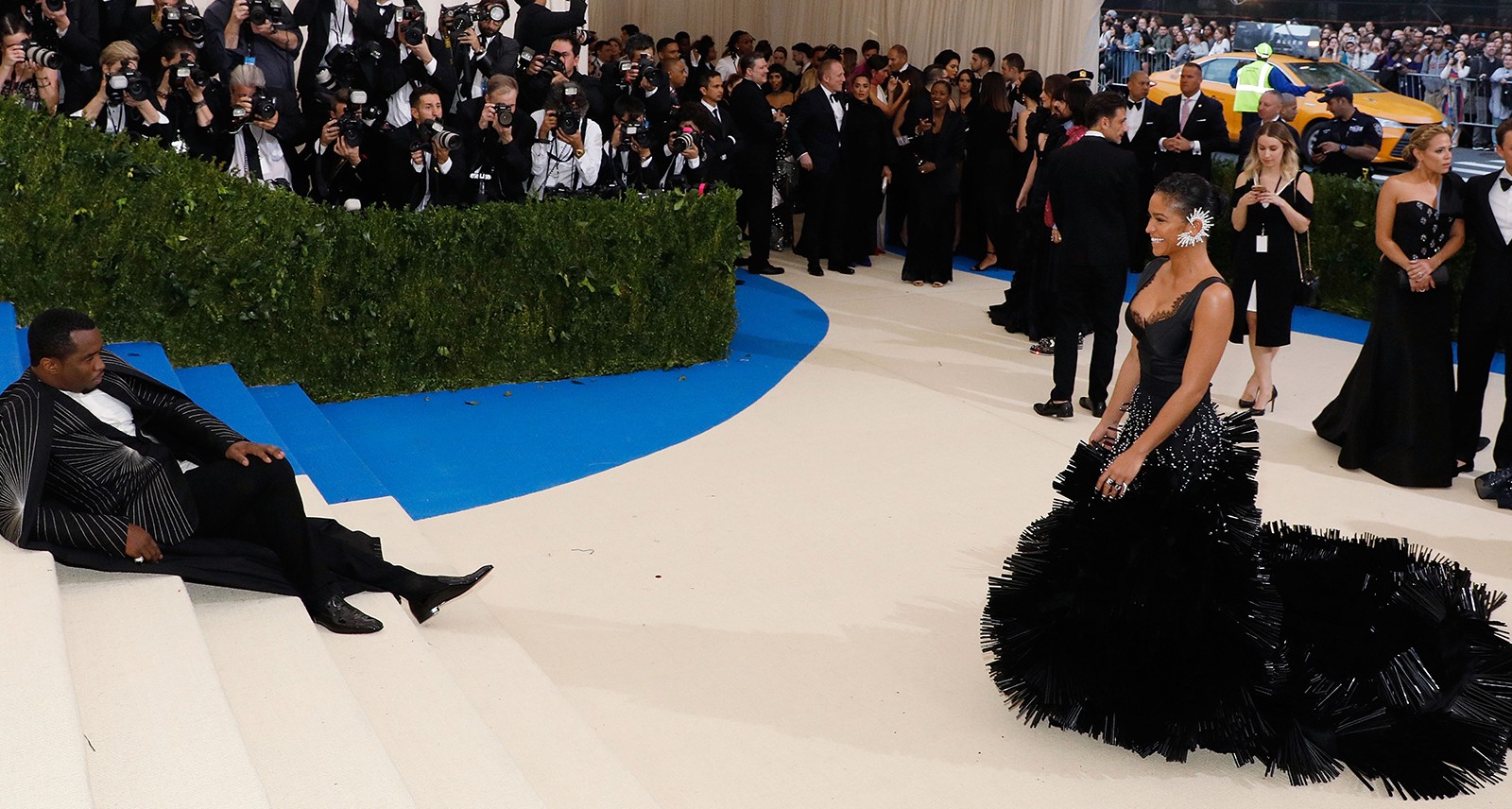 The Met Gala isn’t your average red carpet event — it’s a chance to break out of formal expectations in favour of fashion-forward creations. This year’s celebration of Rei Kawakubo/Comme Des Garçons gave attendees license to aim for the avant-garde when getting dressed for the gala, but most men still opted for a traditional tuxedo. While they looked good, they were ultimately forgettable on a night where you’re expected to bring your A-game. The men that opted for bold looks, inspired by Kawakubo’s subversive attitude towards design, are the ones who stood out and stole the show. 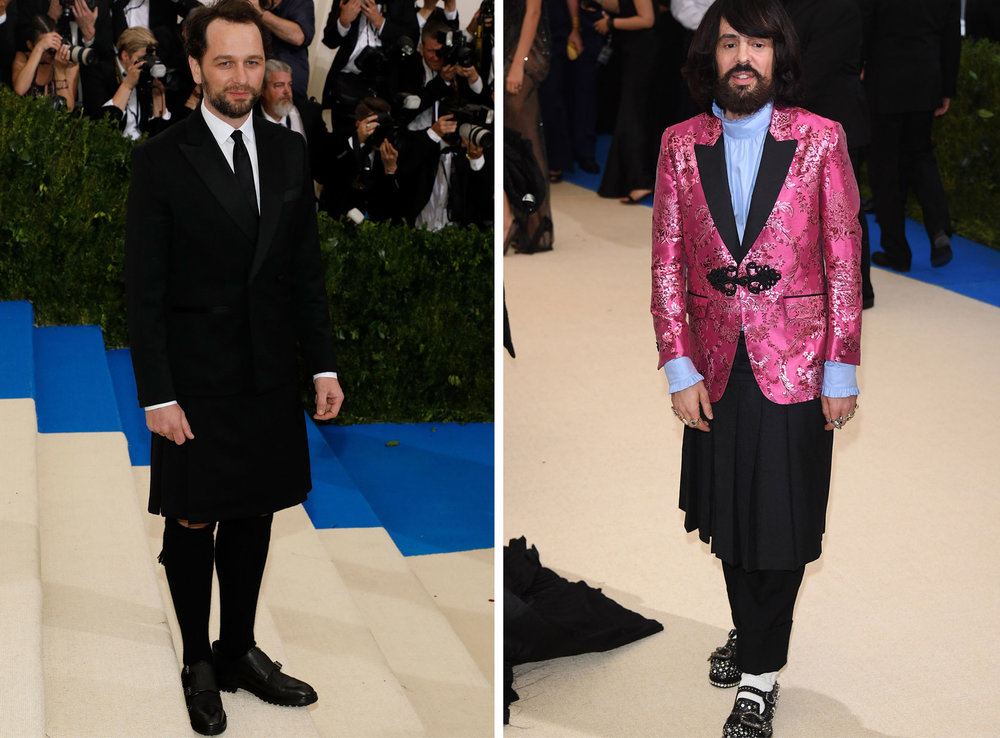 Fashion has always loved a kilt, but it still isn’t something that most men are willing to embrace. Matthew Rhys broke one out for the occasion, but ditched the tartan for an all-black iteration that added a bit of edge. Gucci’s Alessandro Michele, meanwhile, layered one over pants and under an eye-catching blazer, a combination that was true to both his designs for the brand and the theme of the event. 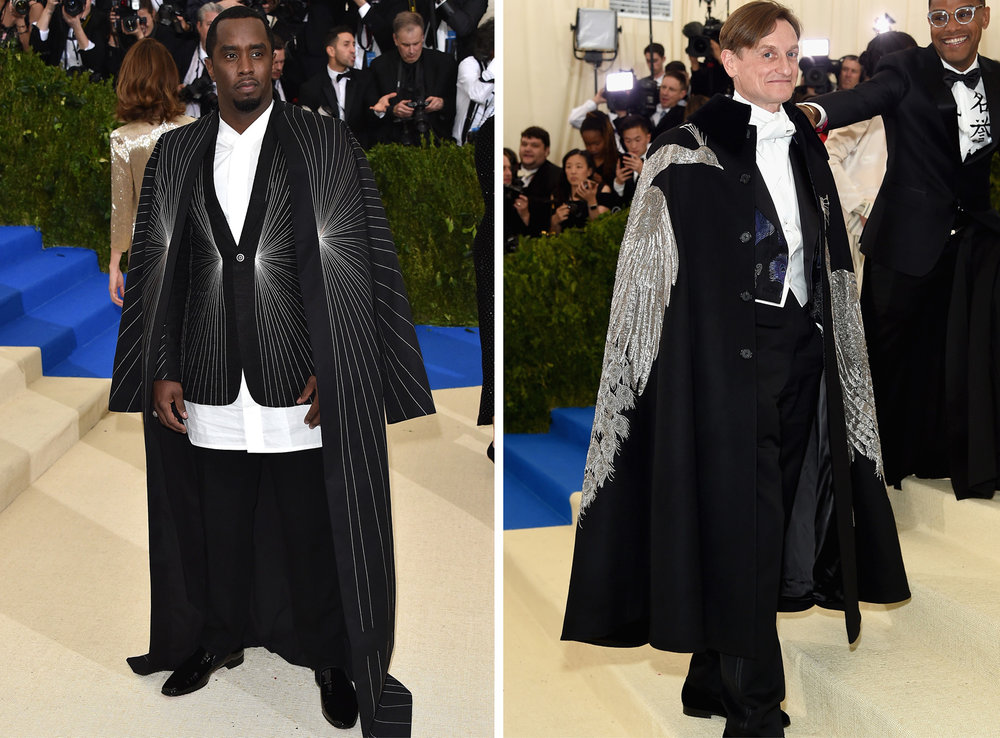 Capes are antiquated and impractical in today’s world, but if there ever was a time to revisit them, the Met Gala is it — something Vogue’s Hamish Bowles knew all too well, choosing to indulge with a peacock embroidered version. Sean Combs’ is actually an oversized, embellished coat, worn slung over his shoulders. 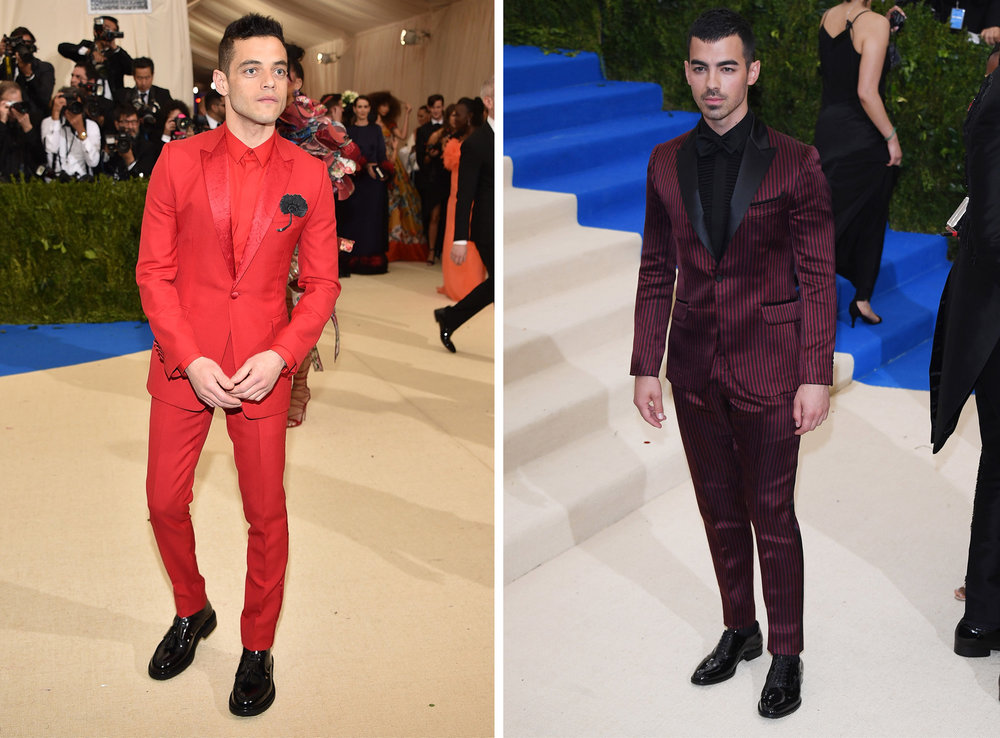 Red was a popular colour among the female attendees, but only a few men were brave enough to pull off the bright hue. Unsurprisingly, Rami Malek was one – he has shown himself to be a fashion risk-taker, and this crimson ensemble is no exception. Joe Jonas took a slightly more muted approach, pairing his merlot pinstriped suit with black underpinnings. 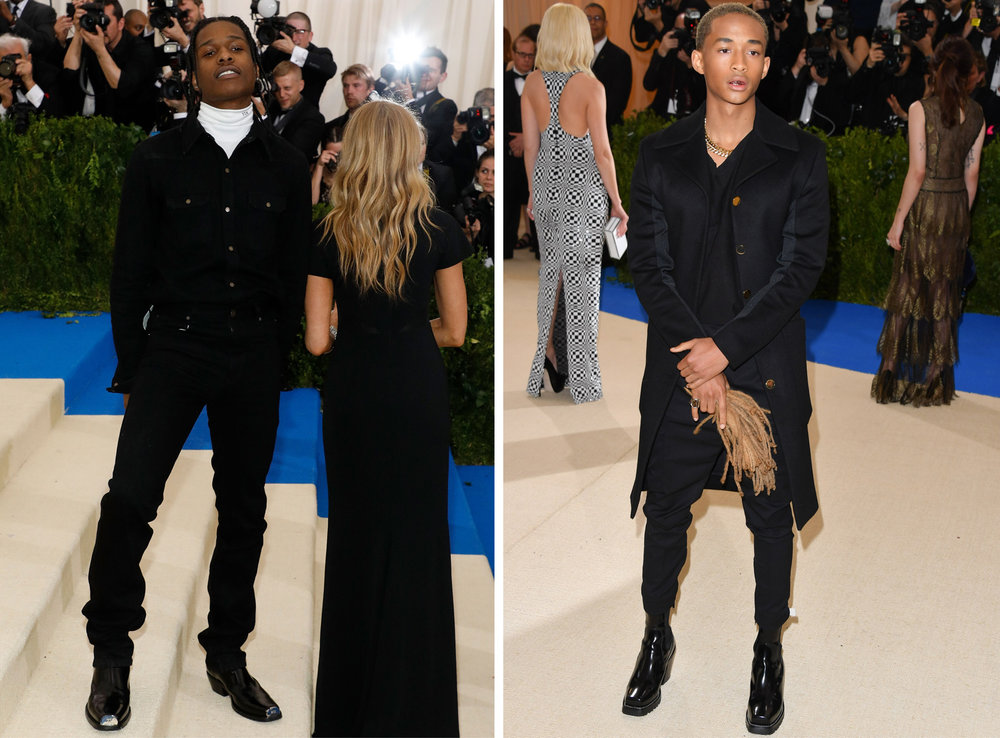 Opting to ditch suits entirely, Jayden Smith and ASAP Rocky wore monochromatic, modern outfits with different approaches — Smith’s, a long coat and slim pants; Rocky’s a denim jacket and jeans with a white turtleneck. Both ended up with similar footwear choices, though: trendy square-toed boots with a Cuban heel — who doesn’t want a little bit of extra height? 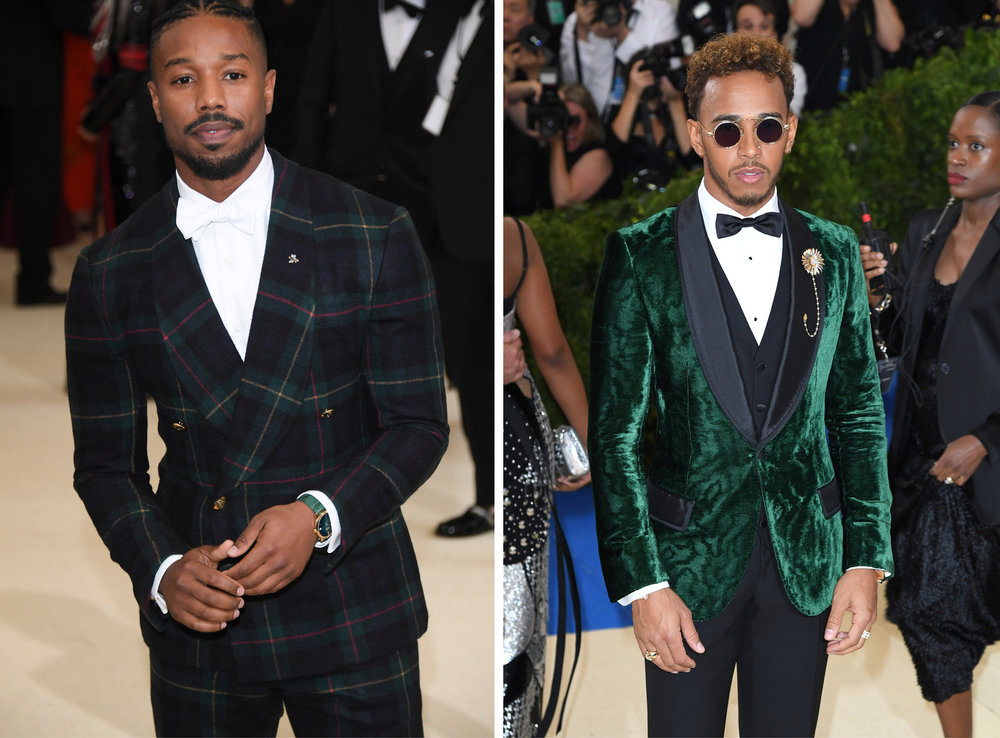 A suit or a tuxedo wasn’t necessarily the wrong choice for the event, but they needed to be something special to make sense for the occasion. Case in point: Lewis Hamilton and Michael B. Jordan. Hamilton’s vibrant green velvet jacket and choice of accessories were unique, while Jordan’s double-breasted suit was impeccably cut but still had a sense of punk to it thanks to the plaid pattern.

Weekend Wear: Time to Break Out the White Denim