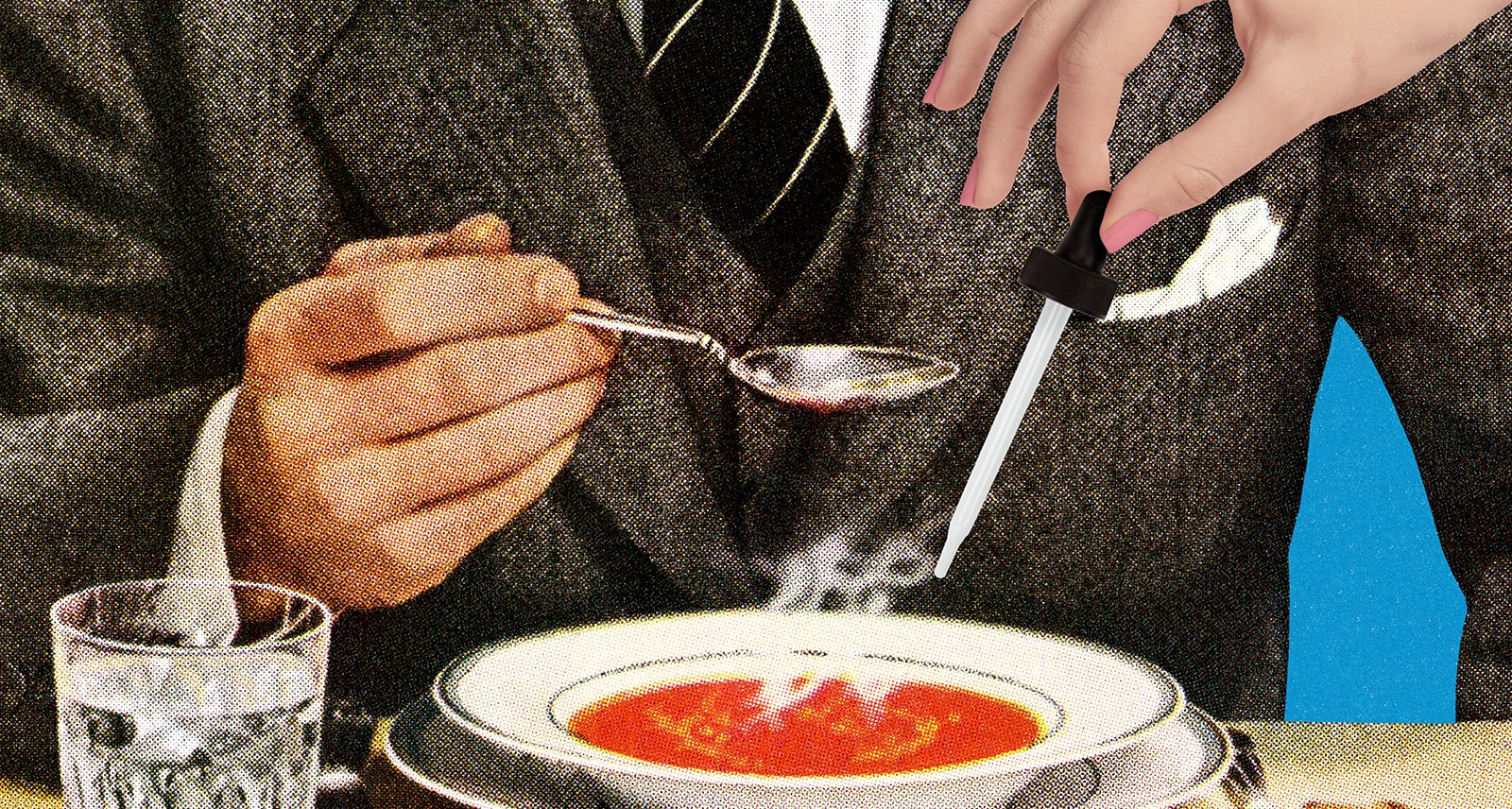 If you’ve seen the letters CBD once, you’ve seen them everywhere: CBD-infused cookies, CBD-infused coffee, CBD-infused friends. CBD is never just in something — it’s always infused there. CBD products can be sprayed and smeared, snorted and smoked; they come in oils, tinctures, pills, and balms. You can drink CBD water to “penetrate your cells.” Speaking of penetration, you’re welcome to upgrade to CBD-laced lube.

CBD has probably gotten into your Instagram feed, too: traces of the cannabinoid turn up on fitness ‘gram, foodie ‘gram, mystical ‘gram, emo ‘gram, cute-animal ‘gram. (There are a weird number of CBD products marketed for dogs: all bark, no buzz.) Where there are influencers, there’s CBD. Olivia Wilde rubs it on her tired feet. Gwyneth Paltrow is on the case (natch), with Goop rounding up recipes for CBD-spiked cocktails.

So, what gives? What even is CBD, and why is it suddenly everywhere? (Spoiler: a part of weed that doesn’t get you high, and capitalism.)

Will it solve all your problems? (No.) Should you try it? (Totally.) CBD is short for cannabidiol: one of 400 or so chemical entities found in the humble cannabis plant. Discovered in 1940, CBD was initially thought to be pharmaceutically inactive. This turned out to be wrong — it just isn’t the source of the effects associated with marijuana (that would be the work of tetrahydrocannabinol, or THC).

“With the rapid expansion of the marijuana industry, bud has been transitioning from illicit substance to wellness product in its own right. And because it won’t get you high and is legal in some places where pot isn’t, CBD’s crossover has been fast-tracked.”

CBD isn’t psychotropic, but it does produce effects. Enthusiasts claim it treats everything from anxiety, pain, and pimples to seizures, multiple sclerosis, and cancer. And, in fact, preliminary studies show that CBD does have anti-psychotic, anti-inflammatory, anti-anxiety, and antioxidant properties. It works on a network of neurotransmitters and receptors in cells found throughout the human body, regulating everything from appetite and temperature to memory and mood. CBD can also make friends with your body’s serotonin and opioid receptors (more happiness, less pain), and it may stymie at least one cancer-causing gene. The research, while promising, is still at the pre-clinical stage. So far CBD has only been approved as a medical treatment for select forms of epilepsy in children.

With the rapid expansion of the marijuana industry, bud has been transitioning from illicit substance to wellness product in its own right. And because it won’t get you high and is legal in some places where pot isn’t, CBD’s crossover has been fast-tracked. As a naturally derived solution for anxiety and pain, it’s an easy sell in a time when dealing with the fact that you feel like shit has been elevated into the art of self-care. The moment CBD was branded an “adaptogen” (a non-specific term for holistic substances said to help the body cope with stress), its place on the feel-better circuit was a lock. CBD has become the cannabis industry’s first full-time wellness ambassador.

Like a lot of things that deal with a person’s feelings, CBD is mostly marketed to women. But that doesn’t mean men should miss out. On the (totally unregulated btw, so caveat emptor) supplement market, you’re more likely to find it beside the essential oils and moon crystals than with your creatines and wheys. But CBD’s potential for system-wide soothing makes it a great choice for low-key stress on your body, as well as your mind. As a pre-workout boost, it can make reps feel just a little smoother, and it can ease soreness and tension as a post-workout salve.

CBD will definitely not get you high, though it can be taken with its party-hardy cousin as a way to mellow some of THC’s effect. In addition to having a breakout moment in its solo career, CBD-rich strains of marijuana are also trending. Turns out, people dig weed with a built-in buzzkill.

Forget the days when getting high was like cracking open an unlabelled bottle and just hoping it wouldn’t turn out to be your sketchy uncle’s gourd-busting, bazillion-proof moonshine that makes you forget how time works or why humans have skin. CBD has introduced the marijuana equivalent of drinking in a classy, continental way: a relaxing, regular tipple of vino. For your health.

Peace Out: A Beginner's Guide to Achieving Mindfulness

Why It's Time Your Face Got an Oil Change

Give Me 3 Essential Bodyweight Exercises

How to Actually Get Fit Using Your Apple Watch Series 3

Should I Really Be Spending All This Money on Juice?