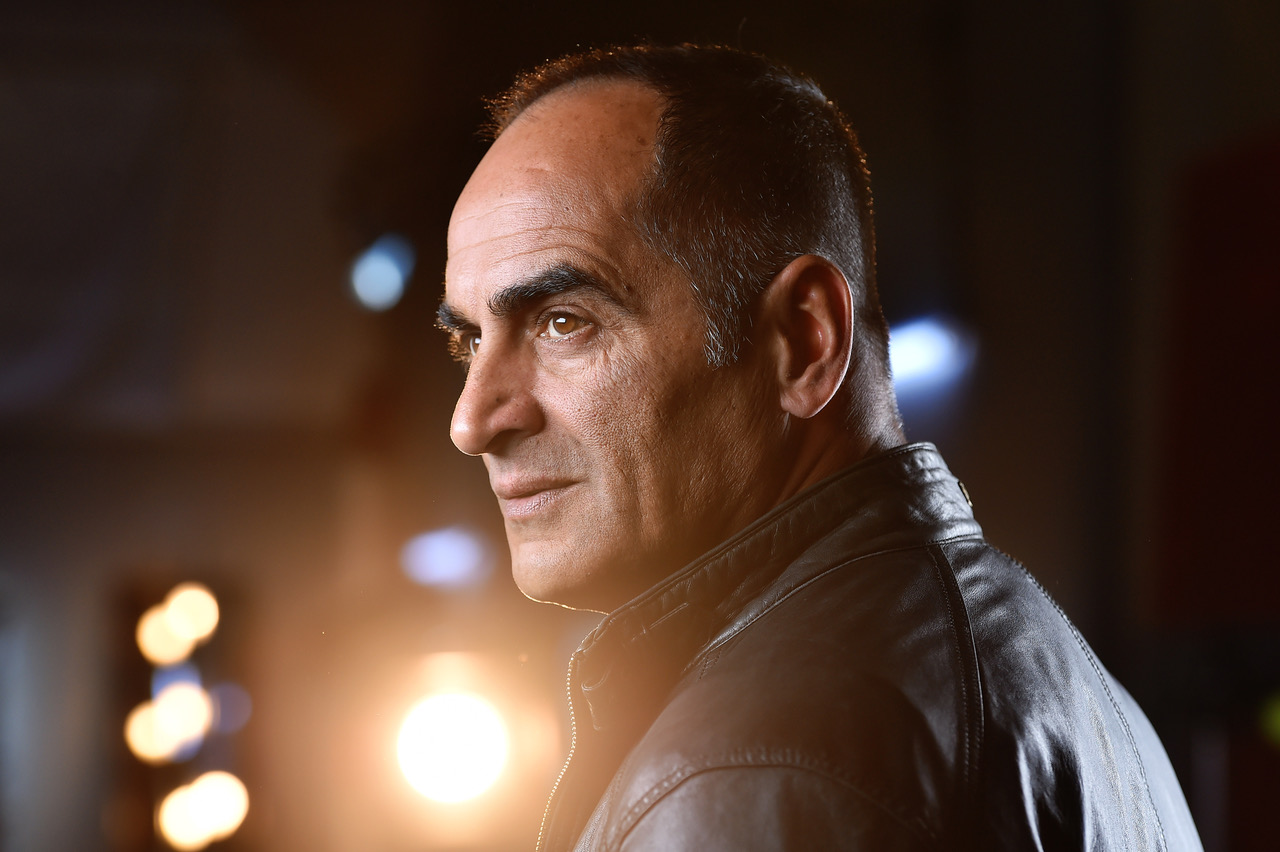 I had the honor of meeting Navid some years ago just coming off his iconic antagonists, character the terrorist Abu Nazir in “Homeland.” Nothing could have prepared me for his charm and outgoing personality. I was then writing for another notable platform and was recommended by a fellow journalist who thought he would be an ideal person to interview. So I jumped on a plane, my photographer Dave Wise, was already waiting for me in LA, and we had the best session ever. And the rest is history. 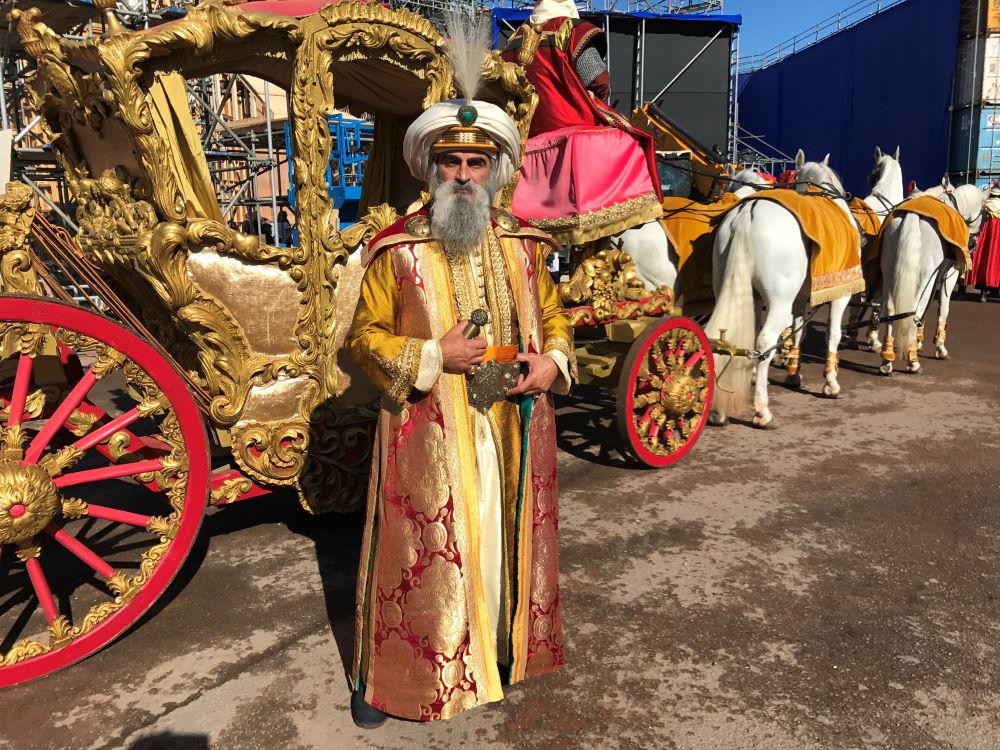 Not too long after another great opportunity presented itself and I found myself in Morocco with none other than with one of Hollywoods bright star, Navid along with some dear friends from Casablanca Tours. So there I was trekking along with the beautiful country and once again his charm took over and there we were discovering Morocco with a celebrity...what fun. 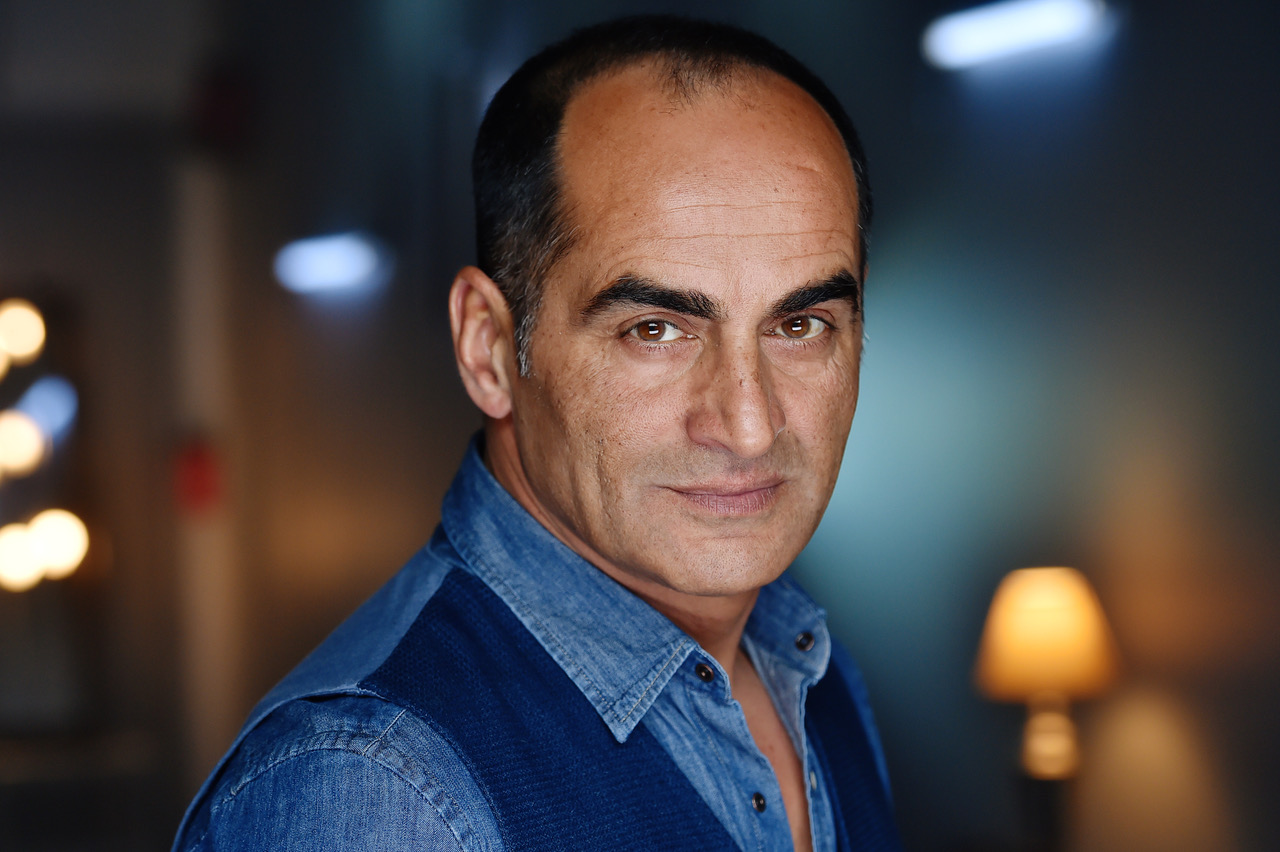 Besides the breathtaking experience, it was at our last stop in Ouarzazate that made my heart melt-- his interaction with the young people in Morocco. Not just any group of young people but the disenfranchised youth that was challenged by their economic disparity and the lack of access to do something about it. 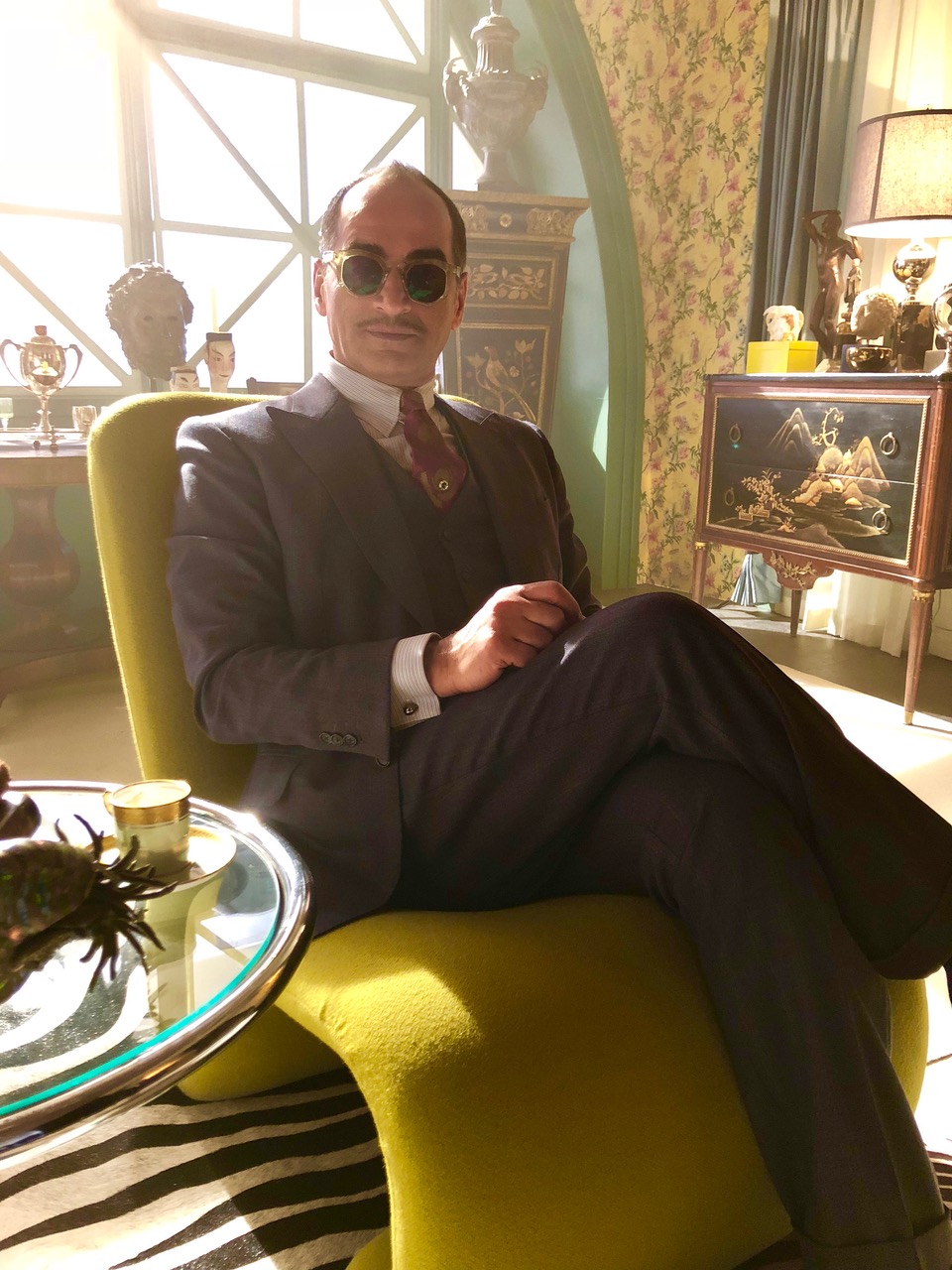 For Navid, it seemed like an invitation to push against the grain and help those young men and their family and we graciously joined him and fell in love with the culture, the people and their undying spirit for survival. Fast forward to today. In an age where diversity is lacking, Navid, who is of Middle Eastern descent, is making his mark in some of the most notable projects, most recently playing the Sultan in Aladdin and The Shadow King in Legion on FX. His name continues to be circulated playing great roles both in Hollywood and overseas, Yet none of that has taken an inch of his ability to be humble.

What are some of the major roles you have played in your career that you can say were life-changing for you and for your career?

That's like asking a father to choose a favorite child. Each of them was a stepping stone to propel my career further. The ones which had an international impact have been Abu Nazir from 'Homeland', Shadow King from 'Legion', The Sultan from 'Aladdin'.

How do you decide on a role?

It’s just a feeling. The more complex the character the better it is. It’s not just the character it’s the story as well. It’s an instinctual decision.

How do you prepare for a part/role?

How do you continue to stay relevant in an industry where it is constantly evolving?

Evolve with it without losing core and your true self.

We know you do lots of philanthropic work not only here in the States but around the world, can you tell us a little a bit about them?

Thanks so much for asking this question Myrdith. You know about most of them. For the last 15 years, I’ve been working with a group of kids in Morocco, some of who you met while you were there. They still remember your generosity and kindness every time I talk to them. Now they are young adults inspiring other kids in Morocco.

Right now I’m building Romany Studios in downtown LA which is a center for artists by artists. This will be exactly the safe haven I wish I had when I first came to Los Angeles and now I’m fortunate enough to create that space for others.

Where do you find the time to give back with such a busy career?

You might not realize how productive 24hrs can be if you “do” instead of just “thinking” and “trying” to do.

Why is it so important for you to give back?

The joy is in giving not receiving. It’s not what I do for people but what people allow me to do for them. There are so many people in the world who deserve to be seen. If I can be a part of creating that smile, discovering that talent, seeing the thing others are blind to; it brings everyone closer to forgetting the “I” and becoming “us”. It is only then we can all become one.

What advice do you have for anyone entering into this industry?

Be blind and deaf. Don't compare yourself to others. Don't compete with anyone. The only person you're in competition with is the "you" of yesterday, better yourself. Be proud of the jewel that is inside you and be deaf to all the negative thoughts that are flying all around. And know that the only thing that is impossible is the impossible itself.

Where can we see you next? (What do you have lined up you can talk about?)

You can check out 'Aladdin' in cinemas and 'Legion' on FX.

At the moment I am focusing on Romany Studios and two of my passion projects; 'Asher's Command' written by Marilyn Felt, inspired by New York Times news articles. And 'Cash for Gold' inspired by the short we shot and written by Deborah Puette and directed by Robert Enriquez. 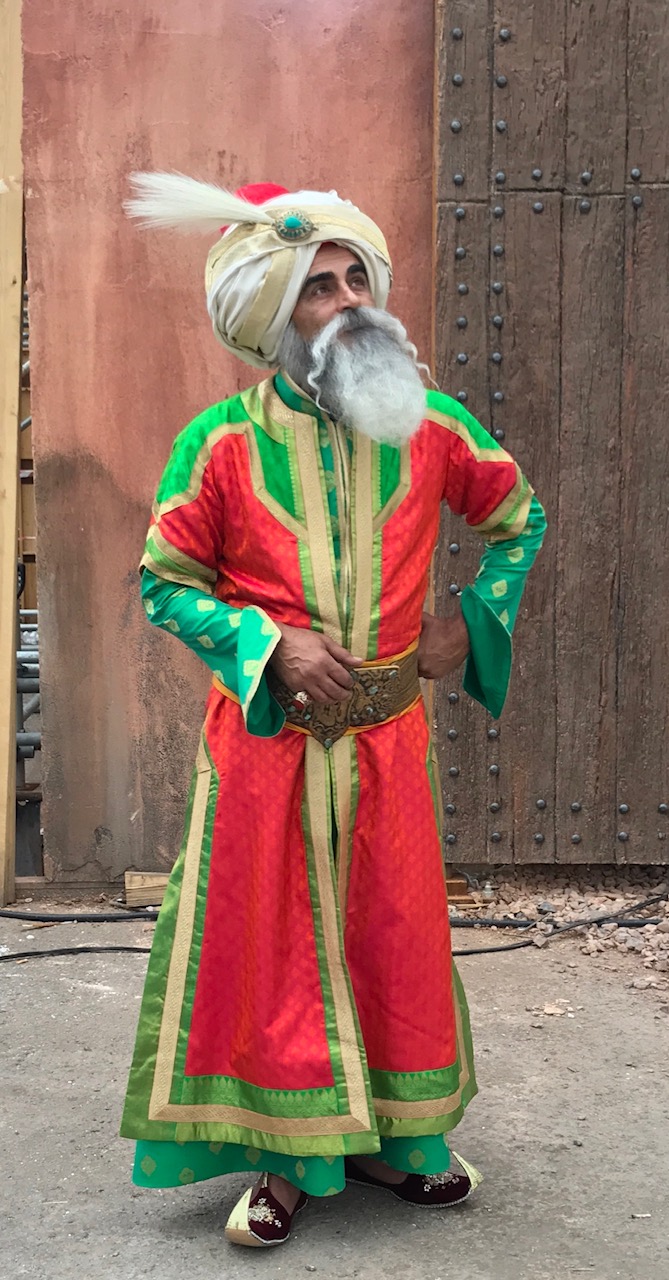 So in closing, In an age where diversity is lacking, Navid, who is of Middle Eastern descent, is making his mark in some of the most notable projects, most recently playing the Sultan in Aladdin and The Shadow King in Legion on FX. His name continues to be circulated playing great roles both in Hollywood and overseas, Yet none of that has taken an inch of his ability to be humble.

To keep up with Navid follow him on his social media platforms @navidnegahban and for his philanthropic work @romanystudios.

What Is SoundCloud Rap?

North of Winnipeg, 75,000 Snakes Just Woke Up and Started Going to Town on Each Other