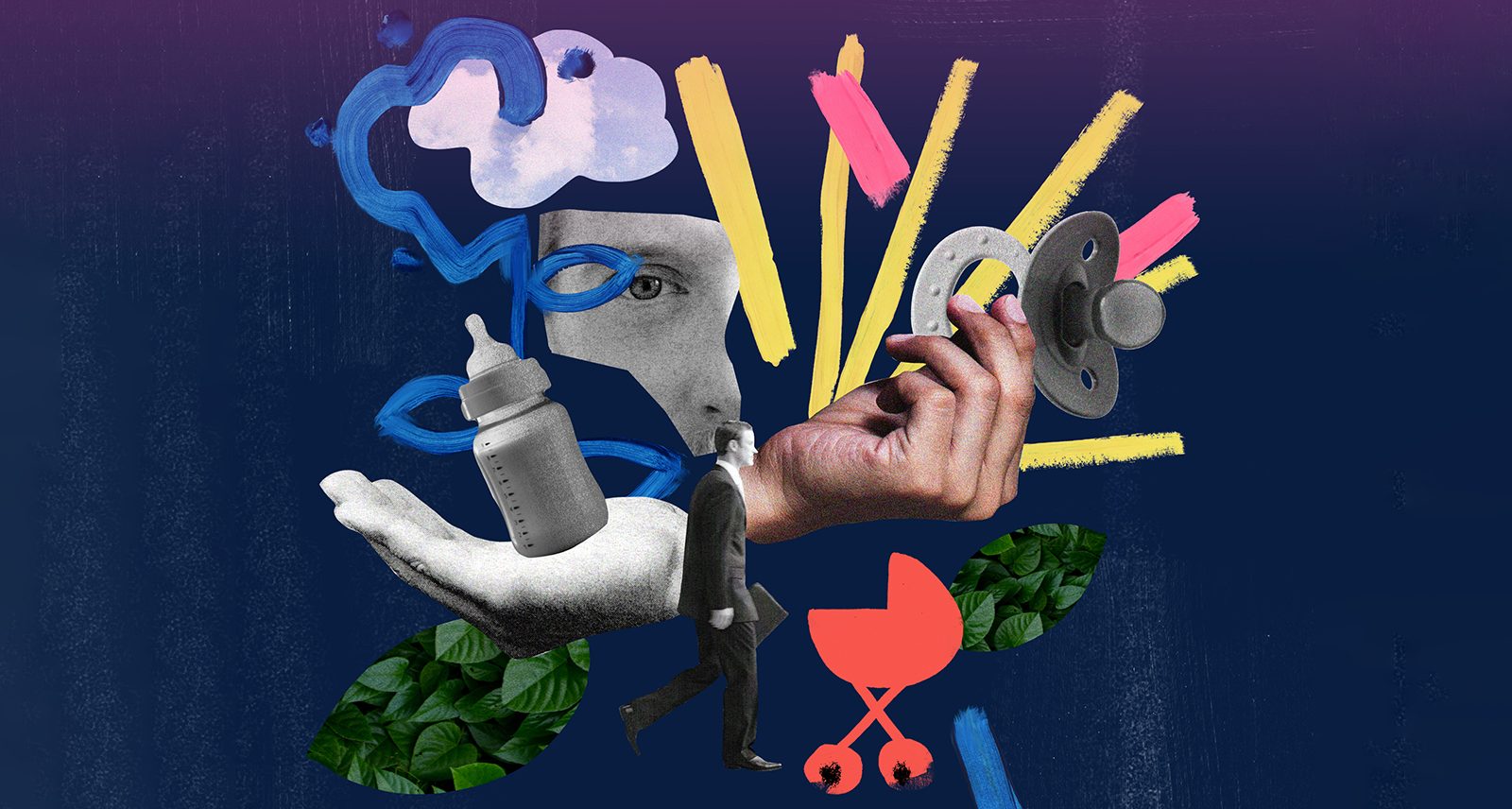 y paternity leave started when I deleted Twitter from my phone. It was a Thursday morning and my partner Lorna was in early labour, going through the kind of once-every-half-hour contractions that signal the beginning of the end of life as you know it.

As a freelancer, I don’t have an official parental leave. Or, to follow the deluded logic of the gig economy, as a freelancer in many ways my parental leave was infinite! This was our second child and we were slightly more prepared this round. I had scrambled double-time in the months before Lorna’s due date, polishing off a feature and editing stories for a magazine ahead of time. Now, as the contractions got closer together, I turned on my out-of-office notification and erased the poisonous app that I had misguidedly justified as necessary for my work. I was ready to turn my back on the outside world. I would be raising a family.

In the confusing and contentious world of parental advice — where you can find contradictory studies and emphatic blog posts on everything from swaddling to when to introduce peanuts — the benefits of taking paternity leave are nearly unequivocal.

When a father spends significant time with a newborn, mothers are healthier, decreasing their use of antibiotics and anti-depressants according to a Swedish study. Fathers who take paternity leave in those first weeks and months are more involved parents years later. Couples who share parental leave get divorced less often. And sharing parenting duties equally, allowing mothers to resume their careers, is one of the best ways to diminish the earnings gap between women and men.

This is all great stuff, obviously. For us, though, having both parents on hand in those first weeks wasn’t a nice a way to increase gender equality or bond with a newborn — it was the desperate response to a natural disaster. It seemed to take all of our combined energy and intelligence to keep this small, mostly sleeping creature alive. When the floods come and the panicked villagers run into the streets with their sandbags and buckets, no one asks, “So what made you both decide to take time off work?”

A few weeks into my paternity leave, I spoke with my brother-in-law Dan. His wife Rachael had given birth to a baby just four days after us, and Dan was still blissed out, living in the strange fever dream of new parenthood. He was making playlists for his daughter, constantly wearing her in a sling, doing everything possible to make his love register in her nascent, newborn consciousness. “I want to have as close a connection as possible and make sure this baby knows she has a couple humans that love her,” Dan told me.

“Even in my circle of seemingly progressive dads — men who pass around worn copies of The Birth Partner — the overwhelming majority still return to work and leave parenting to the mother.”

Like every new parent I know, Dan and Rachael were trying to figure out how to share parental responsibilities within a framework of economic and social strictures that at times felt impossible to navigate. “I told my employers that I was expecting this baby and they said ‘Great, let me send you everything we have about leave,’” Dan remembered. “They sent me this document that basically said, in a nice way, ‘We will do the legal minimum required.’”

Still, Dan planned to take two weeks now, go back to work for six months, and then spend six months solo parenting himself. That kind of equal arrangement is rare. Despite all of the benefits, in 2015 just 12 per cent of Canadian fathers took parental leave. Even in my circle of seemingly progressive dads — men who pass around worn copies of The Birth Partner and spend the first weeks of parenthood in a daze of perpetual shirtlessness, desperate to bond with their newborns through the wonders of skin-on-skin contact — the overwhelming majority still return to work and leave parenting to the mother.

Part of this feels like a question of biology — how does a father care for a newborn that exclusively nurses? Part of it feels economic, and to this end the Canadian government recently introduced five weeks of use-it-or-lose it parental leave for the non-birthing parent. It’s too early to see what effect this will have, but when Quebec introduced a similar additional five weeks in 2006 the percentage of men taking leave jumped from 27.8 percent to 85.8 percent.

Part of the reason, however, feels like sheer social inertia. Being alone with a baby is hard. Being away from work has real career costs. “Fathers who take parental leave seem to like it more than the mothers,” my friend Melanie told me in the playground one afternoon recently, as we watched her daughter and my two-year-old son pointedly ignore one another in the sandpit. She didn’t mean that there was something innate in men that made them enjoy caring for their children. She meant that the men she knew who’d become primary caregivers had made a choice; they’d done it because they’d wanted to. The women did it regardless of any specific desire or predilection for parenting young children, simply because that was what was expected.

My paternity leave ended when I began writing this column. I’d told my editor that I was thinking about skipping a month, taking a short leave. That was fantastic, he wrote me. Congratulations, but what if, instead, I wrote about paternity leave?

And so, three weeks in, I’m working. In the next year, I plan on doing less. I’ll keep Twitter off my phone and try to juggle deadlines and economic realities with the fact that I now live with a tiny human who seems to demand countless hours in someone’s arms, bouncing up and down. Taking parental leave has felt both essential and like a gift — a strange island in time, like a bizarre holiday or a blackout, in which I’ve been able to see this baby take in the world for the first time.

As I write this, my left leg is jiggling the bouncy chair in which my daughter is sleeping. She is scowling and adorable, lips pursed, making the contented grunting sounds of a small dog having a nice dream. Following the deluded logic of the perpetual freelancer and new father, I’m certain she’ll stay like this, peaceful and asleep, while I do everything I need to do.

NICHOLAS HUNE-BROWN IS A NATIONAL MAGAZINE AWARD–WINNING WRITER WHO HAS BEEN PUBLISHED IN SLATE, THE WALRUS, AND THE GUARDIAN. HE IS CURRENTLY FEATURES EDITOR OF THE LOCAL.