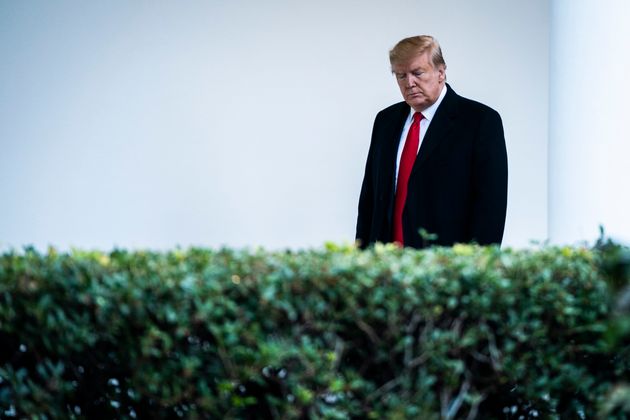 Here's what you need to know about the vote, charges and Ukraine scandal.

The current president is only the third commander-in-chief to face the legal undertaking in the 243-year history of the United States.

Defiant in the face of a historic rebuke, Trump labelled his impeachment by the “a suicide march” for the Democratic Party in a rambling two-hour rally speech that overlapped the vote.

On these shores, a general election and the omnipresent spectre of Brexit have somewhat relegated the story to a secondary concern for us Brits, so it seems timely to take stock and ask how we got here and what happens next.

OK, what happens next?

The US House of Representatives – the lower of the two houses, which has a Democratic majority – on Wednesday discussed two charges against Trump: that he abused his power and obstructed the US Congress.

Two votes were held and both passed. Although all Republicans voted against impeachment, there weren’t enough of them in the House to stop it. The vote on the first of the two articles – abuse of power – came in as 230 in favour and 197 against. The second vote was carried by 229 to 198.

Tell me more about those charges

The House impeachment resolution says Trump abused the power of his office and then tried to obstruct the investigation in congress like “no other” president in history.

Trump “betrayed the nation by abusing his high office to enlist a foreign power in corrupting democratic elections”, the resolution says.

“President Trump, by such conduct, has demonstrated that he will remain a threat to national security and the constitution if allowed to remain in office.”

It is. Democrats are investigating allegations that Trump used the power of his office to pressure a foreign government – Ukraine – into discrediting his leading rival in next year’s presidential election, Joe Biden.

To do this he is accused of withholding millions of dollars of military aid to the country which is currently fighting a low-level war against Russian-backed separatists.

The impeachment inquiry was sparked by a still-anonymous intelligence official who was so worried about what Trump said in a call to Ukrainian president Volodymyr Zelenskiy, he took his concerns to the top levels of the US intelligence services.

The evidence is pretty damning – Trump has said publicly that he wanted Ukraine to announce an investigation into Biden and his son Hunter, a move that could have harmed the vice president’s 2020 campaign.

Evidence clearly indicates Trump wished to leverage nearly $400m in military aid and a coveted White House meeting in exchange for the announcement.

And to top it off, multiple high-level US government officials have testified under oath that Trump and his personal lawyer Rudy Giuliani explicitly sought a “quid pro quo” (a favour in exchange for a favour) with Ukraine.

Trump tried to prevent a number of these officials from testifying, which is what the “obstruction” charge is about.

The president directed administration officials and agencies not to comply with lawful House subpoenas for testimony and documents related to impeachment – though some did anyway, most notably US ambassador to the European Union, Gordon Sondland.

He said he spoke directly with Trump about the effort to pressure Ukraine and said other top administration officials were involved. He testified that Ukrainian officials understood they would have to announce the investigations in order to get the withheld security aid.

In an extraordinary and rambling six-page letter, the president on Tuesday smeared the impeachment process as “unconstitutional”, accusing Democrats of “perversion of justice and abuse of power” in their effort to remove him from office.

And of course, he fired out a few tweets overnight to just ram the message home, including this jaw-dropping interpretation of reality.

A Man Of Education

Where Can I Live out My Own ‘Home Alone 2’–Style Hotel Retreat as an Adult?