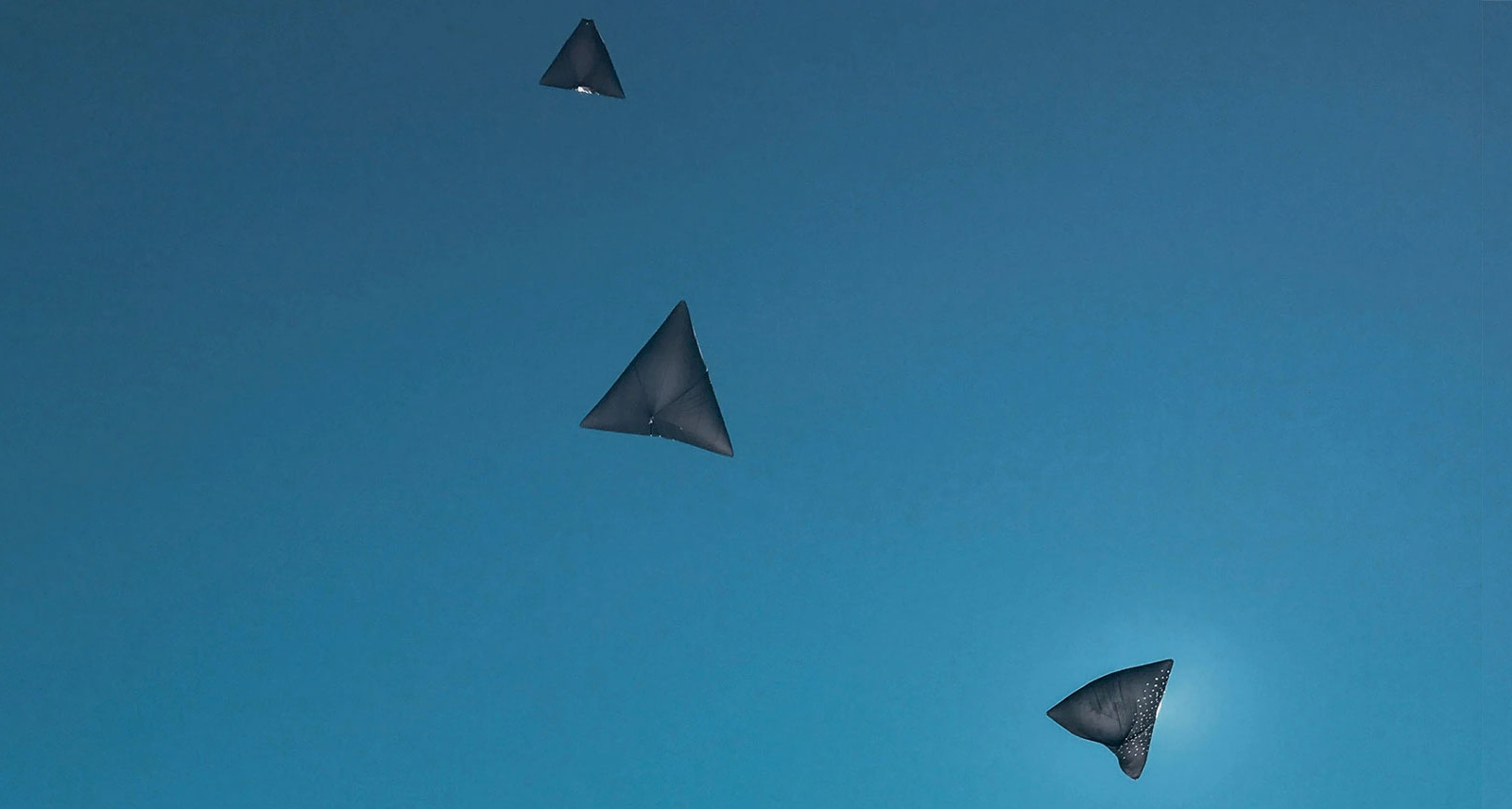 What do Bill Gates, Lil’ Wayne, and the ghost of Gianni Versace all have in common? If you don’t know the answer then you’re clearly not a member of the global art party set, who converged for their annual bacchanal in Miami Beach over the weekend. While the tech billionaire, the rapper, and Versace’s spectre were on hand to (respectively) shop for art, perform alongside Kanye West, and haunt the gilded corridors of his former seaside palace, they were far from the weekend’s only draws. Here’s a rundown of some of the parties, celebrities, and, of course, the art.

As they do every year, Audemars Piguet celebrated their latest artist collaboration with a massive outdoor party on the beach. This year’s exhibit was an installation called Albedo, by Berlin-based artist Tomás Saraceno, which comprised a flying sculpture powered by the heat reflected from 40 upturned parabolic umbrellas. Inside the fair itself, Tschabalala Self drew praise for her exhibition of sewn and painted works at the Thierry Goldberg Gallery. Inspired by New York City bodegas, the multimedia works were displayed among oversized milk crates resting on a linoleum-esque checkerboard floor. At the Gagosian booth Jeff Koons’ massive metallic orange statue, Ode to Love, sat amongst other marquis works by Takashi Murakami, Ed Ruscha and Andy Warhol. Elsewhere a massive canary-coloured Rothko (Untitled (Yellow, Orange, Yellow, Light Orange)) was on sale for $50 million. Jean-Michel Basquiat’s Onion Gum, was on show nearby for a relative bargain at $16.5 million, but that’s more than double what it last sold for just six years ago. At the South Beach mansion where Gianni Versace was infamously gunned down in 1997, Bombay Sapphire held the latest in its Artisan Series, in which 15 artists from around the world competed for a solo exhibition in New York City. The winner, announced by the night’s MC and Creed II star Tessa Thompson, was Montreal’s Erik Nieminen.

Now That Weed’s Legit, How Should I Refer to It in Adult Conversation?

The Case for Forgoing Fatherhood