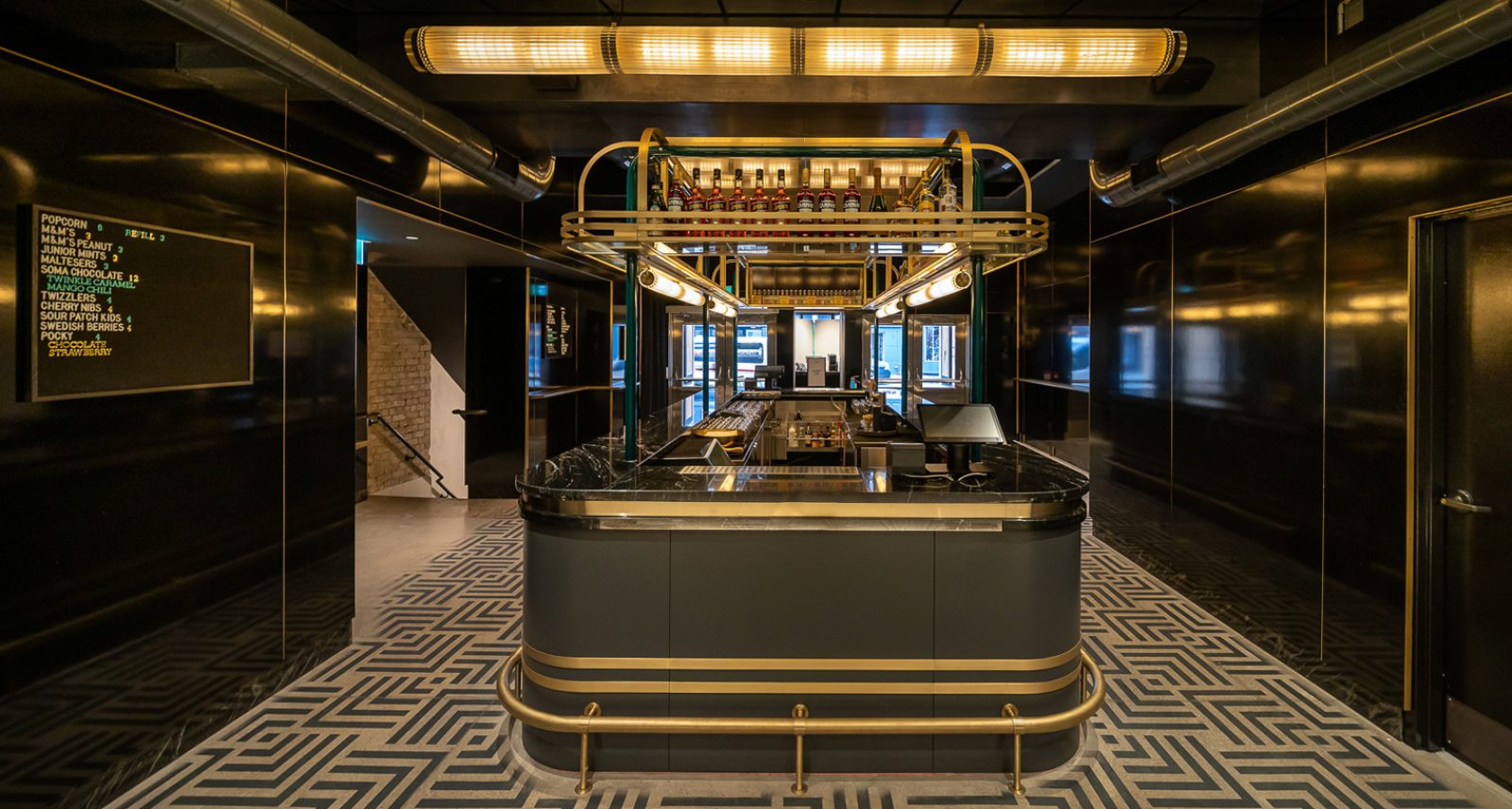 Somewhere around the rise of “Netflix and chill,” movie theatres started to lose their chill. The fear was that films like The Irishman and Marriage Story, which many people are watching for the first time from the comfort of their own couches, signalled the death of the traditional cinema. Cineplex even banned Netflix productions from screening in its theatres during the last edition of TIFF.

Then again, perhaps “Netflix and chill” was never actually born from a desire to watch films at home, and is instead merely indicative of a wish for movie screenings to be a bit…sexier. At least, that’s the thinking behind a new wave of design-forward movie theatres that feel less like the chaotic family multiplex, and more like the kind of spot you might bring a hot date to — complete with intimate mood lighting, seductively plush seating, and well-appointed bars. A 1937 art deco gem has finally been resuscitated by ERA Architects — and the end results eclipse even the building’s original glory days, thanks to the addition of new destination dining spot Osteria Rialto and the upstairs Bar Biltmore. A replica of the building’s original sign brings illuminated curlicues back to Bloor Street West. Inside, another marquee hangs above the second-floor cocktail bar, with letters arranged to showcase the Prohibition-era cocktails. Interiors by Solid Design Creative include no shortage of handsome geometric tiles. This indie cinema is the brainchild of a tie designer (Alexander Olch), so you know it’s got charm and polish in spades. Credit architecture firm Margulies Hoelzli for helping to convert a former loft building into a temple to classic films, many of them screened on archival 35 millimetre. The attached Commissary restobar continues the tribute to Old Hollywood by taking inspo from the crisp backlot cafeterias of old Tinseltown studios circa the 1920s (albeit glammed up with velvet curtains and leather banquettes). A custom font designed by Anna Karlin adorns everything from tickets to popcorn containers. Nothing underscores the movie theatre’s reinvention as a stylish destination quite like this cinema opened as part of luxury department store chain SKP’s new 20-storey flagship, envisioned by design firm Sybarite. Forget flying to Cannes for a screening — the latest in destination movie-watching is in China. Armadillo shells served as inspiration for a series of ridges running along the walls in the seven boutique screening rooms. Diffuse lighting accentuates these layers while giving each room its own bold colour identity, with seats coordinated to match the walls.

A Man Of Education

Where Can I Live out My Own ‘Home Alone 2’–Style Hotel Retreat as an Adult?