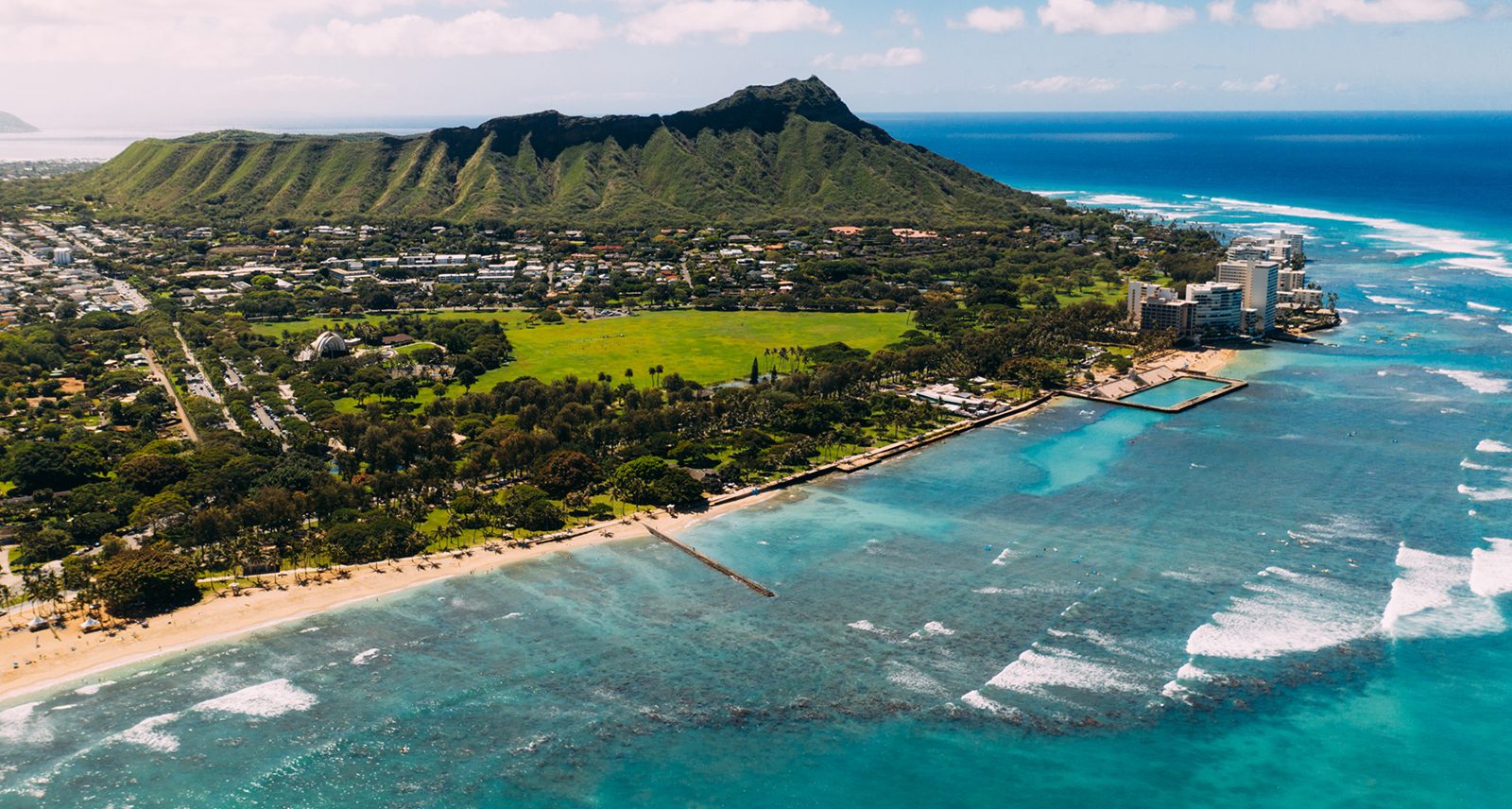 Before we can hike, we must chant. Kikei, our guide, has us toeing an invisible line in the grass beyond which tourists shall not tread. It’s the threshold to a lava-rock point jutting into the foam-tipped sapphire waves, a still-sacred ancient heiau. We puff out a series of synchronized ha “breaths of life.” “Just to ask permission to be here,” Kikei says.

This ritual feels right on Oahu’s west side, just a short drive from the gated Ko Olina resort area. The leeward side of the island, home to more native Hawaiians than any other part of Oahu and the last chunk to join the state, has many sacred sites, including both the womblike cave where Hawaiian legend says mankind was born and the remote point where Hawaiian souls jump off into the next world. And if you’re looking for a taste of authentic, ultra-local Hawaiian food, drinks, and adventure, it’s your spot. The world’s first fish sommelier, Ryan Houser is a west side fisherman so reverential of the ocean’s creatures he sometimes jumps in and holds his catch before releasing it. His tasting notes are wine-like (kona kampachi is “medium-textured and softer than mahi-mahi” with a “good oil content”), and when my whole, expertly deboned fish arrives, he carves out the tiny succulent cheeks and recommends the silky collarbone meat that eats like it’s from another animal. “People want to know where their food comes from and what goes into it,” says Houser. Many menu items are Hawaiian, and others sourced fresh (never frozen) from Japan. The sugar cane of the day is lahi, and the liquid that squirts out of the crusher vibrates with lemongrass and basil flavours, slippery-sweet in my mouth. This distillery is the first in the world to make single-varietal rums in the rare, coveted agricole style, from sugar cane juice (not molasses, like most of the world’s rum). Barrel-aged honey, Kokoleka chocolate rum, and versions aged in a spicy cask using precious Hawaiian koa wood are among other innovations. A half-day farm-to-forest experience kicks off at the social enterprise–driven MA’O Organic Farms, where crops from fields of veggies and groves of fruit trees are picked, washed, sorted, and whisked to restaurants. Then it’s up into “the cloud forest,” for a hike through the private Palehua uplands. While decades of cattle and sugar cane cultivation have devastated the once-tropical landscape, healthy formerly volcanic watersheds still exist higher up, where invasive trees are being torn out and replaced with native species, including plants with medicinal and cultural value to Hawaiians. It’s all part of Konohiki: the holistic tradition of Hawaiian land and resource stewardship. From morning yoga overlooking the beach to modern mai tais served in kitschy Spam cans, this resort nails the details of a perfect vacation. “Ko Olina” means “place of joy” for a reason: fill your days lounging in a private cabana by the infinity pool, fishing and whale-watching, or paddling a stand-up board or outrigger canoe. Your biggest decision in the evenings will be whether to have them wheel the bar cart over while you listen to chill live music at Hokulea’s clubby bar, or to enjoy a wavelike lomi lomi massage in Naupaka Spa. Then again, if you’re staying in the Presidential Suite, the massive wraparound terrace is probably calling your name.