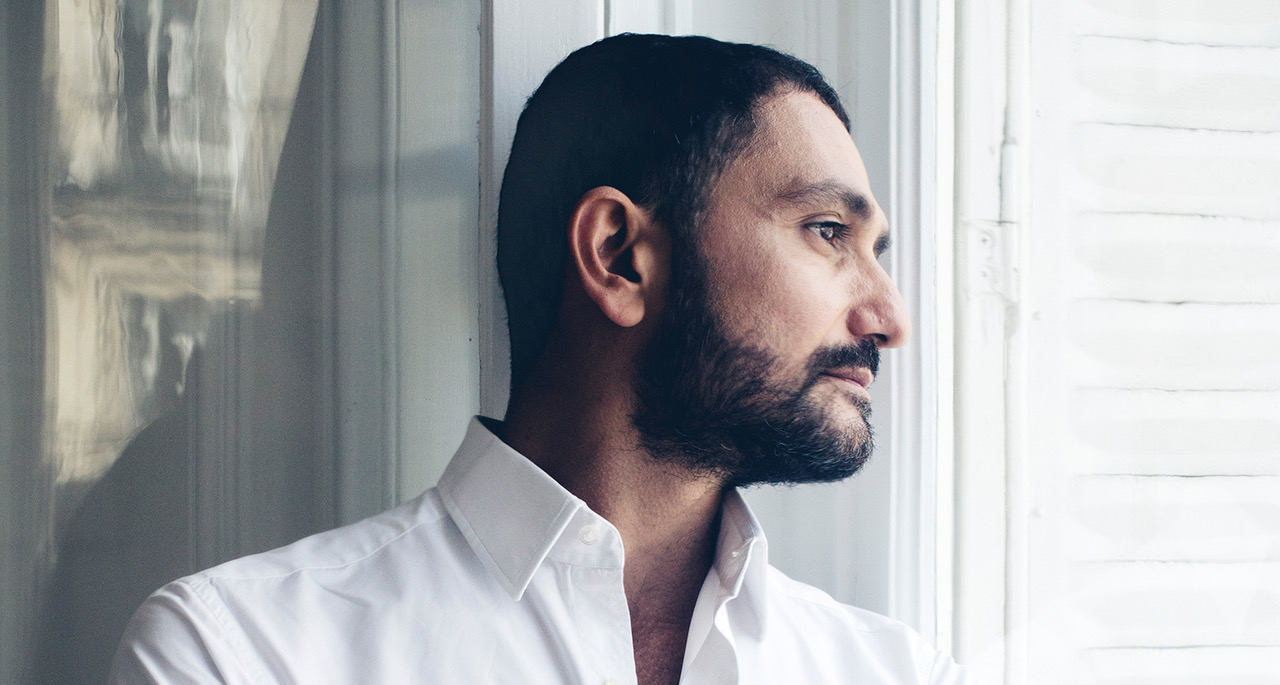 Since the creation of Maison Francis Kurkdjian, which they cofounded in September 2009, Francis Kurkdjian and Marc Chaya, its CEO, have worked closely together on its development and the overall artistic direction. Although most fields of expertise can be found in-house, they sometimes call on external talents, whose creativity and sen-sitivity match those of the Maison. To celebrate the launch of this new perfume duo, a 3D film by Hugo Arcier features Francis Kurkdjian’s office. Arcier, a digital artist, replaces or covers virtual as well as reality. Cyril Teste is another talented person Francis Kurkdjian had already worked with in the past. This producer, who was responsible for film performances, collaborated as an artistic advisor. Finally, the music composition was once again assigned to Yannick Kalfayan, whose first creations for the Maison date back to 2015.

Recently  Maison Francis Kurkdjian, launches two eau de parfums , with dual personalities under one name, sharing the same set of ingredients. Created in-house by a perfumer who has been mirroring his era by telling scent-fueled stories for the past 25 years, “Gentle Fluidity” is Francis Kurkdjian’s answer to contemporary questions on gender identity. This is what Francis Kurkdjian told Sharp Magazine Middle East about his new perfums. 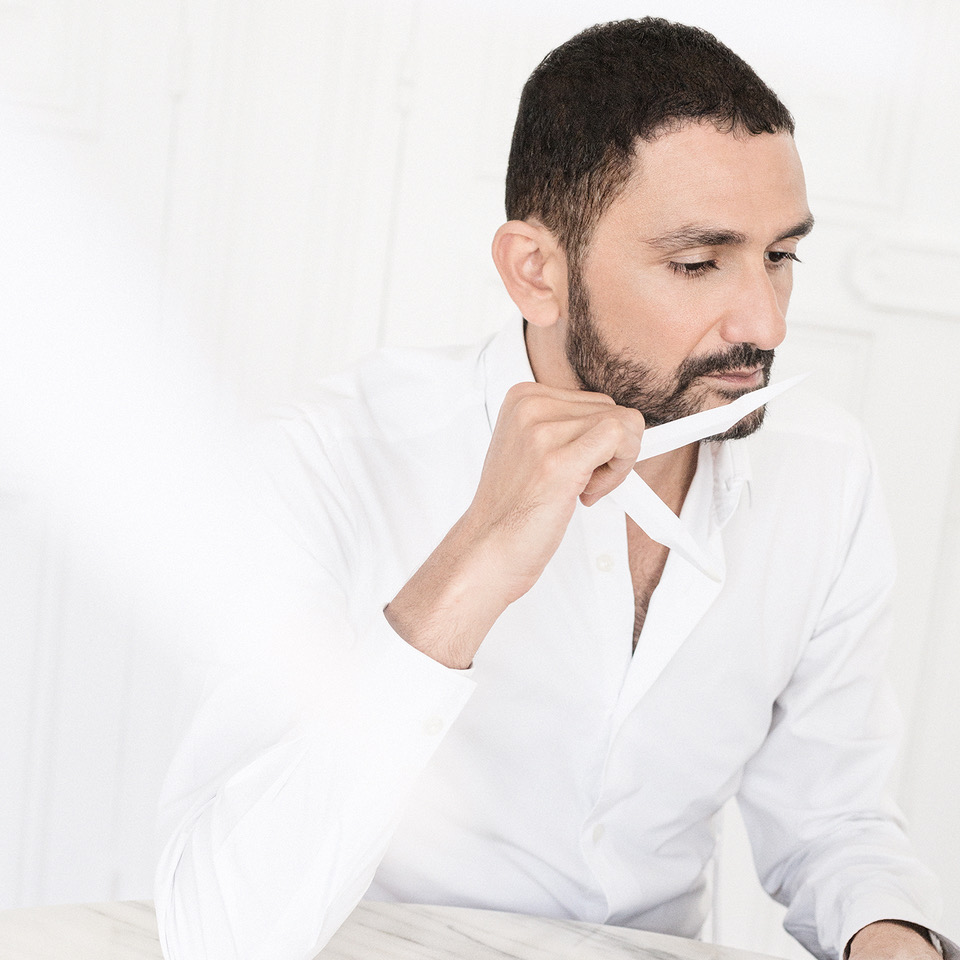 What was the inspiration in creating Gentle Fluidity as a duo vs a single fragrance?

All started three years ago when I heard about this expression “gender fluidity” through the American press. Many journalists asked me that it could be the equivalent of the "gender fluid" movement in perfumery. Spontaneously, I mentioned the cologne, the first ungendered olfactory form and totally unisex, then oriental / amber perfumes that go to both men and women. It was later that I realized that this phenomenon far exceeded my first observations and that I wondered what was the equivalent in the perfume. My goal was to work on two fragrances, two entities by drawing from the same list of ingredients and going beyond the concept of perfumery for women, men or mixed.

How was the name Gentle Fluidity created? What is the meaning behind it?

“Gentle Fluidity” because there is a gentle fluidity between all gender identities. We can pick one to another fragrance in a very easy, a fluid way...Gender Fluidity is my answer to contemporary questions on gender identity. It reflects the idea of freedom to express our personality without having to submit to diktats. Gender Fluidity does not mean no Gender...it means you don't have to secluded in one category only. With “Gentle Fluidity” I express something different and new. I connect my work to contemporary topics, like a mirror of the modern society.

What are the ingredients and elements in these fragrances that set each apart?

The duo Gentle Fluidity is composed with the same 49 ingredients. I have decided to focus on 6 ingredients (juniper berry, nutmeg and coriander seed oils, musks, ambery woods and vanilla) to explain the idea behind Gentle Fluidity. This allows me to highlight how I can emphasize one or several facets of one single ingredient and play on balance. Smelling raw materials can help to understand the complexity of composing a fragrance. For example, in gentle Fluidity (gold edition) you can perceive the vanilla aroma. Not in Gentle fluidity (silver edition) even if it’s in the formula. However, vanilla is really important as it brings strength and volume.

I hadn’t planned at the very beginning to use the same ingredients to create both fragrances. It came up throughout the creative process. To the point I decided to push my thoughts up to the end. An ingredient has no gender, but it becomes gender-related when you decide how to work with.

4. How important was maintaining gender neutrality when creating these fragrances? Is it a trend or can we expect the development of gender-neutral scents the future of the industry?

As I said, perfume ingredients have no gender. Same as in fashion, silk as a raw material is genderless but with convention it is masculine when it becomes a tie, or feminine if a dress. Today there is a kind of vagueness in the notion of gender and especially among the youngest people. The young generation is more uninhibited, instinctive, they are freer with their body and their identity and this is something very positive, I think. Artists, models, dancers or singers... they free themselves of from prejudices they may have faced and come out of the binary male & female. Gender lives in movement and fluidity and it has echoed in the world of fashion & beauty.

Which of the two do your consumers gravitate to in the Middle East?

Can you tell us about your presence in the region and what we can expect for Maison Francis Kurkdjian this year and next?

The Middle East region is the second market I like after the French one. People are true connoisseurs. There is a deep knowledge of scent and perfume. It’s part of the culture. My olfactory spectrum is very wide. I love working fresh and bright fragrances, but I like even more to compose powerful and bold scents that have a memorable wake. This year we had excellent results in this region, that is why the Middle Eastern market is exciting for the future.

For next step, personally I would like to bring the world of scent to a new level of consciousness, to new ways to wear or experiment fragrances is really something I am more and more looking at in the future. I believe it is part of my mission in the world of fragrances to open new paths and question my era about the importance, meaning and place of fragrances.