Trevor Andrew — AKA Trouble Andrew AKA GucciGhost — is the master of reinvention. From a childhood in Nova Scotia to an Olympic snowboarding career to a burgeoning career as an artist and musician, the endlessly talented 37-year-old is living proof that working hard and staying positive will always lead to success.

That unbridled creativity and sense of fun led Saks Fifth Avenue to invite Andrew up to Toronto to kick off the brand’s Canada 150 celebrations, giving him free reign to make over their Queen Street store windows and a floor of the Simpson Tower with his signature graffiti ghosts and other Canadiana-inspired designs. In between painting, designing the space, and mixing the music for the bash, Andrew spoke with us about what Canada means to him, the success of GucciGhost, and what’s next. 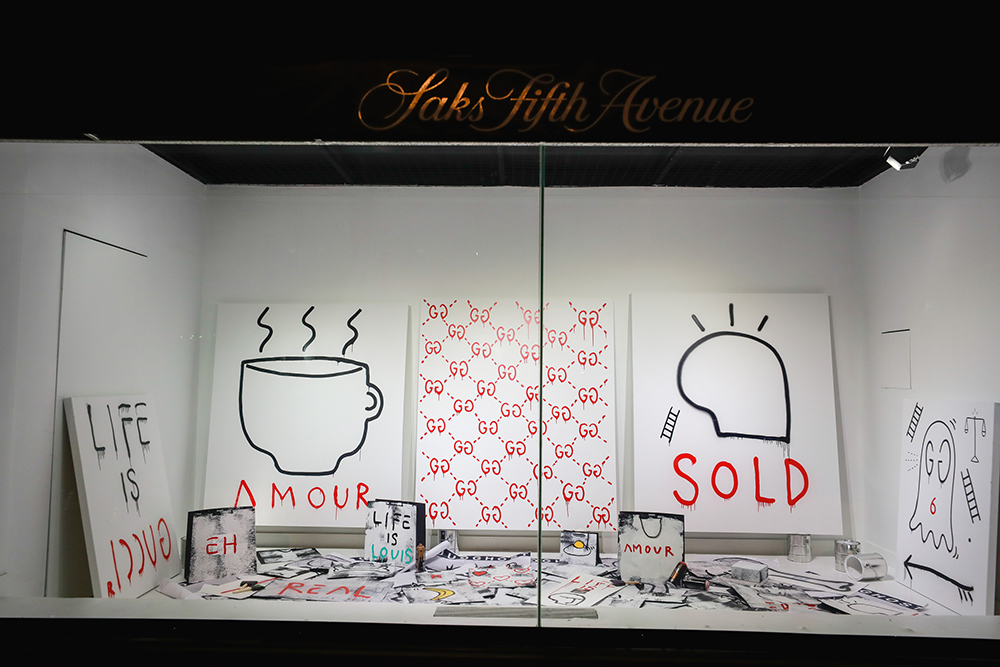 How did this collaboration with Saks come about?

I’m setting up for my solo show in September in New York, and I wasn’t really going to do any shows until then, but this was an opportunity to just do something cool in Canada. Saks asked us to do the windows however we wanted to do them and then throw an event to celebrate that. Experiencing the art is one thing but I think the whole experience is everything. It will be fun just to have a party and curate the music, the art, and a shoutout to Canada.

How did growing up in Canada inform who you are today and what you do now?

I grew up in a small town in Nova Scotia, and I was always exposed to art as my mom was somewhat of an artist. She was like me, experimenting with all types of different stuff — she was a florist, she liked to draw — so early on that was my thing. Just being bored as a kid, [I’d be] at home drawing, reading comic books and watching skate videos. Beyond drawing, I got a sewing machine and was making pants, and cutting stuff up and remaking things, then I started making videos, and then started making music. I eventually got into skateboarding which further opened my mind and led me to snowboarding, which took me all around the world. It got to the point where I was making my own product and my own stuff for the brands I was riding for, and it exposed me to dope music, culture, and the idea that there was no right way to do anything. 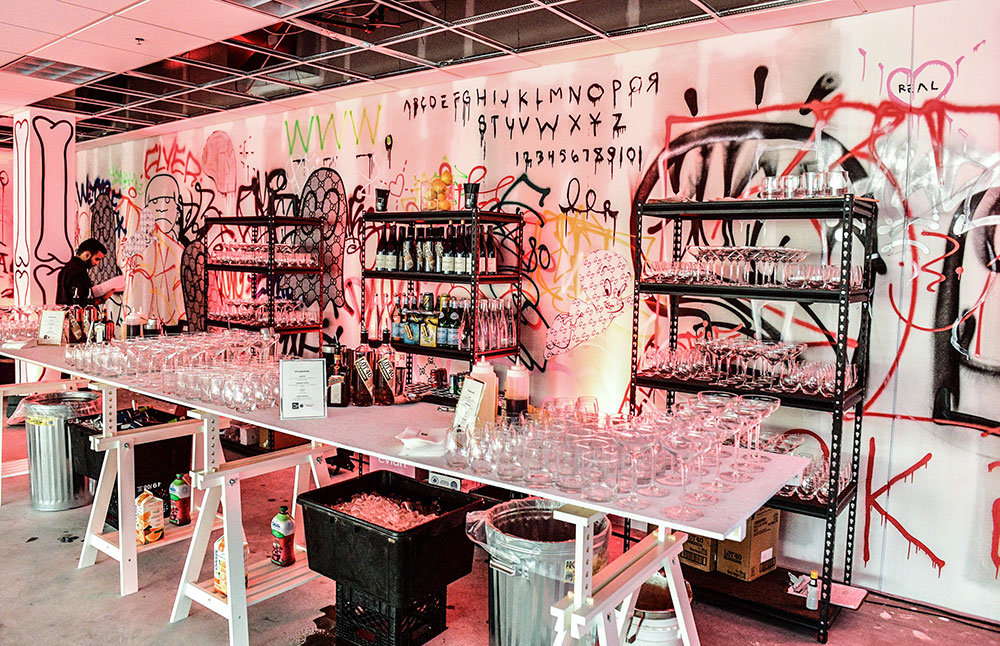 Why this fixation on Gucci over other luxury brands?

When I started the GucciGhost art project, it was really three years before Gucci got in touch with me, so it started in a very small, simple way of just getting a reaction from somebody that’s walking down the street, seeing something on the internet or whatever, and using that brand power. Then it became somewhat of an obsession as I got further along and started making all the clothes and applying all the art to the clothes.

I realized that beyond just creating my own Gucci world, I was using it as a way to try and be positive and say something is great or very good. I liked the way it became a part of the English language with people saying, “Yeah, what’s Gucci?” or “Life’s Gucci.” I liked the positive vibe of that, and I guess the label just resonated with me because I’d seen it my whole life from a distance. It just meant success and greatness and power, so I used that and reinterpreted it and gave it new meaning, stripped it down and stripped away its perfection in a way to make it more vulnerable and real to me.

It’s interesting to see the parallels between your work as GucciGhost and Alessandro Michele’s reinvention of Gucci, and how you two have been able to be successful together.

The whole time that I was doing [GucciGhost] people just kept on saying, “Oh man, you’re just going to get sued, they’ll never work with you, that will never happen.” But I just stayed positive about it and I knew it would just take the right person. I remember my wife coming home and telling me that I had to check out the new creative director for Gucci, that he’s amazing and I would love him. Within a couple of months Alessandro discovered it, thanks to my friend Ari [Marcopoulos], and immediately understood it. He called me and asked me to go to Rome to do a collaboration. 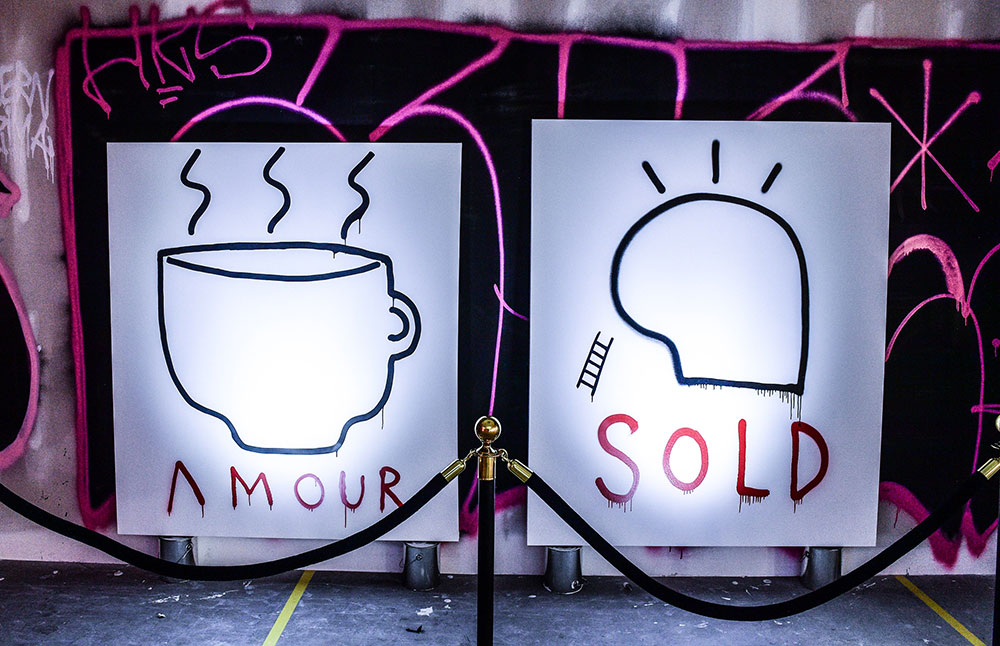 When we got in the same room together, it was so fun and there was no pressure. He was doing his thing, I was doing my thing, and it was almost like going back to my childhood of skateboarding with friends — having that encouragement and bringing the best out of each other. I feel like that’s why Gucci is killing it so hard right now, because he’s allowing people to have fun and he’s having fun. My whole thing is that if you’re operating out of fear or just based off of money, nothing magical comes from those motivators, I feel that just really loving what you do and obsessing on that love and growing is how great things happen.