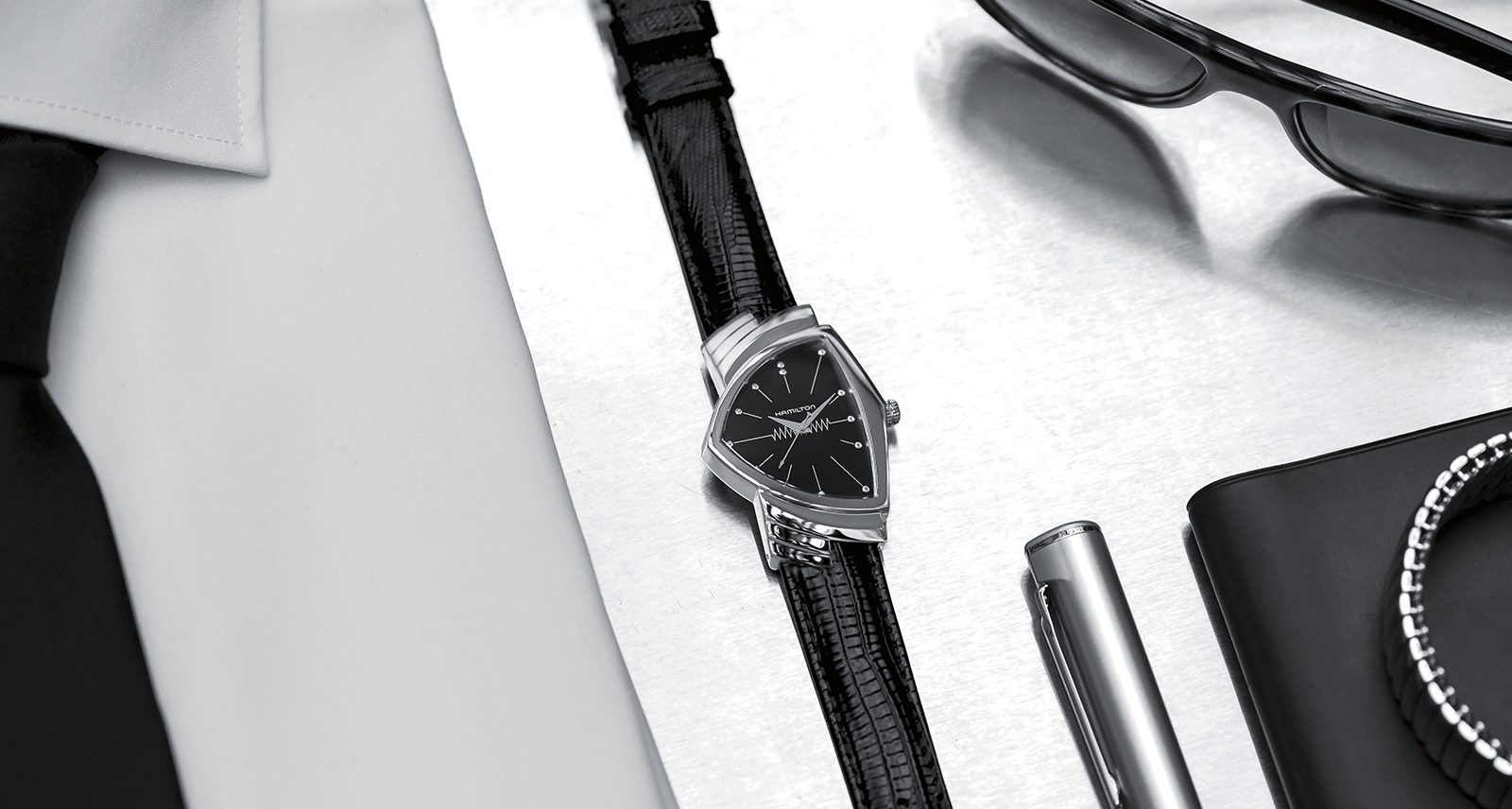 Two decades (and two sequels) after Will Smith and Tommy Lee Jones first saved the world from the clutches of a scheming alien terrorist, Men in Black: International arrives in theatres this summer to pick up where they last left off. While much has changed for the fourth installment of the MIB series (Jones and Smith are replaced by Chris Hemsworth and Tessa Thompson this time around), the things that made the movie a ’90s classic remain. There will be wise-cracking aliens, there will be perfectly tailored black suits and there will be a spectacularly over-the-top battle for the future of earth in which (spoiler alert) humanity will prevail. As sure as any of this, there will also be at least one dramatic shot of a Hamilton Ventura.

As integral to the world of Men in Black as Ray-Bans and that thing that erases people’s memories, the Ventura is uniquely suited to be the watch of choice for intergalactic law enforcement. For one thing, its combination of polished steel case and black leather strap complements the MIB’s monochrome colour scheme to a T. For another, its unique triangular case and starburst dial are as much a product of the space age as the fictional earth-protecting agency itself. Those paying attention back in ’97 will remember that the Men in Black origin story begins in the early 1960s, when aliens first landed on earth. At that time, back in the real world, the cold war was heating up, America was eyeing outer space with ambition, and Walt Disney was dreaming up plans for his Experimental Prototype City of Tomorrow. It was into this era of tail fins and Sputnik that Hamilton released the world’s first battery-powered electric watch, the Ventura. Then as in 1957, there was nothing else like it. It’s not hard to draw a line between the Ventura’s kooky, retro-future styling and the sci-fi golden era from which Men in Black springs. When Will Smith first donned his Ventura as Agent J, it looked just as fresh as it had four decades earlier. The world has changed a lot since the late 1950s, but MIB: International suggests we’re still just as fascinated with UFOs, weird-looking aliens, and secret government agencies as we’ve ever been. The Ventura, meanwhile, proves that like a black suit, a white shirt, and a pair of Ray-Bans, some things never go out of style.

Todd Snyder Is Bringing Timeless American Style to Your Wrist