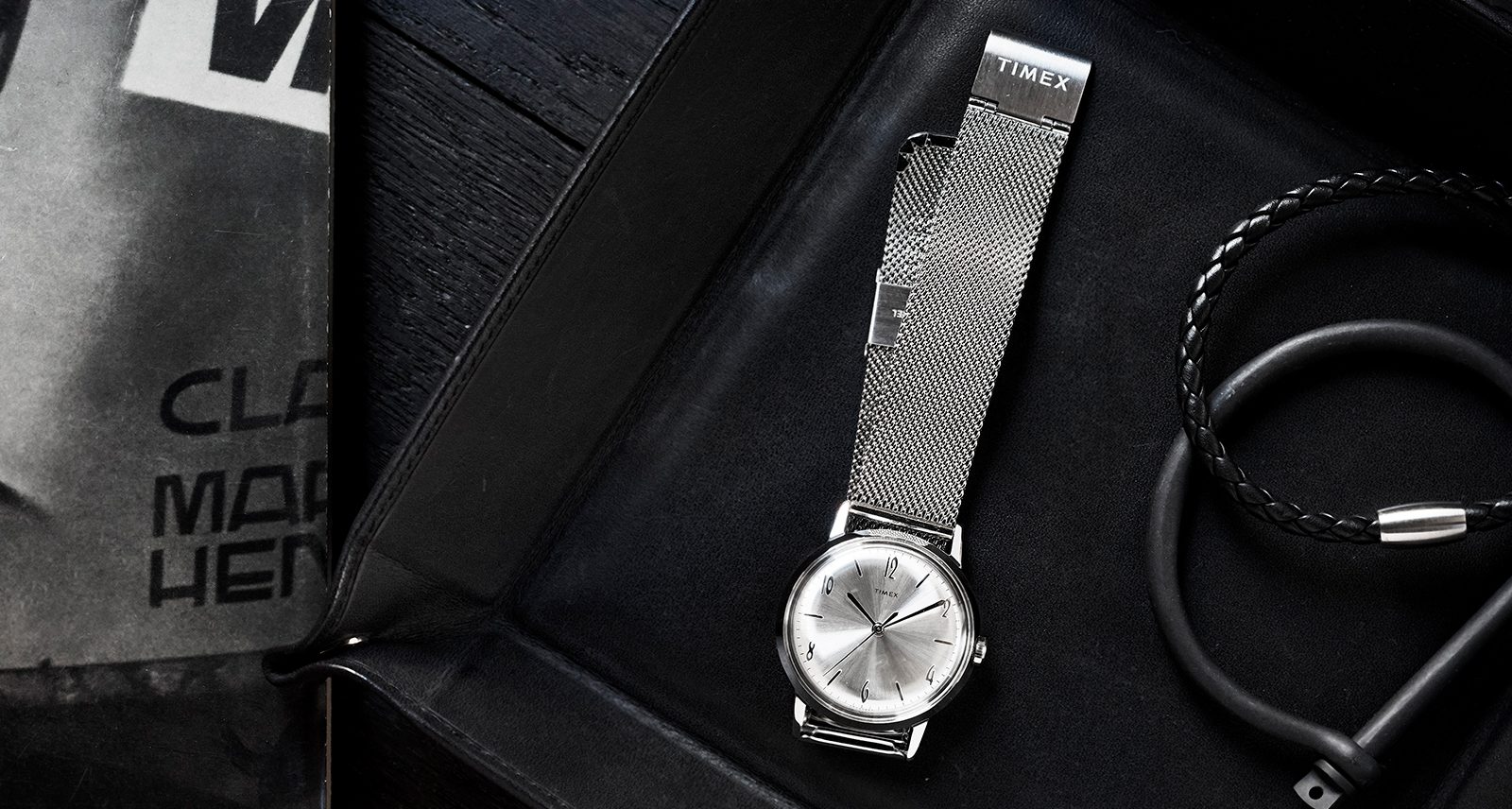 Though he doesn’t enjoy the same kind of name recognition as other high-profile American designers, Todd Snyder has undoubtedly shaped the way you dress. Through his stints at Ralph Lauren, Gap, J.Crew, and his own namesake label, he’s helped to create the menswear resurgence of the last decade: slimming lapels, tapering pants, and reintroducing classic American standbys like Champion sweatshirts and Red Wing boots. Now, alongside Timex, he’s designing a line of retro-inspired limited releases and helping the storied American brand reappear in the wardrobes of stylish men everywhere.

What made you want to get into the watch world?

Watches to me have always been that one item that every guy can wear. It’s also one of the cool items that you can have that tops off an outfit. When I dress, I always want to express myself in an interesting way, so I’m very much into things like that.

Do you remember your first encounter with a Timex watch?

I grew up in Iowa and both my grandfather and dad were very simple men. They didn’t have a lot of accessories, but the one thing I do remember is they always had Timexes. I think part of this journey I’m doing with Timex is figuring out what guys like that would be wearing today. How do you begin designing a watch?

Literally, I sat in the archive room at Timex — which I’m pretty much the only one allowed into — going through watches for hours. Thousands and thousands of watches. I’m a huge collector, so for me it’s like a candy store. I’ve been there a few times and gotten through about half of the collection. It’s like a treasure hunt.

What kinds of amazing things have you found in the Timex archives?

The Marlin is one of my favourites. It’s clean, it’s sleek, it’s got this mid-century feel to it. That’s how these things happen. You stumble upon something and it evokes a feeling and you kind of become obsessed. When you find it, you just have that goosebump feeling, and you can’t wait to do it.

What other watches do you like? Are you a Rolex guy? An Omega guy?

I like all of those watches — I have vintage ones. But it’s in the eye of the beholder, really. A guy who can buy his way to success isn’t always the coolest guy, and having great style isn’t always about having an expensive watch. Doing what we’re doing, bringing back these limited editions, it’s really up to each person. There’s a cool factor you can’t really take away from Timex, and that’s why I wanted to partner with them. There are so many new watch brands out there. Any ones that stand out for you?

I personally love the Weiss watch out of California. It’s a beautiful watch. It shows innovation and it helps push along every other brand in that arena. Whether it’s a shirt that you don’t have to tuck, or a better-fitting chino, there’s a lot of innovation out there, but the test of time will tell which brands stay around and survive.

What other brands are you obsessing over right now?

I like vintage cars. Right now I’m obsessed with Toyota Land Cruisers from the ’60s and ’70s. They have this rugged utililty-meets-luxury feel. I’m on Pinterest all the time pinning vintage Porsches and  race cars and things like that. I like the lines, and the original designs are so classic. It’s really hard to look at a contemporary car in that way.

Aside from a cool watch, what are your essential wardrobe pieces?

A great-fitting suit. A great pair of shoes. A great pair of dark jeans. Weather-appropriate outerwear. At the end of the day, I feel that the best-dressed guy usually gets the reward. Whether it’s finding your mate, or getting a job, or getting the promotion, the person who is better dressed usually gets noticed first. It’s worked for me. The more confident you feel about yourself, the more it comes across. What draws you to American style?

I think what’s great about American style, as I define it, is America was kind of a place where people went to escape whatever it was, and it created its own sense of style. It was influenced by the Brits and the Italians, but there was a different work ethic — there was no aristocratic sensibility, so the rules were broken. I still look back to the early ’50s and that time frame that really defined what American menswear was. Womenswear was always defined by the hemlines on skirts, but in menswear, it was the shoulder, the jacket, the tie width. It’s a melting pot of style. It’s a laid back sensibility where rules are meant to be broken and each person defines their own style. I think that kind of individuality is important in today’s world.

How seriously should we take the current streetwear trend? Can we just sit it out?

Streetwear is definitely going to go out of the cycle eventually, but one thing I always tell my customers is, don’t change your whole entire style to become trendy. It’s important to have a foundation of style you’ve invested in over time and layer onto that. You don’t have to do the whole thing. Just create your own identity and live within that.

A Half-Century of Carrera

The Perfect Fall 2018 Look Starts with Your Watch