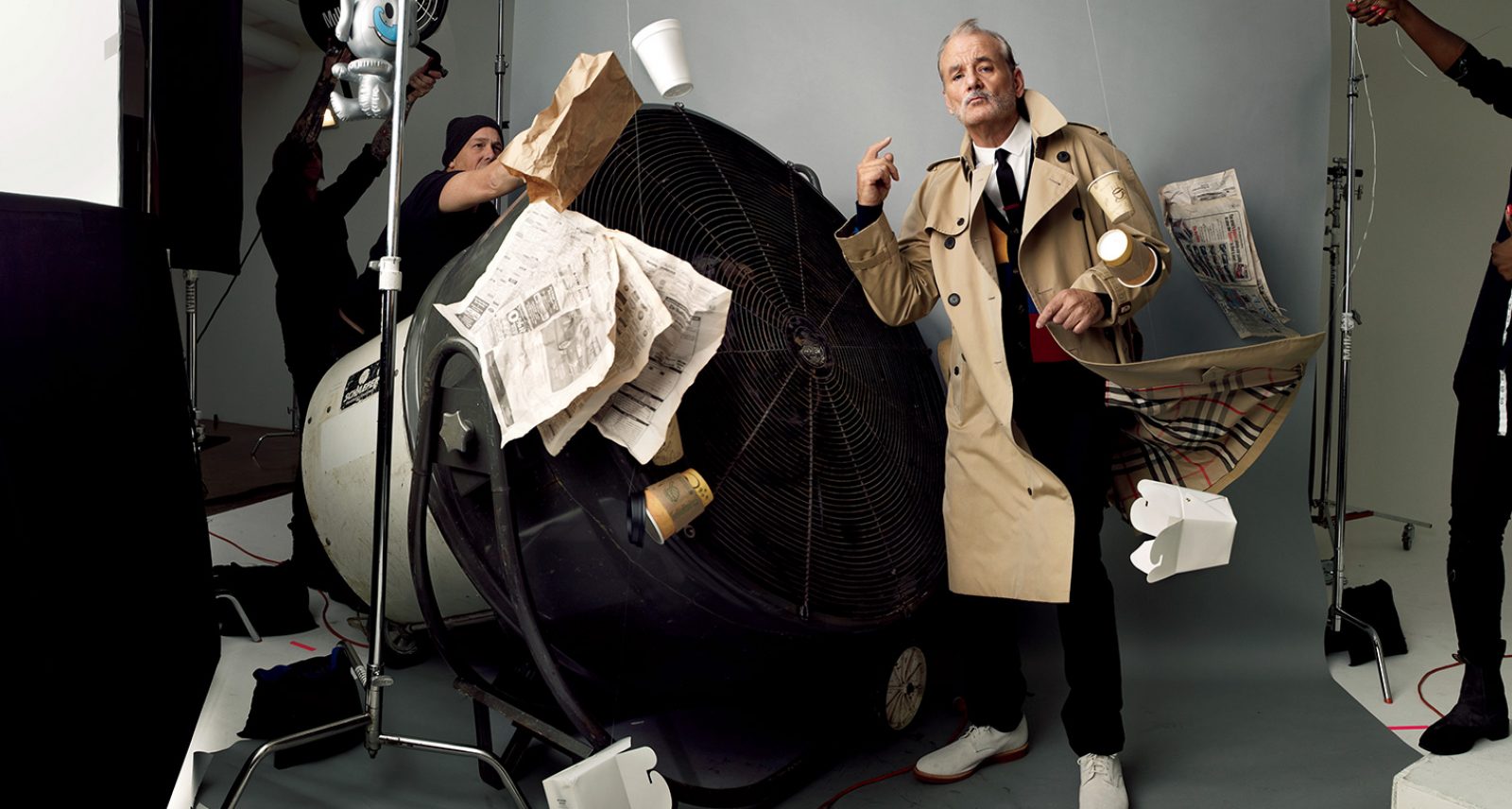 It’s hard to overstate Jim Moore’s influence on men’s style. Over his 40 year career, the legendary creative director has dressed Hollywood’s leading men, top athletes and even President Obama – twice. Moore rose through the ranks at GQ in the early 1980s, where he shot over 30 covers with celebrated fashion photographer Richard Avedon. In the 1990s, he embraced a modern approach to style, pivoting away from the conservative tailoring of the time in favour of slimmer suits and a casual attitude. Basically, Jim Moore is responsible for whatever’s in your wardrobe.

To commemorate his career, Moore recently released Hunks & Heroes, a book of 300 of his most memorable images from his time at GQ, published by Rizzoli. The book is a time capsule chronicling the evolution of men’s style, with iconic shots of Michael Jordan, Kanye West and Ryan Reynolds. In Moore’s hands, the clothes really do make the man.

What’s the story behind the book? Why publish it now?

I had a hard time committing to this book because [GQ’s] ex editor-in-chief Jim Nelson was after me for years, asking like, “When are we going to see the Jim Moore book and all your great work?” I think it’s so funny because in certain times in your life you listen to people and you know you should do it, but your instincts say no. And then Ivan Shaw, who was the photo director of Vogue for a couple of decades, saw me in the elevator [at Condé Nast] and said, “You’re going to do this book, I’m going to do it with you and it’s going to be great.” You have to leave a legacy behind, and that was the thing I was the most afraid of because I always like to look forward and not back. So, we spent the whole the summer of 2018 going through 40 years of GQ. and from 1979 to present. I thought it was going to take a weekend; it took four months. It was wild: it was 33,000 images altogether. We got that down to 1,000 and then had to get it down to 300 for the book.

The process was really fun. It wasn’t that different from putting a magazine together – a big magazine – but you have to leave some of your children on the floor, you know? I did 30 covers with Richard Avedon in the ‘80s and I thought that was going to be a big chapter in the book. In the end, I only ended up putting the Michael Jordan picture in because sometimes what you learn from this process is that one picture can define an entire era. What’s the best piece of advice you’ve ever been given?

Photographers were always the people that gave me my best advice. [French photographer] Denis Piel gave me really good advice once. He just said, “It’s very important for you to take an idea and just go with it and show conviction.” Once you have the idea in your head, you know what it should be, and because you’re at a magazine, you do it very quickly. You find that idea that’s in your head – usually it’s the first one for me – and you stick with it.

“I said ‘Hello, Mr. President. Do you remember me?’ and Obama said, ‘Yeah, you were the guy that didn’t like the tie I was wearing, and by the way you’re looking at the tie I’m wearing today, you don’t like this one either.'”

Has that creative instinct carried you through your career?

One hundred percent. I came up in the culture at GQ: I knew how to put out a magazine every three and a half weeks; I knew how to get on a plane at any given moment; I knew how to pull 10 racks of clothes in 24 hours. Some people wouldn’t be able to handle it. I had assistants that were like, you people are animals, this is a circus and I don’t want to work for the circus. And I was like, I couldn’t imagine anything better than the circus. [But on shoots], it doesn’t matter if 20 people in the room say they love it. If there’s something I don’t love about it, I’m going to change it. If you don’t have those instincts to do that, and you don’t change it on the spot, one little thing can change an image forever. I pulled the pants down on the cover. The picture was great with the pants pulled up, but it was better like that. What’s your most memorable shoot?

Shooting President Obama, twice. Both times it kind of freaked me out that I couldn’t control what he was wearing. So, I saw that on the Senate floor he was wearing an oversized blue suit, a blue shirt and an orange satiny tie. My heart just sank because I was like, I can’t put that on the cover of GQ. The Secret Service wasn’t letting me use my own clothes because it was illegal or whatever. So, I got in cahoots with an assistant who was going to run to his house and get some other clothes. [Obama] got wind of it on the Senate floor and went himself. He walks in the door and said, “Someone here doesn’t like what I’m wearing today, so this is an alternative,” and brought in a dark suit, a white shirt and a dark tie. That’s essentially how I met him.

But then the second time I shot him was in the White House. I said “Hello, Mr. President. Do you remember me?” and he said, “Yeah, you were the guy that didn’t like the tie I was wearing, and by the way you’re looking at the tie I’m wearing today, you don’t like this one either.” And I said, “Well, if you had an alternative to that tie, that would be great.” Then he said he would go upstairs and get some and he came down and I picked the tie and that was it. So you know, the whole time you’re thinking, this is the leader of the free world and you’re telling him to change his tie and he’s running upstairs to get more ties. It was a pretty amazing experience. What do you think of the current state of menswear?

I think it’s exciting! I kind of equate it to when we first heard of casual Fridays in the early ‘90s. Guys were freaked out because when you wear a suit, it’s really easy: you just have to pick out a shirt and tie in a pair of shoes. But all of a sudden you have this third wardrobe, and you have to deal with how do I put that together? Now, not only have guys mastered the casual third wardrobe for work, but the sky’s the limit. I love someone like Russell Westbrook, who will wear anything, and I think those are our new heroes in a way. Fashion’s becoming its most un-judgmental. It’s a very interesting time. So, I would say we’re in a little bit of a [cultural] Cuisinart right now, which tends to happen every 10 years or so, and I think it makes things really interesting.

You know, I always tell guys to buy the loudest plaid you can, whether it’s a coat or a suit because it’s actually the most versatile thing in your wardrobe. First of all, if you bought a loud plaid suit, for example, no one in your style squad could ever buy that same suit, right? That thing can be worn 100 different ways: you can put a hoodie with it, put a strong pattern with it, wear a black turtleneck under it. I would say it’s a really exciting time and I think guys should just experiment with it and have fun with it. But within that, I think guys will always be looking for a tailored piece or something to kind of anchor it – the tradition of it is still there. If you look Virgil [Abloh’s] shows, the last one is almost all tailored. Wearing a suit that has a cloud pattern on it is probably going to get you more compliments than wearing a hoodie in a bright colour. So, tailoring can still be really powerful, it’s just how we choose to turn it on its head.