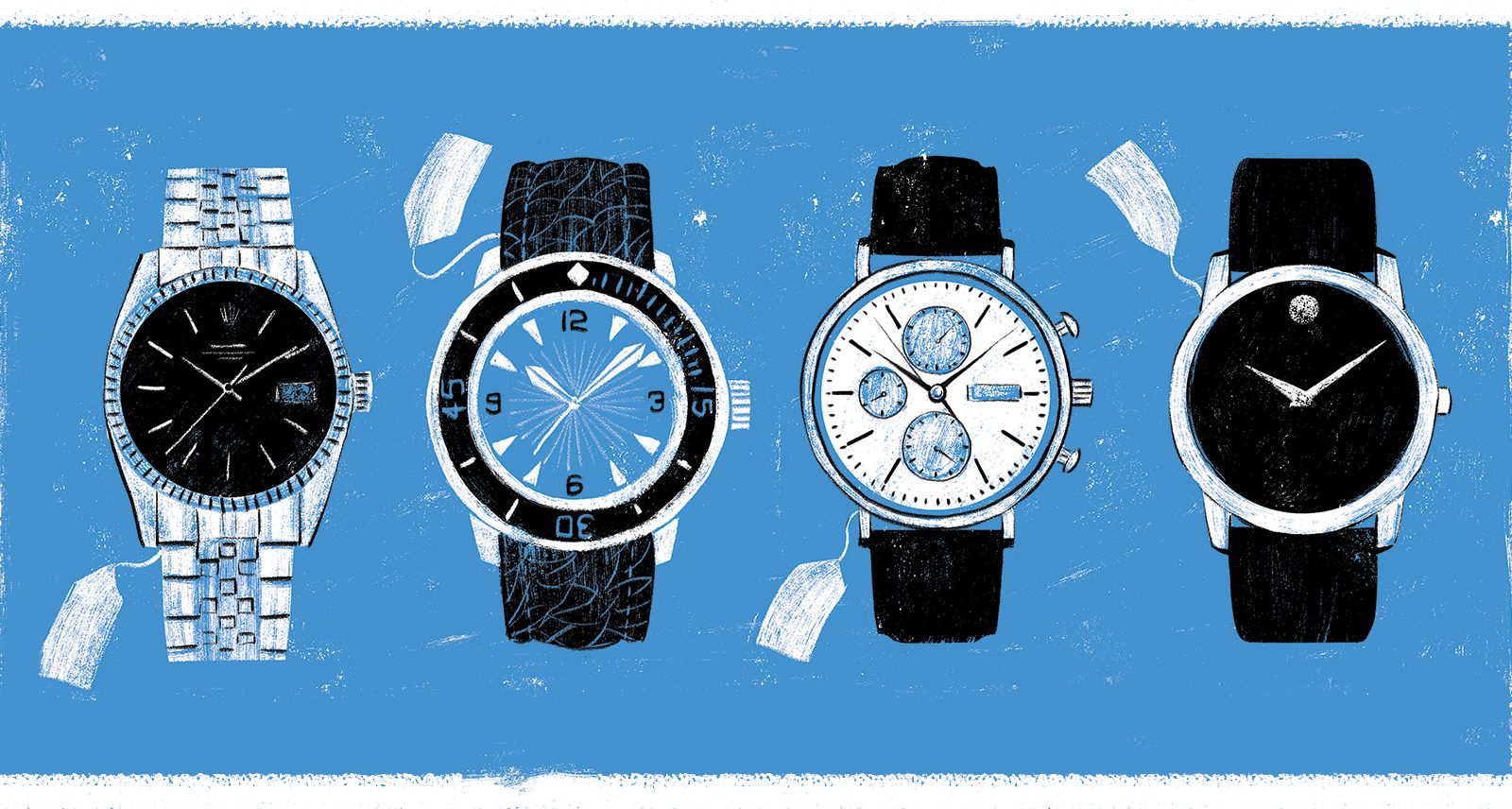 For all the minutiae of style, there are essentially two categories that a clothed person falls into. You’re either wearing an outfit — a set of items that compose some greater gestalt — or you’re merely draped in fabric. Those who wear outfits tell the world that they possess sexuality, nuance, and serious concerns. Those who don’t imply that they have woken up in a cave somewhere.

There came a time when I wanted to be among the former class. I wanted to be taken seriously. Fortunately, if you’re a heterosexual male like me, this is easy to pull off. You get a nice watch. Put it on, and you’ve got an outfit. Wearing a timepiece instantly differentiates you from many of your fellows, since, thankfully, so many of our demographic are unenticing in our personal presentation. Even if you have on a pair of undistinguished sweatpants and a wrinkled t-shirt, as I often do, the right watch makes it seem like you’re capable of more — just not today. I’m not an intrinsically sloppy person; I’m just kind of phoning it in right now.

But which watch is the right one? I was in my mid-twenties, and intimidated by the range of choice. Make the wrong selection and you risk looking silly. Unless you have the developed haunches of a swimmer, say, an athletic watch might be a bit much. If you’re an obviously nerdy keyboard jockey like me, going big and blingy is not advised, though you may crave that level of glitter and heft.

“I found a career. Rewards and money began to accumulate. Was the watch somehow responsible for this? Did I make larger use of the sense of self-possession it gave me?”

I found the answer to my confusion by accident at a consignment shop on Ossington, where I stumbled on a used Movado Museum. I was stunned by its blank face — how it refused to tell you the precise minute. That, I thought, is what a man really is. A person who doesn’t fuss with a minute here, or a minute there, knowing that in the course of time, he will make his visions manifest. It was also just, like, pretty. Showy but in a subtle way — a bracing visual morsel delivered only to those who bothered to look directly at it. And, though I knew little of the Movado pedigree, the name had a vague European sound to it that interested me, because I really wanted to be vaguely European. I knew that it was a slightly quirky choice, simply because I hadn’t heard of it — in terms of watches, I only knew of Rolex, Cartier, and other brands mentioned in hip hop.

“That’s a sweet watch,” said the proprietor as he rang it up. Similar words came from my colleagues at the fancy restaurant where I was employed. Open envy and admiration, unprompted. Compliments of the sort reserved for those who’ve recently changed their station in life. People took it as a sign that I was finally getting it together — that I was entering some semblance of adulthood.

And I was. I did. I found a career. Rewards and money began to accumulate. Was the watch somehow responsible for this? Did I make larger use of the sense of self-possession it gave me? I will not object to such assignations. My trajectory certainly matches this interpretation.

I lost the watch in Budapest, five years after I bought it. I left it in an Airbnb which offered a perfect view of an expired empire. My excuse for this is pretty solid: I was excited about proposing to the woman who is now my fiancée. So now, I’m trading one symbol of adulthood for another — the minimalist watch for the minimalist wedding band. My hope is that my Movado somehow founds its way onto the wrist of another young man aspiring to be something other than a dishevelled wastrel. Someone who will feel, upon shutting its clasp, like they’ve been rooted to a firm spot in eternity from which manly action might begin. Here I am. Now I sort of know what time it is.

SASHA CHAPIN IS THE AUTHOR OF ALL THE WRONG MOVES: A MEMOIR ABOUT CHESS, LOVE, AND RUINING EVERYTHING, OUT THIS MONTH.