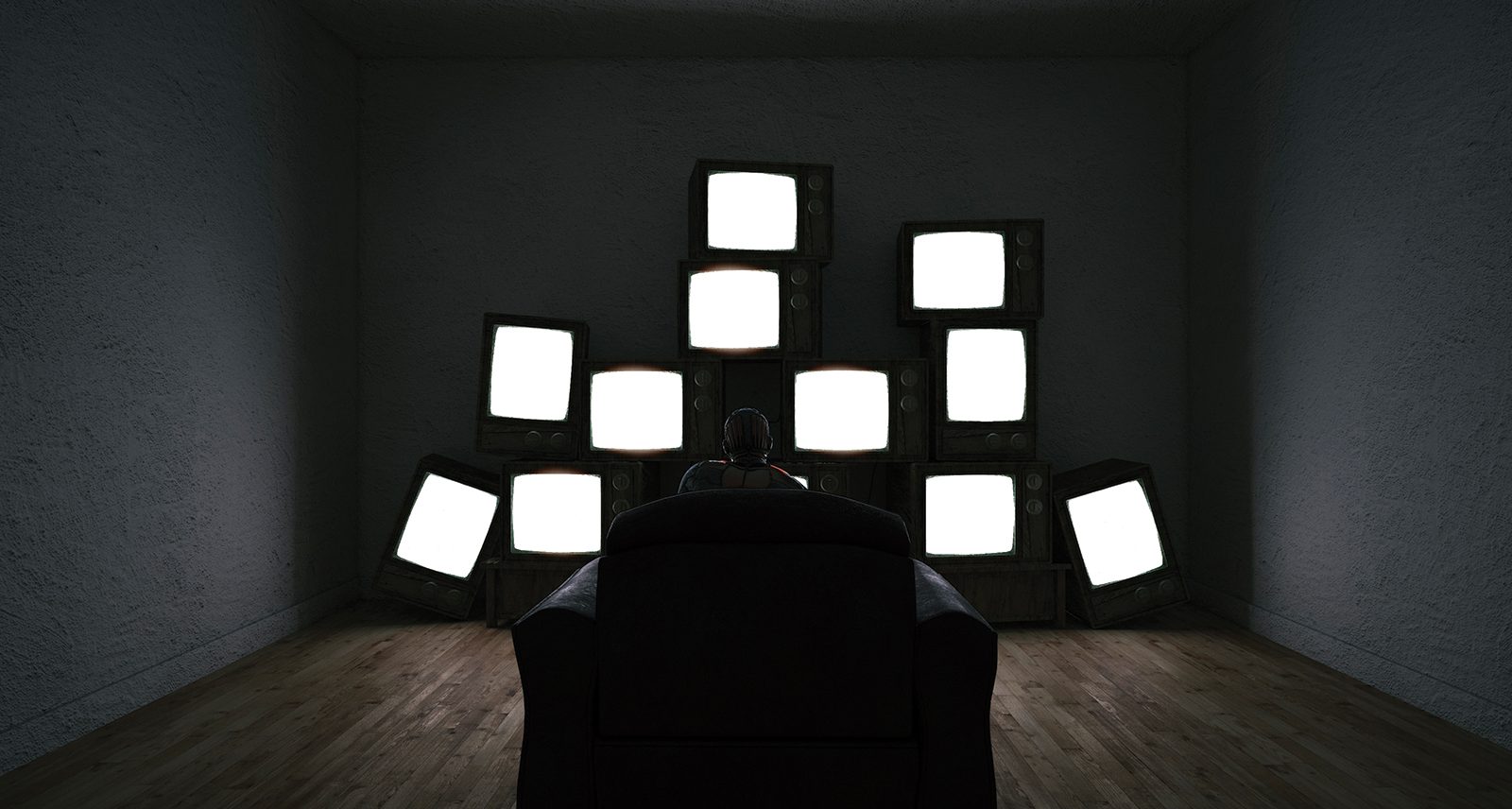 At the coffee shop the other day, the conversation turned to television. “I’m trying to find something mindless to watch,” said the woman ordering the Americano. “I want to turn my brain off.”

The barista stepped in immediately. Did she know Monty Don? “He’s like Bob Ross for gardening,” he explained. Where Ross had painted, speaking in a soothing tone while dabbing his tiny little trees onto the canvas, Monty Don gardened. His various television shows were spiritual white noise. “There’s no competition and hardly any drama,” the barista said wistfully. Instead, there was just the soothing experience of watching an affable Englishman, dressed impeccably in soft-shoulder aubergine suits and Wellington boots, visiting people’s gardens, trying to make them that much prettier.

The promise of the streaming era combined with the “golden age of TV” was that television would no longer be a mindless time suck. Freed from demands to reach a mass audience with lowest-common-denominator programming, creators were making miraculous works of beauty and complexity. TV was now art! And in the streaming era, we were finally free to watch what we want, when we wanted.

This, like all breakthroughs of the last few decades, has proven to be a mixed blessing. The truth is that we don’t actually want TV to be art, not most of the time. The medium has always been as much an amiable companion, a soothing voice in the background, as it has been a place to come for bracing, appointment viewing drama. In the era of peak TV — with more scripted shows than ever before, more brilliant performances, more complex stories — the woman in the coffee shop, like so many others, was desperate for less.

I sidled up to the counter beside her. “Is that Monty Don, D-O-N?”

Choice is a funny thing. We think more of it will make us happy — certain that greater choice means a greater likelihood of finding exactly what we want — but study after study confirms that it just makes us miserable. Ask me to choose one of three strawberry jams and I will feel content. Offer me a smorgasbord of four dozen preserves and I will become a miserable wreck, certain I’ve made the wrong decision.

The streaming era forces us to actively make choices. Scrolling through a streaming site is not the same experience as flicking through channels. The metaphor of channel “surfing” is apt — you have some degree of agency, but ultimately you’re forced to ride the wave of whatever the anonymous cable programmer has decided should be on during primetime on a Tuesday. Visiting Netflix or Amazon is more like strolling the aisles of a video store, confronted with a vast array of options and forced to figure out how to invest your time.

“Choice is a funny thing. Ask me to choose one of three strawberry jams and I will feel content. Offer me a smorgasbord of four dozen preserves and I will become a miserable wreck.”

Watching TV as a cord-cutter in 2019 means fully owning your decisions. Where once I might have stumbled into a reality TV marathon while channel surfing and unthinkingly killed a hungover Saturday afternoon, the idea of actually clicking on the Netflix search bar and typing the words “Storage Wars: Northern Treasures” is unthinkable. Instead of bumping into a rerun of Law and Order or a broadcast of a curling tournament, everything I watch is now preceded by a tiny moment of reckoning. Do I really want to spend the next half hour watching an episode of Naked and Afraid? Is that what I want to do with my life?

To avoid this minor anxiety, I’ve taken to picking episodes of familiar sitcoms at random — watching an episode of The Office while folding laundry or Brooklyn Nine-Nine before I fall asleep. I’m far from the only one doing this. Last year, Netflix reportedly paid $100 million to keep Friends on the service. At a moment when the streaming giant is creating hundreds of shows a year and winning Academy Awards and Emmys, a ’90s sitcom might be their most important product.

Of course, the future of television (or online videos or images projected across your retina or whatever form narrative video takes) won’t need to accommodate aging viewers nostalgic for the channel surfing experience. Instead, it will take its cue from the Internet, the place most people already go to find their spiritual white noise. My teenage niece and nephew don’t come home and channel surf — they watch YouTube, letting their queue of monologues by photogenic, over-expressive twentysomethings wash over them. The image of the couch potato, dead-eyed and clicking through channels, has been replaced by the image of someone slouched on a couch with their phone to their face, tapping through Instagram stories.

A few nights ago, unable to sleep and desperate for something that would turn off the catalogue of anxieties running through my brain, I found myself online, watching two grown men try to make the perfect tomato sauce.

The video is one of hundreds on the cooking magazine Bon Appetit’s popular YouTube channel. The videos are unhurried, low-stakes, pleasingly casual productions featuring the magazine’s editors. In the tomato sauce episode Andy (the fussy gym rat) is paired with Brad (the easygoing galoot). They go to the Bronx to buy tomatoes. They spend an unreasonable amount of time deciding whether to go with canned or fresh, garlic or no garlic, hand-crushed or machine-crushed. They bicker with one another in a way that is charming and makes you briefly fantasize about what it might be like to work in the BA test kitchen.

The tomato sauce YouTube video is just one in a connected series of videos that take you from dough to cheese to toppings until — much like Avengers: Endgame — each element comes together in a blockbuster finale, in which everyone presumably makes a pizza. These are not ambitious productions. What they are is companionable — designed, like so much content on YouTube, to reproduce the feeling of a night hanging out with charming friends.

They’re also shockingly popular. Viewers spent 2.4 billion minutes watching Bon Appetit on YouTube in 2018. The numbers are so impressive that Bon Appetit has decided to spin the videos out into their own streaming channel — the perfect spot to stop and linger, for anyone still channel surfing.

NICHOLAS HUNE-BROWN IS A NATIONAL MAGAZINE AWARD–WINNING WRITER WHO HAS BEEN PUBLISHED IN SLATE, THE WALRUS, AND THE GUARDIAN. HE IS CURRENTLY FEATURES EDITOR OF THE LOCAL.

Is This the Most Impressive Loft in New York City?

Who’s Using Your Face? The Ugly Truth About Facial Recognition - This is what we are reading for you