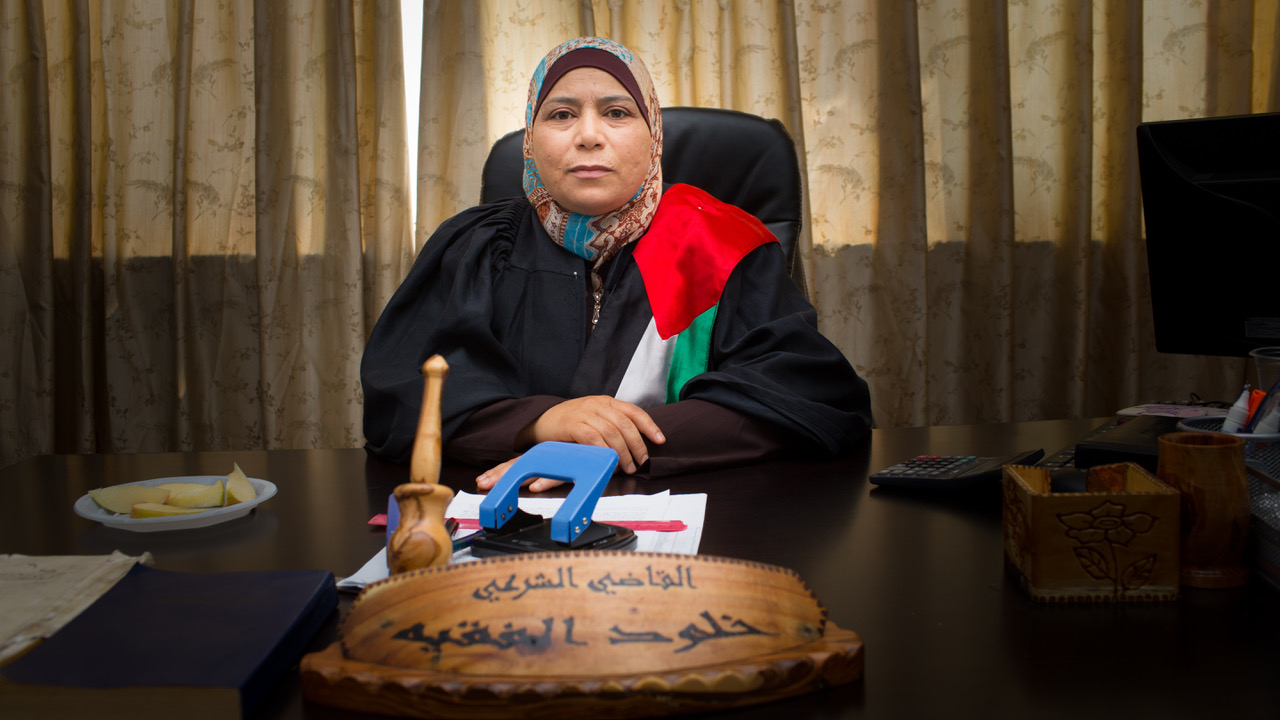 This calmly intelligent and observant documentary by Erika Cohndepicts the life and work of Dr Kholoud al-Faqih, who in 2009 became one of only two women appointed as judges in the sharia courts of the Palestinian territories. Why only two? At first glance, the question is naive, even disingenuous. In this context, women’s rights are so clearly subordinate to those of men that it is perhaps a miracle there are any women judges at all. The work of a female judge appears to be considered appropriate specifically for family cases: ones in which errant husbands are made to pay maintenance to wives and children. Al-Faqih, who is charming and persuasive, does this with forthright briskness, not tolerating any nonsense from men trying to wriggle out of their responsibilities. Yet a woman is shown in court demonstrating that she is blameless in marital breakdown by affirming: “I was not disobedient to his will.”

To those outside Islam, and indeed outside religion, that declaration of supposed good faith is unsatisfactory. But Cohn’s purpose in her film is to focus on the voices of those who are inside Islam, inside this system, those who have everything at stake. And in any case, might not the female sharia judges be a straw in the wind? The first glimmerings of a new approach to domestic violence? A new approach to the law, the state, to society in general? The film also shows al-Faqih being put under pressure, suddenly getting her caseload reduced for what appear to be political reasons and having to battle institutional bias. The Judge is a thoughtful, sympathetic study.