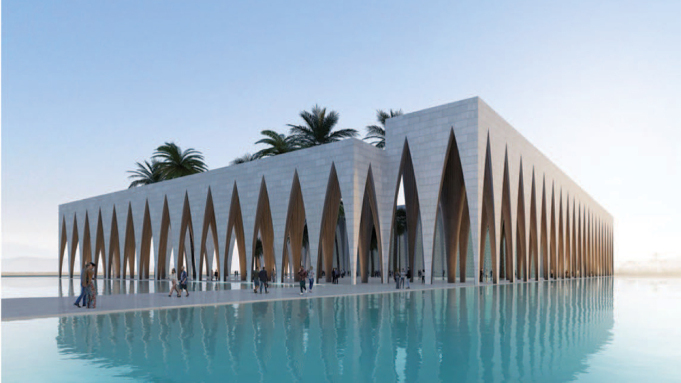 Egypt’s El Gouna Film Festival, which shifted its dates from September to an October slot, will mark a moment of post COVID-19 restart for the Arab film industry, while also seeking to reinvigorate the region’s international ties after the pandemic.

Barring complications, the ambitious event, now in its fourth edition, “will be the first festival in the region that will happen physically” after the pandemic, says its chief Intishal Al Timimi. He points out that El Gouna organizers have taken their cue from Venice and will have lots of sanitary measures in place for the Oct. 23-31 event held in a Red Sea resort where socially-distanced screenings will take place in open-air theaters.

Social distancing and other factors have caused El Gouna to reduce the lineup from 80 to roughly 65 entries, though its structure remains unchanged.

As always, the competition is a mix of titles picked from the year’s festival circuit crop, some of which are Arabic films having their Middle East launches.

Venice opener “The Ties,” from Italy; U.S. director Gia Coppola’s “Mainstream,” which launched from Venice; French comedy “The Big Hit,” which carries a Cannes 2020 label; and Naomi Kawase’s “True Mothers,” both a Cannes and Toronto 2020 film, are among international titles that will compete for the El Gouna Golden Star, worth $50,000. 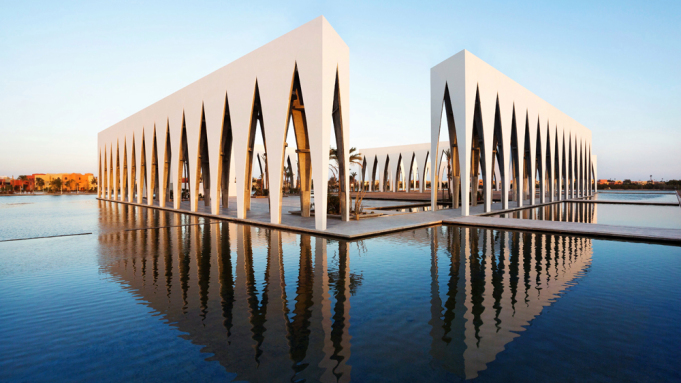 Though El Gouna is the region’s first major fest taking place in 2020, it was tougher this year to get fresh Arabic fare. Due to uncertainty prompted by the pandemic, many completed works from the region have opted to push their releases to 2021, Al Timimi says.

Still, El Gouna has secured the regional premieres of at least three Arabic features, including Palestinian director Ameen Nayfeh’s “200 Meters,” about the absurdities of contending with borders between the Occupied Territories and Israel, and Tunisian director Kaouther Ben Hania’s “The Man Who Sold His Skin,” in which a Syrian refugee literally sells the skin on his back to be turned into a tattooed living canvas for an expensive artwork.

Both “200 Meters” and “Skin” were among projects selected and supported in past editions by the fest’s CineGouna co-production Platform, which nurtures Arab auteurs.

This year, 18 projects from Egypt, Bahrain, Sudan, Saudi Arabia, Lebanon, Algeria, Jordan, Tunisia, Morocco and Palestine were selected to participate in CineGouna — 12 in development and six in post. They will compete for a roughly $240,000 prize pot, mostly provided by sponsors. CineGouna will take place physically and online.

Arab projects in development selected for the upcoming CineGouna include “A Trip to Disney,” by Saudi director Maha Al Saati, who is known for shorts that explore femininity and gender roles in Arab cultures. Her feature debut project, which is making the rounds in various other platforms, is about a Saudi woman who, abandoned by her lover, travels from Saudi Arabia to Florida. Al Saati will also participate in the Hollywood Foreign Press Assn. Residency program in 2021.

The El Gouna fest is the brainchild of Egyptian telecom billionaire Naguib Sawiris, whose brother Samih built the El Gouna resort in a swath of desert near Hurghada, a tourist town 250 miles south of Cairo. This year the resort has a spanking new Cannes Palais des Festivals-like conference center featuring a large open-air space created for staging concerts and film screenings.

Al Timimi and Egyptian actress and the El Gouna event’s co-founder Bushra Rozza say they were uncertain about how many international guests will attend. But both underlined the symbolic importance of the fest taking place physically amid all possible precautions.

“The most important thing for us is to be safe,” says Rozza. And also “to send a positive signal that the Arab film world is finding its way back to some kind of normality.”