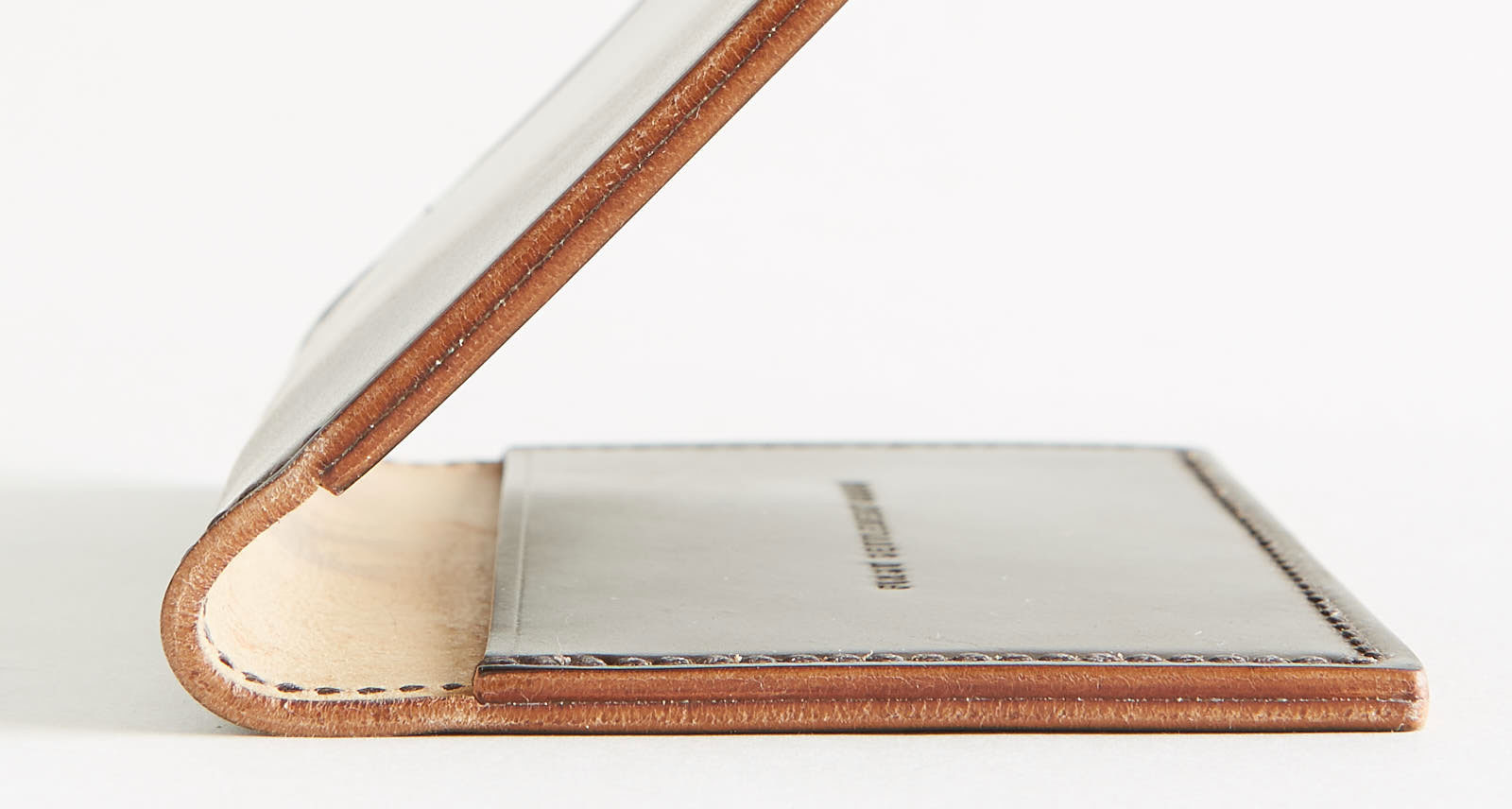 I'm not a wallet guy. Never have been. The darn things always just feel too clunky in my back pocket, too Costanza-ish. Instead, much to the chagrin of my friends and family, I just stuff a loose arrangement of cards and cash in my pockets — which, when you’re a careless daydreamer (some might also call it “being a visionary,” but whatever) like I am, can be a little haphazard.

“Well, why don’t you just use a card holder?” you’re probably thinking right now. Because let’s be totally honest: cardholders are mostly useless. They’re almost always too slim to actually hold anything. I qualified that with “almost,” because I just discovered this one, from Madison, Wisconsin-based maker First Settlement Goods, that for all intents and purposes seems like the answer to my long-suffering compadres’ prayers. 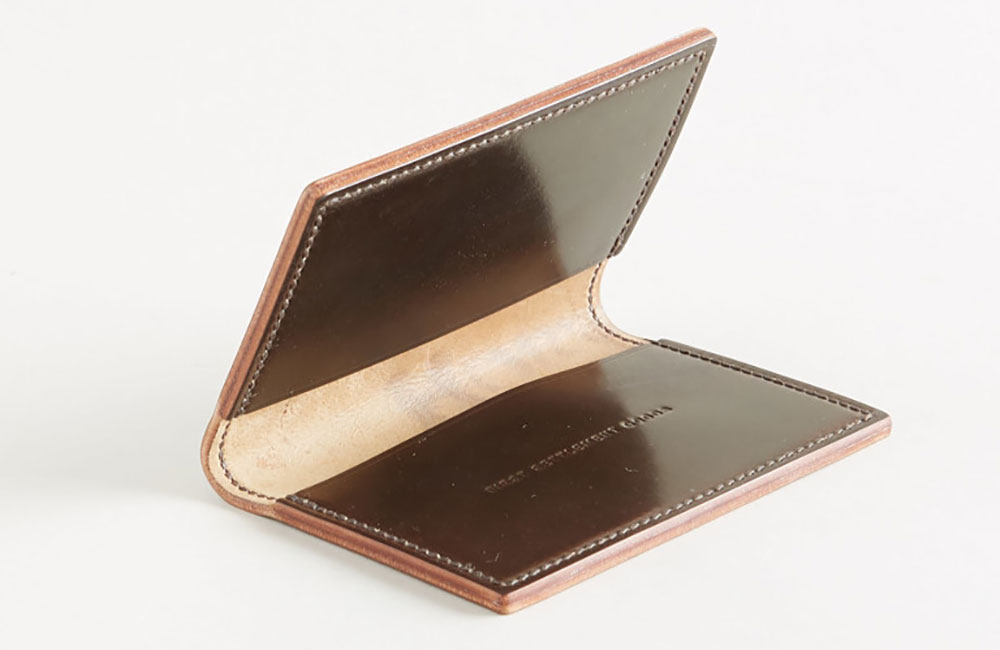 Much like Takeru Kobayashi, it’s deceptively slender. Fashioned from Horween shell cordovan — which, for those of you who don’t speak #menswear, is some of the toughest, most beautiful leather money can buy — its ingenious two-pocket design can hold up to 12 cards while still retaining a trim enough profile that it won’t bug the living hell out of me.

How Suede It Is: 6 Ways to Wear the Spring's Must-Have Shoe Trend

Ask Not What These JFK-Inspired Socks Can Do For You

Weekend Wear: How to Pull off the Colour Everyone’s Crazy About Right Now