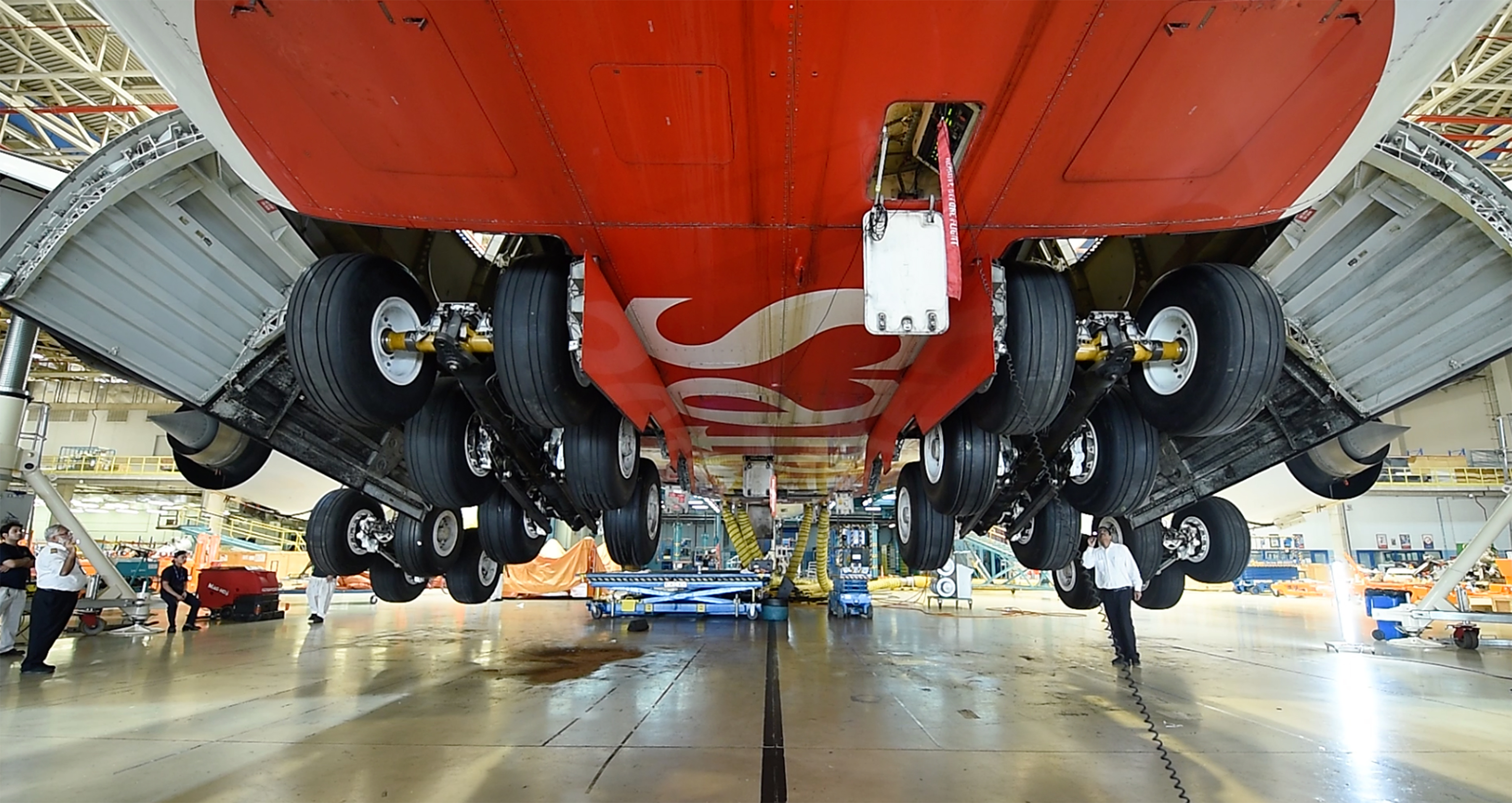 Emirates Engineering has successfully accomplished the first complete replacement of landing gear on A6-EDF, the first Emirates Airbus A380 aircraft to have its entire landing gear system replaced at one time.

Every Emirates Airbus A380 aircraft has a landing gear system with a total of 22 landing wheels. In addition to the wheels, the landing gear mechanism of the aircraft includes the gear extension and retraction systems, braking and steering controls, and other monitoring systems. The landing gear of the world’s largest commercial aircraft can support a weight of close to 570 tonnes on take-off and over 390 tonnes on landing.

The process of changing all the landing gears was completed in 14 days with the Emirates Engineering team clocking thousands of man hours during this period. For the duration of the work, the entire aircraft was lifted on jacks to support the body of the aircraft.

You Can Own This Extremely Rare Riva Ferrari Speedboat

Squashing Your Post-holiday Gut Starts on the Squash Court

This Beautiful Monocoque Paddle Canoe Will Make You a Morning Person

Gear up for summer season with style

This 377-Foot Superyacht Is Actually a Souped-Up Polynesian Canoe

Smartphones are so last season... Introducing the Huawei Mate 10 series, the intelligent phones that will take the region by storm