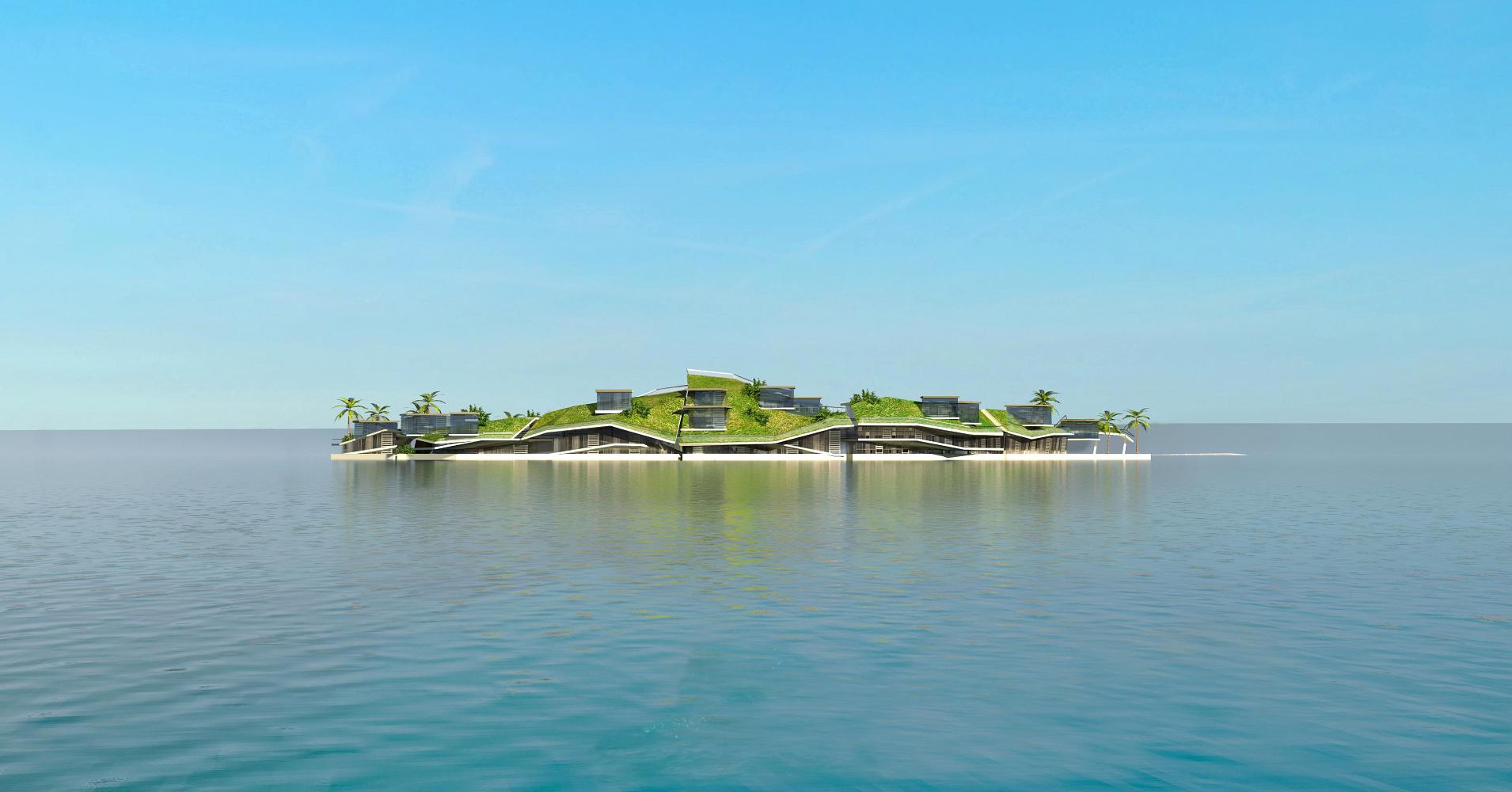 A floating Pacific island is in the works with its own government, cryptocurrency and 300 houses from CNBC.

If you're struggling to do business or just live under your country's administration, a movement of philanthropists, academics and investors is working on a very sci-fi alternative.

Nathalie Mezza-Garcia is a political scientist turned "seavangelesse" — her term for an evangelist in favor of living off the grid — and on the ocean.

Mezza-Garcia spoke with CNBC's Matthew Taylor about what she sees as the trouble with governments, and why she believes tech startups should head to Tahiti.

This seavangelesse is a researcher for the Blue Frontiers and Seasteading Institute's highly-anticipated Floating Island Project.

The project is a pilot program in partnership with the government of French Polynesia, which will see 300 homes built on an island that runs under its own governance, using a cryptocurrency called Varyon.

Once we can see how this first island works, we will have a proof of concept to plan for islands to house climate refugees," she said.

The project is funded through philanthropic donations via the Seasteading Institute and Blue Frontiers, which sells tokens of the cryptocurrency Varyon.

The pilot island is expected to be completed by 2022 and cost up to $50 million.

This company is building a 'floating special economic zone' from CNBC.

"There is significance to this project being trialed in the Polynesian Islands. This is the region where land is resting on coral and will disappear with rising sea levels," Mezza-Garcia said.

"If you don't want to live under a particular government, people will be able to just take their house and float away to another island."-Nathalie Mezza-Garcia, Floating Island Projet

As well as offering a home for the displaced, the self-contained islands are designed to function as business centers that are beyond the influence of government regulation.

"This means there is stability, outside of fluctuating geopolitical influences, trade issues and currency fluctuations — it's the perfect incubator," she said.

It's also an attractive alternative, Mezza-Garcia said, for those disenchanted by the government of the day.

It's an unapologetically libertarian concept: Governments under the Floating Island scheme would exist only as service providers, according to Mezza Garcia, and the "floating communities" could self-govern.

"If you don't want to live under a particular government," she said, "people will be able to just take their house and float away to another island."

In what Mezza-Garcia describes as the "long term," she envisions hundreds of new countries in the ocean.

What Is Canada’s Next Hot Real Estate Market That Isn’t Toronto or Vancouver?

What Crops Can I Grow in My Condo?

Hipster Hunters Are Gaining Likes — and Enemies — in Canada's Hinterlands

Josh Brolin's Massive Gains: How the Actor Smashed Through His Comfort Zone to Play Thanos and Cable