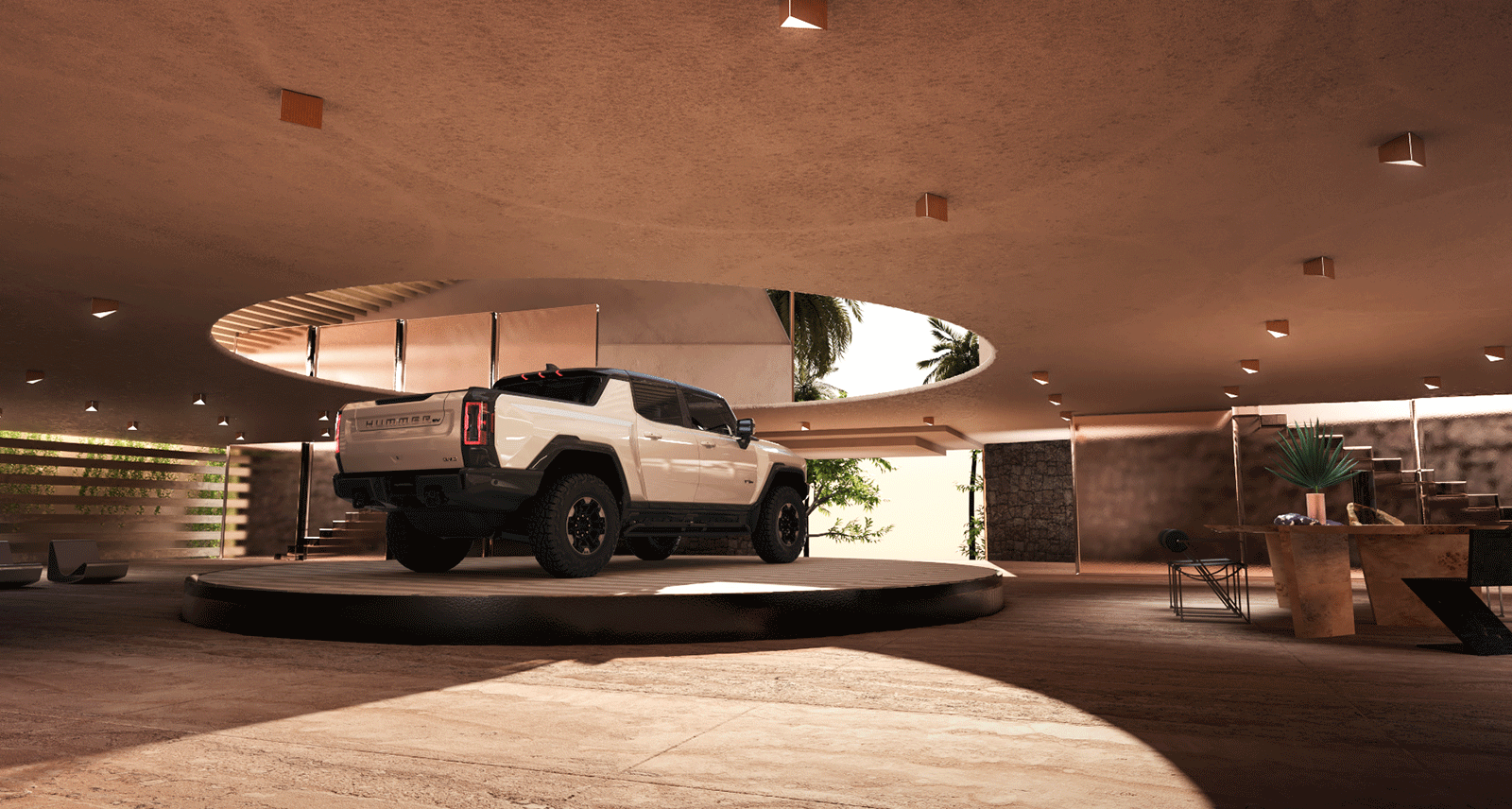 Garages are, by and large, spaces to pass through. For anyone that’s not handy, they’re rarely spaces to spend time in, let alone live. But interior designer Kelly Wearstler has other ideas. To celebrate the all-electric Hummer, she has designed a “livable garage” that not only houses GMC’s new “super-truck”, but makes it the space’s central showpiece.

The conceptual garage, set in the Californian desert, hinges on a central lift that carries the EV Hummer into and out of an open-plan living space. It’s not a garage as we’ve come to expect them. It’s livable, for one, dotted with luxury furniture like Wearstler’s own Echo Bench and Willy Guhl’s Loop Chair. Designed to be both functional and comfortable, the space is also an exercise in contrasts, marrying wood beams and plaster walls with more sci-fi-inspired details, like structural columns covered in aluminum foam. According to Wearstler, the garage – much like the electric Hummer itself – straddles a line between comfort and technology, between tradition and the future.

Of course, this all begs the question: who wants to live with and around their car? (I expect a larger share of you might answer “yes” to that question than the general population.) But, ultimately, it’s besides the point. An electric vehicle with no emissions means that, at least theoretically, one could cohabitate with their vehicle. Is it practical? Probably not. But dissolving the distinction between home and garage acts as an example – and a clever marketing tool – of the future possibilities created by emissions-free cars. Wearstler’s design may be called a garage, but it’s really a vision for when garages aren’t needed.

Are we ever going to see Wearstler’s design, or others like it, come to fruition? Perhaps not. But it’s certainly fun to dream about.