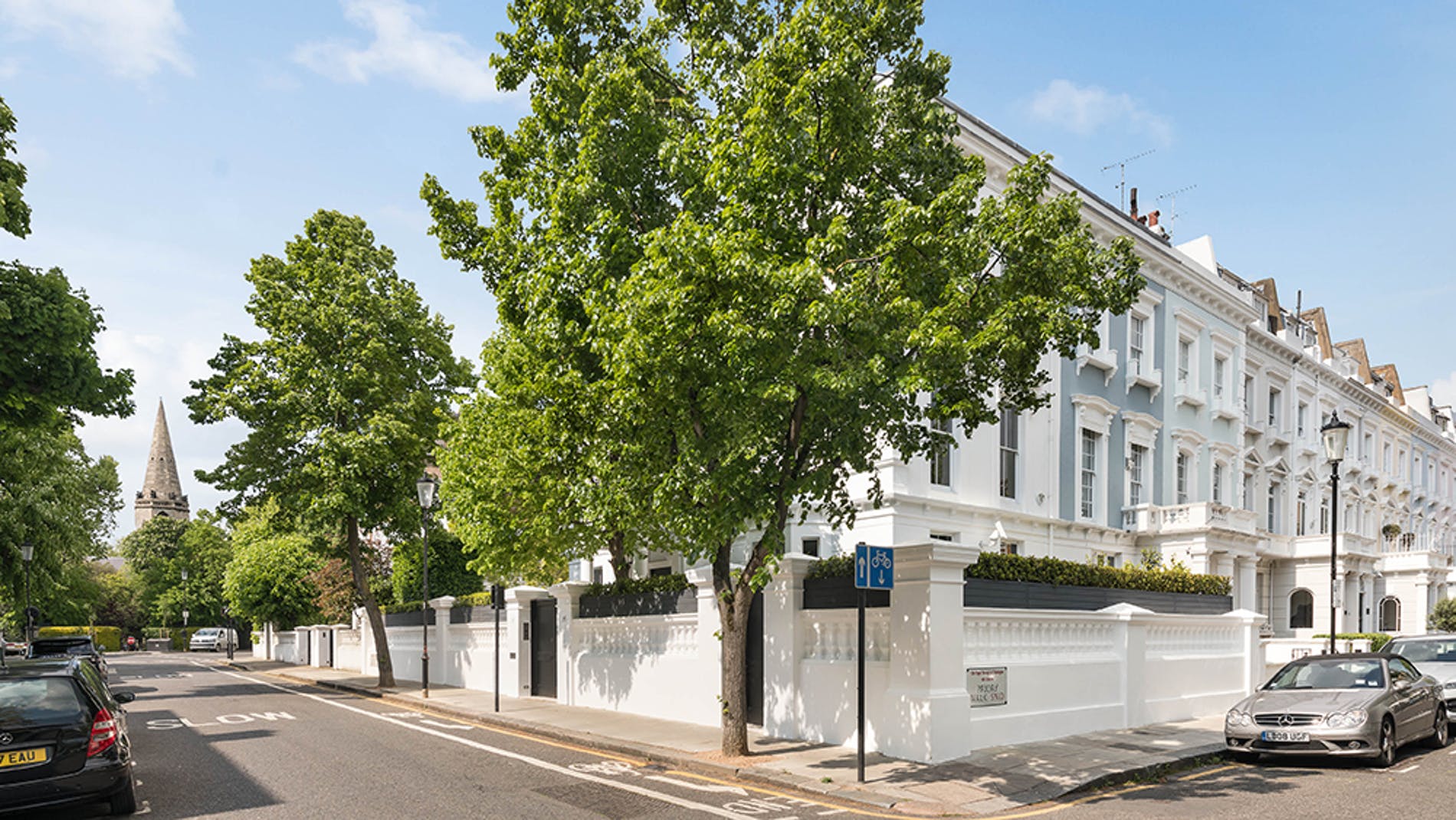 The imposing London mansion that was owned by the fashion icon Tom Ford, still has the designer's impressive interior touches and has recently hit the market for $17.4 million. It is speculated that the designer bought the house in 1997 for £2.55 million and made major renovations to the 4-story Victorian building until it reached its current version.

The Chelsea property features a starry neighborhood, such as Hugh Grant, Rowan Atkinson, the late David Bowie and George Michael. It is rumored that the previous owner of the house was Duran Duran's keyboardist, Nick Rhodes.

The imposing black gates open to the elaborate façade, all white. The mansion has an impressive living room with an alabaster marble staircase and mirrored glass walls. On one side there is a reception room with black walls and sofas, and on the other an elegant dining room with wood panels.

The stairs go down to a kind of basement, where the kitchen, a suite, gym, sauna, and cellar are located. On the second floor, there is a studio on one side and a cozy guest room with gray panels on the other. In the master suite, located on the third floor, the walls and even the ceiling are covered in matte stainless steel. Across the hall is the spacious master bathroom and huge closet. On the fourth floor is a vast deck overlooking the London skyline.

Charles Olver, partner and head of sales at the brokerage said: “The house gives a general feeling of well-being immersed, it is an exquisite work of art. With an interior created by none other than one of the biggest creative names in fashion, you might not expect anything less. But still get ready to be surprised."