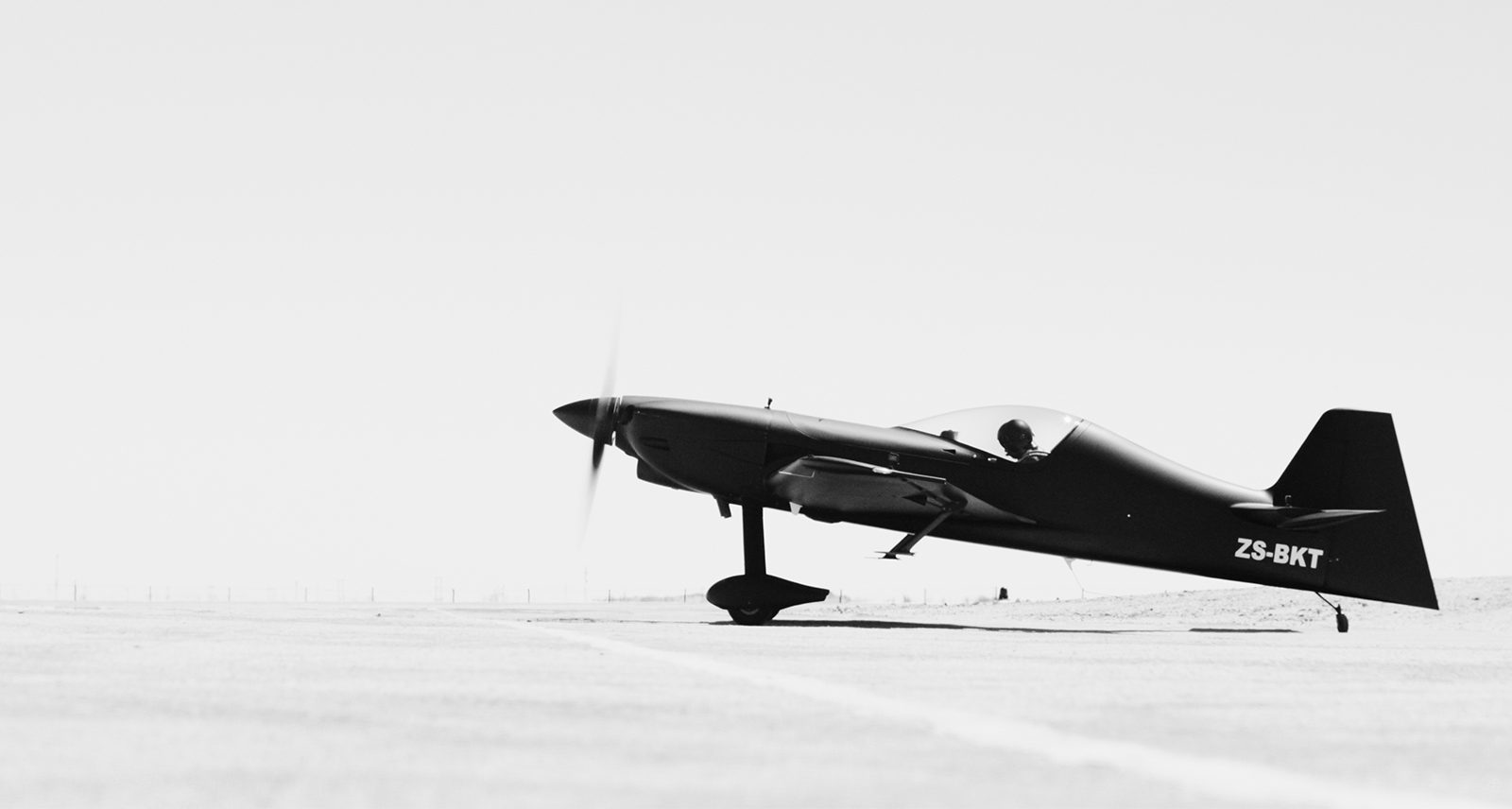 Soaring above the sand dunes of the Namibian desert, Dario Costa’s mind was focused on just one thing. As a professional aerobatic pilot and the first Italian to compete in the Challenger class of the Red Bull Air Race, he had spent countless hours preparing for this moment. Still, with unpredictable weather, blowing sand and air speeds of up to 340 km/h, things could easily go sideways in an instant.

“Depth perception over sand is so difficult,” says Costa, who flew faster and lower across the dunes than anyone has before. “I used my experience of low level flying over the Alps, and prepared at home by visualizing the scene thousands of times, over and over in my head.”

Costa’s flight was for an ambitious film project undertaken by Swiss watchmaker Hamilton and British movie director Jacob Sutton, who spent years planning the shoot in the Swakopmund dunes. Sutton envisioned a small plane pushed to its limits against red sand and blue sky, a spectacular human achievement juxtaposed with one of planet Earth’s most incredible places. Bringing the project - which also celebrates the new Hamilton Khaki X-Wing Day Date — to life was no small feat. Costa’s aircraft was a single-engined stunt plane specially outfitted with high-definition cameras to record the flight, and painted matte-black. While this colour was made an ideal contrast to the red sand of the Namibian dunes, it had the unfortunate side-effect of attracting heat, pushing the temperature in Costa’s cockpit above 40-degrees celsius. In addition to the sweltering temperature, the low air density above the dunes changed the plane’s aerodynamics and reduced engine performance, making for an even greater challenge.

Costa’s exhaustive preparation and the efforts of Sutton and his crew to capture the flight were ultimately worth it, as the new film shows. After years of planning and three days of shooting, it serves as a stunning testament to what happens when a dream is brought to life.

6 Earthy-Hued Watches Made for Your Fall Wardrobe