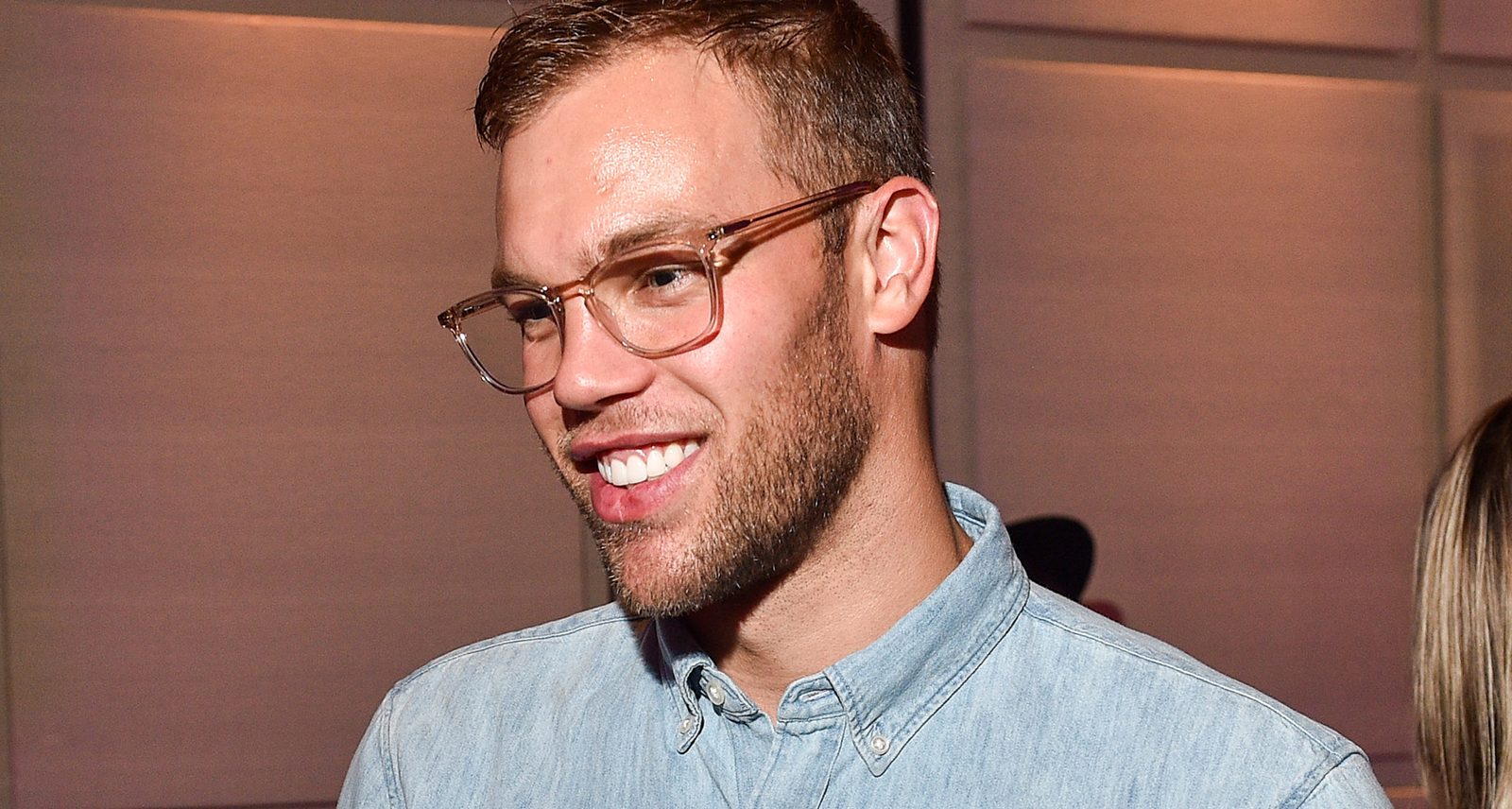 It’s fair to say Taylor Hall’s past year didn’t necessarily go as he’d expected. After all, he earned the Hart Trophy - for the NHL’s most valuable player - back in June of 2018 following an incredible season (39 goals and 54 assists) in which he dragged the New Jersey Devils, almost single-handedly, into the Stanley Cup Playoffs for the first time since 2012. It seemed like the sky was his limit.

Last season, he picked up right where he left off with 37 points through his first 33 games, but a knee injury sustained just before Christmas ended up derailing him. He hasn’t played since.

Still, while hockey didn’t go as planned for Hall, he found himself getting into the world of fashion through a collaboration with Montreal eyewear brand BonLook, where he oversaw the creation of four frames - from inspiration, through the entire design process, into reality.

“I’ve loved it, having my own say,” Hall told us. “When I post stuff on Instagram sometimes I’m a little wary that my friends are going to poke fun at me, but everyone has been really positive and saying that it’s really cool I got together with a company and did this. I think it’s been really good for my own brand as well to be with them and to see people tweeting pictures of my frames in a store is really cool.”

We recently met with Hall for an extensive interview about his BonLook collab, how his interest in fashion developed, his most (and least) stylish teammates, and what he learned about himself while recovering from his injury for the past nine months.

How did this collab come about?

I wanted to get involved with companies who have a strong brand, are Canadian, and up-and-coming. When BonLook was presented to me, I did my research and saw what they had to offer. I hadn’t worked with a glasses company before at all but it was a unique opportunity to have some say on your own product. I’d never had that before. I had worked with various companies before but it was more as a spokesman than as an actual designer so that opportunity was really appealing to me. To dip my toes into fashion and eyewear was really intriguing; the whole process was a lot of fun, learning about the glasses, seeing how they’re made, and the various styles you can make. It was really educational and a lot of fun.

Did you have any previous artistic or design experience?

No, not at all. As I get older, it’s important if I’m trying to market myself as an athlete and a person, to do different things and to try to step outside your comfort zone a little bit. That was basically what this was. I was teaming up with a company that has a good foothold on the industry in Canada and to design a little bit was really fun. Take us through the process - where did the inspiration for the four frames come from, and how were they designed?

I was instructed to come up with four names. My girlfriend, her middle name is Louise. My best buddy from home, his middle name is Andrew. Kingston is my hometown. And then when I started going through this process, I was actually at the Masters in Augusta, so I figured that was a good name. As for the designs, I was given a bunch of frames that were available - the colours I would like, the styles, it was really what I was looking to have on people’s faces. My face is a bit wider so I had to look and see what looked good on me because I was going to be the one modelling them. BonLook was really helpful because they’ve done this a lot of times, figuring out what a good product would be that people would like but also looks good.

How much help did you have in bringing your thoughts and inspirations to life?

I’m not someone who would be able to sketch out what I had in my mind. Basically what happened was I explained what I would like, picked out some frames that I thought looked really good, and then we would narrow them down to a few that looked pretty good. Then they manufactured them so I could see what they looked like in my hand. They were great because they have so much experience and I was able to just tell them what I liked, what I thought my generation would like and we went from there.

“I learned how much you just can’t take for granted playing hockey. Sometimes you kind of lose that.”

Have you found that glasses are an underrated part of fashion?

I think it changes a look completely, whether you’re wearing sunglasses or not. I’ve really noticed the different lenses you can wear, the different frames, everything - it can add a whole new dimension to an outfit, especially in the summer. It can pair with your watch, your shoes, and they just add another element to your wardrobe.

Do you have a favourite of the four designs?

I’d have to say right now the Kingston sunglasses. I’ve been wearing those a ton and I’m pretty proud of that design.

You’re wearing a pair of clear lenses right now. Do you need glasses for distance or anything?

The one kind I do wear a lot are blue-light blocking glasses. Pretty much after dinner I’ll put them on. You’re on your phone a lot, you’re laptop, even just driving at night with the glare. They really help I find.

How much thought do you put into your style on game days?

With suits, it’s really interesting how you can look totally different from game to game and I take pride in that. When I first got into the league, I wasn’t as into it as I am now, but certainly it’s nice to look fresh coming to a game. If you’ve got a new suit on, a new outfit, it adds a little wrinkle to my game day and I think it’s always nice to look sharp. Who on your team, apart from you, has outstanding fashion sense?

Well, I don’t think it’s going to be P.K. (Subban). He dresses a little too crazy for me. One of the guys on our team last year, Marcus Johansson. Swedish guys always have pretty good clothes and are always looking pretty good, very tight, a lot of dark colours, but he always looked good.

Who could use some help?

He should probably seek your expertise then.

Are you a sunglasses-at-night type of guy?

Not when the sun goes down, no. That’s a little much I think.

How eager are you for the season to start after how last year went?

After last year, I haven’t played a game since Christmas. By the time I play an exhibition game it will be nine months since my last game and to think about that is crazy. I love playing hockey; I miss it like crazy so to finally be healthy and ready to go feels great.

Is nine months the longest you’ve ever gone without playing a game since you were a kid?

I probably haven’t gone more than four months my whole life. It’s been hard but it’s a new year; we have a lot of new faces and positive energy on our team. I can’t wait to get to camp and get playing.

What did you learn about yourself after you missed so much time while rehabbing the knee injury?

I learned how much you just can’t take for granted playing hockey and playing the games. Sometimes you kind of lose that a bit after you play professionally for eight years - maybe your drive slips a little bit but when I was out of the lineup since Christmas, it was really hard to miss games and be around the team. I definitely have a better appreciation for that now.

What do you think the Devils are capable of this season, especially having brought in four impact players in Wayne Simmons, Nikita Gusev, P.K. Subban, and Jack Hughes?

We’re going to be a better team, no question. Me being healthy is basically adding a new player as well after how much time I missed last year. Simmonds is a known commodity and I think everyone knows what he can bring. Hopefully he’s healthy and feeling good. P.K. is a number-one defenseman on any team in the league. Jack is young but super skilled. We don’t know a ton about Gusev but they’re all guys I think can make an impact one way or another. After the year we had last year we needed a bit of a change with a bit of different energy on our team, so I think it’s going to be great.