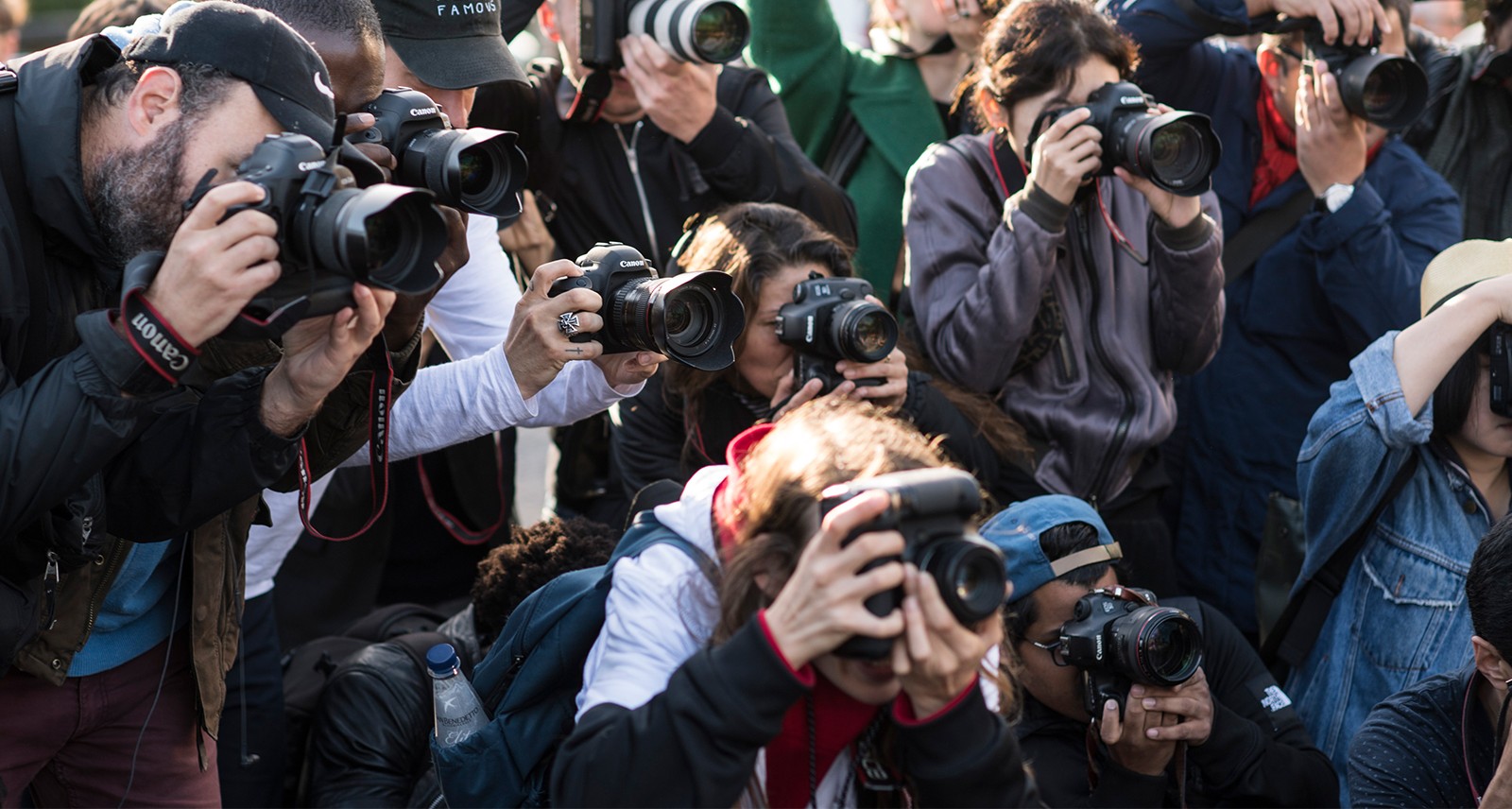 Last year, Japanese photographer and publisher Shoichi Aoki announced he’d be closing his cult street fashion magazine, FRUiTS. “There are no more cool kids to photograph,” he said at the time, blaming, among other things, the rise of fast-fashion chains like Uniqlo and H&M for the decline in his subjects’ individuality. While relatively few people are directly familiar with Aoki or his work, his influence in contemporary culture is significant. Aoki started documenting the off-the-wall fashions worn by the teenagers who congregated in Tokyo’s Harajuku neighbourhood in the mid-1990s. By the time he hung up his camera in 2017, Japanese fashion — and the rich culture of street style on which it feeds — had become revered worldwide. Now, thanks in part to his work, brands around the world look to Japan to predict what we’ll be wearing in years to come. Aoki’s retirement — and his pronouncement that there was nothing new in Harajuku — was a decisive moment. Street style wasn’t officially dead, but it had surely entered a new era.

Street photography has been around as long as photography itself. Edward Linley Sambourne, believed to be the world’s first street style photographer, stalked the cobblestones of London, documenting the hottest womenswear trends of 1908. Henri Cartier-Bresson, while not strictly a style photographer, pushed the genre forward in the 1930s through his poignant, candid portraits of strangers. Whether shooting war zones or strolling Parisians, Cartier-Bresson treated street photography like fine art, blending precise composition with the unpredictability of his human subjects. When Bill Cunningham launched his On the Street column for the New York Timesin 1978, he brought a journalist’s sensibility to the work, searching for social commentary in the wardrobes of his fellow New Yorkers. Equal parts trend forecaster and cultural anthropologist, Cunningham was perfectly suited to documenting the burgeoning age of fashionable individuality. 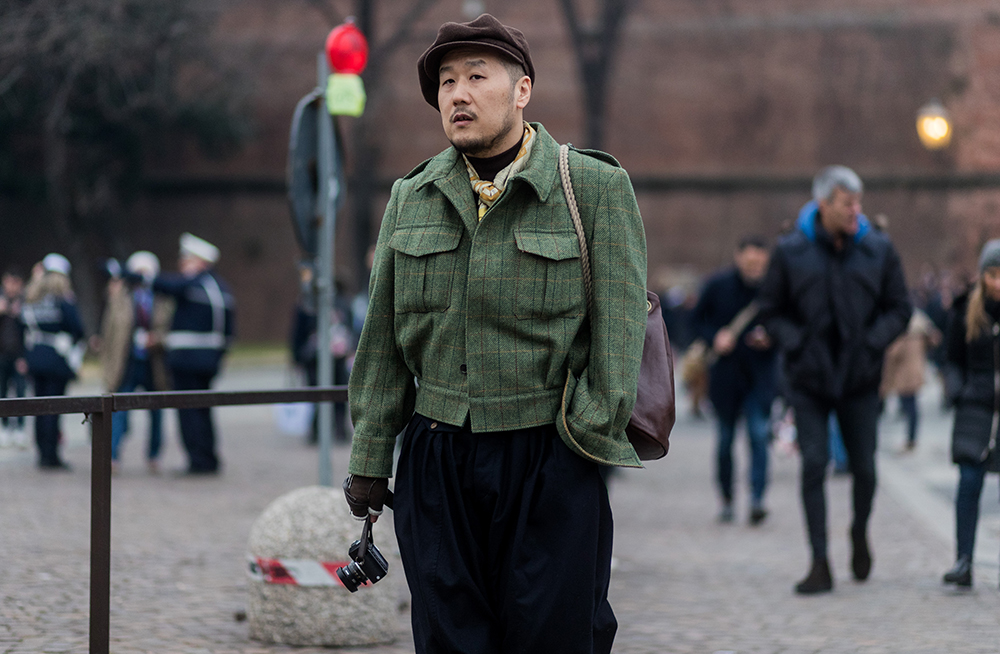 By the mid-aughts, the rise of digital cameras and the Internet paved the way for another major shift. Scott Schuman launched his street style website, the Satorialist, in 2005, a year after Facebook went live and two years before the first iPhone put a camera in everyone’s pocket. Before the Sartorialist, street style had been mostly limited to print publications, and fashion itself had been the domain of a relatively small segment of society. Fashion designers dictated trends, then propagated them through retailers, magazines, and advertisements, and the rest of the world fell in line to whatever extent they were interested.

“A lot of people who are now called street style photographers never shoot anything that’s not right outside a fashion show.”

In 2005, thanks to the Internet and the rise of fast fashion and e-commerce, these walls were crumbling. Fashion was now for everyone, and street photography blogs, with their shots of stylish everyday people, provided a perfect gateway. Schuman’s eye was less clinical than Cunningham’s, and he travelled farther in search of inspiration. By publishing his work directly to the Internet, he was able to reach a much wider audience, too. “It was the right thing at the right moment,” recalls Schuman of his meteoric rise from part-time photographer to industry player. He travelled widely in search of subjects, less interested in who they wore than how they wore it. He found his muses in the sockless dandies of Milan, the artfully layered bike couriers of Manhattan, and grey-haired French men in scarves and tweed blazers. More than ever before, people were interested in fashion, and Schuman’s photos fuelled this fire. Designers, retailers, and brands took notice, too. 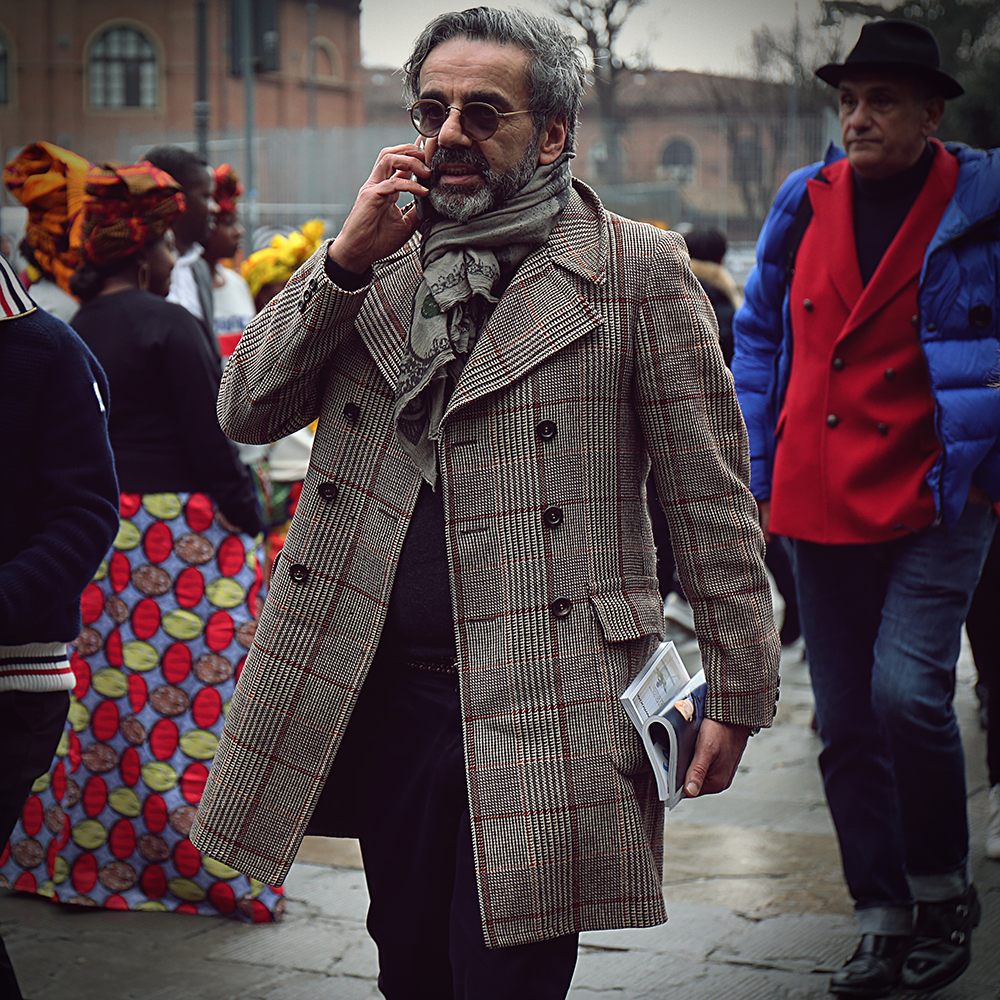 In those pre-Instagram days, it would have been hard to imagine how ubiquitous cameras would become, and how smartphones would turn photos into the biggest social currency of our day. A decade later, the role of street style photography is fundamentally different. Thanks to an unprecedented global interest in fashion, there are now more street style photographers and more people who follow their work, which is getting less and less adventurous. “I think what most people would call ‘street style’ is guys or girls going to fashion week and just shooting fashion week,” says Schuman. “A lot of people who are now called street style photographers never shoot anything that’s not right outside a fashion show.” 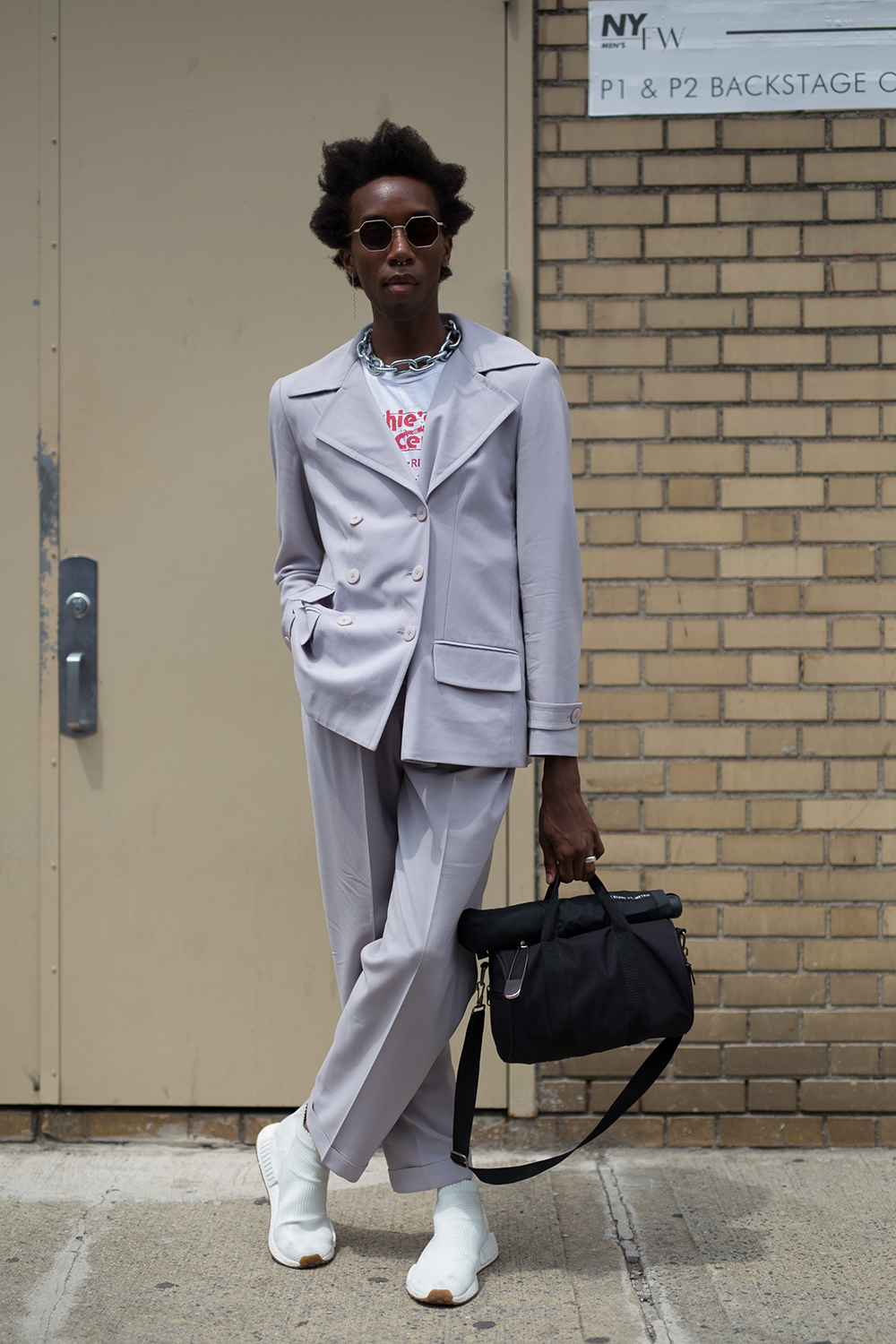 Just as the social media era has created an army of aspiring Sartorialists, it has also spawned a new kind of subject. In previous years, fashion shows were mostly the realm of journalists, industry insiders, and socialites. In the Age of the Influencer, however, the front rows of fashion shows (and the sidewalks in front of the venues) have become fertile ground for self-promotion. The ecosystem of bloggers, Instagram celebrities, and photographers outside the shows has begun to eclipse what’s going on inside. Instead of the point of view of the individual photographer, or a view into unusual style subcultures, increasingly important is the celebrity of the person being photographed. “It’s become about being seen and about how it’s going to play out on social media,” says Tommy Ton, the Toronto-born photographer who launched his influential street style blog Jak&Jil in 2005. “It’s more calculated, which is kind of frustrating,” he says, adding, “At the same time, I’m a product of social media, and without it I would not have the job that I have today.” 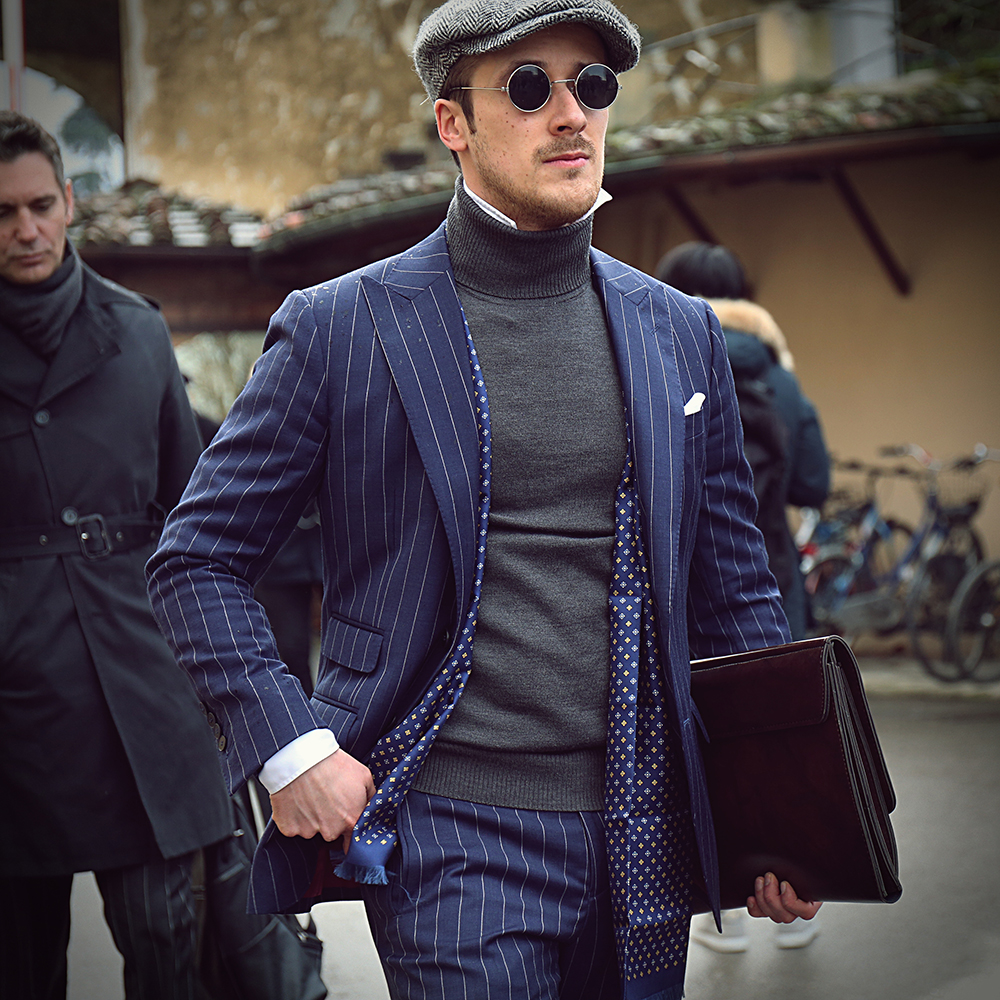 The lessons of street style photography are the same lessons you can glean from any good photograph — that life, slowed down or frozen completely, is often worth a second look. In 2014, Dutch photographer Hans Eijkelboom released People of the Twenty-First Century, a 500-page book of portraits representing decades of work in cities around the world. To create his images, Eijkelboom chose busy pedestrian streets and stood in place, surreptitiously photographing people as they passed him by. The results are placed in a large grid according to common elements: women in fluorescent tank tops, men in bright rugby shirts or dark, boxy suits. We are not, he suggests in grid after grid, as unique as we might think. While other photographers hunt for individuality (and increasingly struggle to find it) Eijkelboom does just the opposite. Rather than celebrating fashion, he asks questions about it — questions that don’t always make you want to go out and buy something. 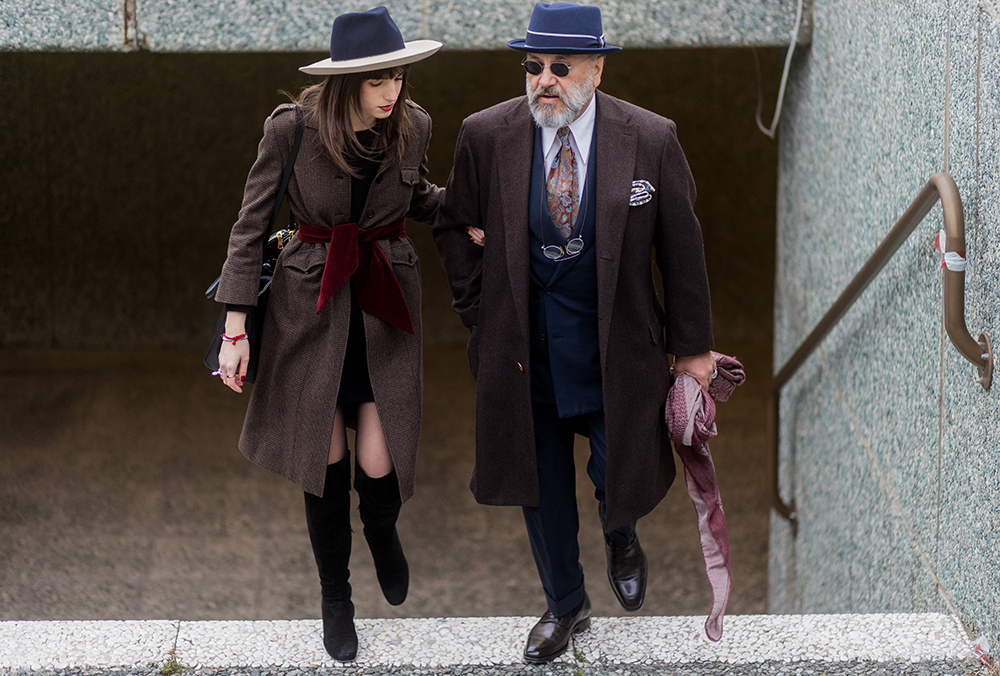 In that sense, street style photography is now a victim of its own success. What was a novelty 20 years ago is now an industry. People in cities from Mumbai to Montreal have taken the style lessons offered by Shoichi Aoki, Scott Schuman, and Tommy Ton to heart, and filled their wardrobes with tailored blazers and minimalist sneakers. Thanks to these photographs and the new global fashion culture they helped to create, the plazas of Pitti Uomo and streets of Tokyo have never been easier to access. Thanks to these photographers, too, we live in a much more fashion-conscious world than ever before. There may not be any more cool kids in Harajuku, but there’s no shortage everywhere else. Whether or not that’s a good thing depends, perhaps, on which side of the lens you’re on.

The 63 Most Fearless Street Style Looks at Pitti Uomo 94

If You’re Going to Buy an Off-the-Rack Suit, Buy This One

Hot Take: This Was the Best-Dressed Man at the Royal Wedding