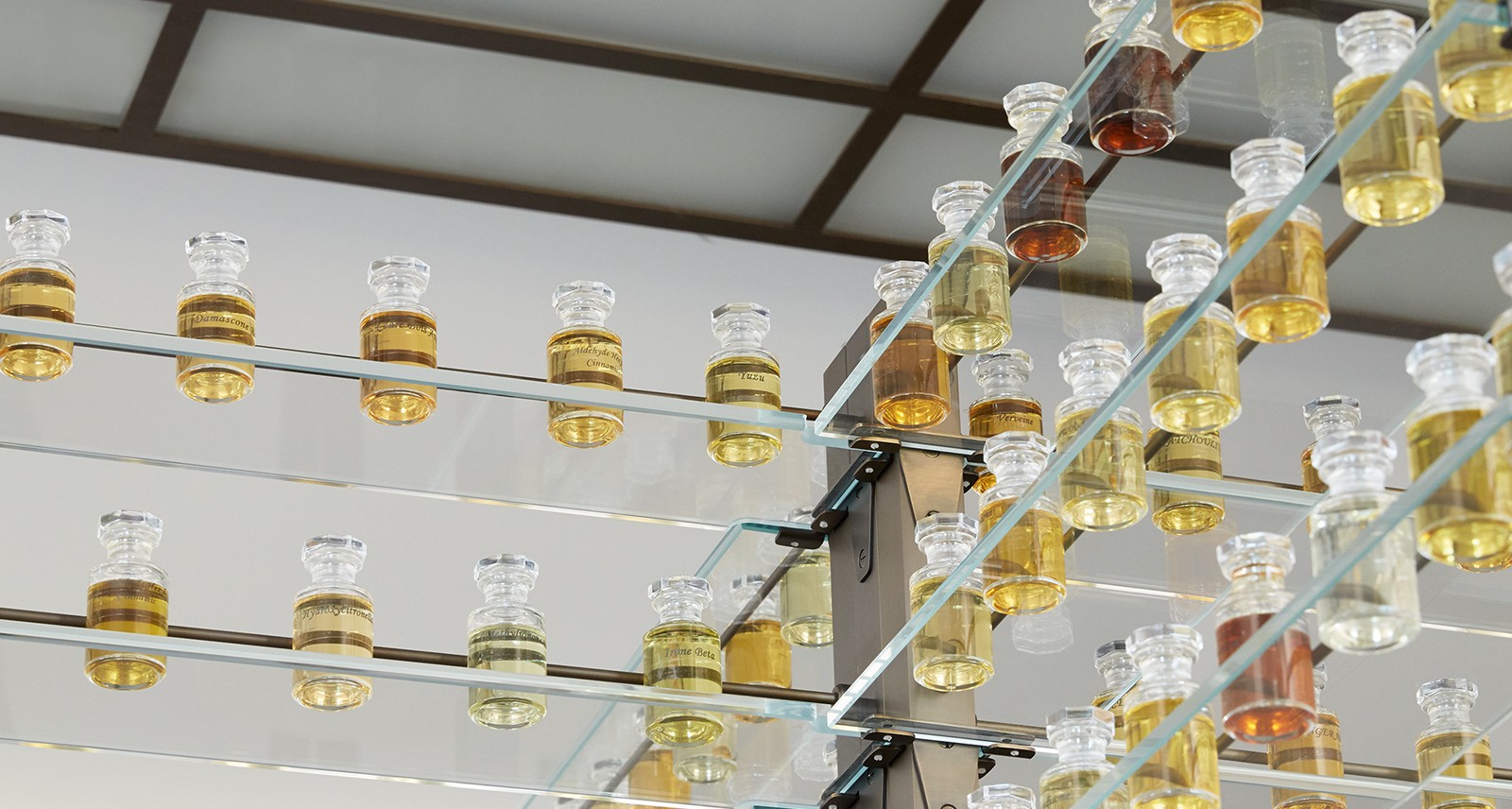 You can smell the town of Grasse before you see it. Coming at it from the airport in Nice, you approach from sea level up perilous roads curtained by rows of olive trees and high stone walls. You can’t entirely see where you’re going, but you know you’re headed in the right direction when the jasmine penetrates the car windows. It’s unmistakable.

Little wonder, then, that Grasse is the epicentre of the fragrance world. Little wonder, too, that growing up in a place like this might give you a passion for all things olfactory. “In Grasse, it’s natural to make perfume,” says Jacques Cavallier-Belletrud, Maître Parfumeur at Louis Vuitton and a native of the city. “My mother and father met in a perfume laboratory, and I chose to be a perfumer when I was seven.”

In fact, Cavallier-Belletrud grew up steps from his current office. “I couldn’t imagine that one day I’d be working here,” he says. It took some 25 years of globe-trotting, but he has returned to Grasse at the helm of Louis Vuitton’s fragrance operation. And this year, Cavallier-Belletrud and his team launched the brand’s first-ever perfumes for men — a suite of five scents that distill his lifetime of experiences into bottles. 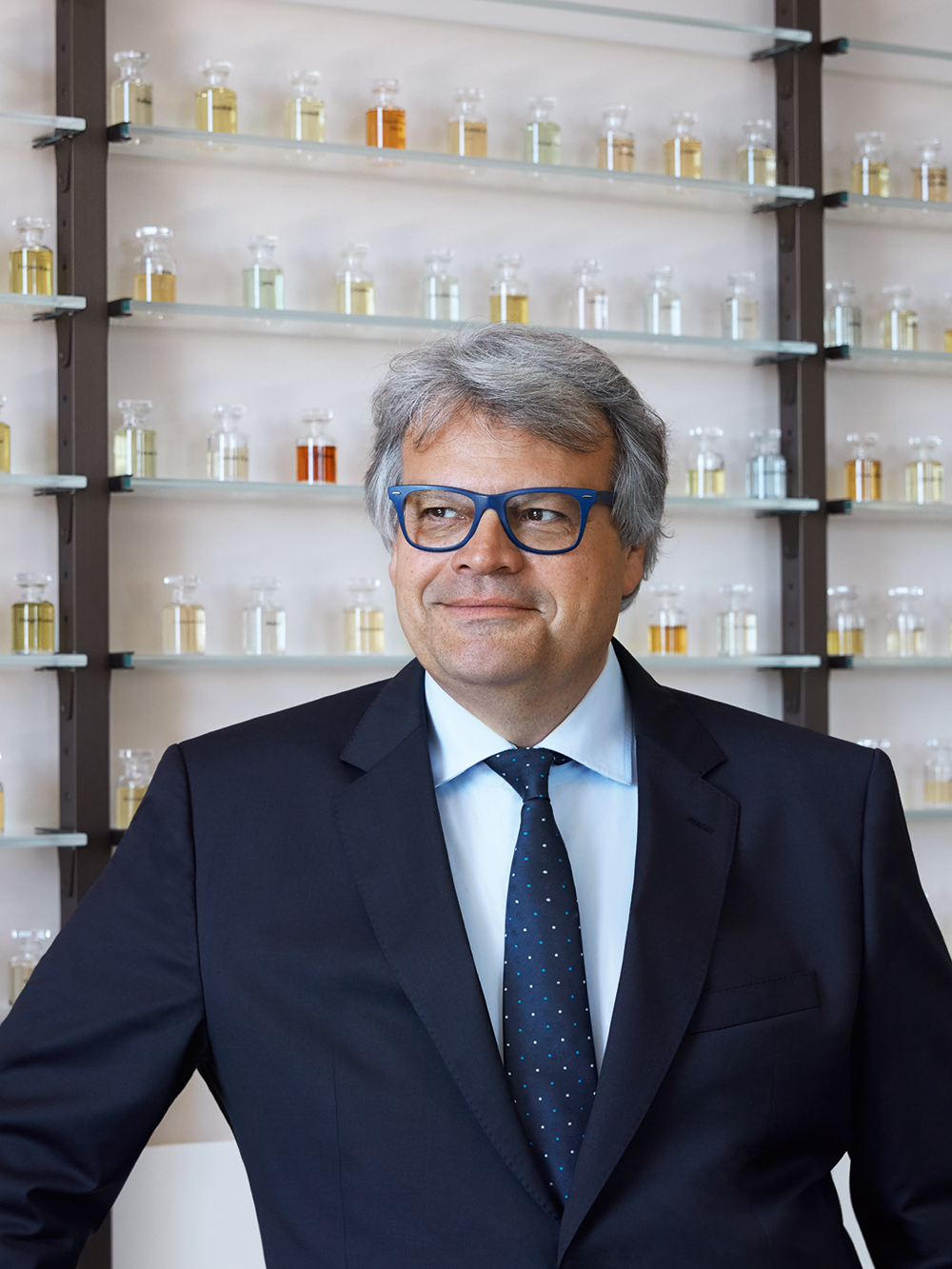 “Perfume is first an idea,” he says. “It’s a smell in my head. It’s colours and images. Part of my job comes from the left part of my brain. And on the right part, I have my library of smells that I’ve experienced over the years.”

To that end, each of the five new scents is an attempt at tapping into a different set of emotions, of telling one of Cavallier-Belletrud’s many stories. They include L’Immensité, a citrus-forward, amber-driven fragrance that’s incredibly fresh; Nouveau Monde, an oud-based scent distilled with cocoa and saffron; Orage, a sophisticated take on patchouli; Sur la Route, a seductive mix of bergamot, Sicilian citron, and balsam; and Au Hasard, an intriguing mix of sandalwood and cardamom.

“I have felt for many years that smell has no sex. Now, men are looking for more exceptional things.”

For Cavallier-Belletrud and his team, which includes an assistant and an apprentice (who happens to be his 18-year-old daughter), arriving at these five new perfumes took years of experimentation. They sifted through the more than 3,000 materials stored in the atelier, reworking the formulas sometimes hundreds of times. “Perfume is the most abstract thing we sell in our stores,” he says. “I am digging to the most secret part of your personality. The difficulty is to make popular perfumes shared by a large number of people that have a different story.”

What really sets this new collection apart from other men’s fragrances is that they are all true perfumes: highly concentrated scents more in line with those traditionally marketed to women. And that, for Cavallier-Belletrud, is what makes them so exciting.

“I have felt for many years that smell has no sex,” he says. “Now, men are looking for more exceptional things. It’s time to propose to men real perfume — fragrances that women would love to smell on us. That has been my fantasy since the beginning.” After all, he’s been fantasizing about fragrances since he was a toddler. It’s in his blood. Heck, you can practically smell it on him.

If You’re Going to Buy an Off-the-Rack Suit, Buy This One

Hot Take: This Was the Best-Dressed Man at the Royal Wedding

Orange Is the Hottest Colour in Menswear Right Now. (No, We Didn't Stutter.)