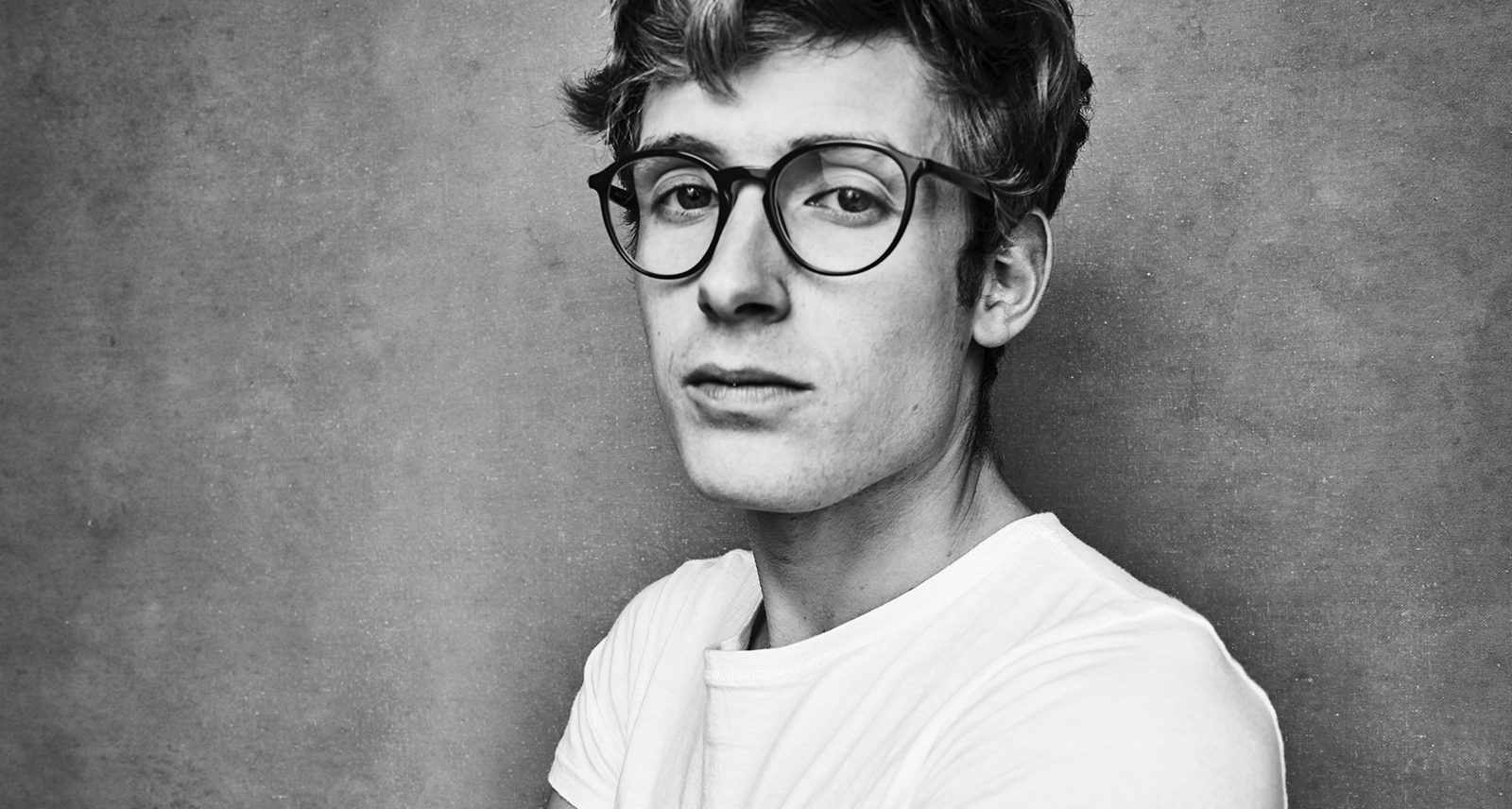 Daniel David Stewart is on one hell of a ride. Not many young actors get to play iconic literary characters, or star opposite George Clooney, or shoot at exotic Italian locales. Right now, Stewart is crushing his bucket list. The 22-year-old’s career spans both stage (The Band’s Visit, Spring Awakening) and screen (Kids Vs. Monsters) but it’s his starring role as Milo Minderbinder in Hulu’s upcoming adaption of Joseph Heller’s classic dystopian novel Catch-22 (which premieres today) that will bring him centre stage. Here, we talk adapting iconic literature, the actor as socialist activist, and, hey, why not, Game of Thrones.

So first off, how does it feel adapting a iconic literary work like Catch-22? It’s one of those books that everyone reads in high school, or at least knows someone who’s read it.

Oh, I think it can be incredibly daunting. I don’t envy the task of George [Clooney], Grant [Heslov], and everyone behind the scenes. It’s so beloved among those circles of people. I really do feel it’s one of those things that’s impossible to do a technically faithful rendition of. I mean a word for word, scene for scene adaptation would be impossible to watch or great to watch in a crazy-hot-mess sort of way…. What’s so tough about any adaptation is you’re never going to please everybody. There is a feeling of wanting to honour it, especially as Milo, who this big metaphor that people respond to. There was a sense of, “Oh, I hope people enjoy my thoughts on who this guy is.” Well, I really liked it. You mention working with George and Hugh Laurie and Kyle Chandler, these titans of the last couple decades of film and TV. What was it like working with them? Any funny stories?

Oh gosh, I mean that was such a dream come true. I watched so much Housegrowing up with my parents and a bit of Fry and Laurie. On my first day I had to do a scene with him. So here’s your first big role and you have to talk at Hugh Laurie for 5 to 10 minutes. Go! In terms of stories, I don’t have anything juicy for you. They were just lovely experiences. I love how George handled himself, kind of breaking down the walls. He made people incredibly comfortable. Working with George Clooney can be incredibly daunting — he’s a stalwart of the industry, and it’s hard not to have that energy around him. There was this moment when we were all on a bar boat together. My girlfriend was there. It was surreal in and of itself because I had been broke and working in a mall four months before that. There was this moment where Kyle was spread eagled in  the water and we swam out to get drinks and ice cream cones and lay these rocks in the Mediterranean. It was a moment where I was overwhelmed and was just like, what even is my life?

George is a huge advocate for social causes. Looking at your Twitter, it seems so are you.  What role do you think actors should play in advocating for, you know, social causes and charities and stuff?

I’ve never been asked that question before! Look, obviously our world is in desperate need of help in so many ways right now and there are people who are like, “Oh stay in our lane, don’t talk about politics” or whatever, but there is a way to handle yourself with kindness and humility and knowing that you don’t know everything. I don’t envy any politician or anyone who is in a position of power where they have to  make decisions based on so many lives and all that. All you can really do is try to be a figurehead for love and acceptance and not hate.  I think that’s something that George did so well recently, [speaking out about] the Sultan of Brunei. And now they’re taking away the [death penalty] for the gay people of Brunei. That’s how your voice can have an actual, physical impact on the world around you. Sort of what Catch-22 is about is checking those in power, especially those looking for the advancement of status instead of looking out for the needs of the men actually fighting on the ground. I think we live in a country that its okay to speak out against those things and that’s why this country was made in the first place. I also noticed on your Twitter that you’re a Game of Thrones fan.

Yeah, I totally am. My girlfriend didn’t watch it, but then I got her to watch a 16-minute recap video and now me and her are watching the last season. You see some people are having fun with it, like the Mystery Science Theater 3000 people. This season more than ever it really works well, because it feels very soapy in a really fun way.

You’ve transitioned between stage to screen in your career. Is it hard going back and forth?

Well. there are so many great theatre actors that are also great film actors. My favourite actor who is still living, because Phillip Seymour Hoffman passed away, is Mark Rylance. He’s one of the best theatre actors in the world but can then transition to film and be so small and minuscule. I think people have this idea that theatre acting is really big and campy. It’s like, no, there’s actually a difference how far you have to send it. It’s the same intention you have in a tiny, whispered scene on film — you just have to send it with a bit more force on stage so that an audience of a thousand people can hear you and the other person on stage feels the energy.