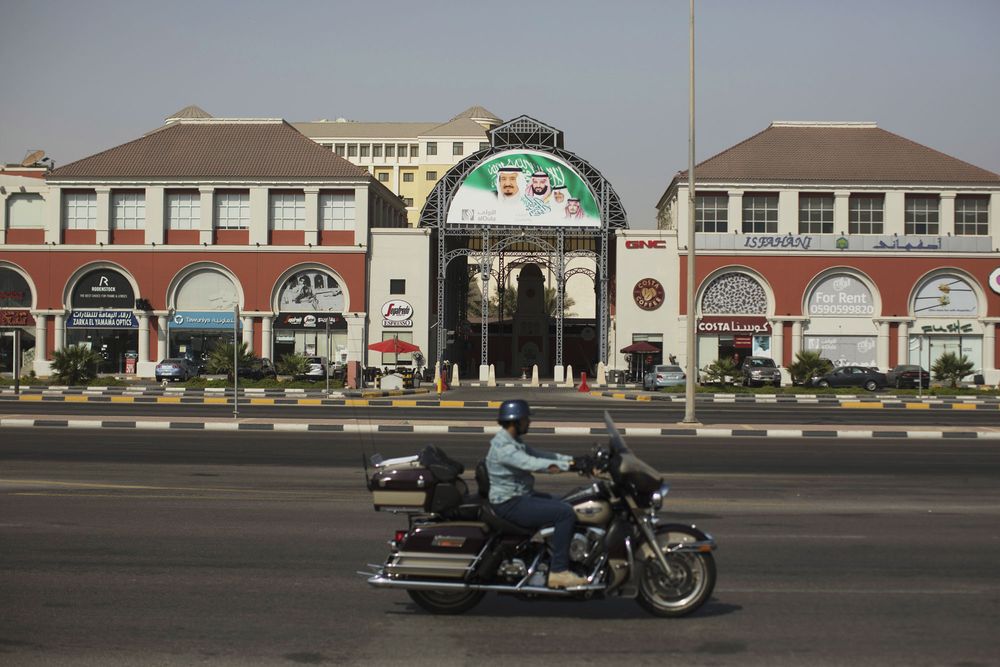 Saudi Arabia approved a program that offers permanent residency for some foreigners to attract investments, the latest sign of how the quest for non-oil revenue is prompting Gulf Arab countries to rethink the role of expats in their societies.

Under the law, which allows foreigners to own property, those eligible can apply for an indefinite stay or a one-year renewable residency, according to the official Saudi Press Agency. The government will detail the program’s rules within 90 days after the cabinet gave its final approval on Wednesday.

Saudi Arabia is “opening up for investors and skilled professionals,” Economy Minister Mohammed Al-Tuwaijri said in a statement. “This ensures that residents and expatriates -- including those who have lived in the kingdom for decades -- are an active part of Saudi Arabia’s economy. This will strengthen the state’s revenue and robustly support the Saudi economy.”

The announcement is a landmark move in a region where many expats are subject to some of the world’s most restrictive residency rules, including the need for a local sponsor and permission to leave the country. The United Arab Emirates approved a plan to allow wealthy foreigners to apply for a 10-year stay, while Qatar passed a law that would grant some permanent residencies.

The Saudi move’s biggest beneficiaries will be thousands of wealthy Arabs, some of whom resided in the kingdom for decades “without being able to as much as own the homes they live in,” said Mazen Al-Sudairi, head of research at Al Rajhi Capital.

The idea for a long-term Saudi residency program was first floated in 2016 by Crown Prince Mohammed bin Salman as a part of his plan to reduce the economy’s reliance on oil and boost foreign direct investment. At the time, the prince estimated that the program would generate about $10 billion in annual revenue by 2020.

Al-Tuwaijri, the economy minister, said the plan would benefit “multinational corporations, both those operating in the kingdom or those that want to enter the market.”

Millions of expats have greased the wheels of Gulf economies for decades as nationals flocked to high-paying government jobs and enjoyed generous state benefits. Yet the idea of allowing them to lay roots has been sometimes viewed as a threat to national identities in debates that echo current anti-immigration rhetoric in the West.

Official statements and info-graphics released on Wednesday emphasized that the decision would also help create jobs for citizens.

There are more than 12 million foreigners in Saudi Arabia, according to official statistics -- over a third of the total population. Requirements for the residency include that the applicant have sufficient funds and pay a so-far unspecified fee, according to local media.

“The special residency is for doctors, engineers, innovators, investors and residents who contribute to the development of Saudi Arabia and lead to a prosperous future,” said Lina Almaeena, a member of the consultative Shura Council. The appointed body approved the program last week, with 76 members voting in favor and 55 against.

While Saudi Arabia is seeking to encourage the affluent to stay, monthly fees imposed on foreign workers and their families, along with sluggish economic growth, have prompted hundreds of thousands to leave the country. The levy is designed to encourage private businesses to hire Saudi nationals.

The system is a “step in the right direction” but not a “permanent solution,” said Nasser Saidi, president of Nasser Saidi & Associates and former chief economist at the Dubai International Financial Centre.

“If you really want to move forward and innovate, the whole sponsorship system needs to be abolished,” he said. “Only then you’ll have a truly dynamic economy and people would want to invest in the country instead of sending their money back home.”

Still, even the more limited permanent residency system is likely to be controversial among Saudis at a time when citizen unemployment is at 12.7% and xenophobia is not uncommon. Slogans like “Saudi is for Saudis” are common on social media, and a recent opinion piece in a Saudi newspaper argued that the kingdom could deport all its Lebanese residents without consequence.

“Despite the benefits of the special residency system, some are fearful of it, and that it could be exploited in a way that affects the stability of Saudi businesses,” Saudi economist Ahmed Al Shehri said on Twitter.

Sam Rockwell Is the Hardest-Dancing Man in Show Business