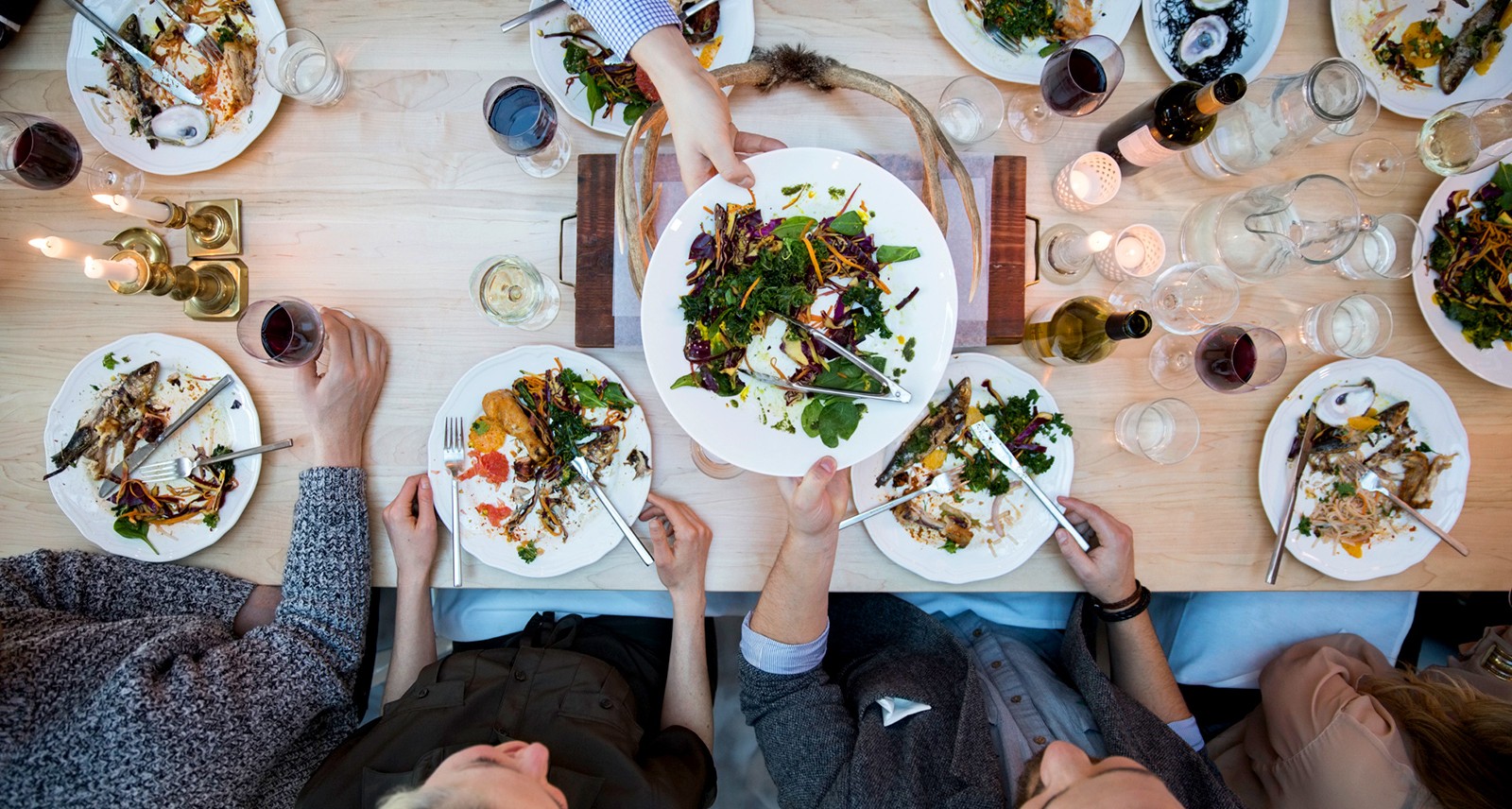 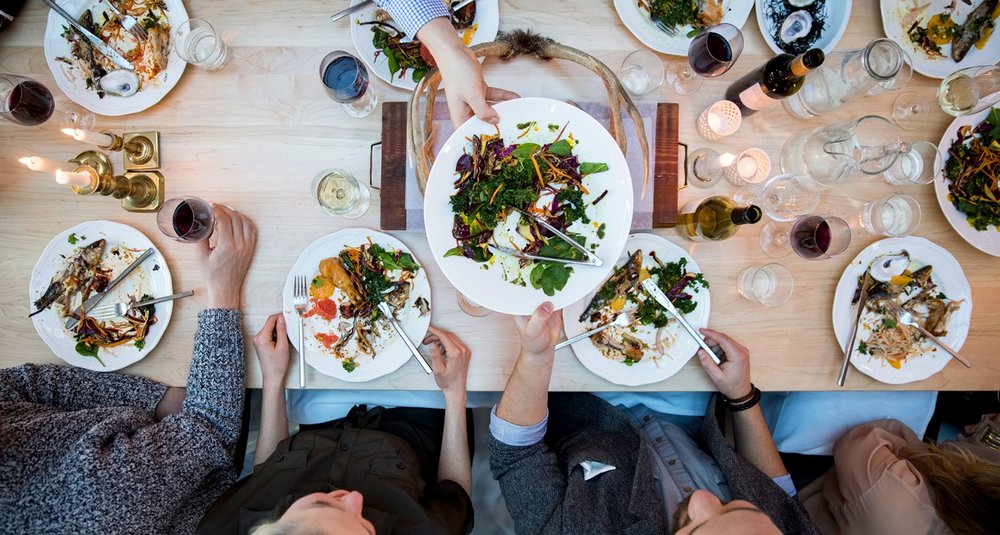 As I enter True True, a pizza restaurant on the edge of Toronto’s bustling financial district, I spot them bathed in the bright incandescent light of trendy Edison bulbs: a table of individuals chatting away, lost in conversation. One makes eye contact with my searching gaze and offers up a sheepish wave. I’ve never seen her in my life. Not entirely sure if it’s directed at me, I return the gesture and make my way over.

I set down my briefcase, pull into the bench and sit down. The conversation stops. All eyes on me.

“Hey, how are you?” asks our host, warmly. The voice belongs to David King, the entrepreneur and instigator who put me in this predicament. I’d met him earlier in the week to talk about what the night’s festivities had in store for us.

King is the founder of RNDMDNR (pronounced “Random Dinner”). Half social experiment and half culinary adventure, it’s an initiative that places groups of strangers together at a restaurant table in the hopes of stoking authentic connections over the seemingly lost art of conversation — the kind of connection often missing from the cold networking events or dating apps that city dwellers are accustomed to.

I’ve found myself at a table composed entirely of complete strangers.

Currently, those inclined can sign up online for a handful of weekly dinners set in various restaurants around Toronto, ranging from casual sit-downs like this one to pricier joints known for long waitlists. King plans to expand the concept to include shared experiences, like axe throwing and trivia nights.

Naturally, RNDMDNR has struck a chord with people who aren’t as social as they’d like to be, says King, particularly those attuned to the nine-to-five grind. The project also attracts social butterflies whose friends may not like to go out as much as they do, as well as individuals who want to expand their social horizons beyond the usual circle of work friends.

What inspired RNDMDNR, King recounts, was serendipity. A busy creative in the marketing field, King found himself sharing coffee with several potential connections every week. To spice things up, he streamlined several introductions into one cohesive dinner date, to great success. After two years of privately organizing meetings, King opened the idea to the public, and RNDMDNR was born.

Menus are being passed around as the rest of our merry band find their seats. We total eight, including King (my journalistic intrusion pushes the numbers up from the typical group of six). All equally clueless to the identities of our dining partners, it was surprisingly easy to jump into small talk without too much anxiety. After all, we had nothing to lose.

King grins as he listens to us cover the usual bases — what do you do, where are you from — before taking over to guide the conversation to greener, more meaningful pastures. His line of questioning is designed to keep the experience flowing smoothly and free of awkward silences. Subtler ways the dinner encourages conviviality include shared appetizers and cocktails, which give King’s guests a communal topic of discussion.

In the ensuing conversation, I learn that the talkative woman to my left is an articling student at what sounds like a high-powered law firm (she would later take over King’s role as de facto inquisitor for our half of the table).

Across from me sits a commercial airline pilot of 25 years. I can’t help but ask her if she snaps selfies from the cockpit. (She does. They’re awesome.)

In the middle sits a young animal lover who had scored her first job out of school earlier the very same day. She gives me several excellent recommendations for gluten-free restaurants in Toronto’s west end.

Then one discloses that she was divorced. A few us talk about living with anxiety and our mental health. We discuss finances and investment. These aren’t your typical topics when it comes to first meetings — and that is what made this brief encounter special.

Together, we form a veritable cross-section of Toronto’s socioeconomic classes, perspectives and lived experiences. That’s when it hits me: this is what it’s all about. I look around the table and see a group of diverse individuals — individuals who would never have met, let alone shared a meal an hour earlier — talking like old friends while chowing down on pizza, Boylan Soda and beer.

After finishing up our meals and exchanging social media information, I leave feeling exhilarated and refreshed, like my social palette has been cleansed. I feel a new appreciation for conversation. I’m excited to meet new people; hell, I’m excited to catch up with my own friends.

You see, before I went in, King had armed me with a piece of advice. He told me to come in without any expectations — too often we head into meet-ups and dates hoping to get something out of the situation (or simply to hook up). If our expectations aren’t met, we head home disappointed.

In the case of RNDMDNR, coming without a plan helps you open up to strangers, have a meaningful conversation and enjoy the novelty of it all. There’s a bit of freedom in semi-anonymity. “We can be friends, we don’t have to be friends,” says King. “But the dinner itself is a valuable experience, and the conversation is a value in itself.”

And if you don’t walk away with any of the above? Well, at least you’ll have had a great dinner, laughs King.