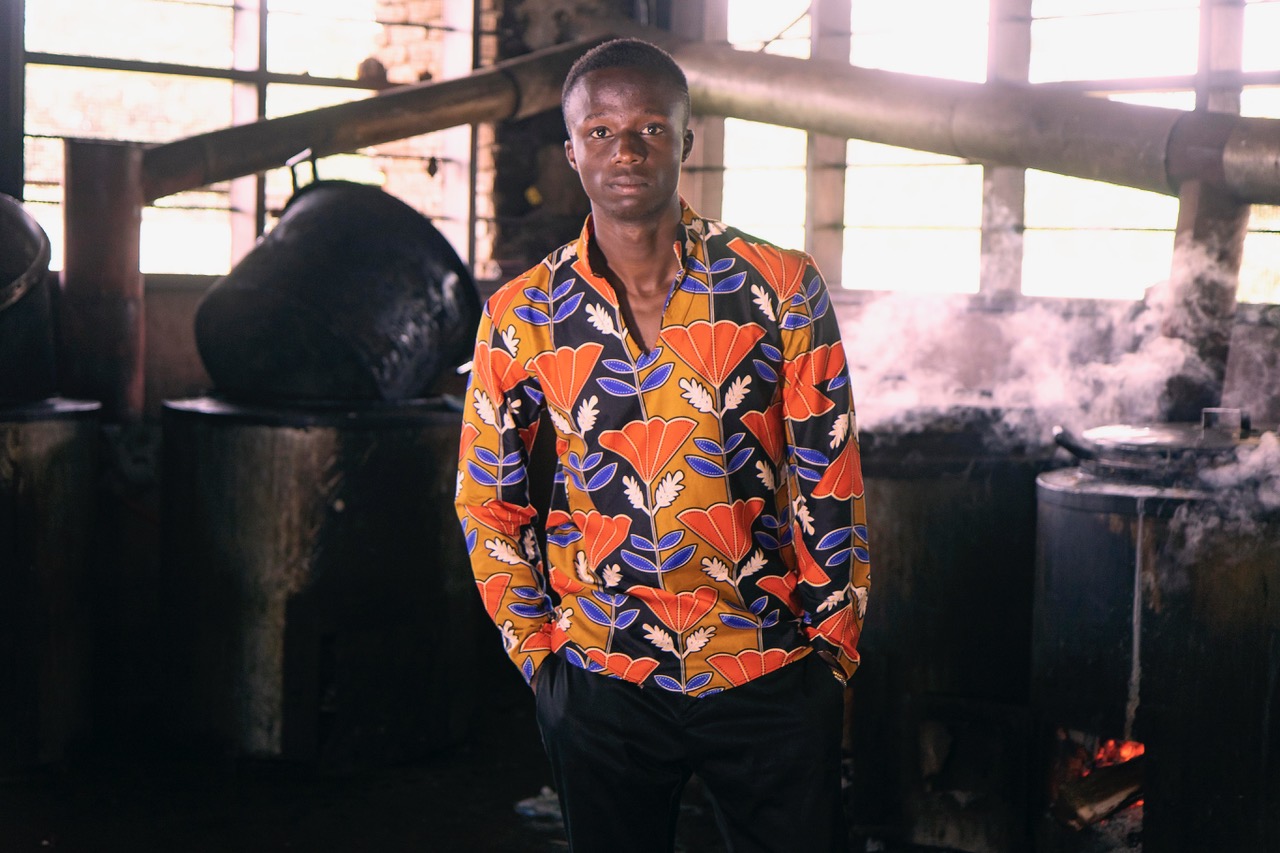 Men of style are born, not made. Perhaps their mama has some influence, but even the poorest can dream of creating their own style. 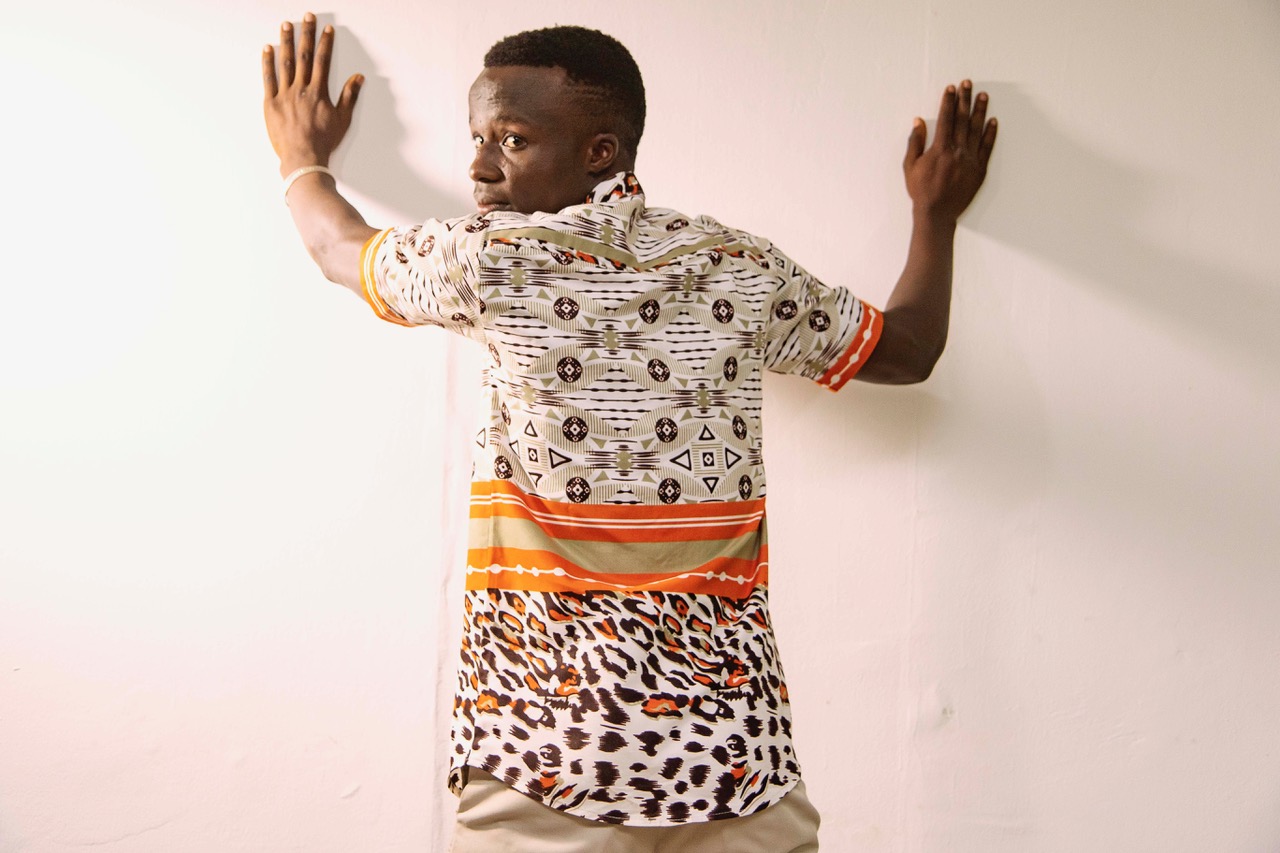 Poverty does not come from a lack of style, or intelligence, or ambition, as Tanzanian Godwin Silayo demonstrates in his everyday life. Born into poverty, this model of panache not only designs his own clothes, but also in July, begins the education year in New York’s prestigious University of Rochester.

“My mother would take me to the market place to buy second-hand clothes, which were all we could afford, but she chose each piece with care, explaining to me why a certain shape or colour would not go with others, showing me how to put together our simple purchases to mask our situation,” Godwin says. 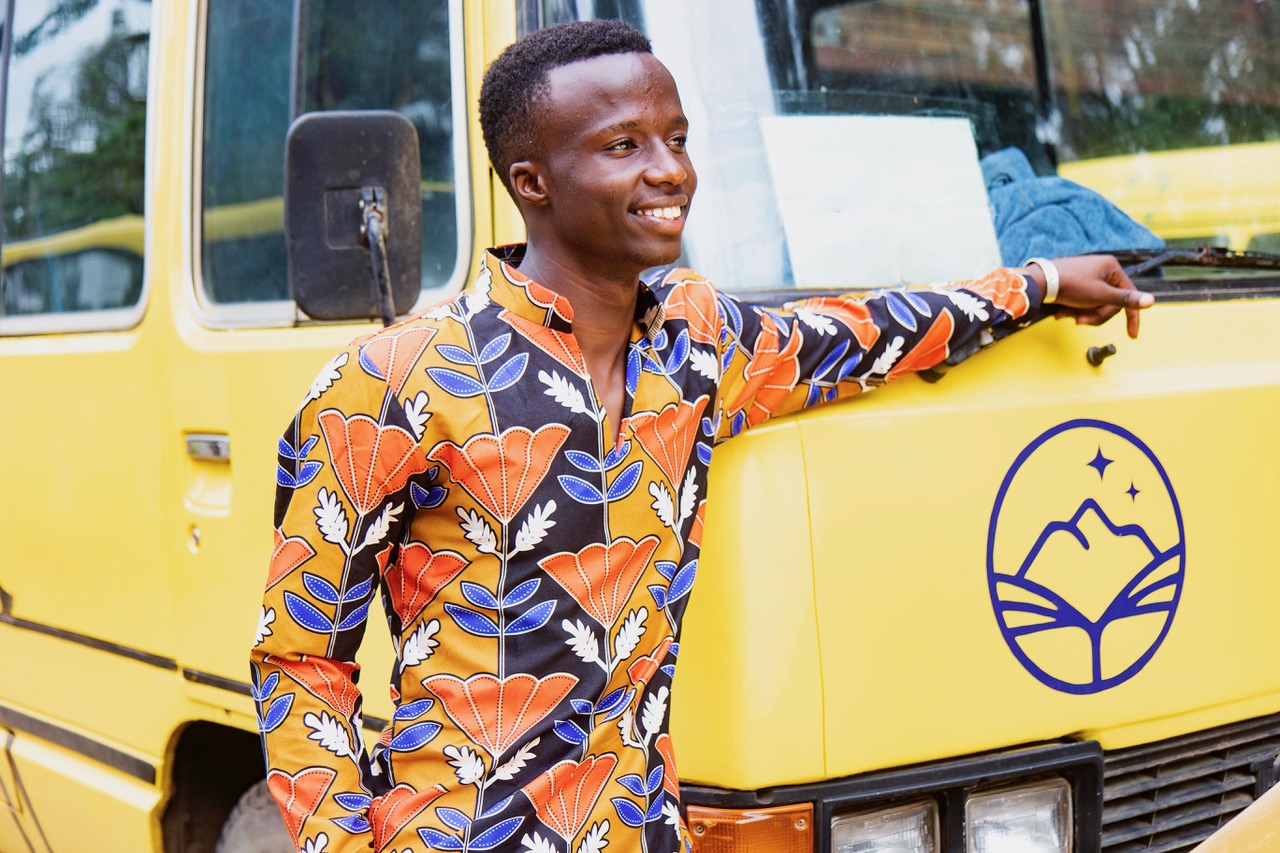 “As I grew older, I went to the market alone and began to create my own style, taking the colours and designs of my country to create something new, not common, but unique to myself.”

Simultaneously with his development of image, Godwin’s mama was instilling in him the importance of education. She told me “I don’t have the money to buy you things, but I will do whatever I can to give you a good education.” She constantly motivated him to do his best and “I realized that this was the key to getting out of poverty,” he said.

Godwin comes from a single-parent family. His father left when he was little, leaving his mother to raise him and his sister alone. During his childhood, he lived in a one-room mud house, his mother struggling to make ends meet to pay for food, clothes and the fees to keep Godwin in school. 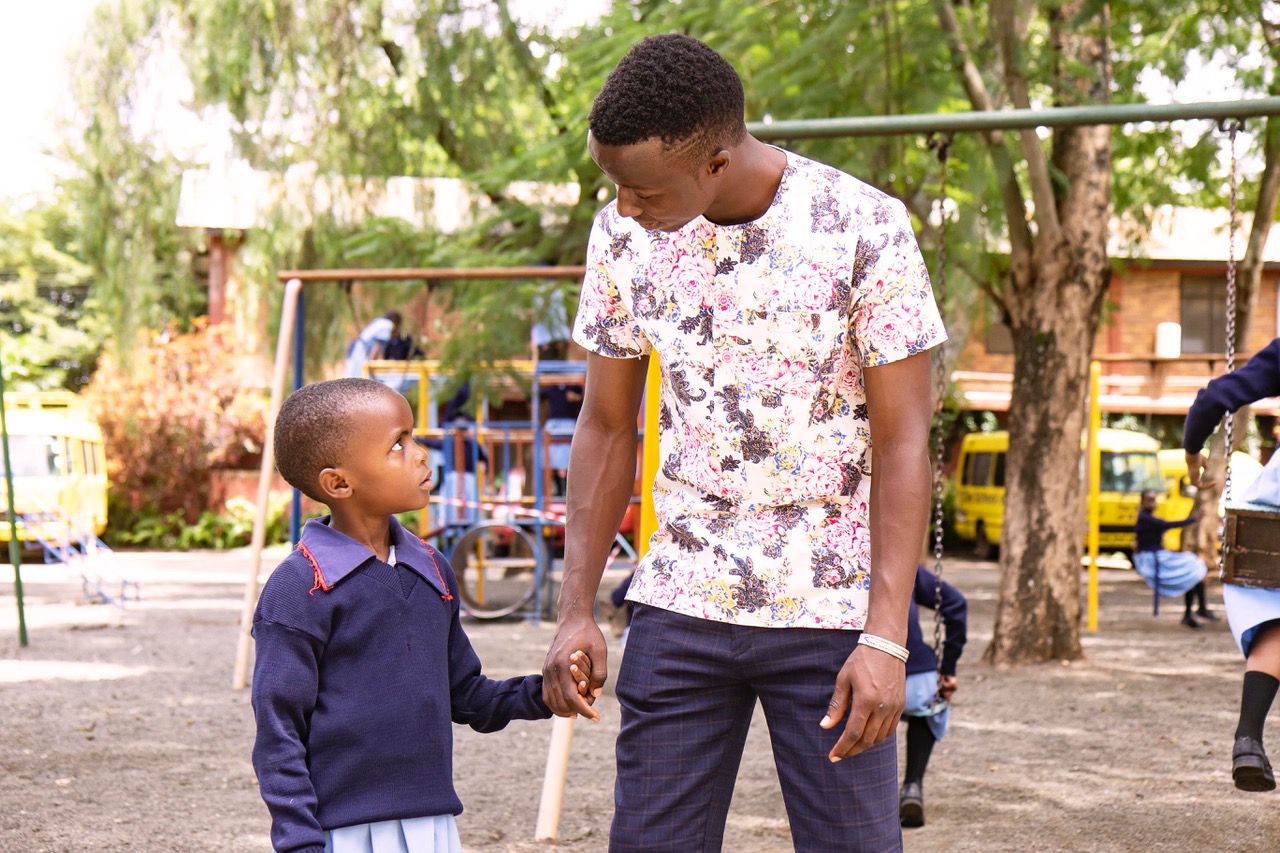 When he did very well in the primary school exams, The School of St Jude invited him and 1,000 other young high performers to compete for 25 scholarships. Thousands of students apply to the school every year; they have to pass entrance exams and undergo a poverty assessment. Competition is intense as Tanzania has more than 16,000 primary schools, but less than 5,000 secondary schools.

More than a decade since his arrival at St Jude’s, with incredible resilience and ambition and the benefits of good resources and a quality education, Godwin has not only topped classes, but, like many of his fellow graduates has also been a volunteer teacher at an under-resourced local government school. He has now successfully earned a full scholarship from the MasterCard Foundation, to do a double Bachelor’s degree in electrical engineering and computer engineering.

First, following an invitation from St Jude’s Founder, Gemma Sisia, Godwin has recently completed a whirlwind speaking tour to Australia and the UAE. At every engagement, he wore one of his own designs, tailor-made to showcase his country’s unique kitenge fabric.

“I wanted to wear something that represented our culture, but my own style. I like collar-less shirts, so using the idea of the priest’s collar, I restyled it to suit my taste.”

“However, the importance of sharing my story is to let supporters of St Jude’s know that sponsoring academic scholarships is really worth it and it’s giving young people an opportunity,” he said. 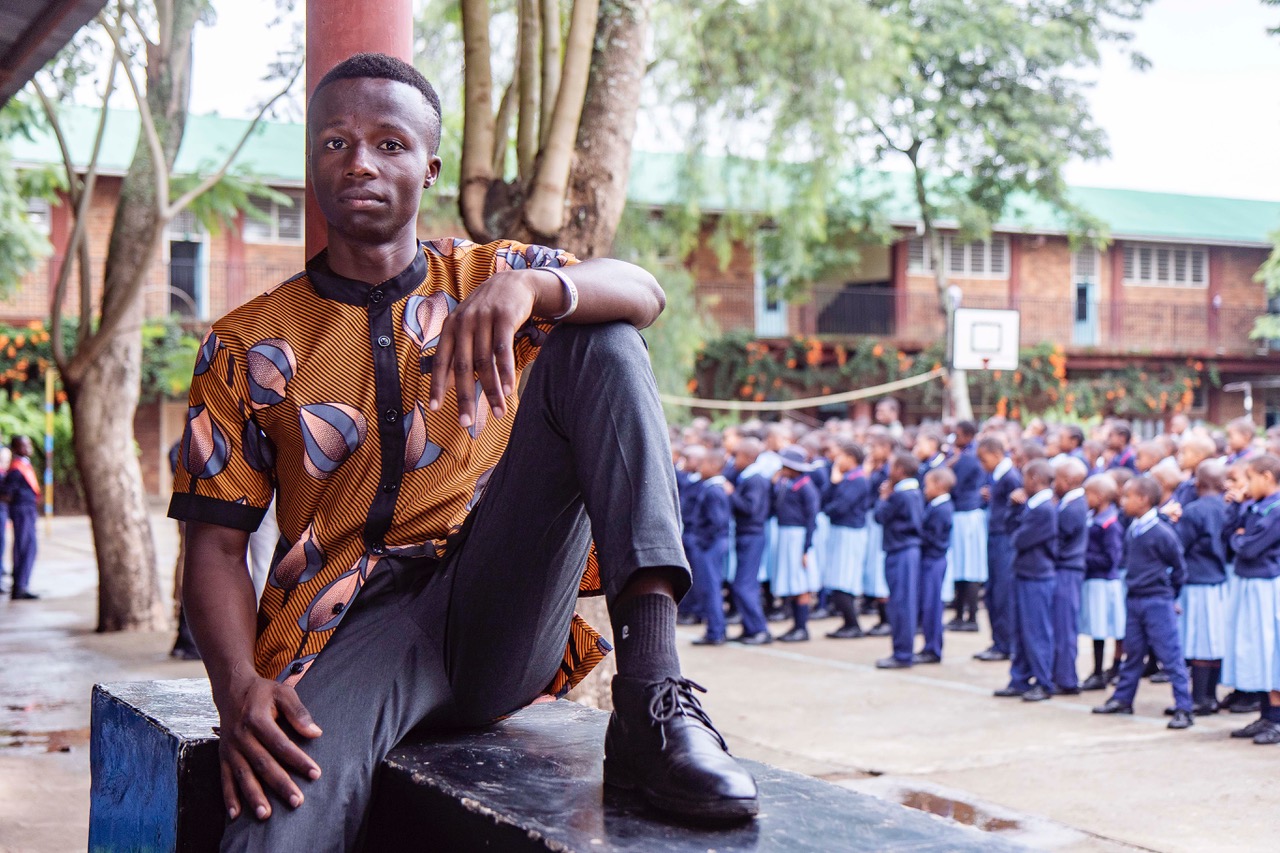 Godwin was representing all 1,800 students at the school and the hundreds of graduates being supported in higher education and he doesn’t take that responsibility lightly. They, like him, are from poor backgrounds but very clever and see their free education at St Jude’s as a chance to make the most of every opportunity they are given.

“Poverty doesn’t reduce what a person is inside, so supporting a student at a school like St Jude’s, enables those with skills to use them for the good of their families and communities.”

“This education is more than education, because it opens new doors in our lives. You ignite the flame, that fire will start bigger fires, and one day it is going to be one huge fire. Whatever you can do for a person who is less privileged is really worthy, as that person will eventually be able to do something great to help their community.”

He is a shining example of just that. Having never experienced electricity at home, (Godwin studied by candlelight or kerosene lamp) he decided in 2015, when he topped the school in maths, that this was a subject he could apply to help others like himself.

“I tossed up between electrical engineering and civil engineering, but decided that after experiencing the benefits of electricity when I entered the St Jude’s boarding school, that everyone in Tanzania should be able to have a constant supply. There is much that needs to be done on infrastructure and advancement in this field and one day, I will help to do that.

“Boarding at St Jude’s has actually been like a paradise to me," Godwin said. "I had so many things there: three meals a day, enough teachers, and then English resources. I even had my own bed ! It was such a privilege for me to have them." 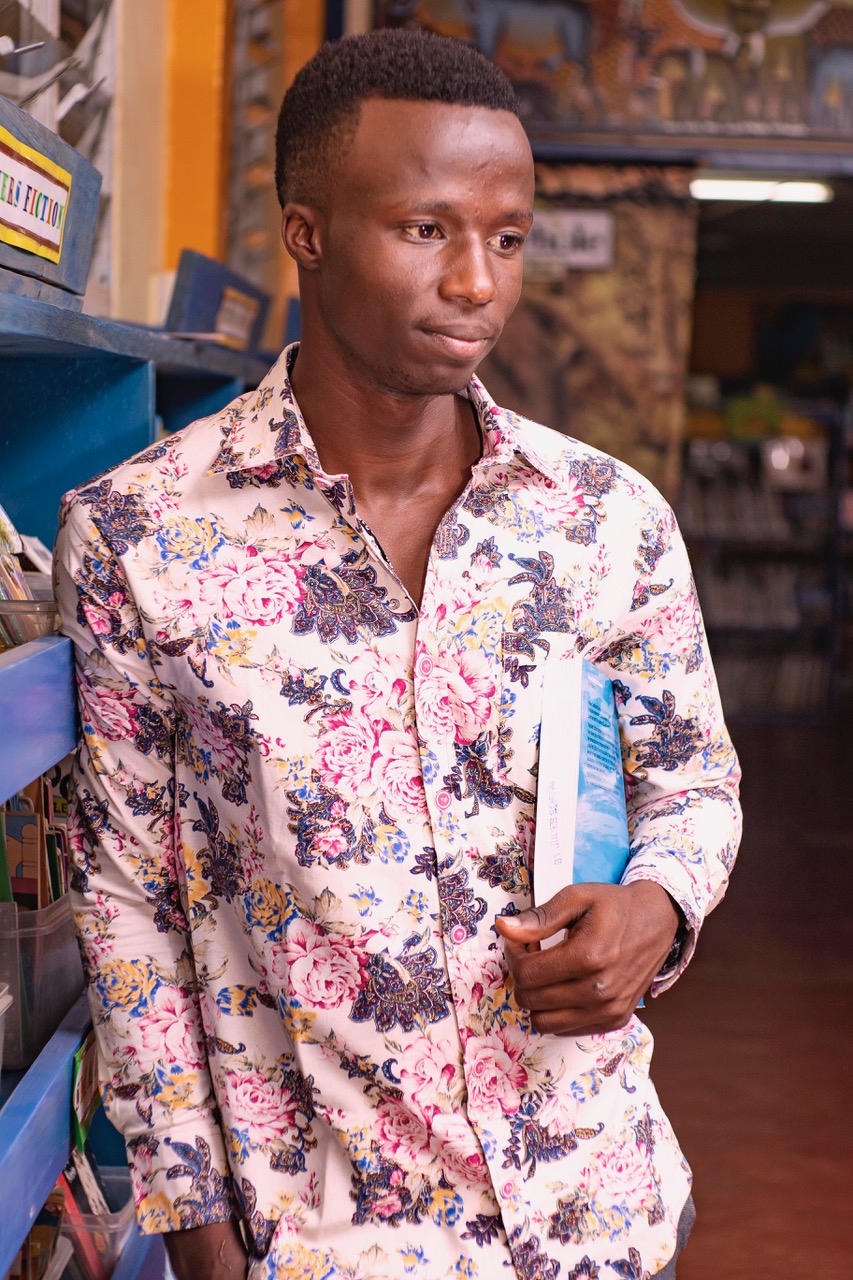 “My mum is really proud, she never thought her son would come this far. She didn’t have the chance to continue after primary school but she knew what an education could do for my future,” Godwin said, so while he is studying, he also hopes to be able to find some part-time employment to help her back home.

Perhaps, this man of style will use the time to bring his own distinct brand to the New York fashion scene. Perhaps, in return, men of style and substance everywhere, will also be worthy men of culture and support those held back by poverty, to escape.

Emotions In Motion According to Behnoode

10 Ways to Master the Fine Art of Spring Layering

The Quarterly Is the Subscription Service Every Sartorially-Minded Man Needs

A celebration of indulgent self-expression

These Were the Best-Dressed Men at the 91st Academy Awards