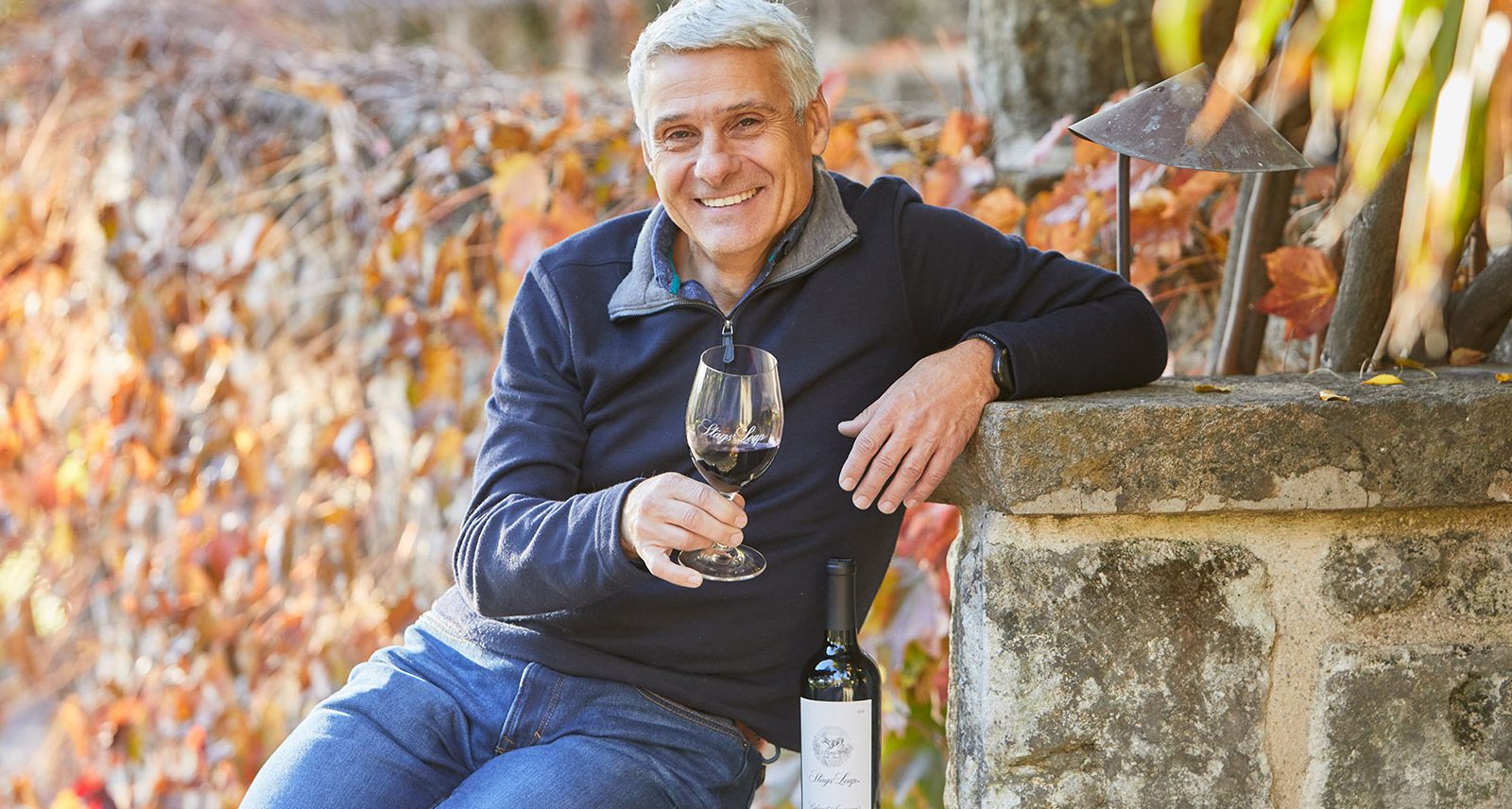 After working all around the world at wineries in Chile, Spain and, of course, Bordeaux, where he grew up, Christophe Paubert has spent the past decade as head winemaker at Napa Valley’s legendary Stags’ Leap Winery. Nestled in between the Vaca Mountains and the Napa River, the Stags Leap District is a unique parcel of land that enjoys both volcanic soils and clay deposits, which is why it was the first viticultural area in the United States to be granted an appellation based on its terroir. The winery, tucked away in a valley about a mile back from the Silverado Trail, is a veritable oasis of serenity. When people ask him if he likes it in Napa, Paubert has a standard answer: “Well, I’m still here, so that’s a sign.”

Stags’ Leap Cabernet Sauvignon helped put California on the wine map. How important is it to the winery and to California, now that you’ve received such acclaim for your delicious Merlot, Chardonnay, and Petite Sirah?

Cabernet is still the most important wine coming out of Stags’ Leap. That’s the core of who we are and everything we do. What is it about this microclimate that makes it possible to make so many great wines, including the world-class Cabernet?

I haven’t seen any other wine region in the world where you have this shift in temperature. That’s what allows us to make this quality of wine. During the day, the temperatures here are not that different from Spain or Italy but, at night, it cools down. You make great wine not because of the day temperature, but because of the night temperature.

What’s more important in terms of making great wine, the work in the vineyards or in the winery? That’s easy. Petite Sirah with a rack of lamb grilled with aromatic herbs, salt, and pepper. That’s unbeatable. Because the tannins will give you a blast of flavour that are a perfect pairing for the fatty and spicy lamb. Just don’t forget the pepper.

What do you hope will be your legacy at Stags’ Leap?

I’m not pretentious to the point to think about the legacy behind me. I hope to leave the property, which is a beauty, in better shape than when I arrived. And I hope to leave behind me a few good wines. I will be happy with that.

What's the First Step Toward Becoming a Better Cook?

What's the Best Way to Make a Martini?

How to Win Big (at Eating) in Las Vegas

Why You Should Be Drinking Lambrusco, the *Other* Bubbly