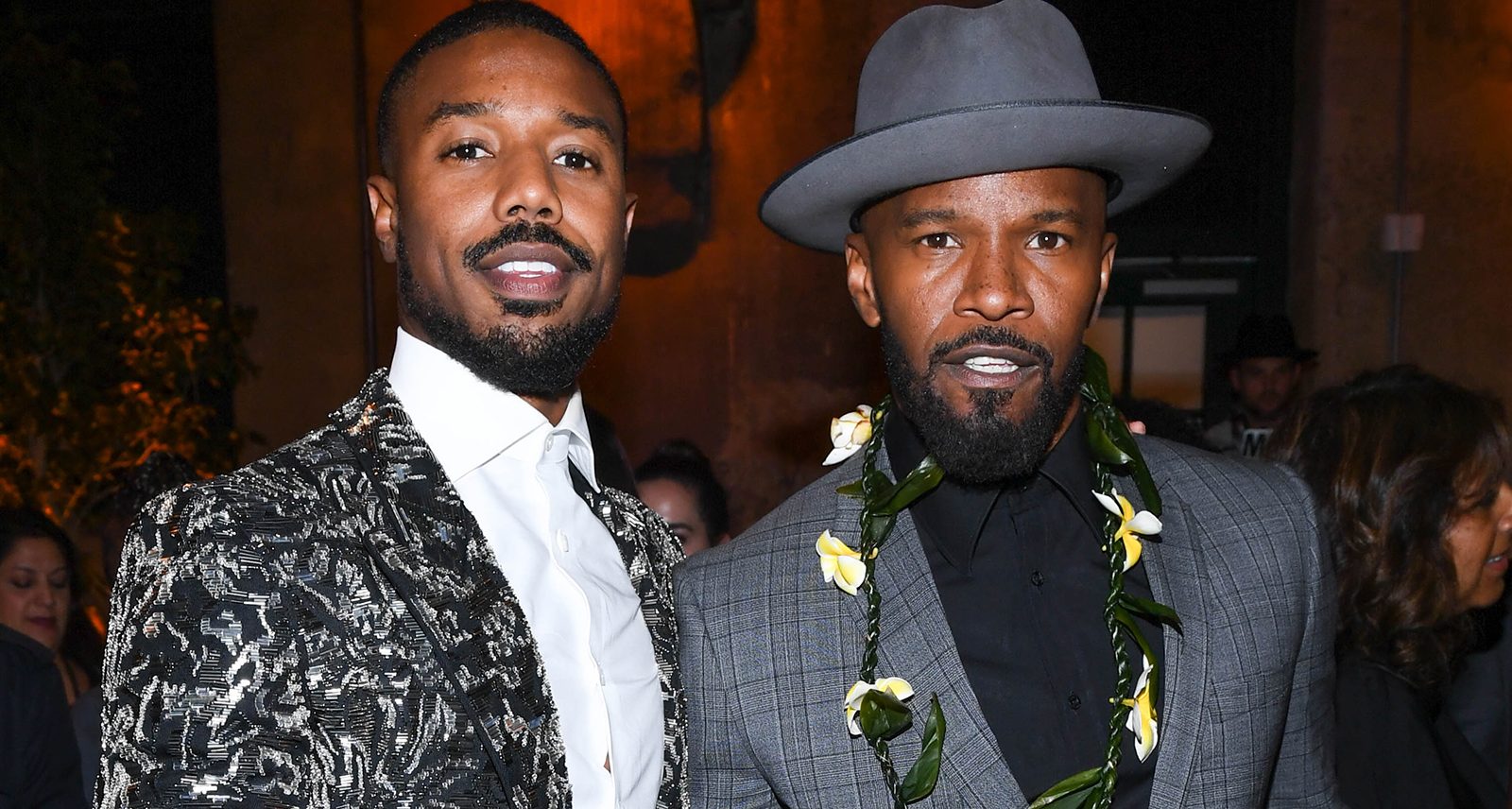 The Toronto International Film Festival is going on right now, and even if you didn’t know that, you could probably infer it due to all of the besuited celebrities turning up around the city. Yes, the festival is a lot more than just the films - it offers lectures, festivals, workshops, and events - but what we’re fixated on most right now is the fashion. Behold, the guys who totally slayed their looks this year. The Just Mercy actor pulled up to Roy Thomson Hall to strut the red carpet in anything but a traditional suit. Jordan opted for a long statement jacket with flashy detail and a white shirt underneath. He completed his look with matching shiny silver-detailed shoes and his flashy smile. Redmayne looked classy as ever as he sported a fitted dogtooth-print suit by Alexander McQueen for the premiere of his new movie, The Aeronauts, where he stars once again alongside his Theory of Everything co-star Felicity Jones. Stanfield attended the premiere of Uncut Gems in an embroidered black robe, white shoes, and shades. It’s clear his style is a lot cooler, more unique, and true to himself than the sunken character he played in Jordan Peele’s Oscar-winning Get Out in 2018. Jon Hamm opted for a checkered suit on the TIFF red carpet, as he was in T-Dot for the premiere of The Report. Looking as polished and dapper as Don Draper, Hamm tied his look together with a slightly-unbuttoned white shirt and black dress shoes. Although our eyes go directly to Craig’s edgy skull-print shoes designed by Yves Saint Laurent, we can’t help but notice the rest of his outfit. His well-fitted Neil Barrett suit keeps him looking sharp and the addition of his sunglasses is trés Bond. Jamie Foxx was looking Foxx-y at the premiere of Just Mercy. Sorry, maybe that was dad-joke overkill, but either way, it’s true. The actor dressed to impress in a light grey checkered suit, black button-up shirt, and a fedora. We’re lumping these two together because it seems like they spent most of TIFF by each other’s side. We’re sensing Hollywood’s newest bromance here! The two were in Toronto for the premiere of their film Endings, Beginnings. Stan rocked a brown suit with a tee underneath and Dornan wore a charcoal grey suit with crisp white sneakers. We’re here for this well-dressed duo. The New Zealand filmmaker came to Toronto for the premiere of dramedy Jojo Rabbit, which he directed and co-stars in (as the führer himself). His grey plaid suit and fresh white shoes matched his salt and pepper hair in the best way possible. The 16-year-old Vancouver native is quite the talk of the town these days after starring in three seasons of Netflix’s series Stranger Things, securing a role in IT and its sequel, and fronting indie band Calpurnia. He appeared in Toronto at the premiere of his newest film, The Goldfinch. He wore a sleek black suit with gold details and matched it with white shoes. A scary good look.

If What Did You Say Arab Women Can’t Do?” Were A Person, It Would Look & Be Amal Ameen

The Best Loafers Will Go With Absolutely Everything