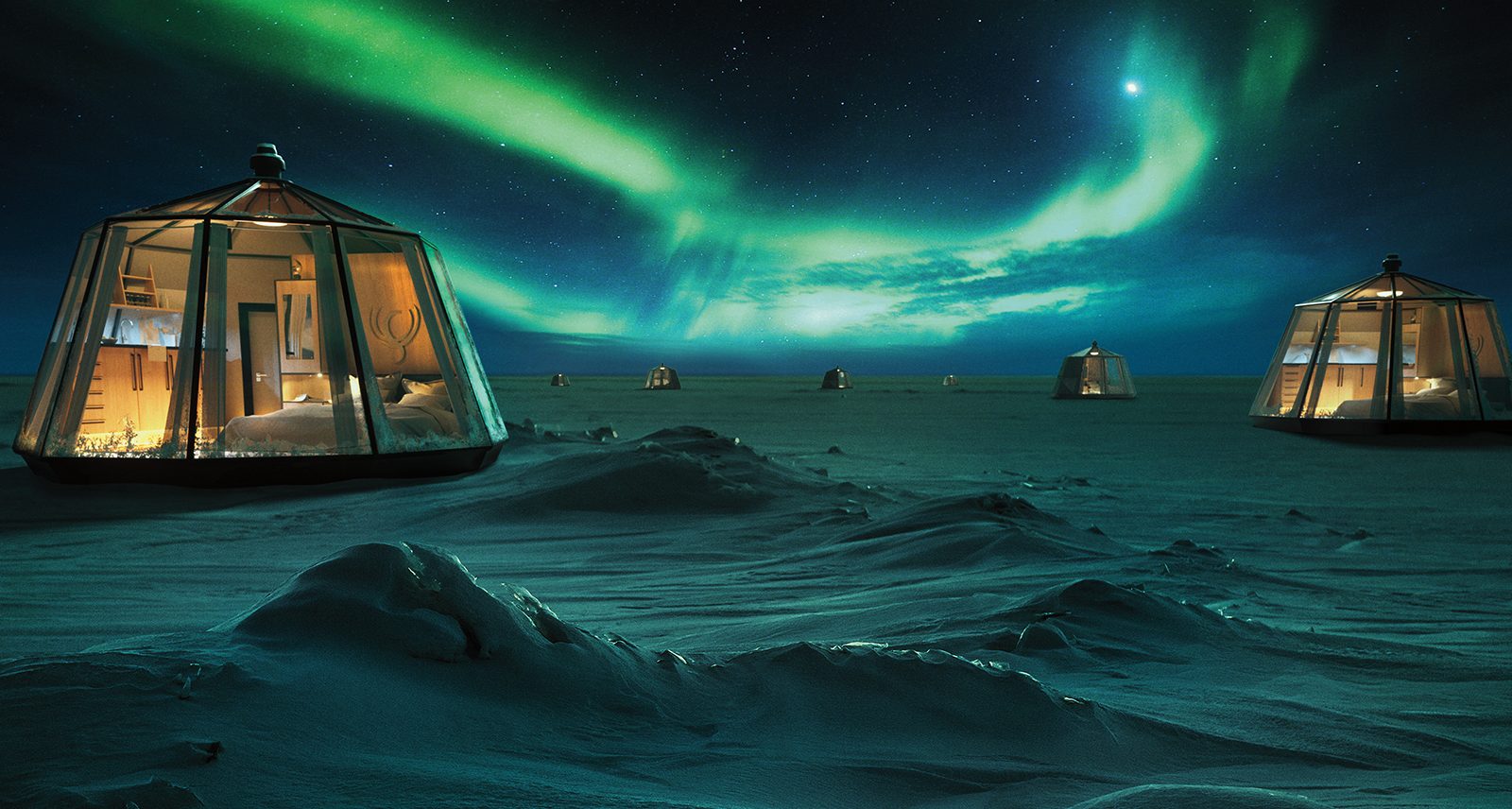 Nature’s most spectacular performance might not play out on a stage, but there are still VIP seats up for grabs. Nordic travel company Luxury Action is currently taking bookings for next spring’s edition of the Aurora Borealis.

Your vantage point: a glass dome stationed on top of an arctic glacier. It’s the kind of spectacular setting that warrants an extreme journey — specifically, a flight to Svalbard, Norway, where you’ll spend two nights, then a two-hour helicopter ride out to sea.

And while sleeping on an iceberg might sound like something from the second half of Titanic, these mobile accommodations are strategically sited based on the strongest part of the iceberg. So you can watch the light show in peace — without Celine Dion playing in the back of your mind.

Living The Glamours Life At The Dominick Hotel New York

6 Getaways That Will Warm Your Cold, Dead Winter Heart