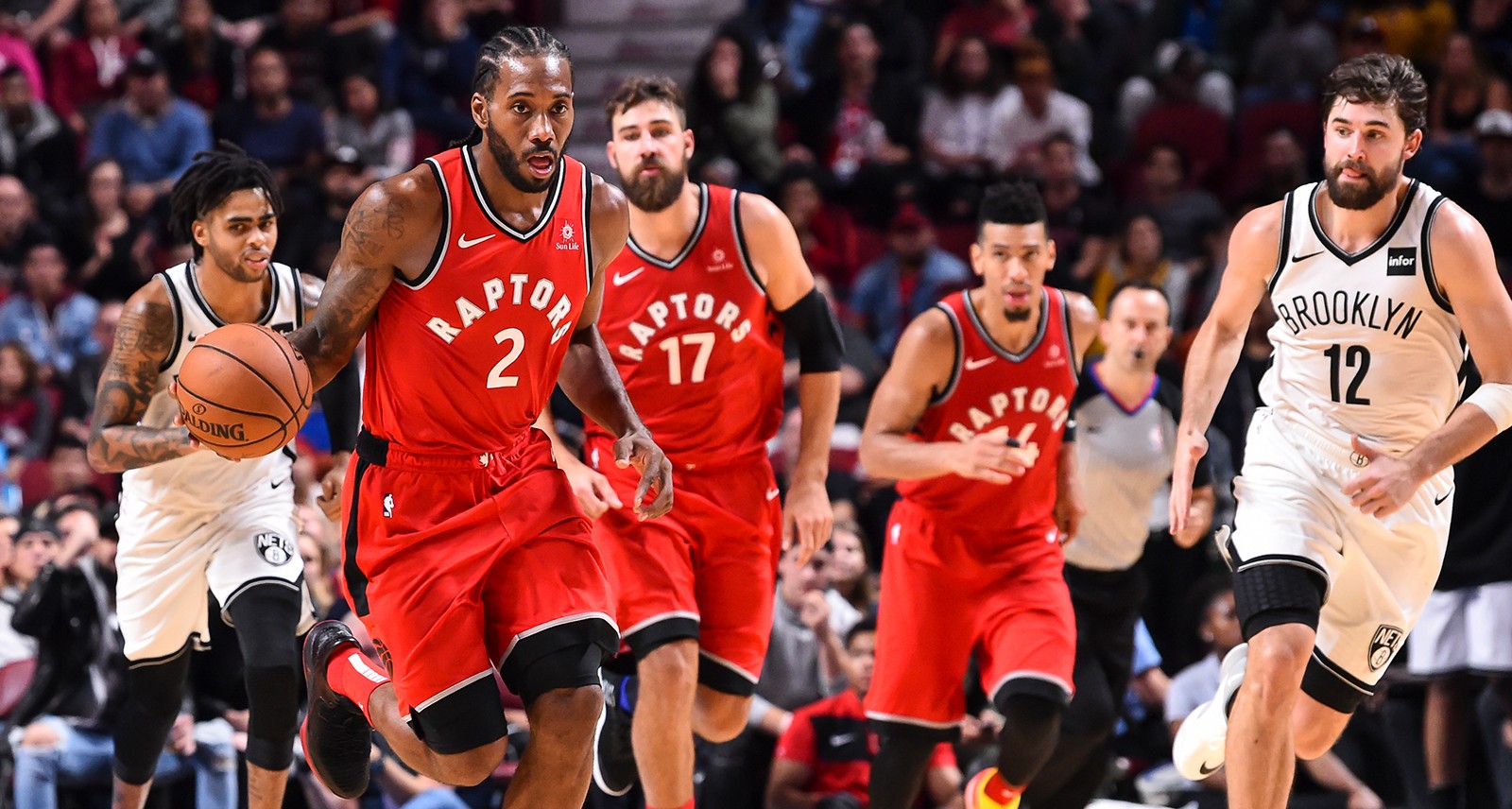 It’s hard to be a Toronto Raptors fan and not have a severe inferiority complex. Despite the team being one of the NBA’s best for the last few years, its games are rarely aired on national television in the U.S. This neglect has led Toronto fans to believe the league and the press are conspiring against them — that even the refs sabotage them because the NBA doesn’t want a Canadian team to succeed. That paranoia is, of course, exacerbated by the fact that the team tends to crash and burn in the playoffs. In any case, we interrogated Jim Jackson, basketball analyst at FOX Sports, to find out if the NBA is indeed an inside job.

As a Raptors fan, I’ve been waiting a long, long time for LeBron to leave the Eastern Conference. What do you think a LeBron-less East will look like?

Wouldn’t you want to beat LeBron? Doesn’t that add more credibility to your team, rather than leaving the question of, “Did Toronto finally conquer the Eastern Conference because LeBron left?”

Ha. I think I, along with most Toronto fans, lost hope of beating LeBron a while ago. We’ll gladly take the coward’s route.

[Laughs.] Well, with coach Casey out and Kawhi Leonard adding a new component to the mix, we’ll see. It’s tough to say with Toronto; their two main players until now, Kyle Lowry and DeMar DeRozan, just weren’t able to get over the top in the playoffs — especially against Cleveland. Those guys are very good, but they’re not on the level of a player who can carry a team through a tough seven-game series. They ran into the roadblock the Knicks and Patrick Ewing did in the ’90s — because MJ and the Bulls were there, it stymied their potential.

Can Kawhi lift us over that hump?

Well, there’s no question about his talent. But we’ve only seen Kawhi in that San Antonio system, where he’s been surrounded by Tim Duncan, Tony Parker, and Manu Ginóbili. We haven’t really seen Kawhi where he was consistently the go-to guy. This is the year for him to step out of the shadow of those players.

When DeRozan was traded, he complained about there being no loyalty in the game. You played in the NBA for 15 years. Is there less loyalty today?

There’s never been loyalty! As a player, you have to 1) take care of yourself and 2) understand that no matter what a franchise says, at the end of the day, they’re going to do what’s necessary from a business perspective. Listen, I got traded. I was in New Jersey playing well, but they had a chance to get the No. 1 pick — Keith Van Horn — by shipping me away. It was a no-brainer. Toronto traded for a top-five player and DeRozan is probably a top-15 player. Who do you predict we’ll see in the finals?

Pencil Golden State in there. I still don’t see a team in the West right now who can beat them when they’re on top of their game. In the East, I would say Boston.

But Toronto has Kawhi now!

Doesn’t matter. You don’t know what you’ve got yet with Toronto. But you saw what the Boston squad can do without their two guys — Kyrie Irving and Gordon Hayward — in last season’s playoffs. No doubt Boston is the favourite in the East, especially with LeBron gone.

Many Raptors fans feel they get shafted by the American sports media. You guys never play Raptors games or mention us in discussion panels or—

Hey! Listen: you win, you get on TV. But Toronto hasn’t proven they can be the team that draws eyes to the TV. I don’t care what sport you’re in — TV audiences want stars and winners.

Uh, we were number-one seed in the East last season…

But you still weren’t the draw, nationally. Okay? That’s like saying, “Well, the Jacksonville Jaguars, they’ve never won a Super Bowl, but they were beating everybody down last year. Why didn’t they have the same type of TV draw as the Dallas Cowboys, who weren’t as successful?” It’s like the Yankees or Red Sox — some teams just have an intrigue or sexiness about them. Whether that’s fair or not, it doesn’t matter.

Is all this discussion meaningless because Golden State will inevitably win again this year? And isn’t it frustrating seeing the same thing over and over?

I didn’t get frustrated when it was Boston and the Lakers! Keep in mind, there has never been parity in the NBA — it’s a false narrative. From the ’80s until the Miami Heat won it in 2006, there were about only eight franchises who won the championship. You’ve had the domination of the Lakers, the Celtics, Houston for a couple years, the Lakers again with Kobe and Shaq, San Antonio, and now the Warriors. It’s a superstar’s game. You’ve got the top two, three, maybe four teams, and everybody else is just trying to figure out where to fit in.

These Are the 4 Most Beautiful Basketball Courts in the World